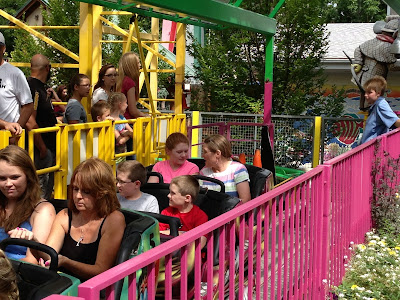 To end our stay-in-Utah summer we went to Lagoon amusement park for the day. It was a cloudy, not too hot day. Surprisingly it was also not very crowded. We did all of the roller coasters. The smooth running double loop Colossus was our favorite followed by Spyder, Wicked, Blast Off, the Old White original and finally least favorite the jerky Wild Mouse (above). 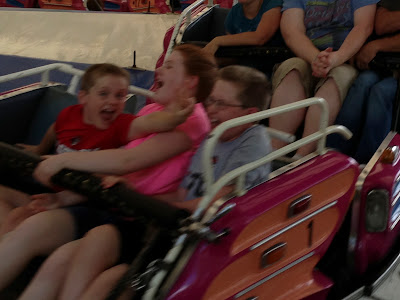 Dad was recovering from a bout of food poisoning which only amplified his disdain for circular rides. The kids however loved them. 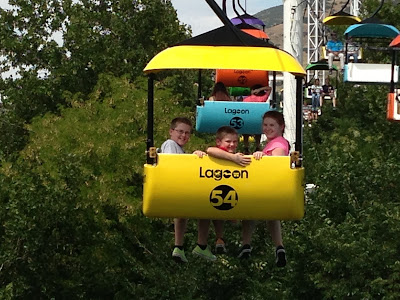 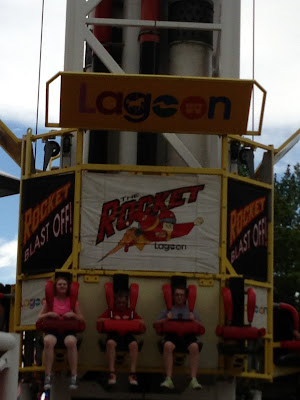 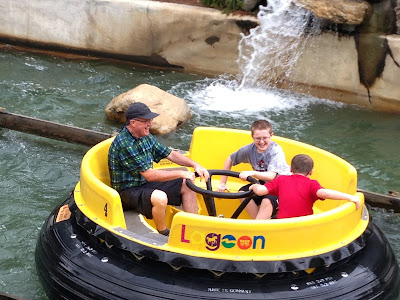 Second time on Rattle Snake Rapids--we all got drenched (particularly Marie) the first time around. 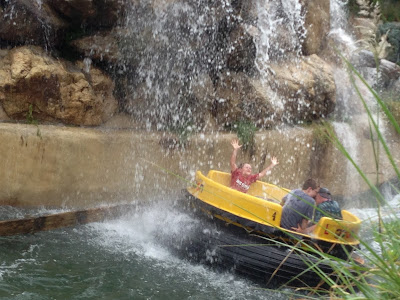 Sarah took these two photos with my iPhone. Joel and dad are fighting for a dry spot, while Will soaks it all up.

To end the day the three kids played against each other on Whack a Mole. We paid $18 for three rounds knowing that one child would win each time and that we could then combine the three wins to get a big prize. Sarah easily won all three rounds against her brothers and so she got to choose the prize--a big stuffed elephant  (with a price tag of $19.99). Heck of a deal. 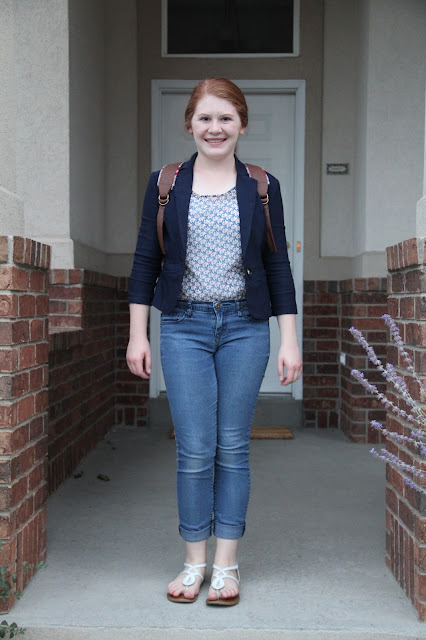 Sarah off to her first (sophomore) year at Springville High. She chose to take early morning seminary so she would have room for some fun classes (drama and orchestra) to go along with the likes of Chemistry and AP World History. 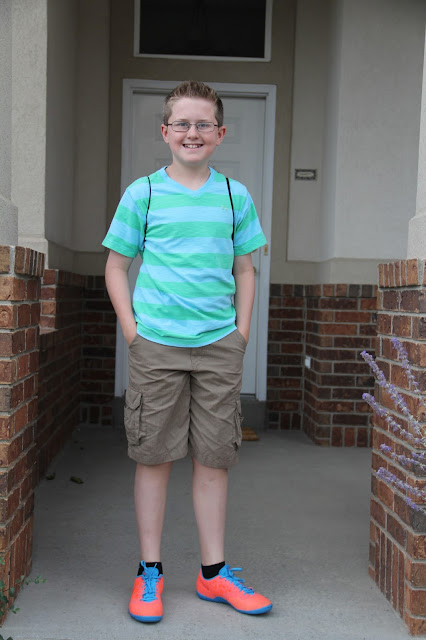 Joel off to his first (7th) year at Springville Jr. High. He is starting band on the bass trombone played by his uncles Bob, Jake and Tom. He is also running cross country which will certainly keep him in good shape for soccer. 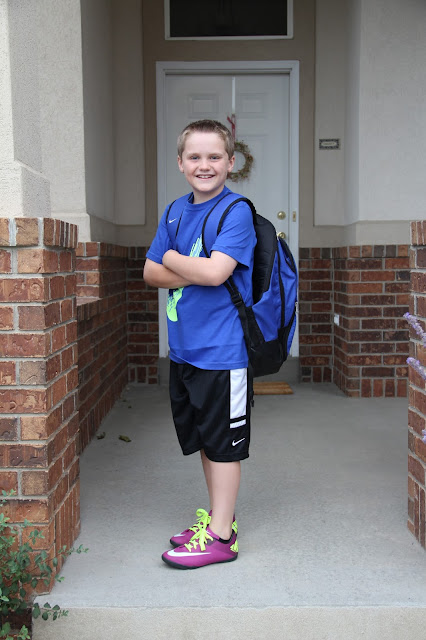 Will off to third grade at Brookside Elementary. Thanks to cousin Alex for the sweet purple shoes. I think Will (with a Nike swoosh on his shoes, socks, pants, shirt and back pack) should be paid by Nike for being a walking advertisement. Nike may also want to endorse him after the hat trick (three) of soccer goals he scored last night in his club soccer game. 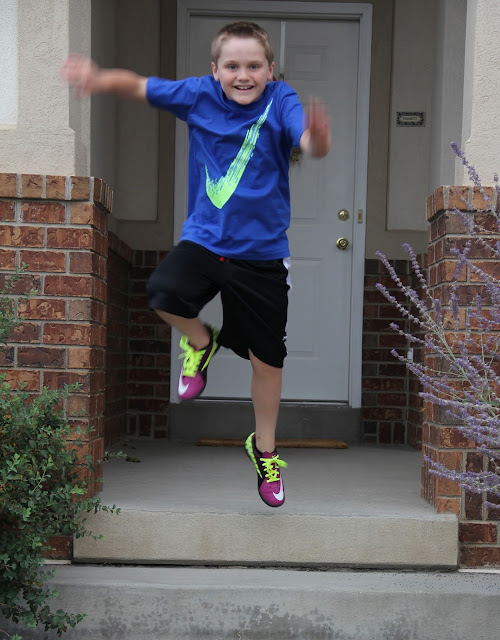