The Worth of Walls

Walls have always been the standard fare for protection along the narrow land bridge called Canaan/Palestine/Israel. Often they kept invaders at bay. At other times walls were of little worth. 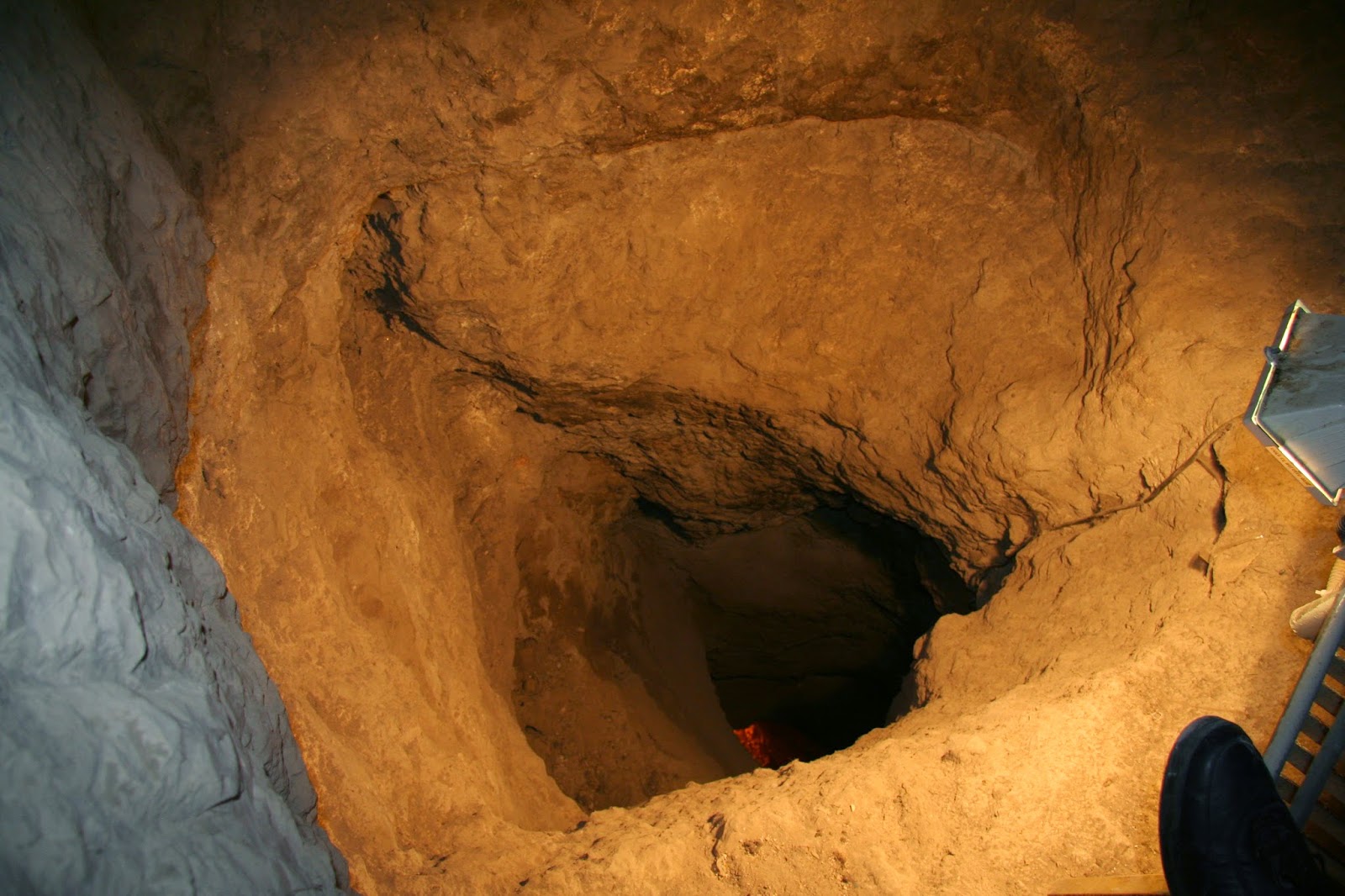 King David's men were able to circumvent the walls of the Jebusite city and conquer Jerusalem by climbing up through the water access tunnels into the city. 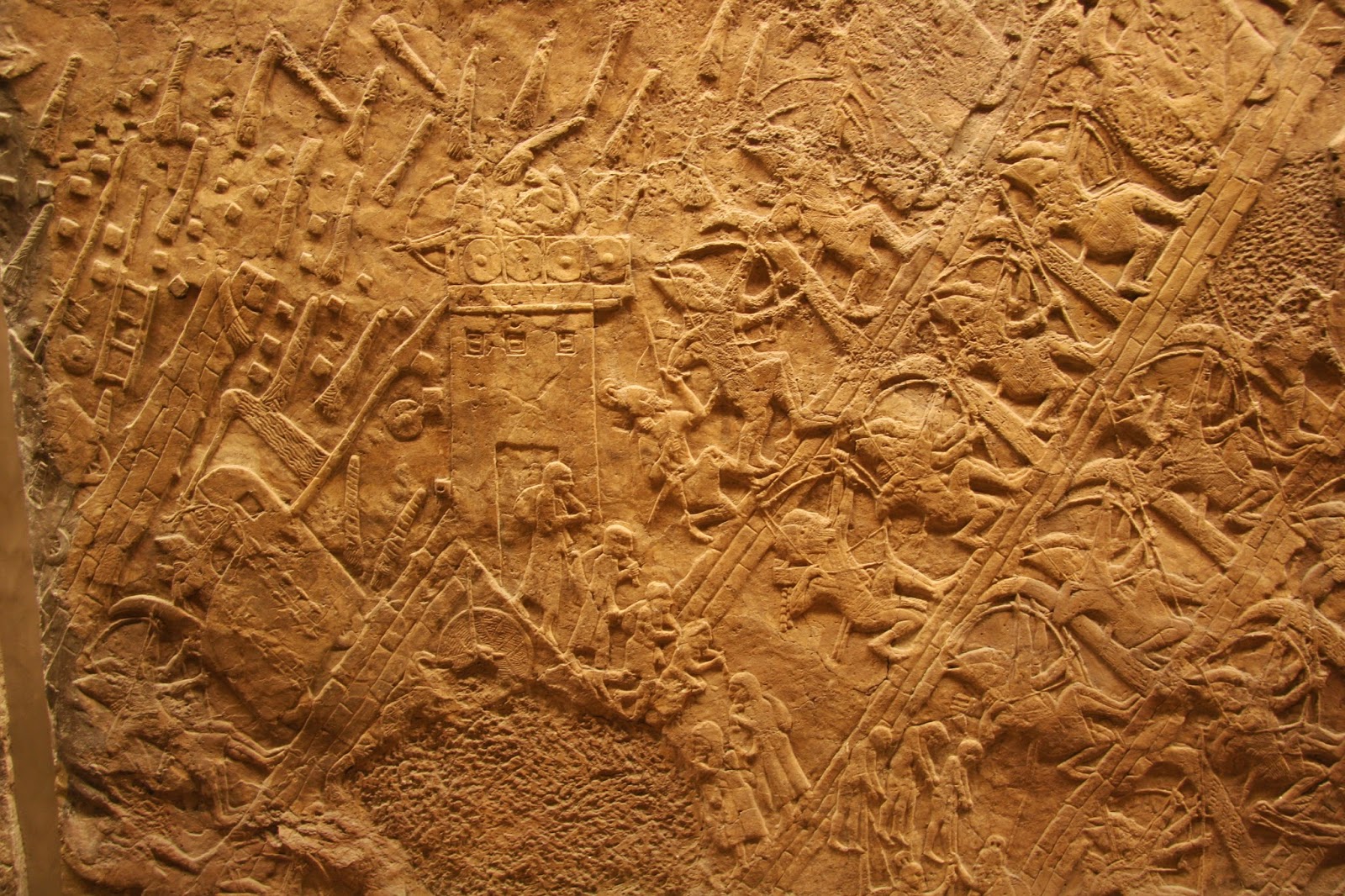 This Assyrian relief on display in the British Museum documents how the troops of Sennacherib were able to breach the walls of Lachish. 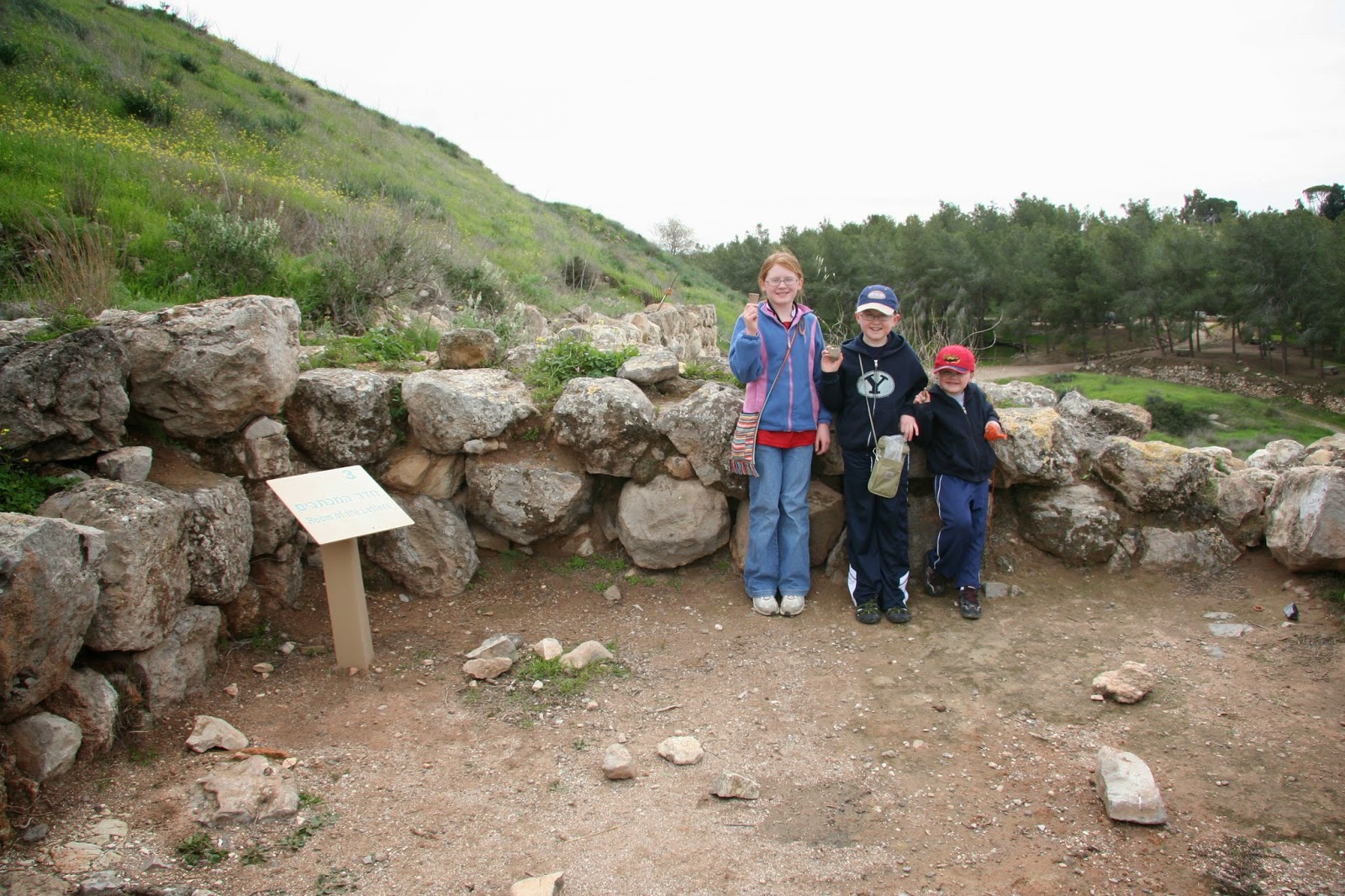 A century latter the Babylonians were also able to conquer a re-built Lachish and other fortified cities of Judea. The Lachish letters found written on potsherds in this gate house tell that the hilltop fortified town of Azekah to the north had fallen (its signal light had gone out) and it looked like Lachish was next. It was. 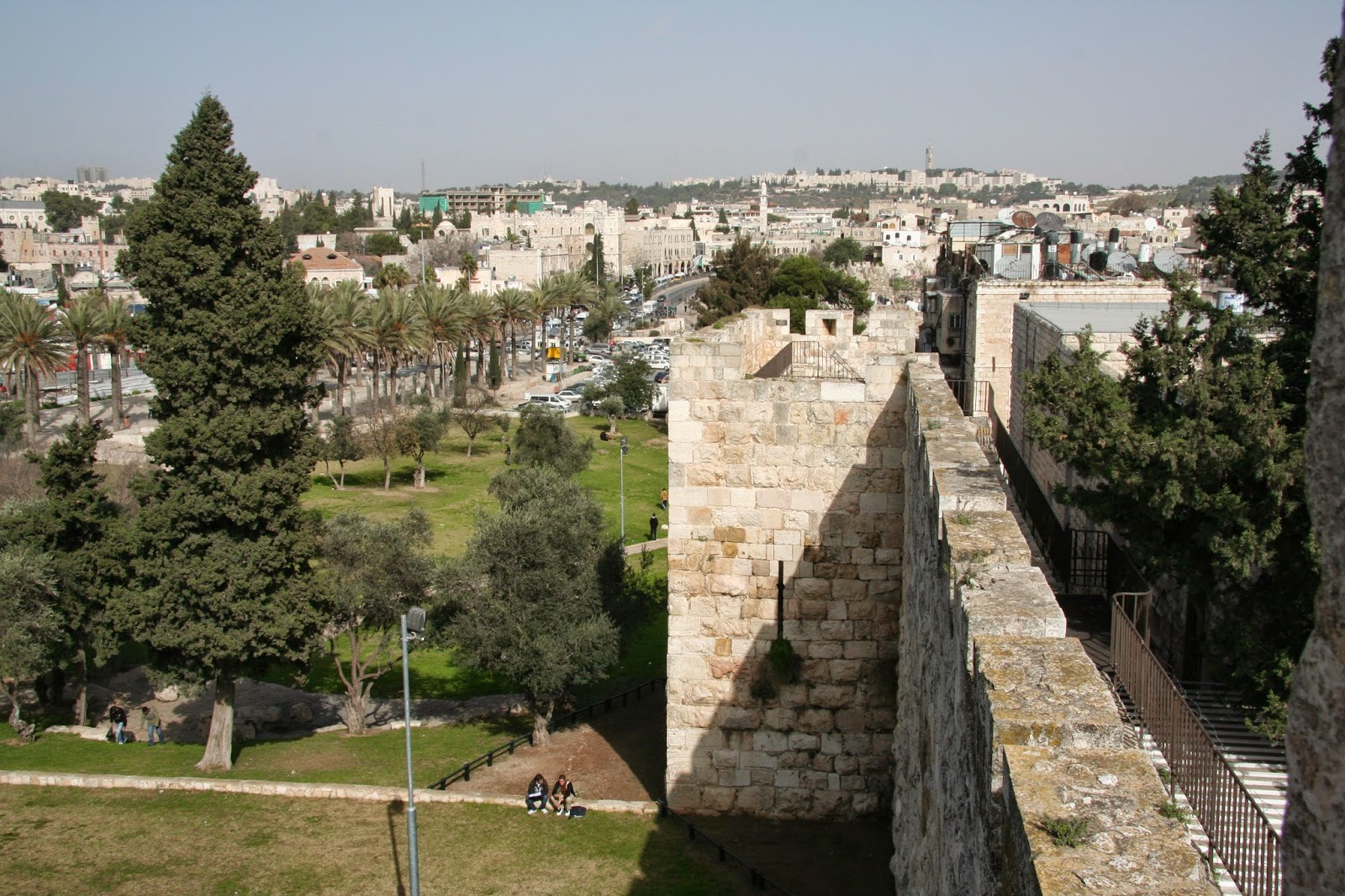 The crusaders breached the walls of Jerusalem from the north where there was less challenging topography. 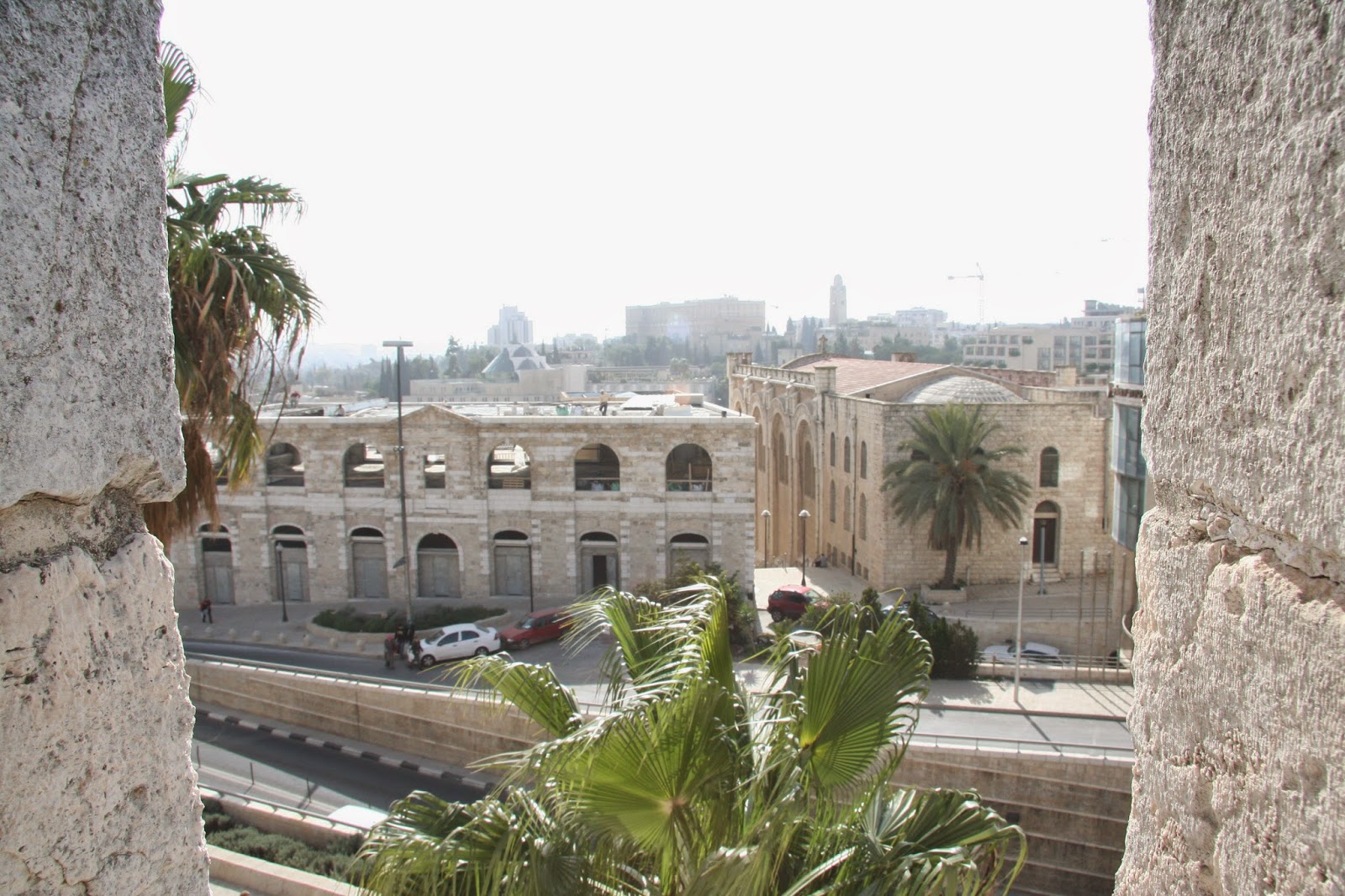 Jordanian troops held on to the old city from atop its walls from 1948-1967 only to then fall to Israeli forces. 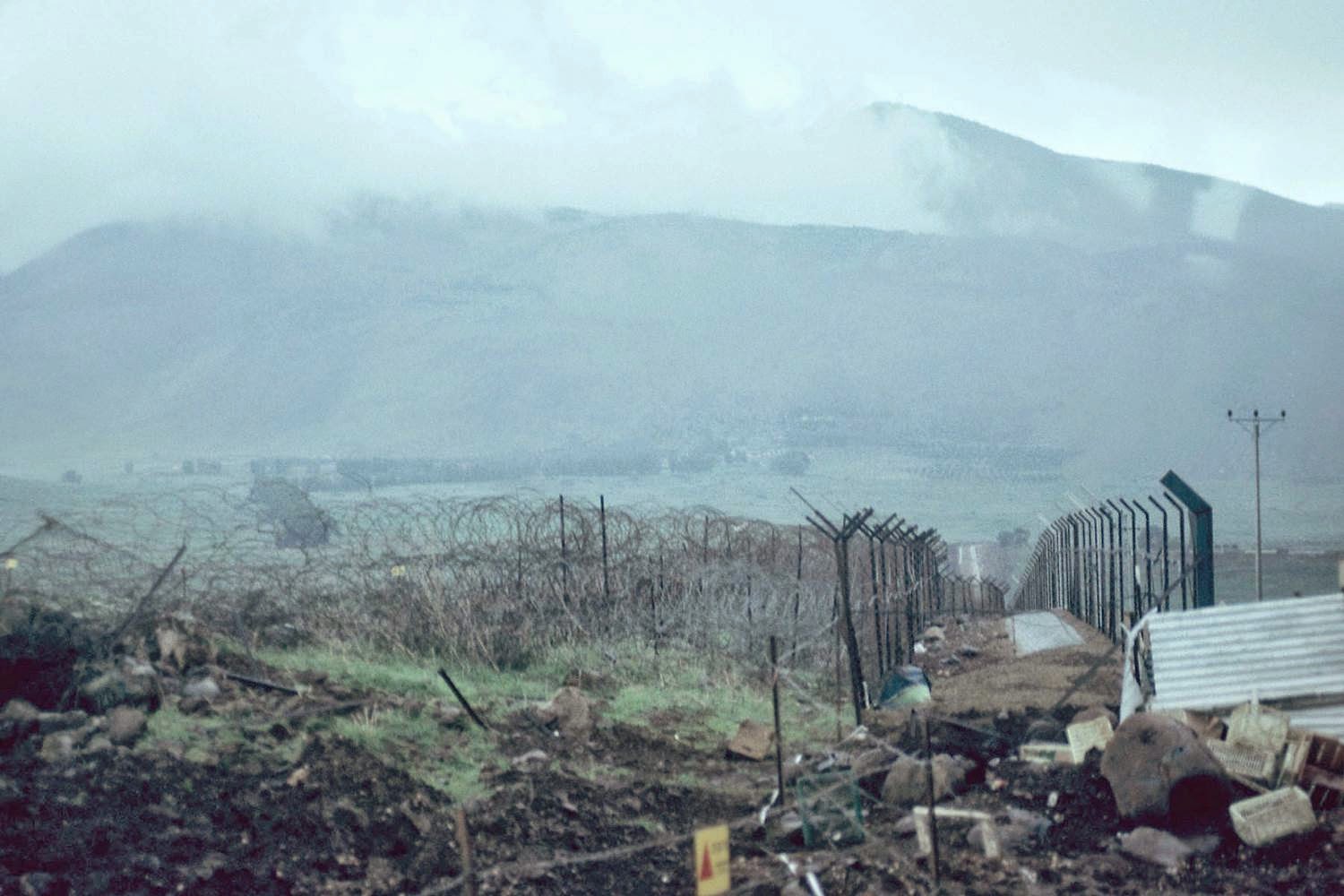 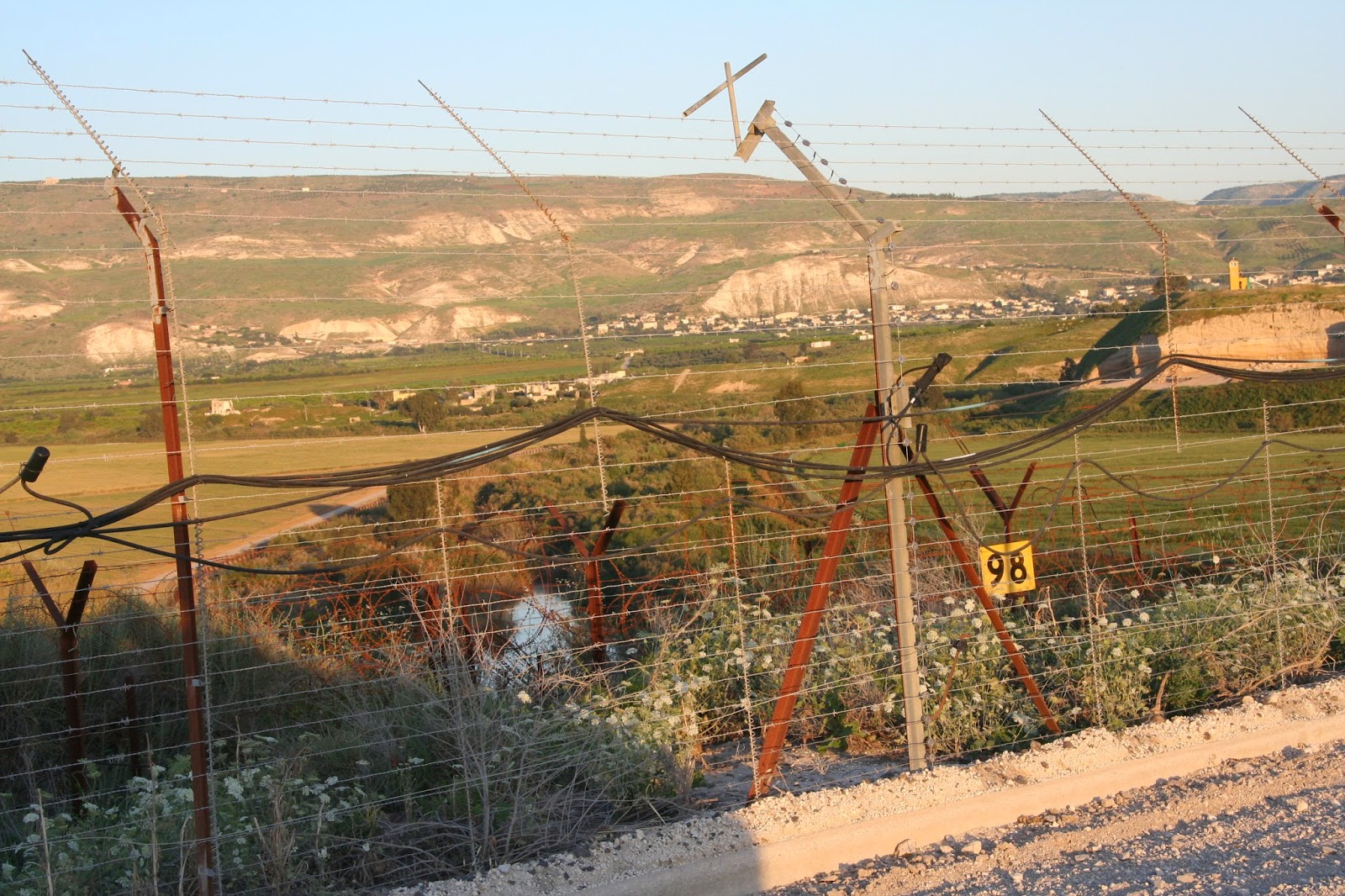 Israel-Jordan border along the Yarmuk River 2010 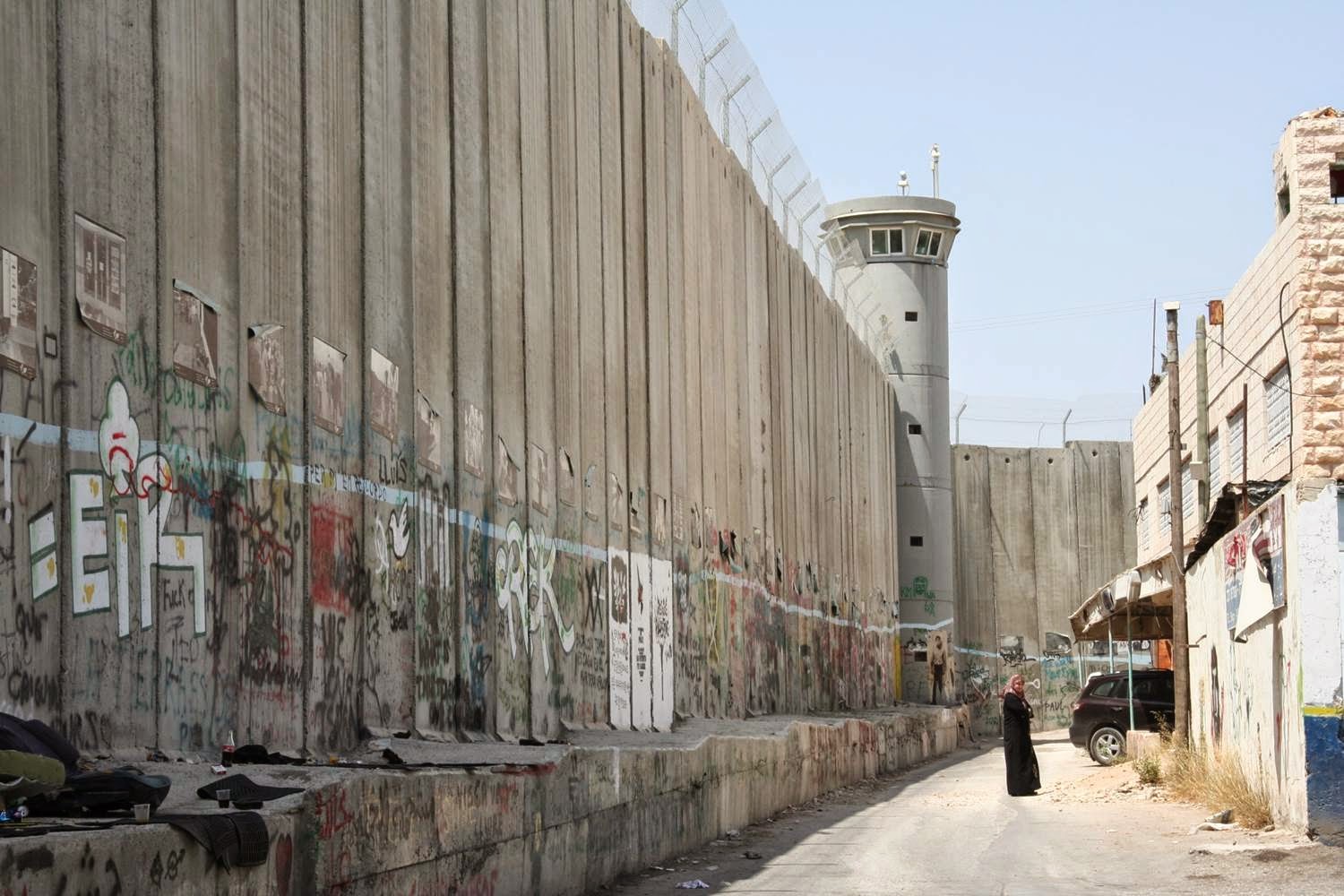 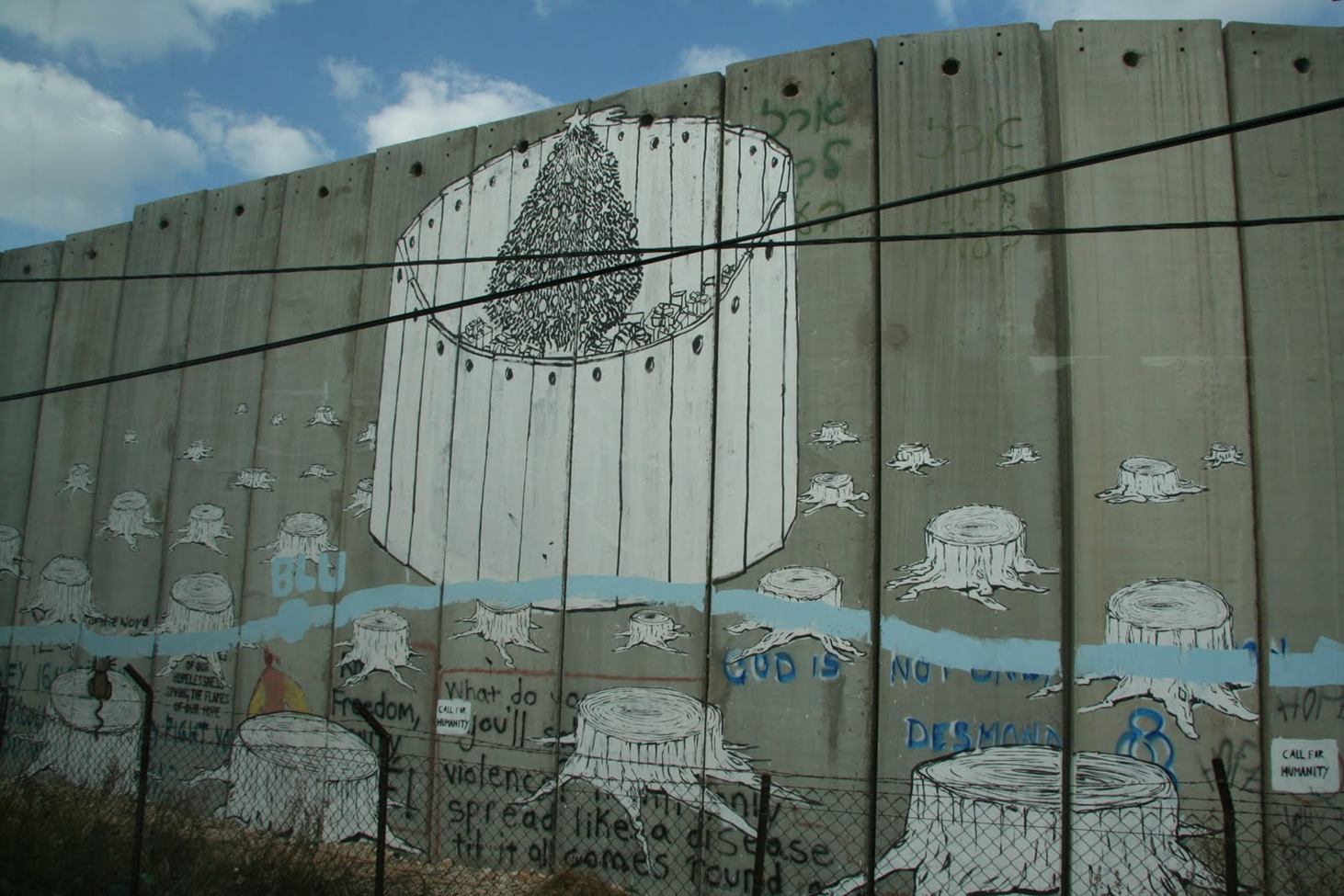 Palestinian side of the Bethlehem-Jerusalem wall. 2010

That border fence in many ways forced the Palestinians to fight the battle for control of territory from within. When suicide bombers from the occupied territories threatened Israelis on their buses, in their discos and at their hotel Passover Seders, Israel sought the security of another wall. 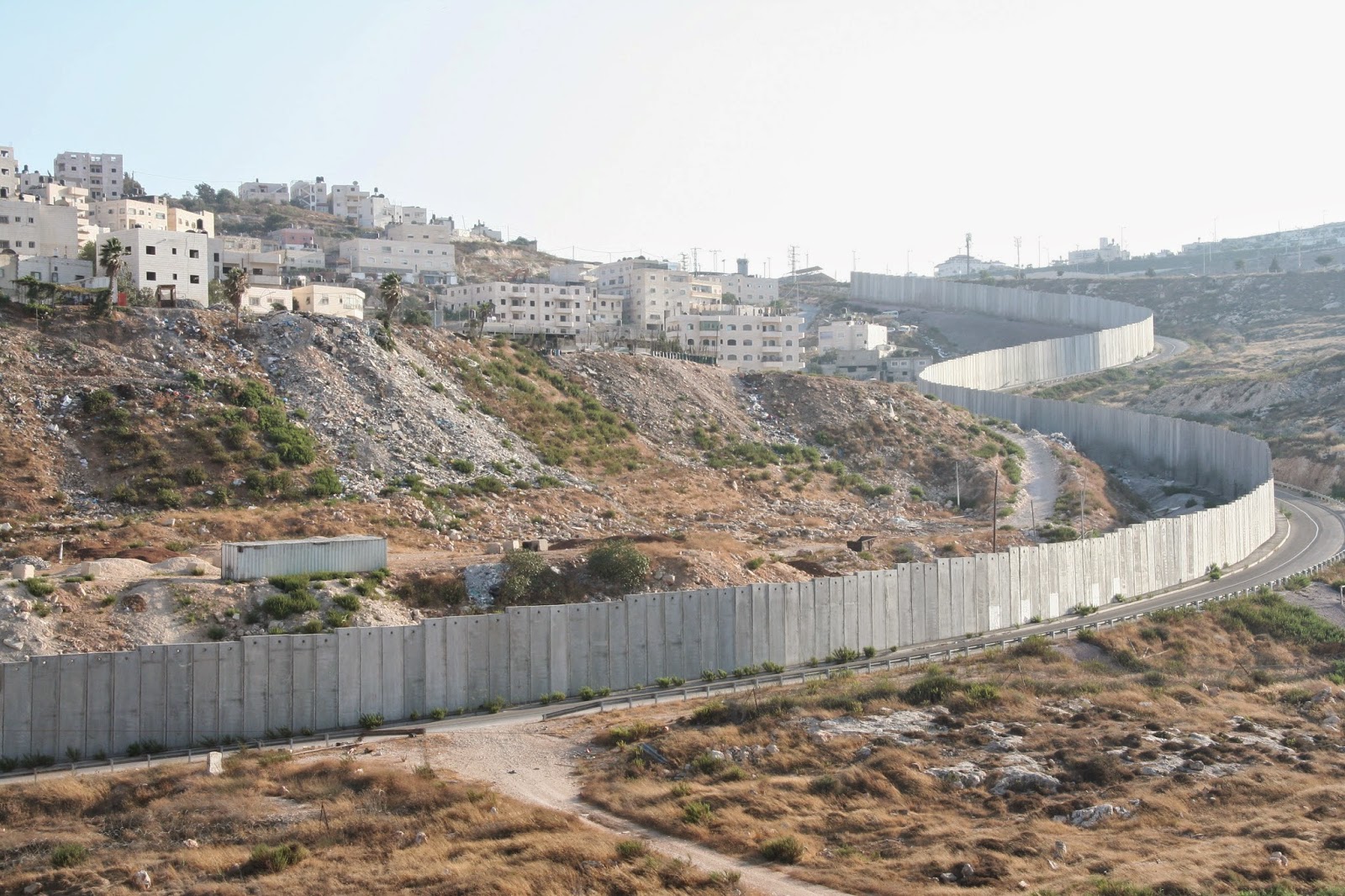 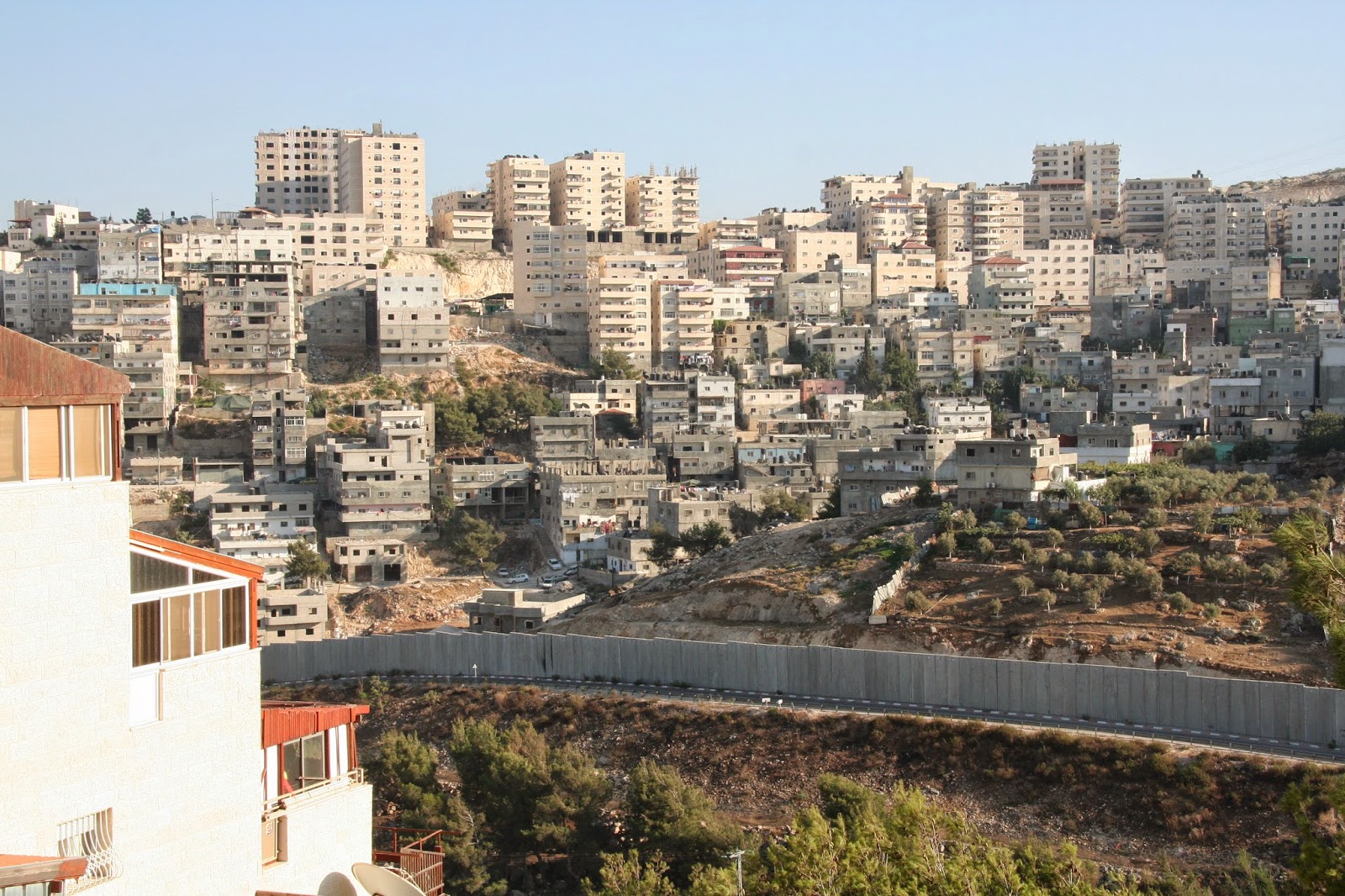 Israeli side of the wall in Northeast Jerusaelm between Anata and Pisgat Ze'ev, 2010

For more than a decade that wall has helped to keep terrorists from the West Bank and Gaza out of Israel proper and brought relative peace to the every day lives of Israelis. 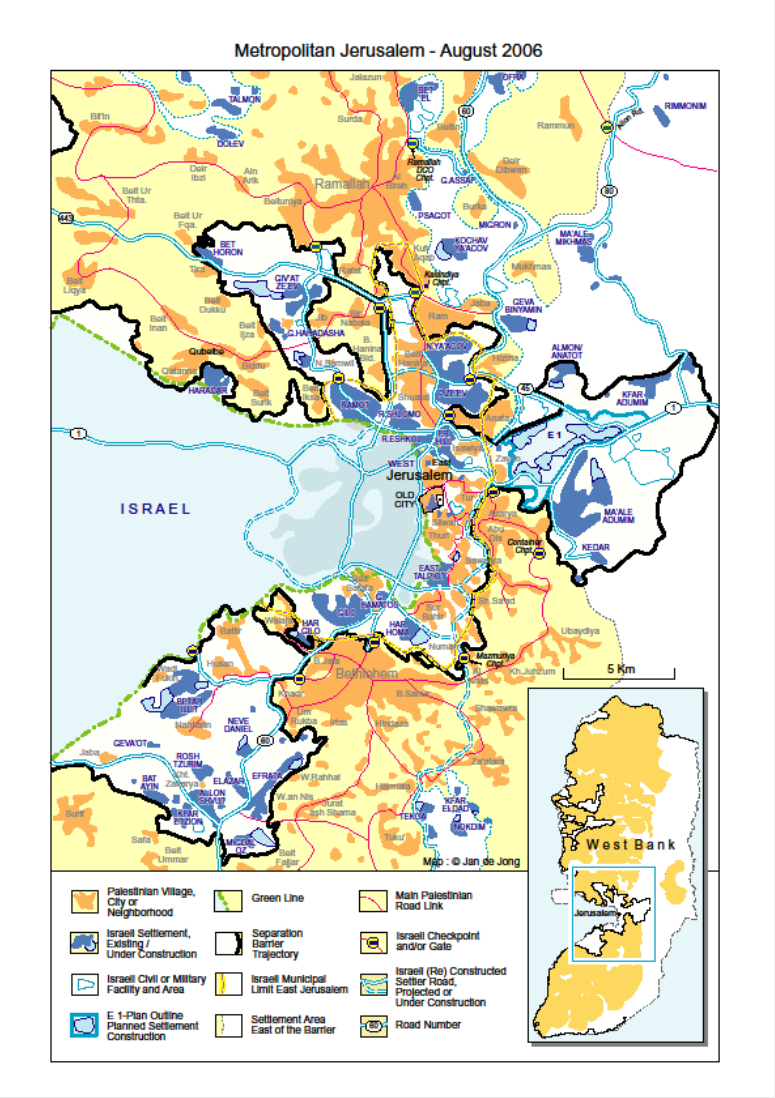 Recent terrorist attacks in Jerusalem including the horrific attack yesterday in a Synagogue as well as driving cars into bus and tram stops raises the question of whether or not walls are leading to greater security. They may be of worth in keeping most attackers out, but what if those attackers come from within? The two attackers in the Har Nof synagogue were native Jerusalemites from the East Jerusalem Arab neighborhood of Jebel Mukaber. The terrorist who two weeks ago drove into a street car stop killing two people, one an infant, was also from an Arab neighborhood in East Jerusalem on the Israeli side of the wall. 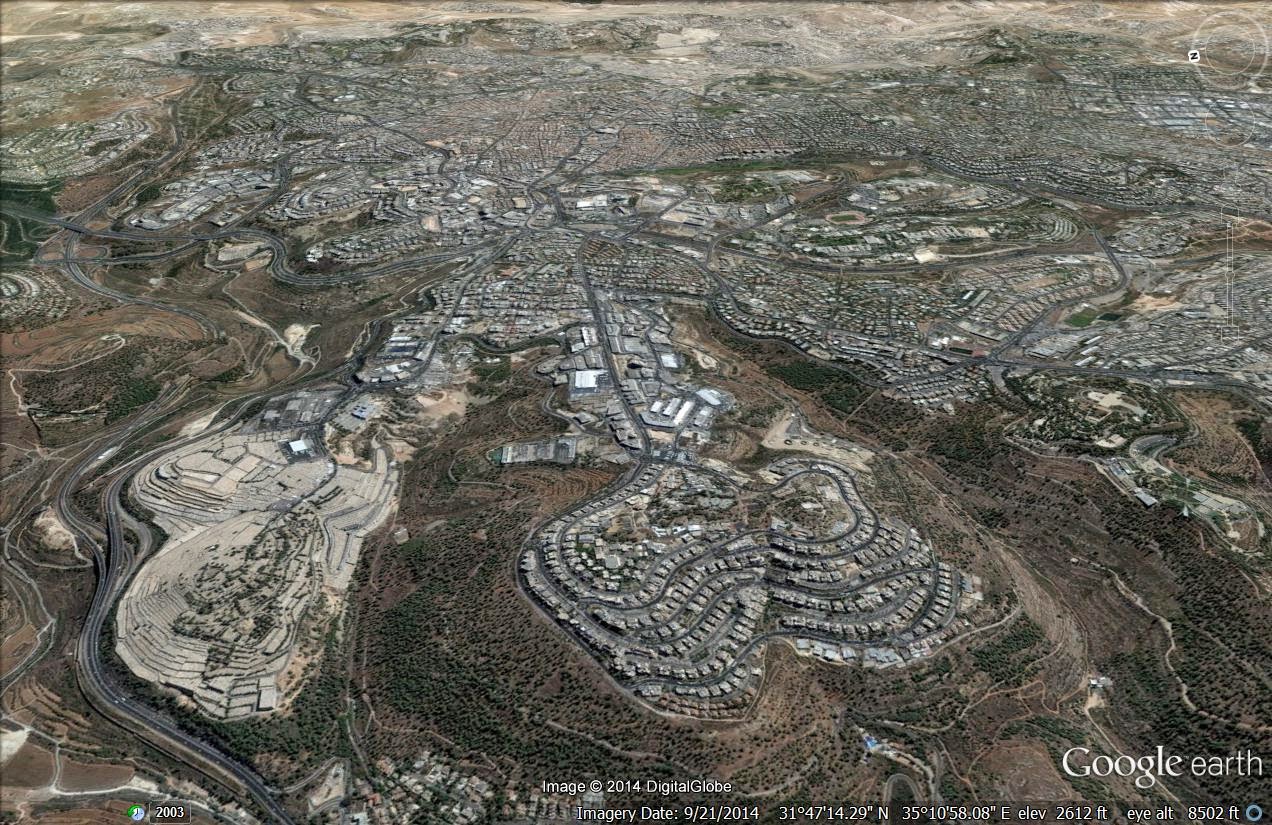 The Har Nof neighborhood (lower middle of photo) of Jerusalem is on the far west side of the city just north of Mt. Herzel and the holocaust museum of Yad Vashem (right lower center). To its north is a huge hilltop Jewish cemetery that rises above the main Tel Aviv-Jerusalem road. This cemetery mirrors the large Mt of Olives cemetery far to the east on the Mt. of Olives (topmost center). Har Nof is home to orthodox Jews from all over the world. The four stabbing victims were immigrants to Israel from the United States and England. They were certainly aware of the insecurity of fellow Israelis who live near the tunnels and missiles of Gaza or the settlers in the West Bank whose daily movements must always consider security, but I doubt on this day of morning prayer that any of them ever thought that their isolated neighborhood far from the border fences and Jerusalem's security wall would be attacked. In retaliation Israel can choose to demolish homes or beef up Jerusalem's police force or build more ghettoizing walls, but there will never be peace in Jerusalem's neighborhoods as long as one part of its population lives in such a frustrating situation that doing crazy, horrible things seems to make sense in their minds.

In my opinion the fences of Israel and the security wall of Jerusalem and the West Bank will never be of worth in this tit-for-tat, eye-for-an-eye, they hit me first stupidity. Unless there is a change in the staus quo of doing nothing to make peace work, these two intertwined peoples will never know peace. Either declare two states, put up a fence and choose to live side by side in peace or tear down all of the internal walls and establish one state where every Palestinian and Israeli is an equal citizen with the same rights of movement and access to holy sites, and the same rights to participate in governance. 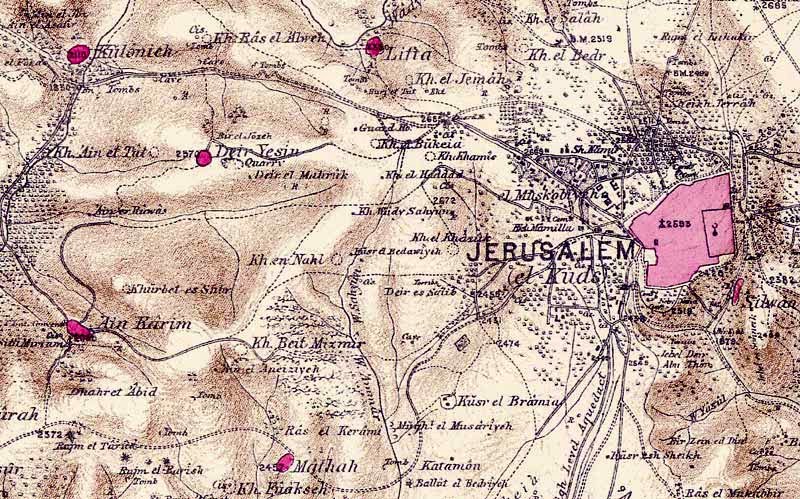 Har Nof is located on the same hill as the one time Palestinian village of Deir Yesin/ Deir Yassin (upper left) where on April 9, 1947, over 100 unarmed Palestinian villagers (women and children included) were murdered by Jewish terrorists. The cycle continues.

For more on my views please see this previous blog post: http://beitemmett.blogspot.com/2014/07/the-israelipalestinian-conflict-my-view.html