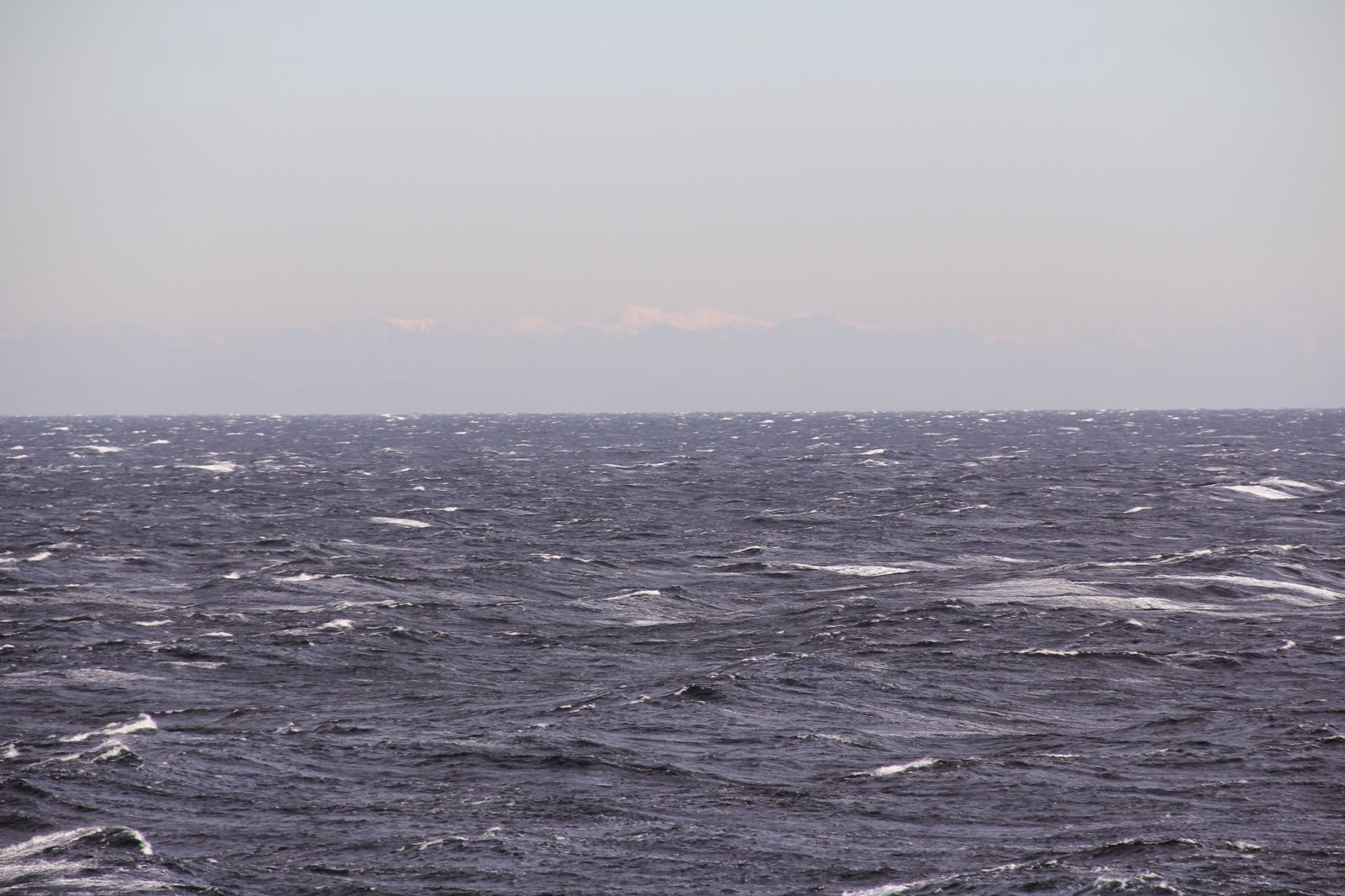 Wednesday we spent the day slowly sailing from Yokohama to Kobe. There were strong cold winds from the northwest all day.  Most of the passengers opted to travel overland--that meant no classes to teach. In the afternoon the faculty kids on board joined the Emmetts in one of the classrooms to watch Empire of the Sun. Notice the snow capped mountains of central Honshu in the distance. 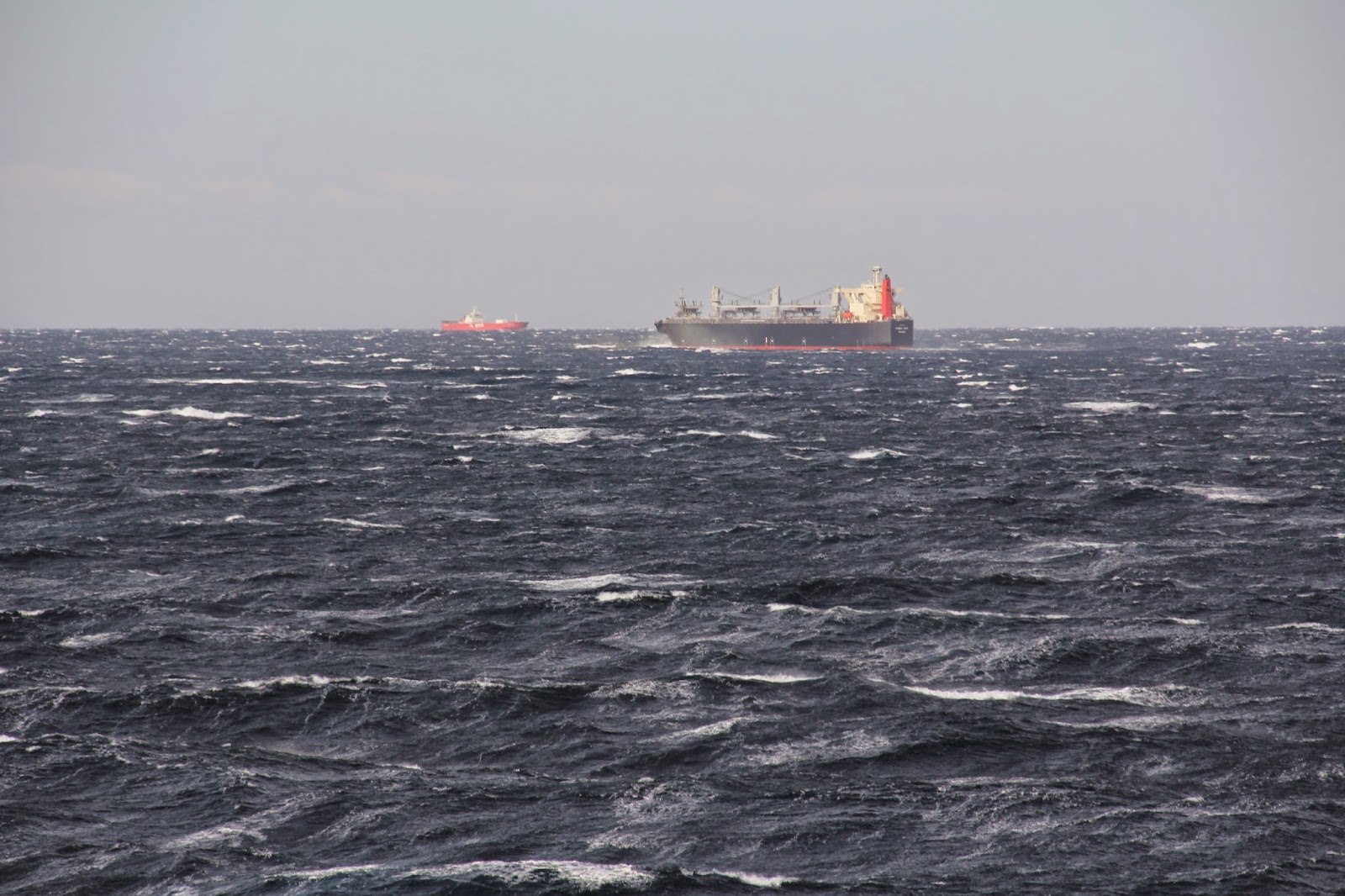 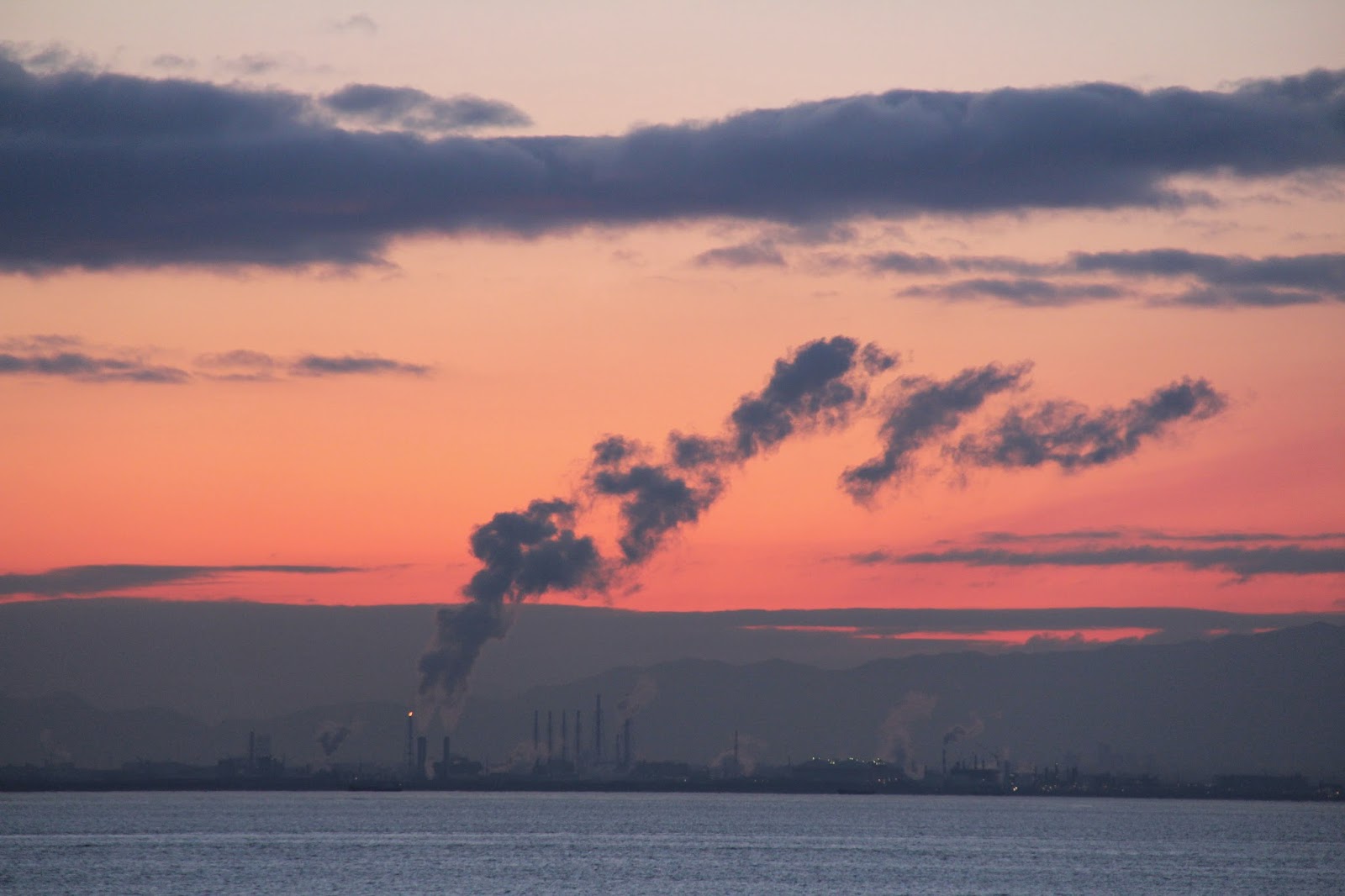 From 6:45-8:00 from the cold and windy top fore deck I watched as we sailed in to Osaka Bay. Sorry about the photo dump (there are plenty more not dumped) but it was all so beautiful and so representative of Japan, besides the rising sun there were tons of ships, ports, industry, mountains, limited coastline and plains, plus the awareness of the 1995 Kobe earthquake. 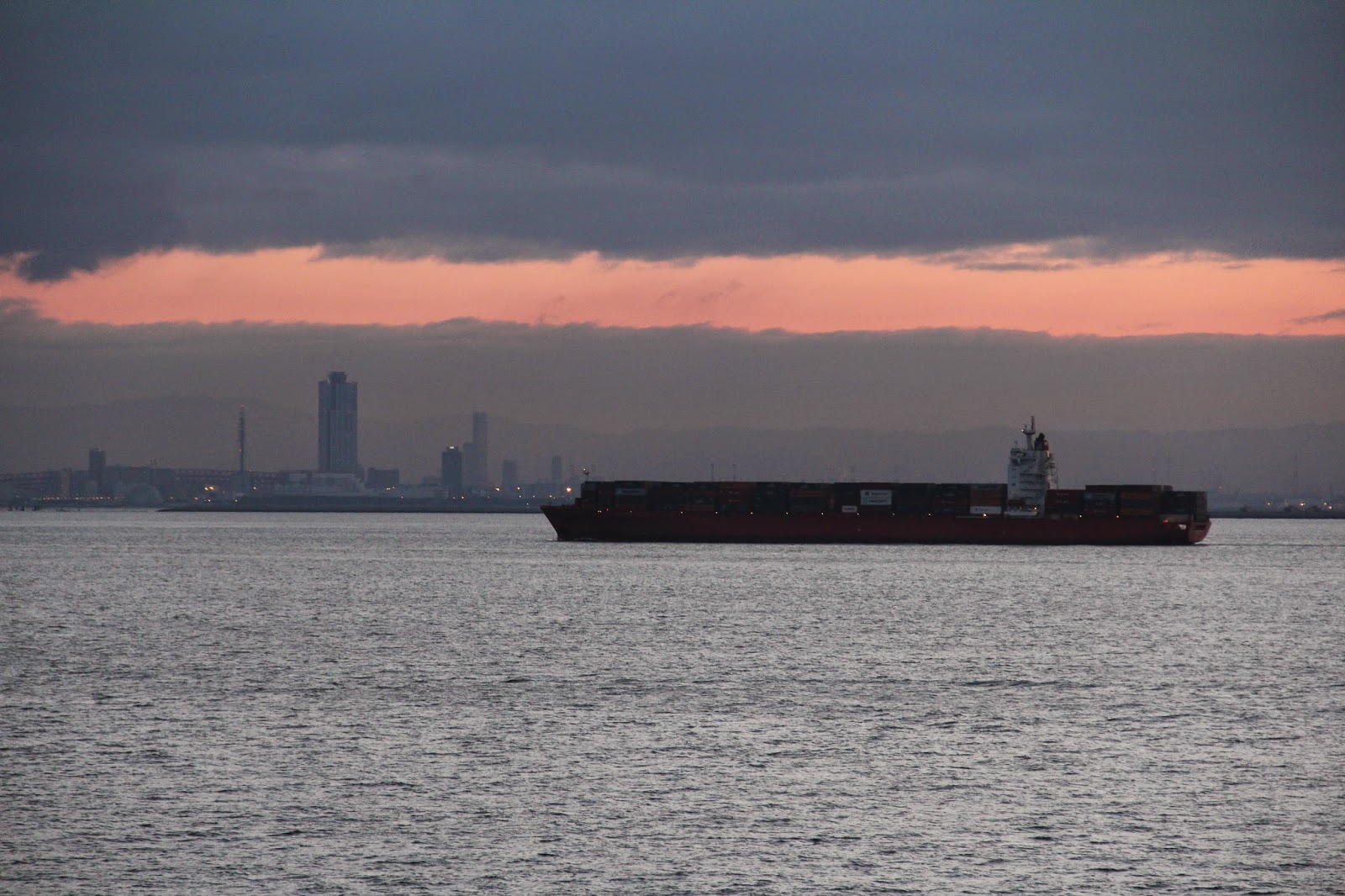 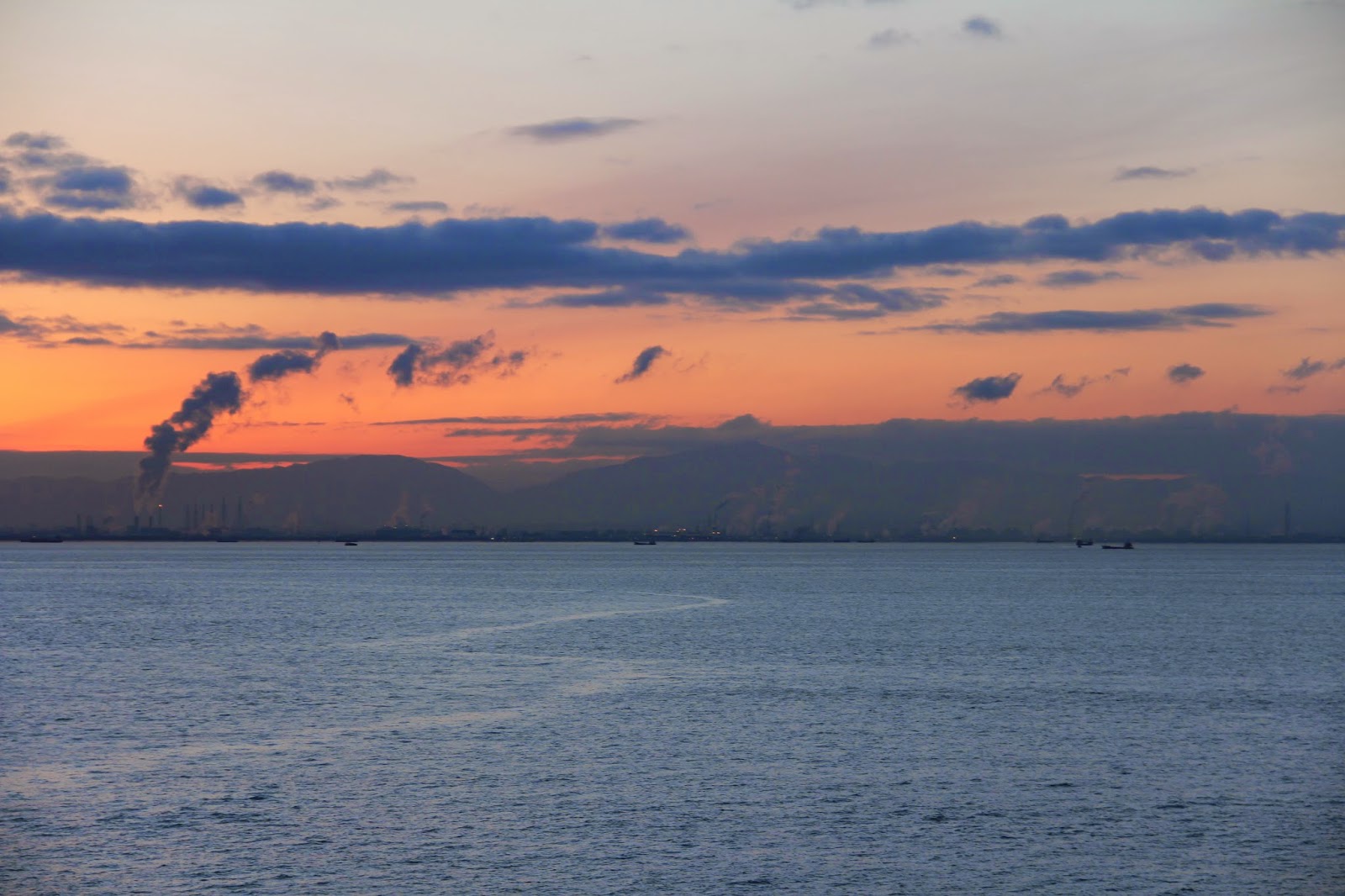 The eastern end of the bay and Osaka. 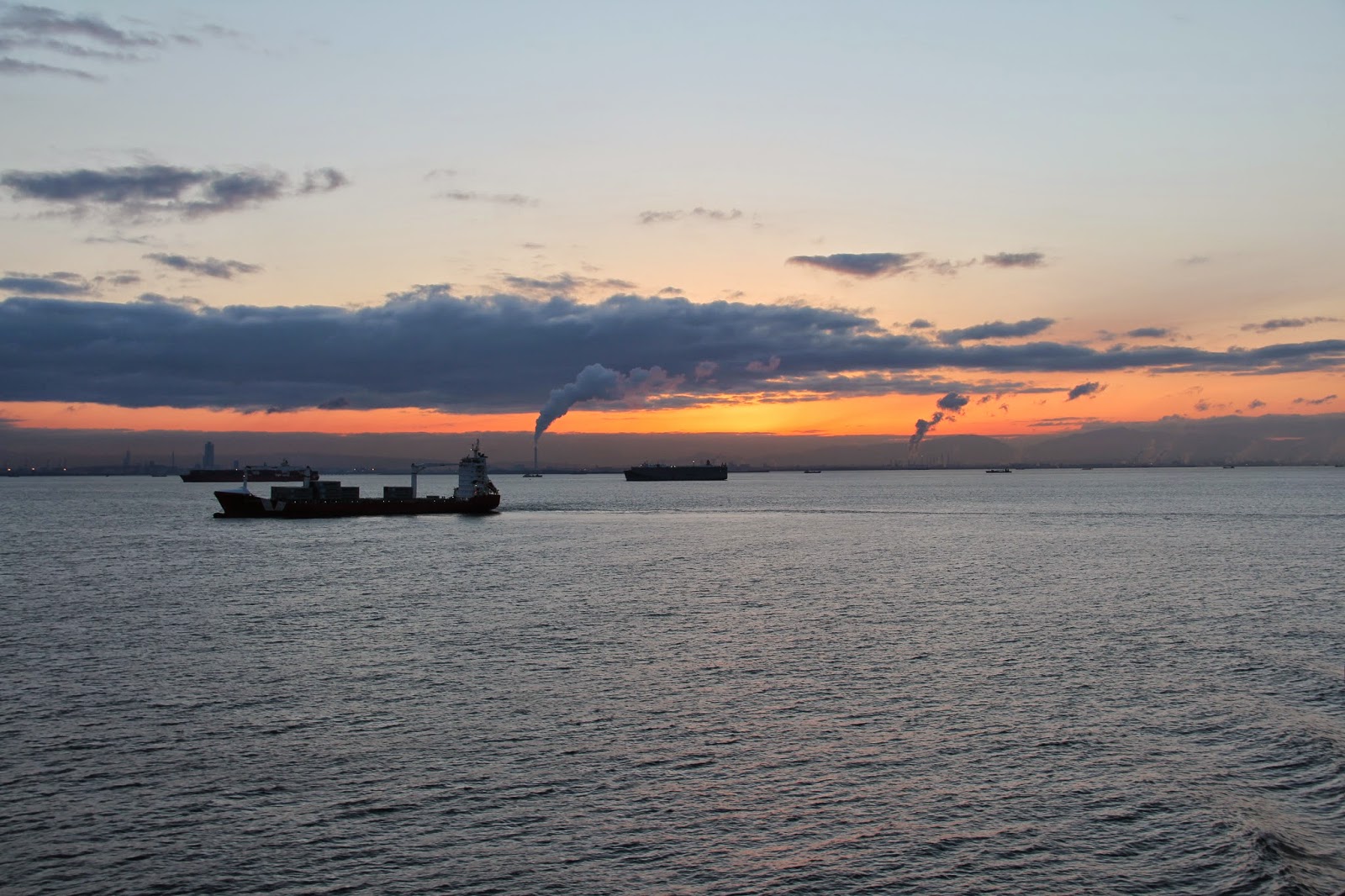 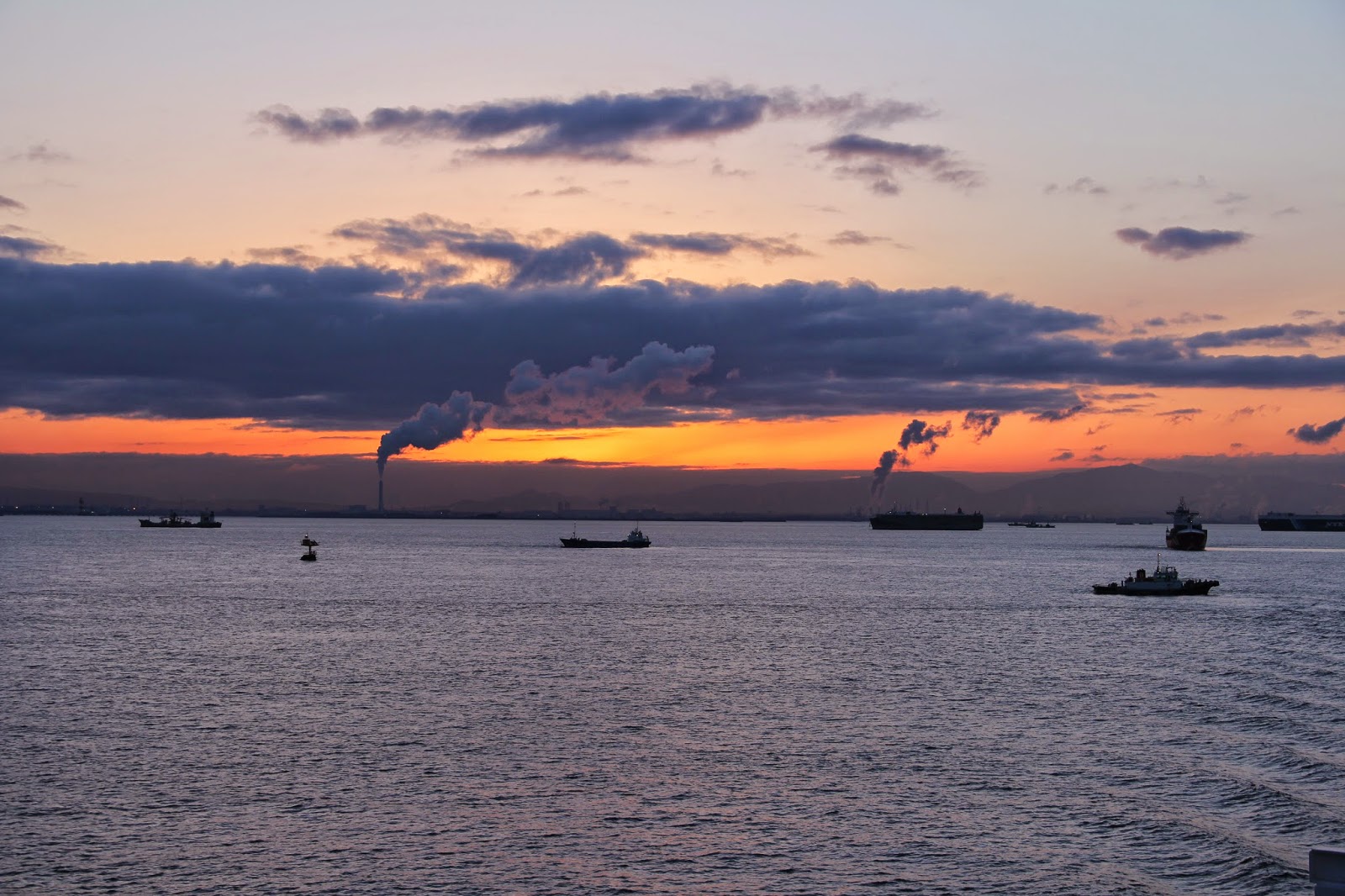 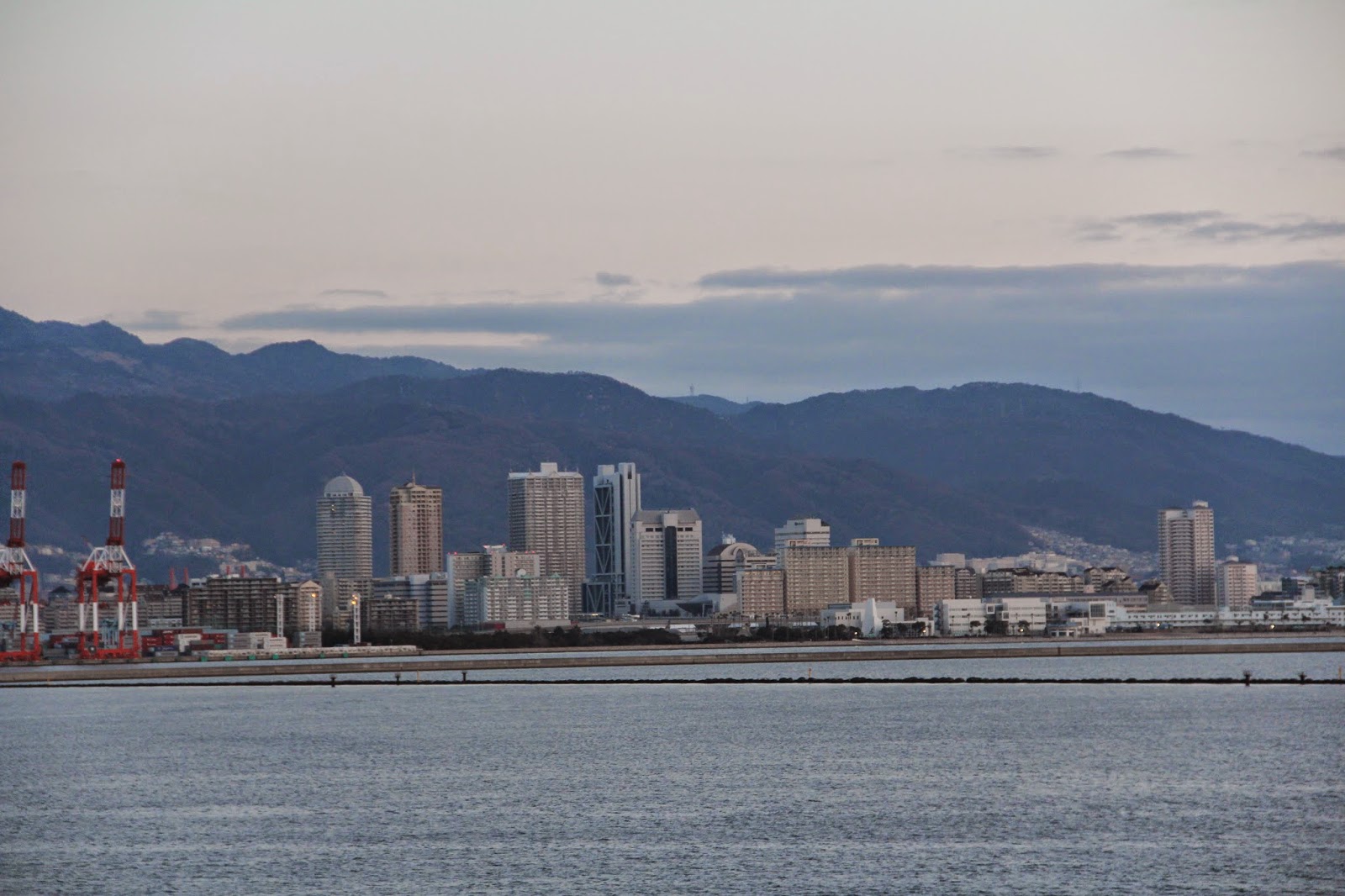 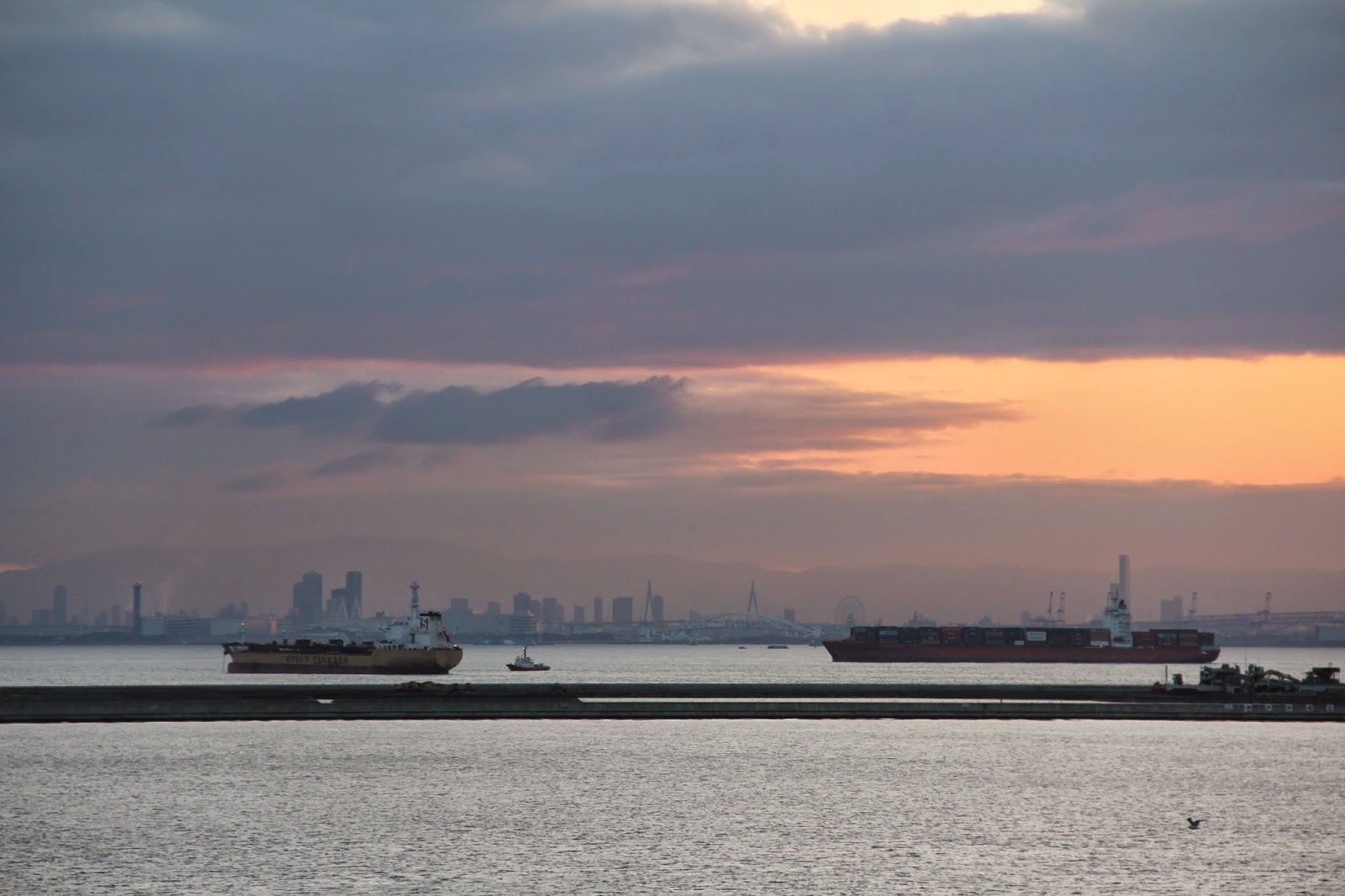 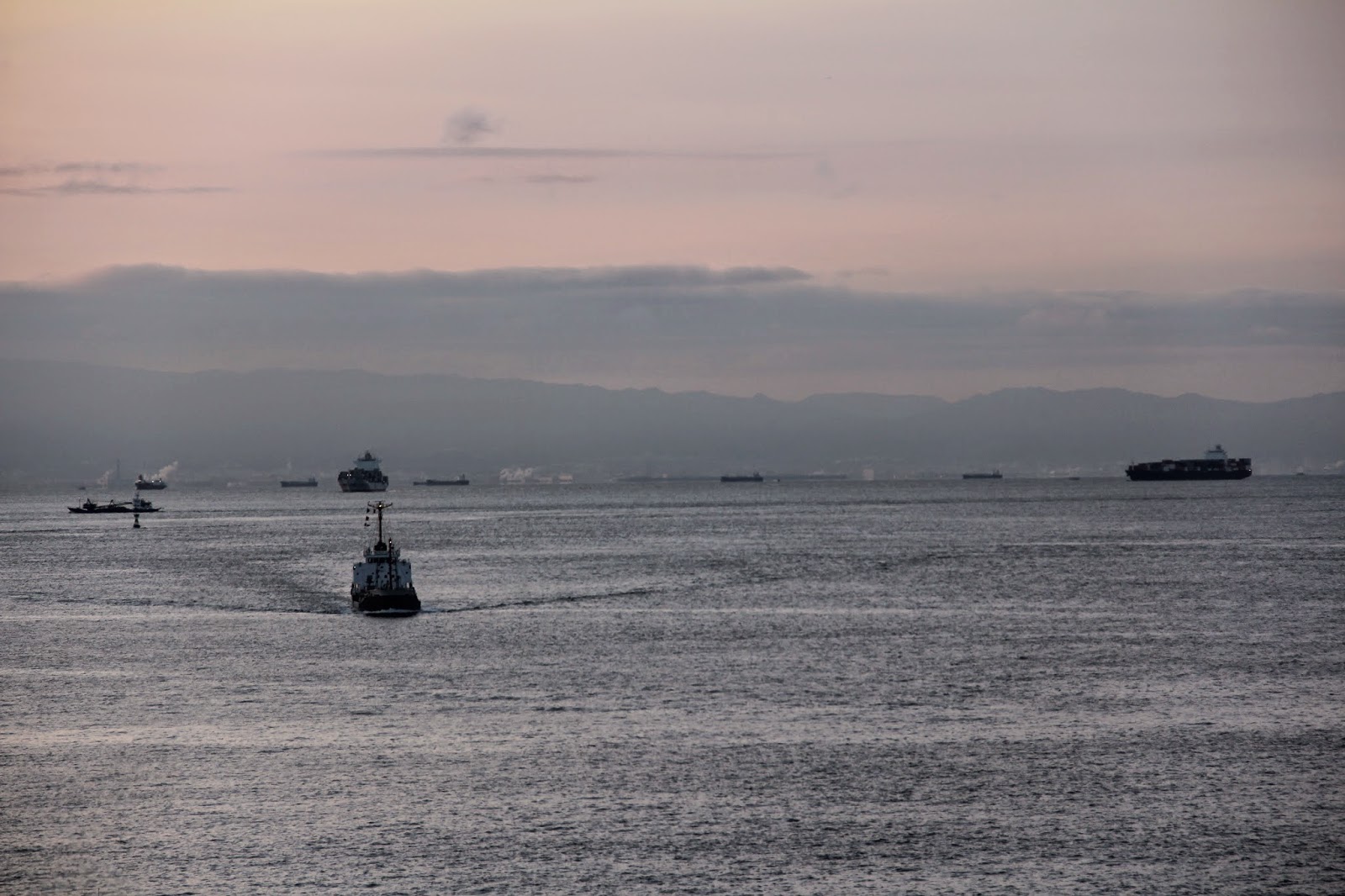 The bay is all part of Japan's Inland Sea--a great shipping corridor. 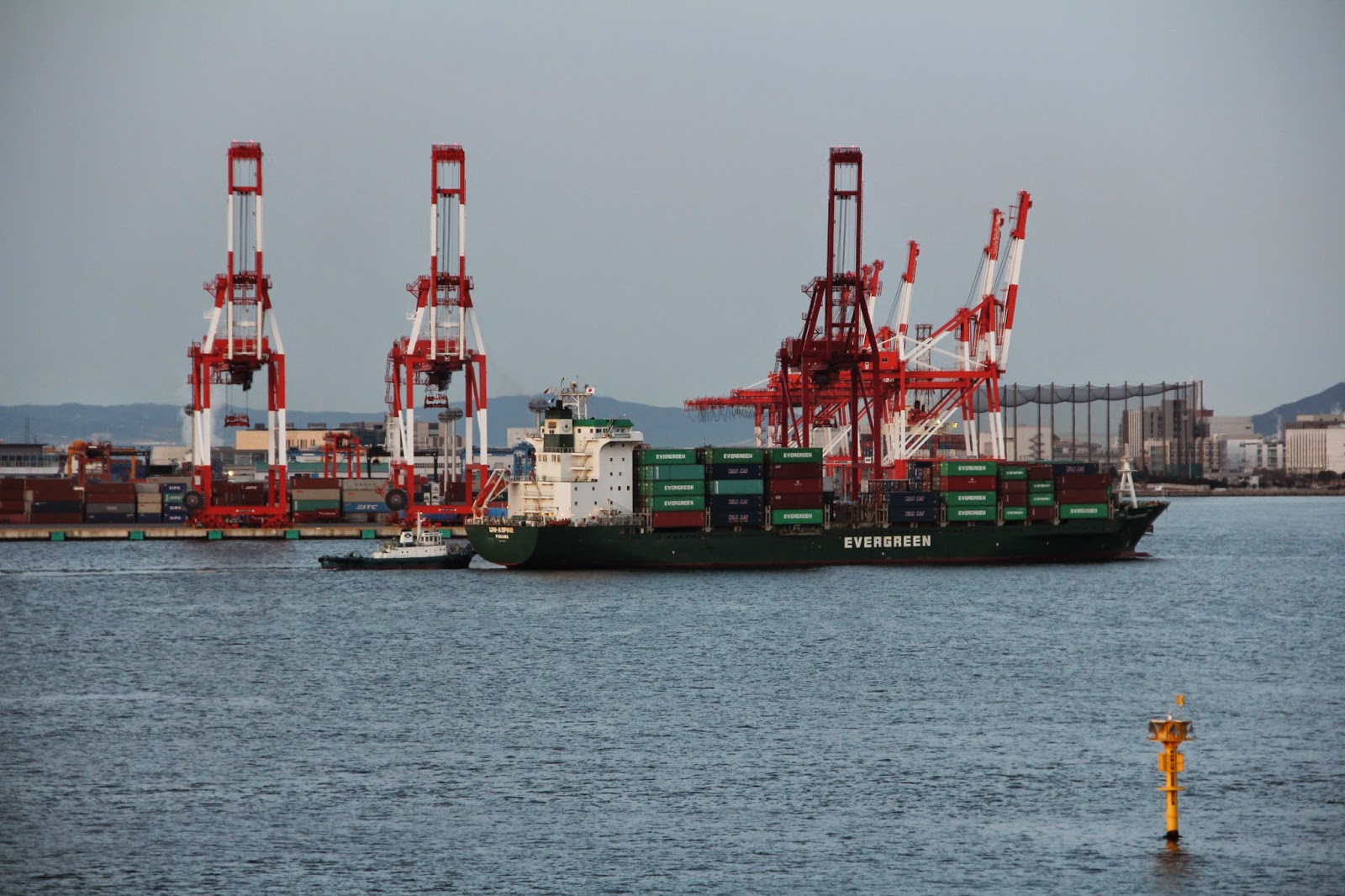 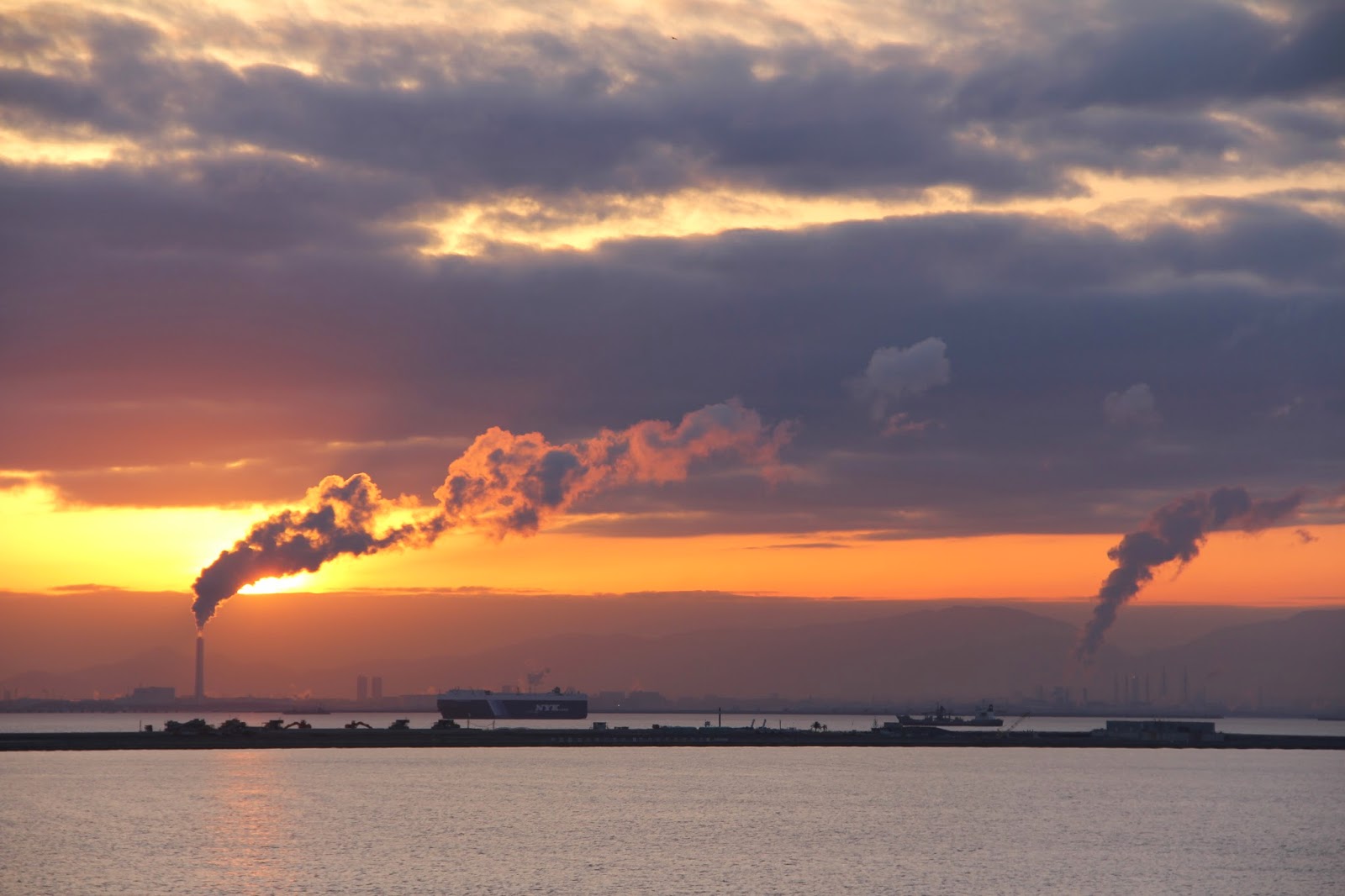 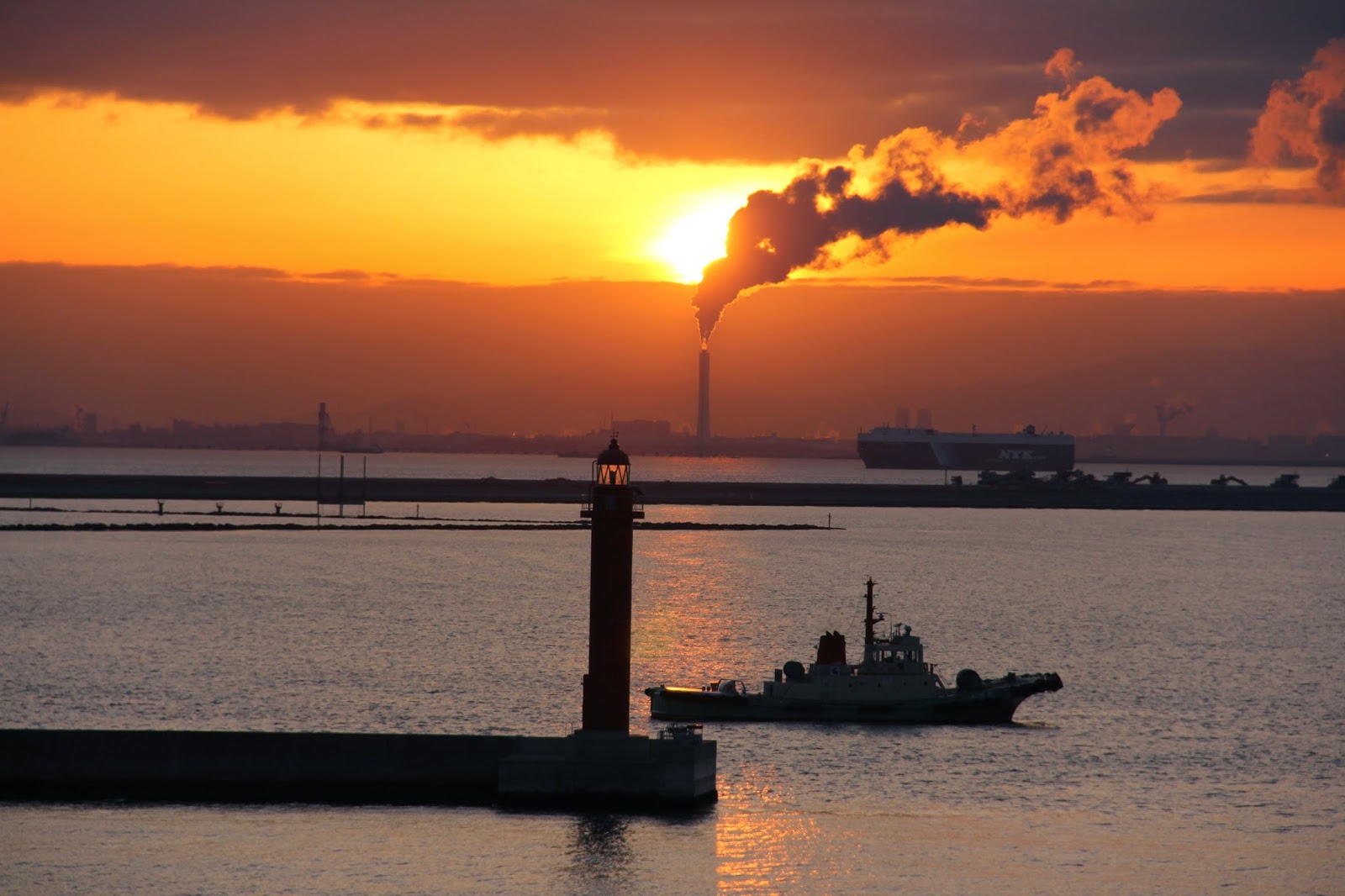 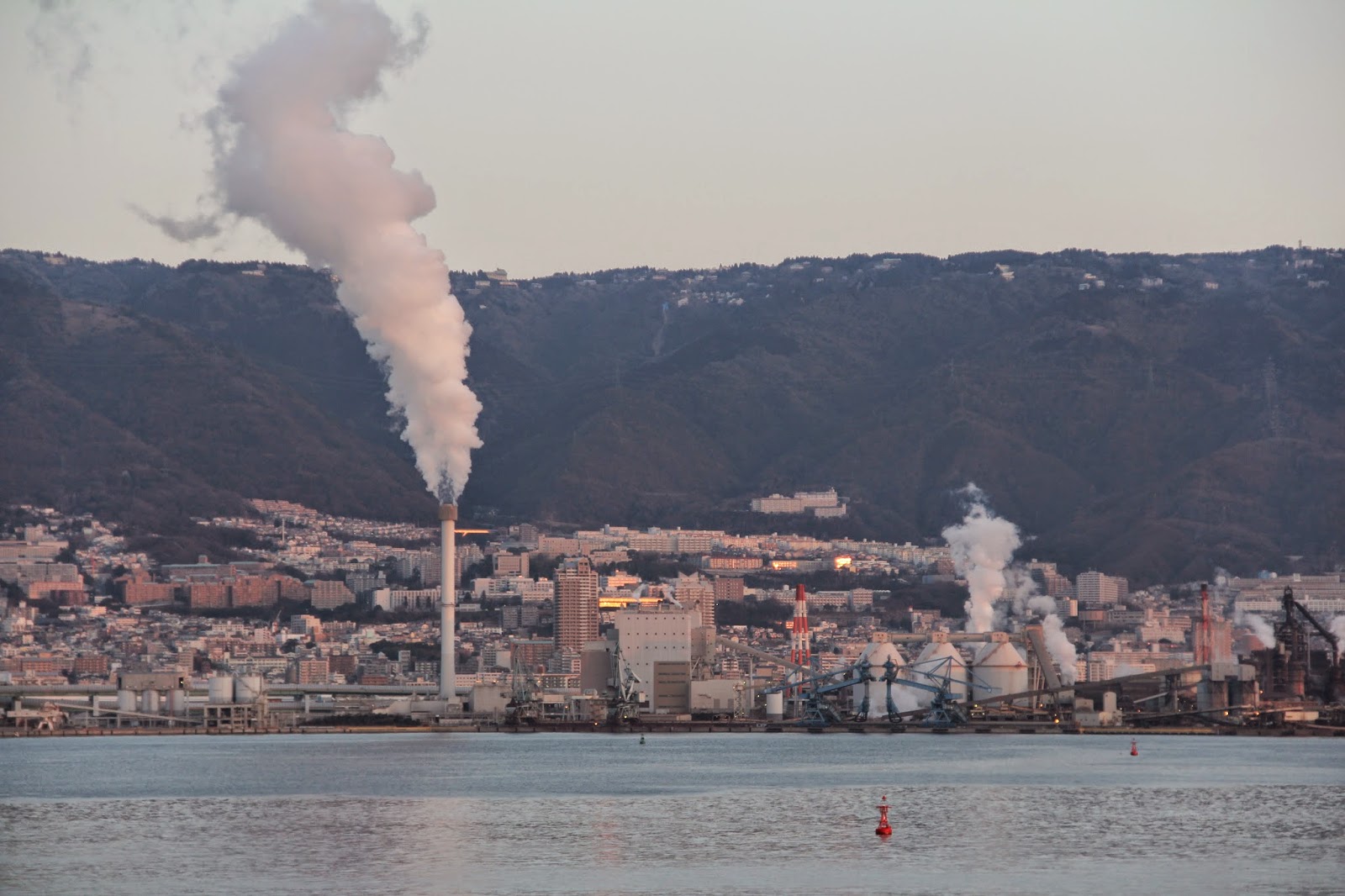 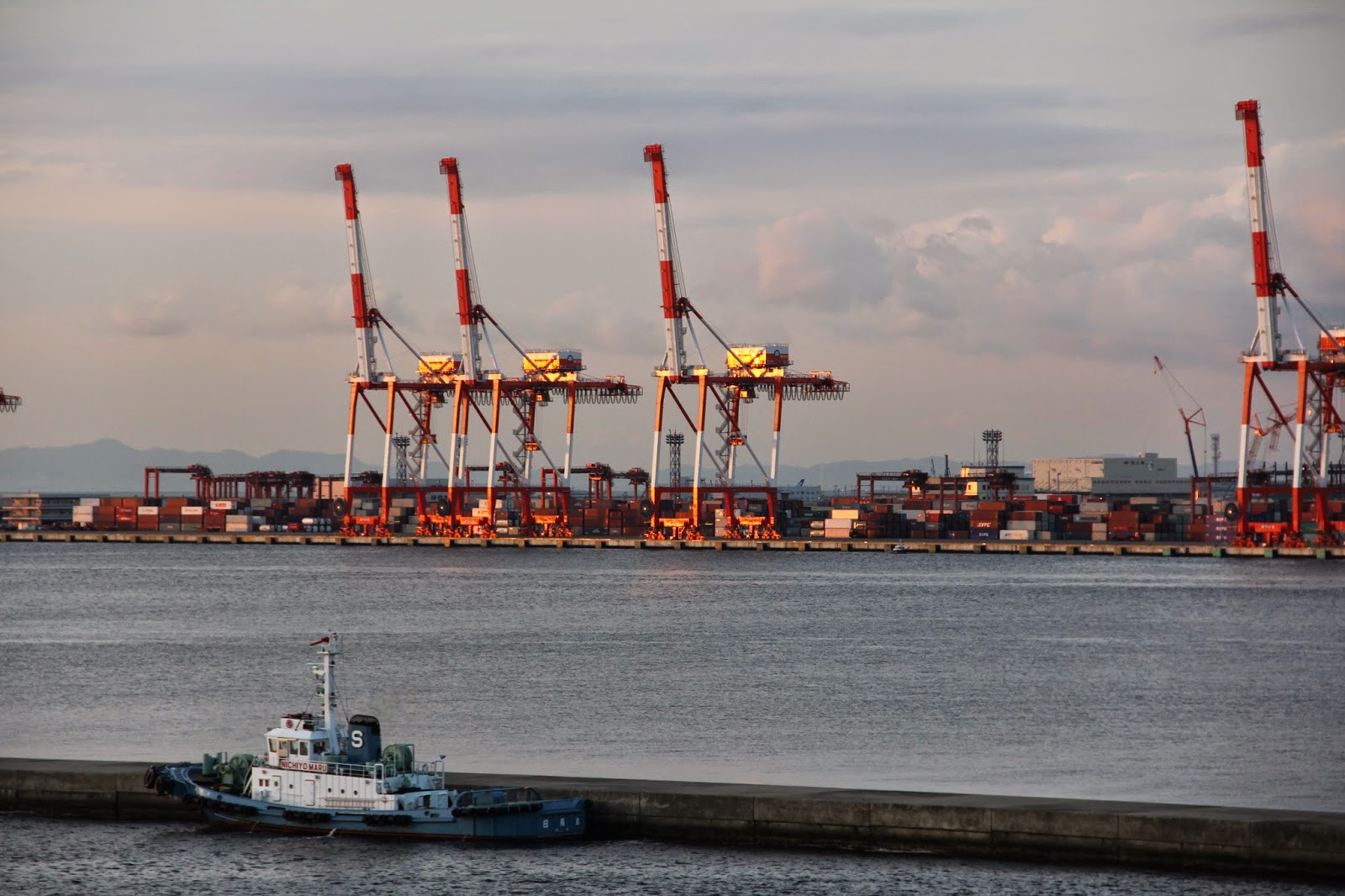 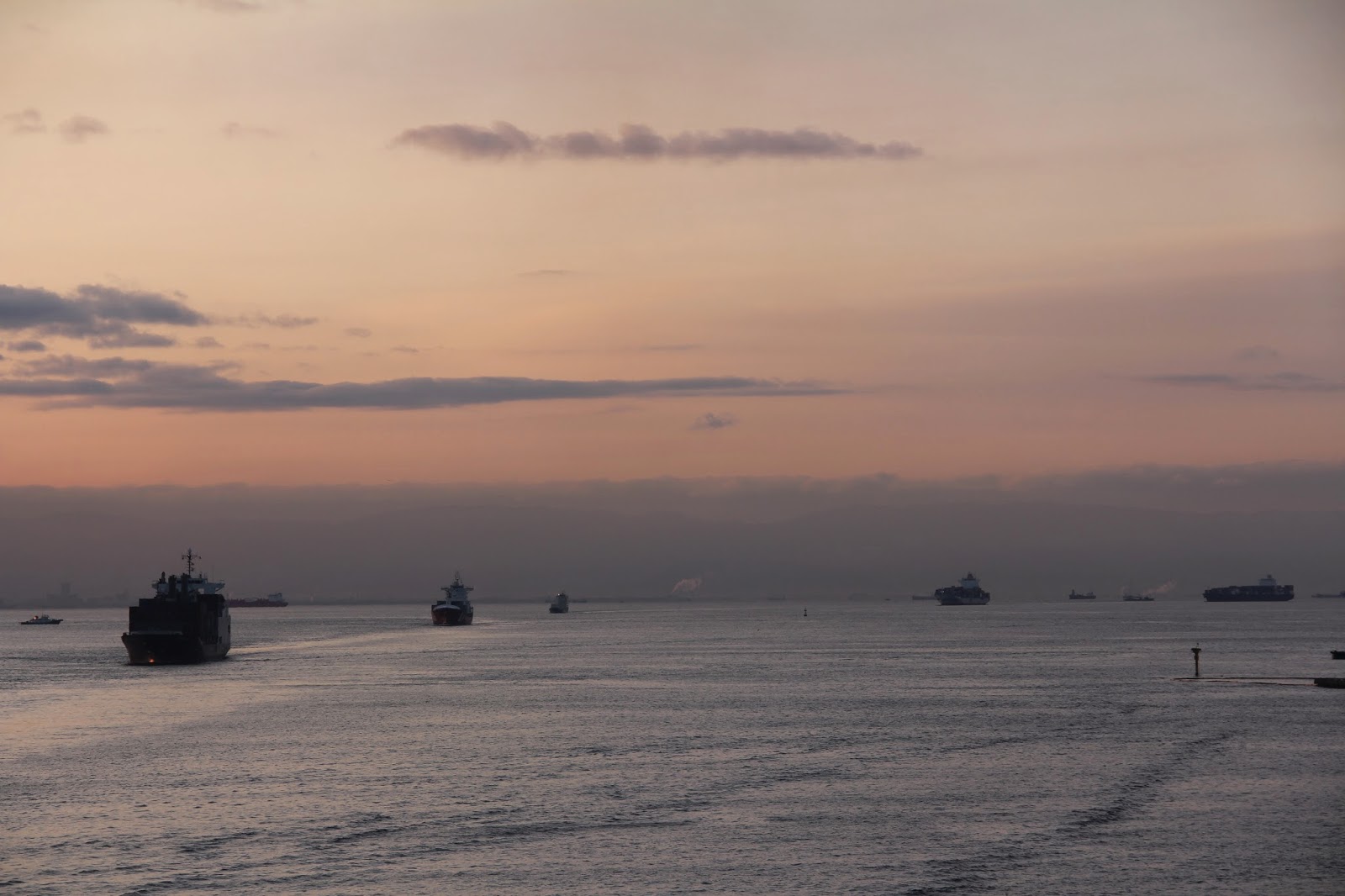 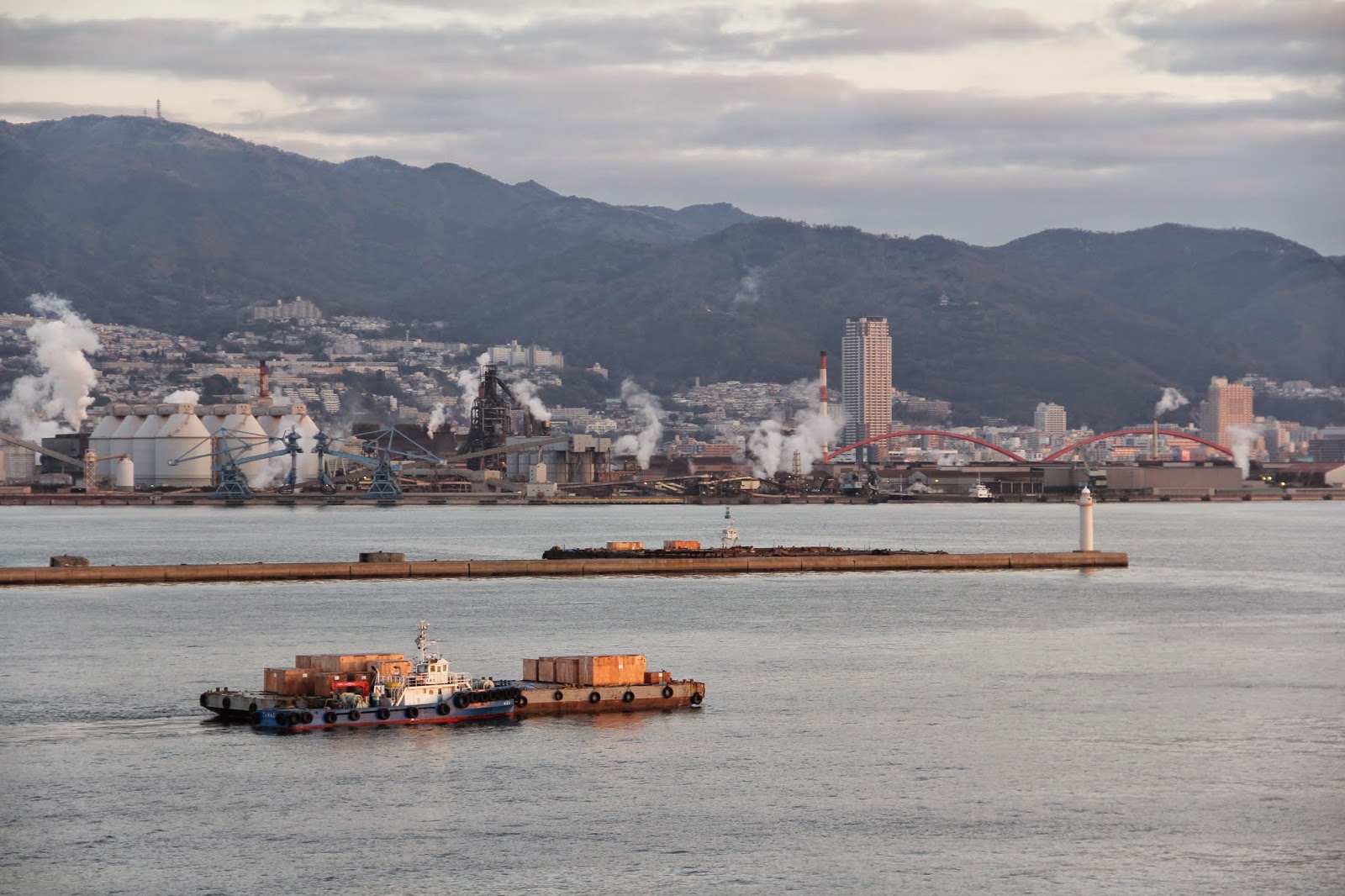 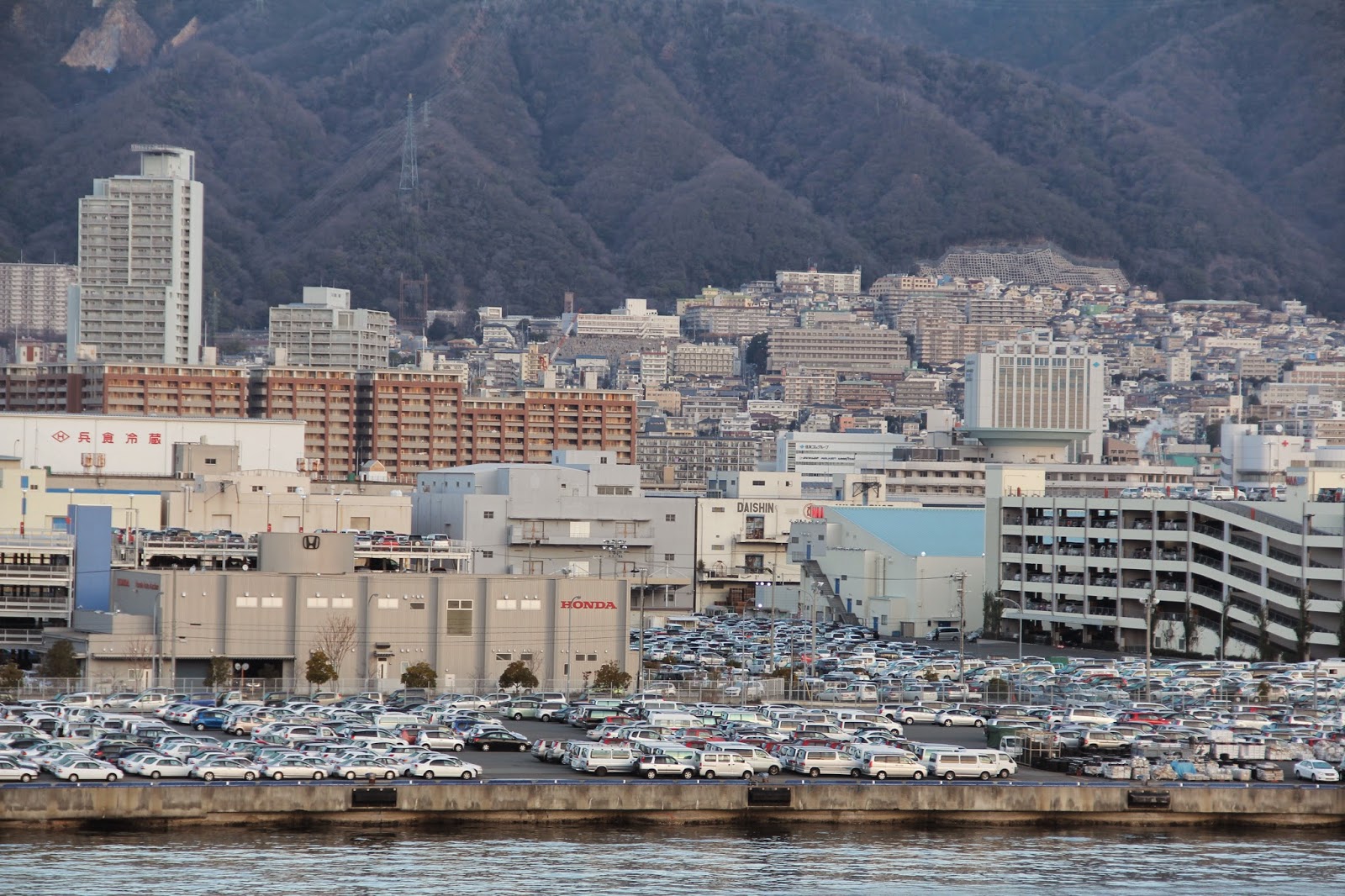 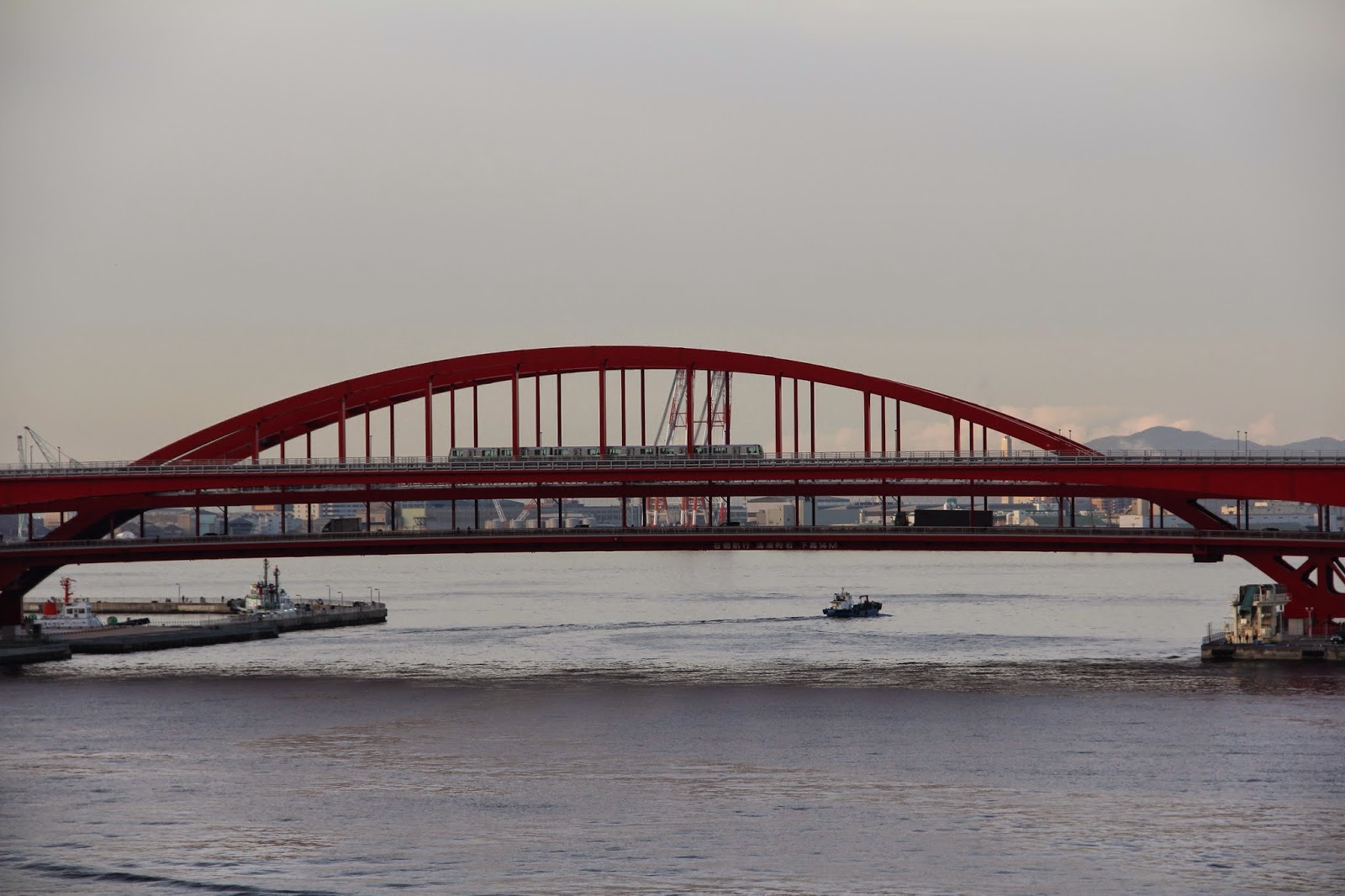 Bridge connecting Kobe with a large land-filled island of industry, ports, housing and the airport. 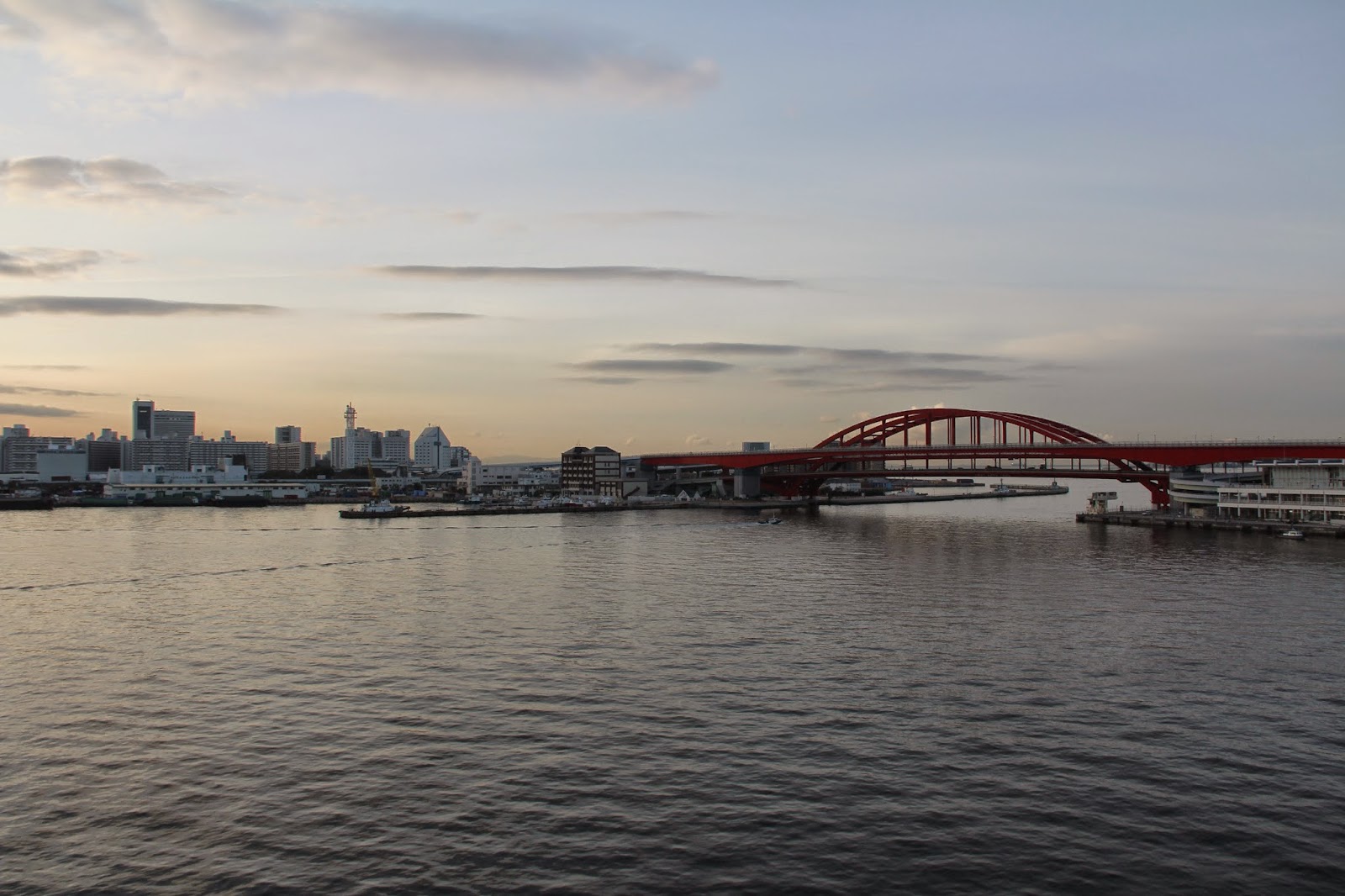 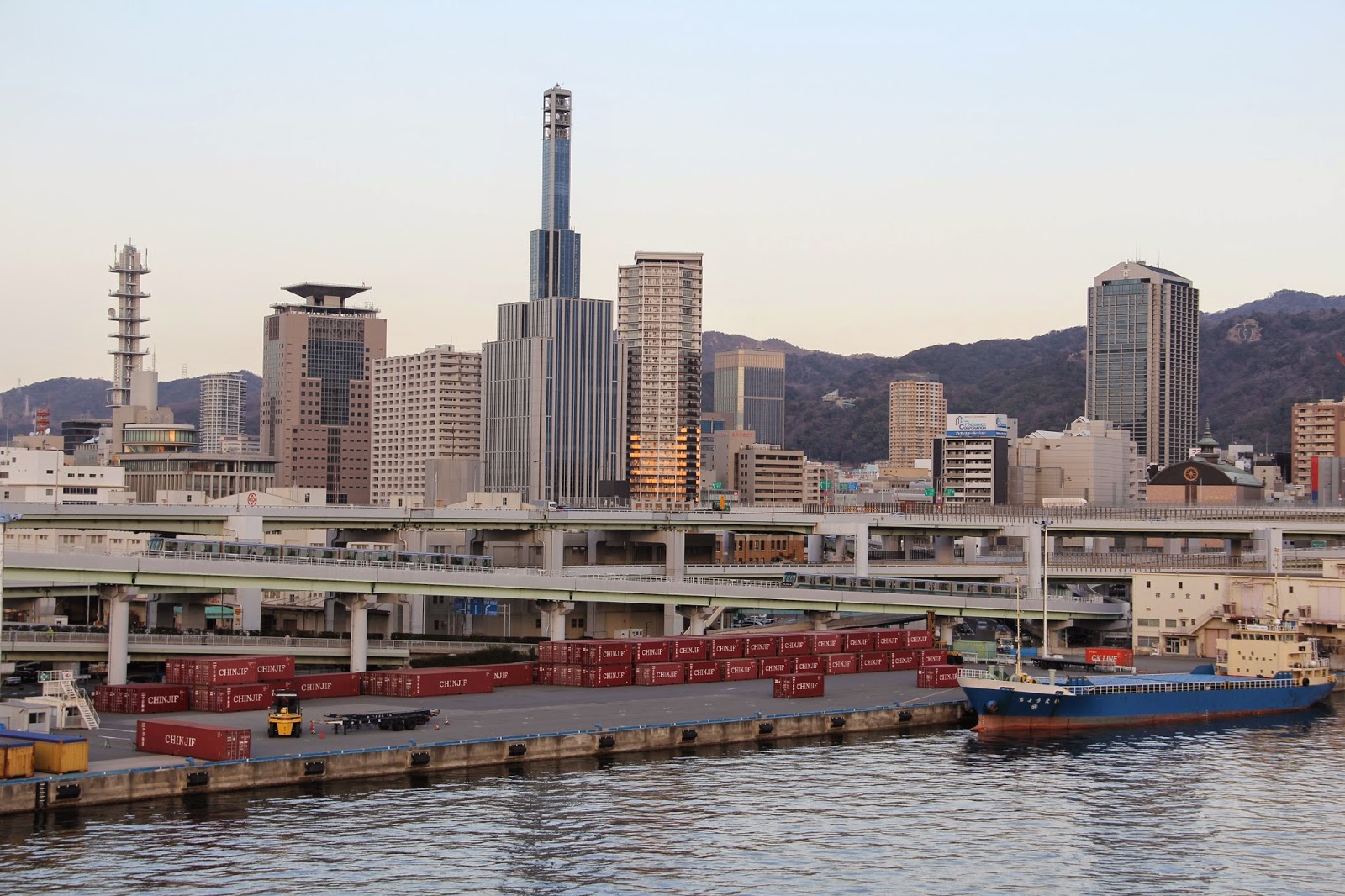 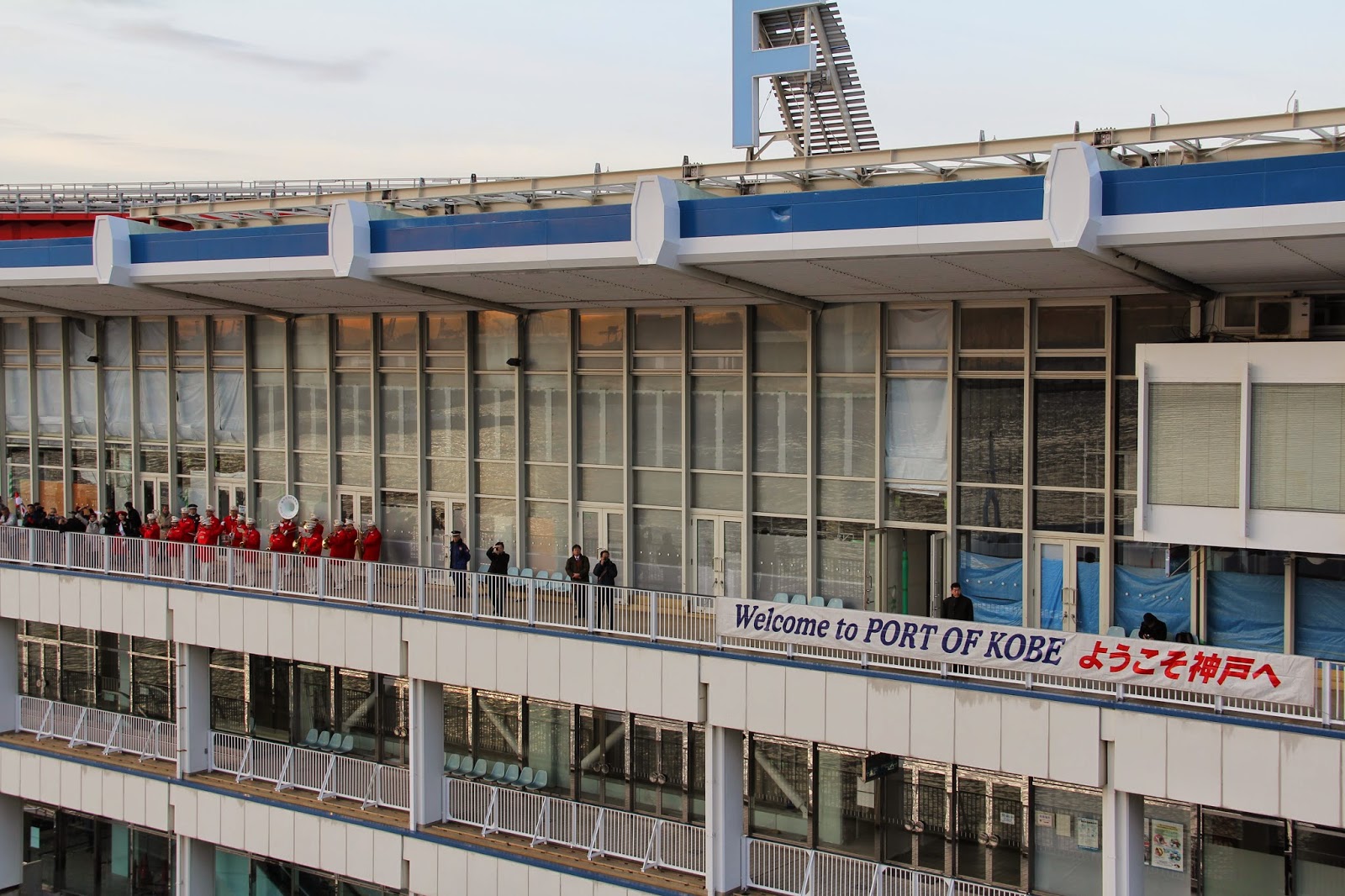 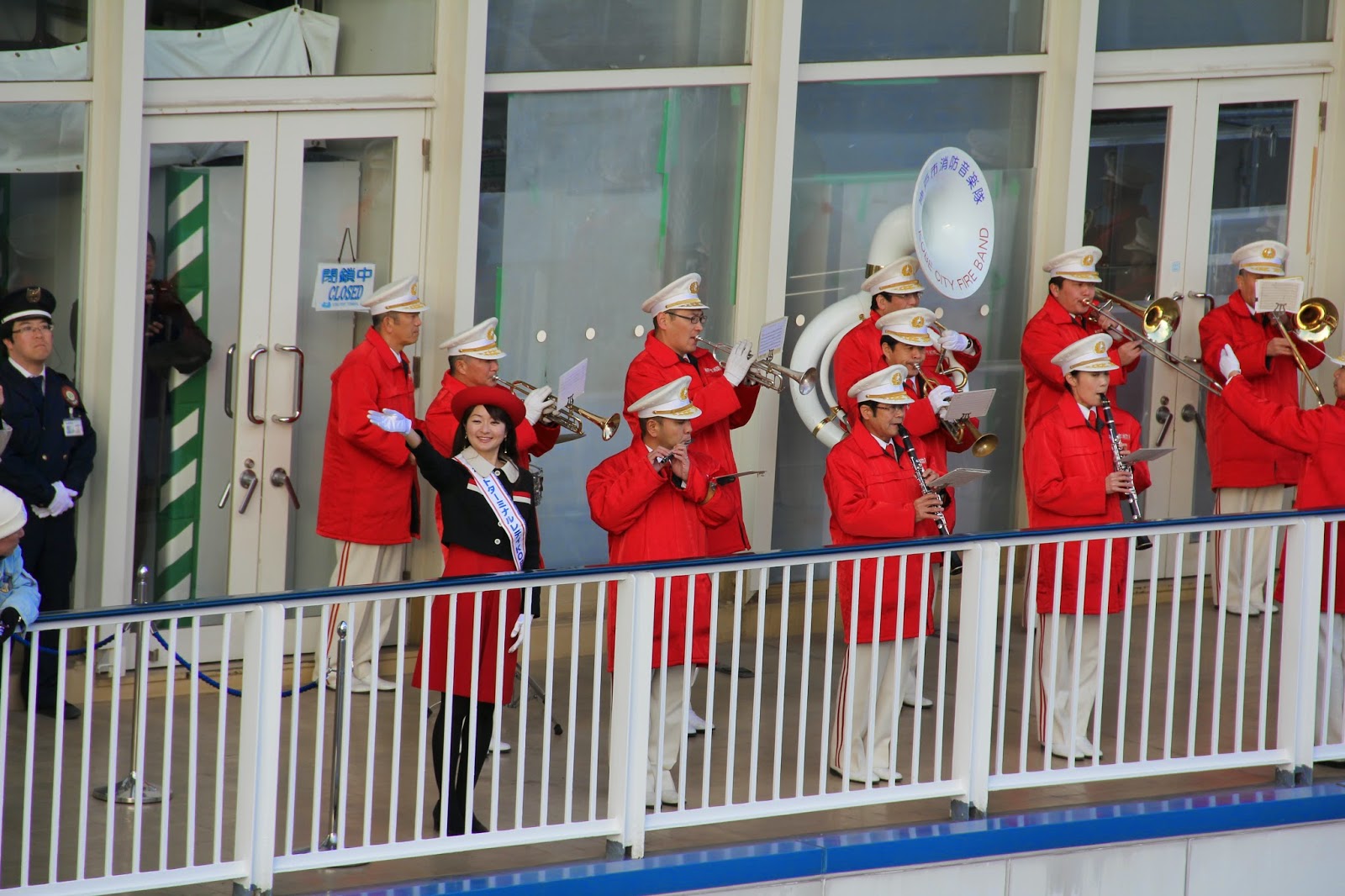 The talented Kobe City's Fire Band greeted us with Sousa's Washington Post March followed by a few more rousing marches and then ending with Let if Go and It's a Small World. 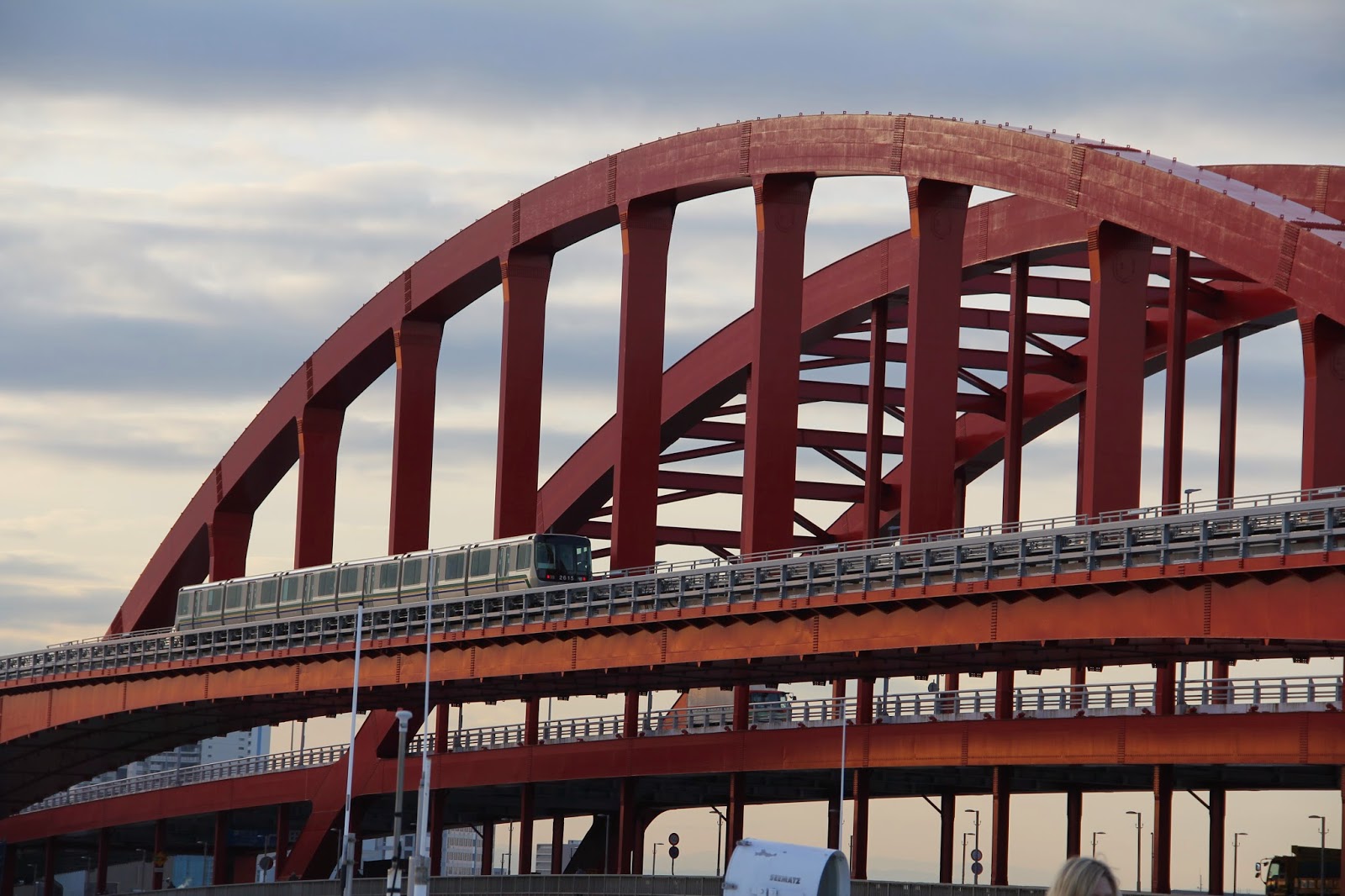