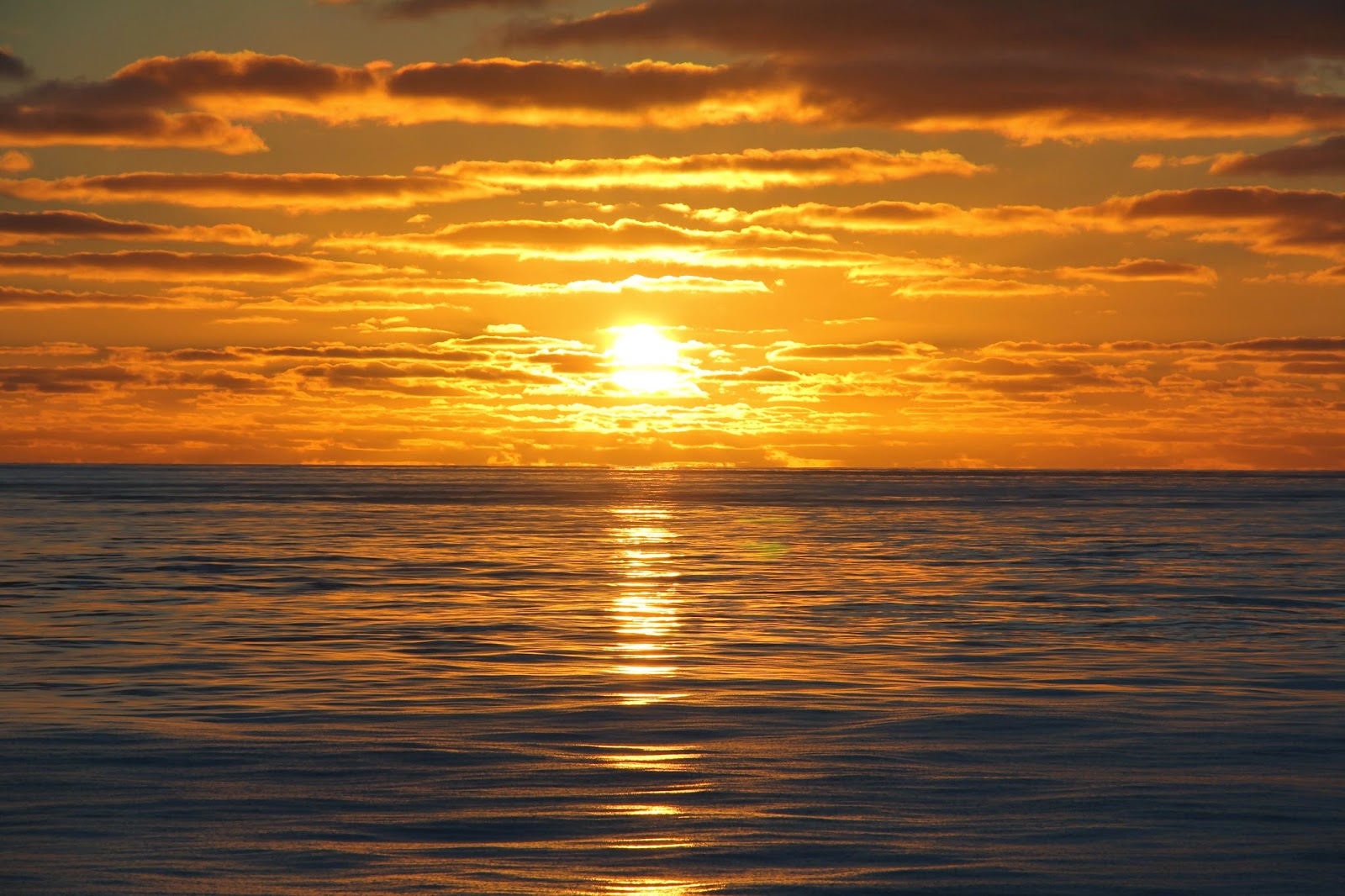 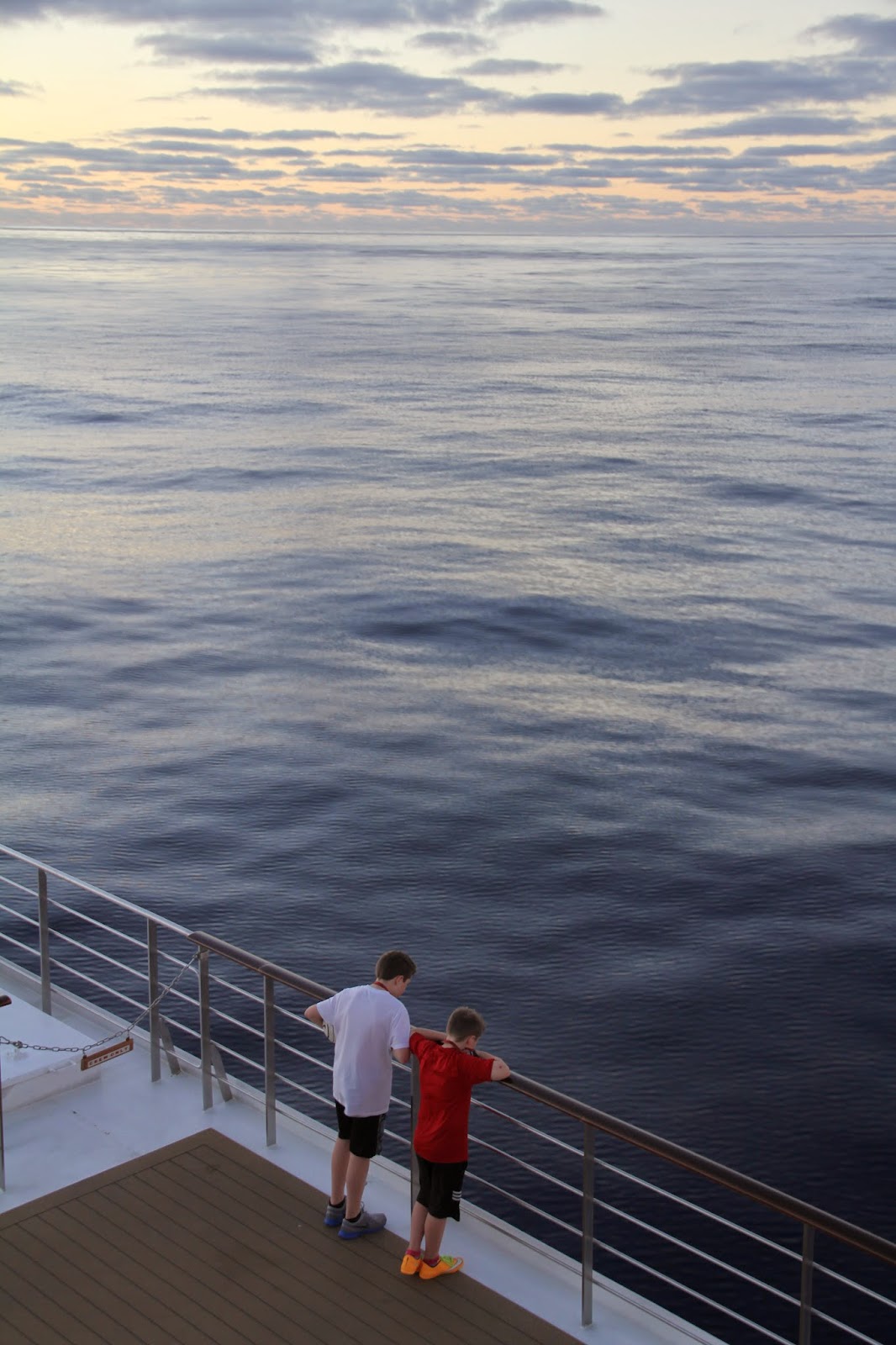 This is the first time I have ever sailed the seas. Previously, my furthest foray into the seas have been on ferries in channels and bays from the Netherlands to England (with my high school orchestra) and from Java to Bali and Manhattan to Staten Island, plus a Bugis schooner for scuba diving off the coast of Bali. The second day out of Ensenada we experienced our first rolling seas. We have a few more encounters since then particularly the past few nights. We have tried motion sickness medication on and off but have not liked the drowsiness it causes. Luckily we all seem to have our sea legs and are managing the motion. The highest swells reported so far have been 4-5 meters. That means I have to grab on to the podium some times when I am teaching to keep from tipping over. It also means, depending on our bed placement and the roll of the waves, that some of us roll from side to side while we sleep (usually Marie and me) while others slide from top to bottom in their beds (the kids). It is always a surprise to see how smooth, choppy or rolling the waters are. Most currently our ship is in choppy, white-capped waves that jerk the boat back and forth. My body seems to do better with big swells that you can feel and see coming (as the horizon climbs and dives) instead of short jerks that catch the body off guard. 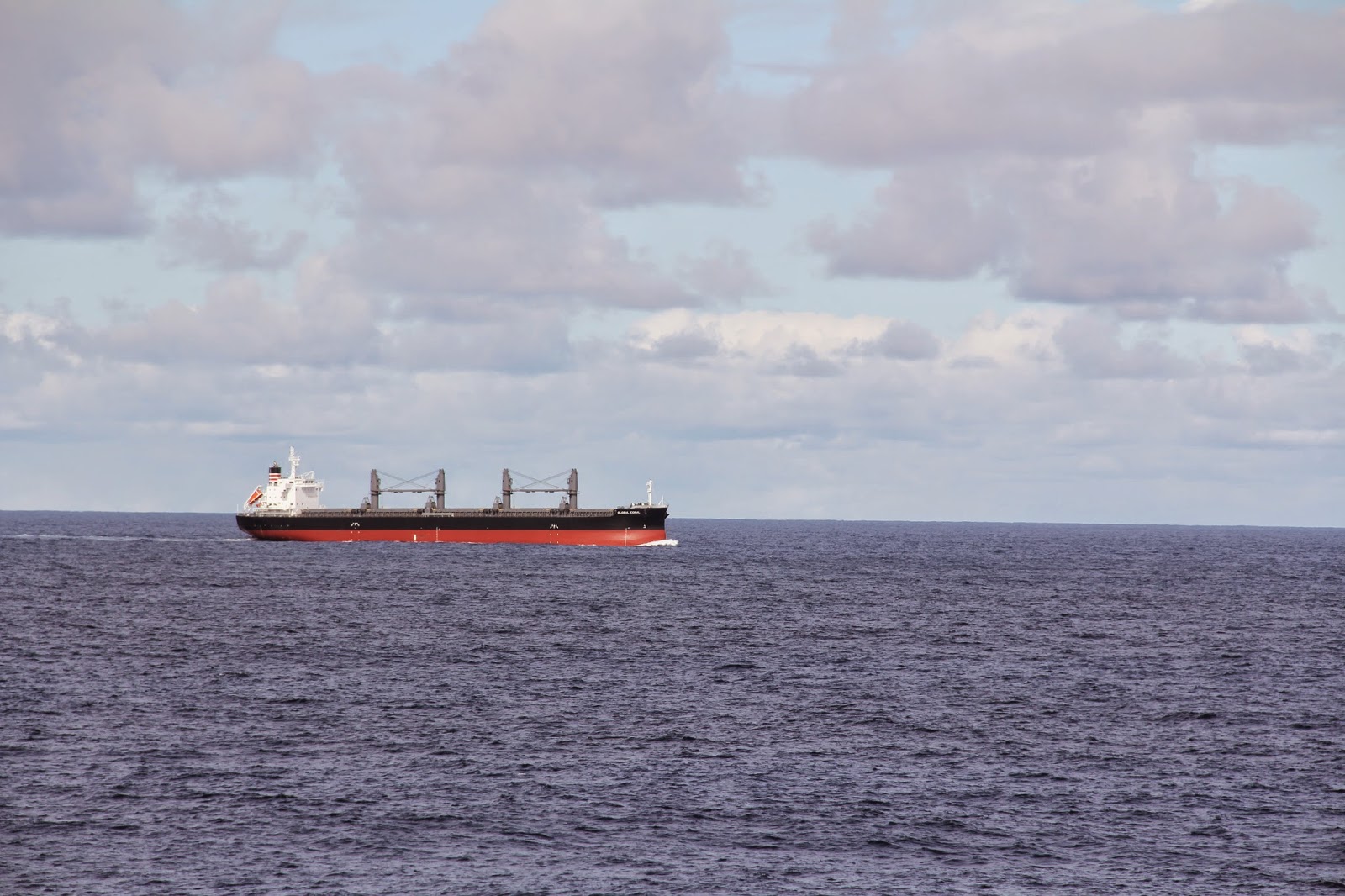 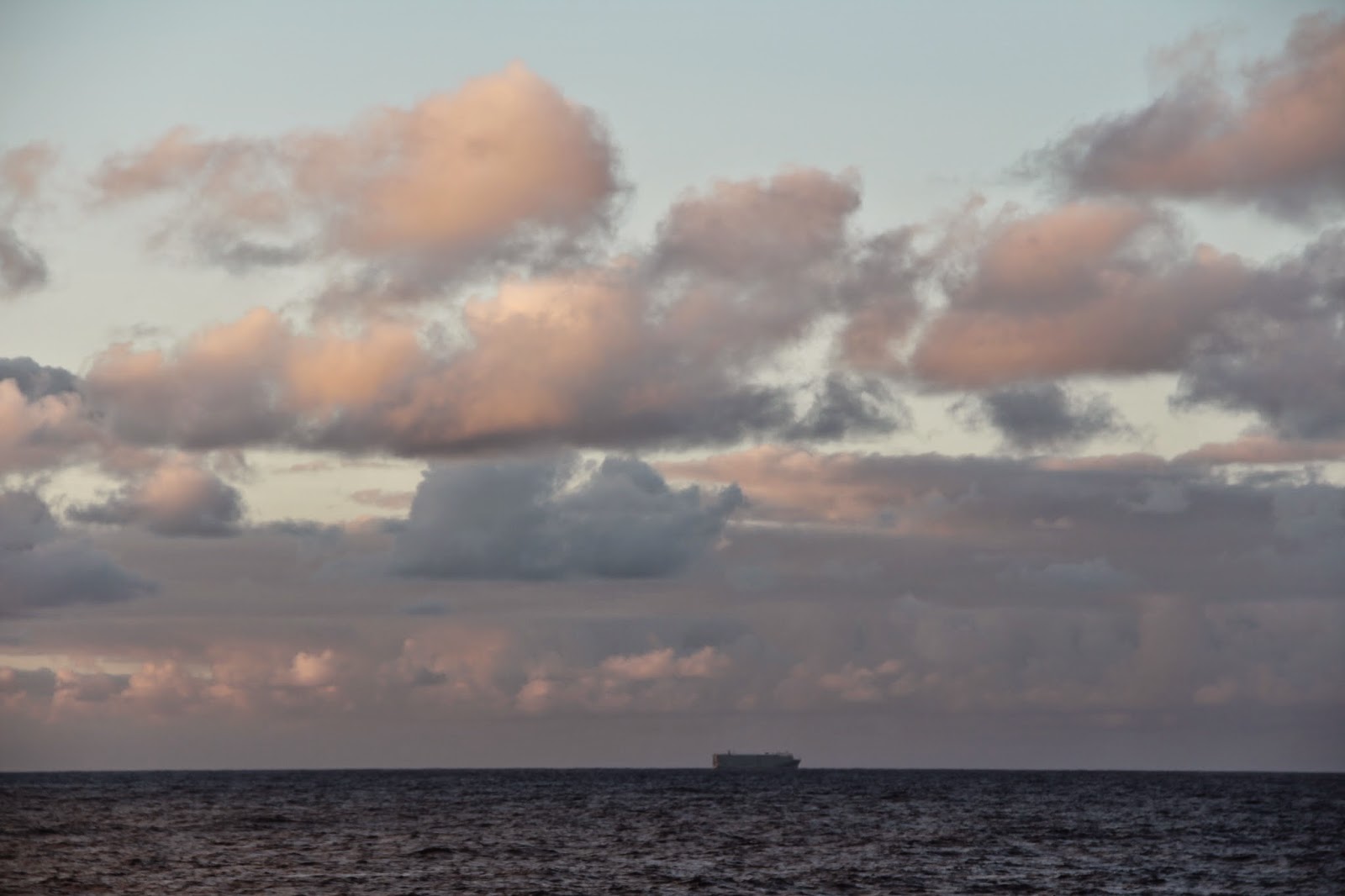 A large container ship at sunrise 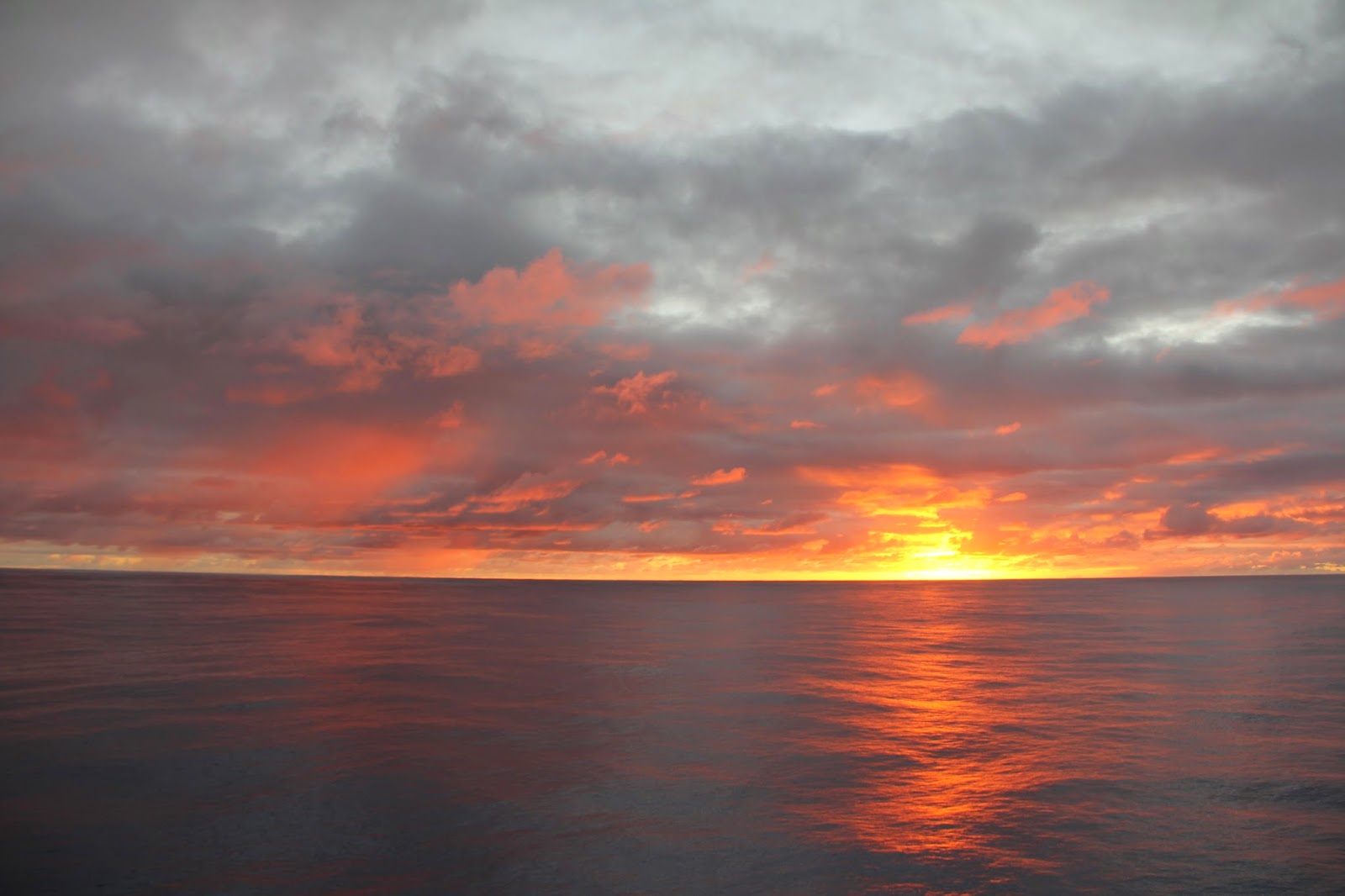 It is deceptive, but big swells are out there

Last Sunday night we went to bed and woke up to Tuesday morning. A few people on board missed their January 19th birthdays. Crossing the International Date Line and skipping a day has been a hard concept for the kids to figure out. It is also a hard concept to explain. Every few days there is a general announcement ("good evening, may I have your attention please") telling us told to move our clocks back an hour before going to bed (which means we will eventually gain back our lost day one hour at a time). It is fall backwards again and again. The worst have been these last few days before Japan where for three straight nights we fall back. Marie is having the hardest time adjusting. Her internal clock goes off every morning at six, but before she can adjust there is another time change which means she is often up by 4:00. Sometimes she goes back to sleep sometimes she doesn’t. 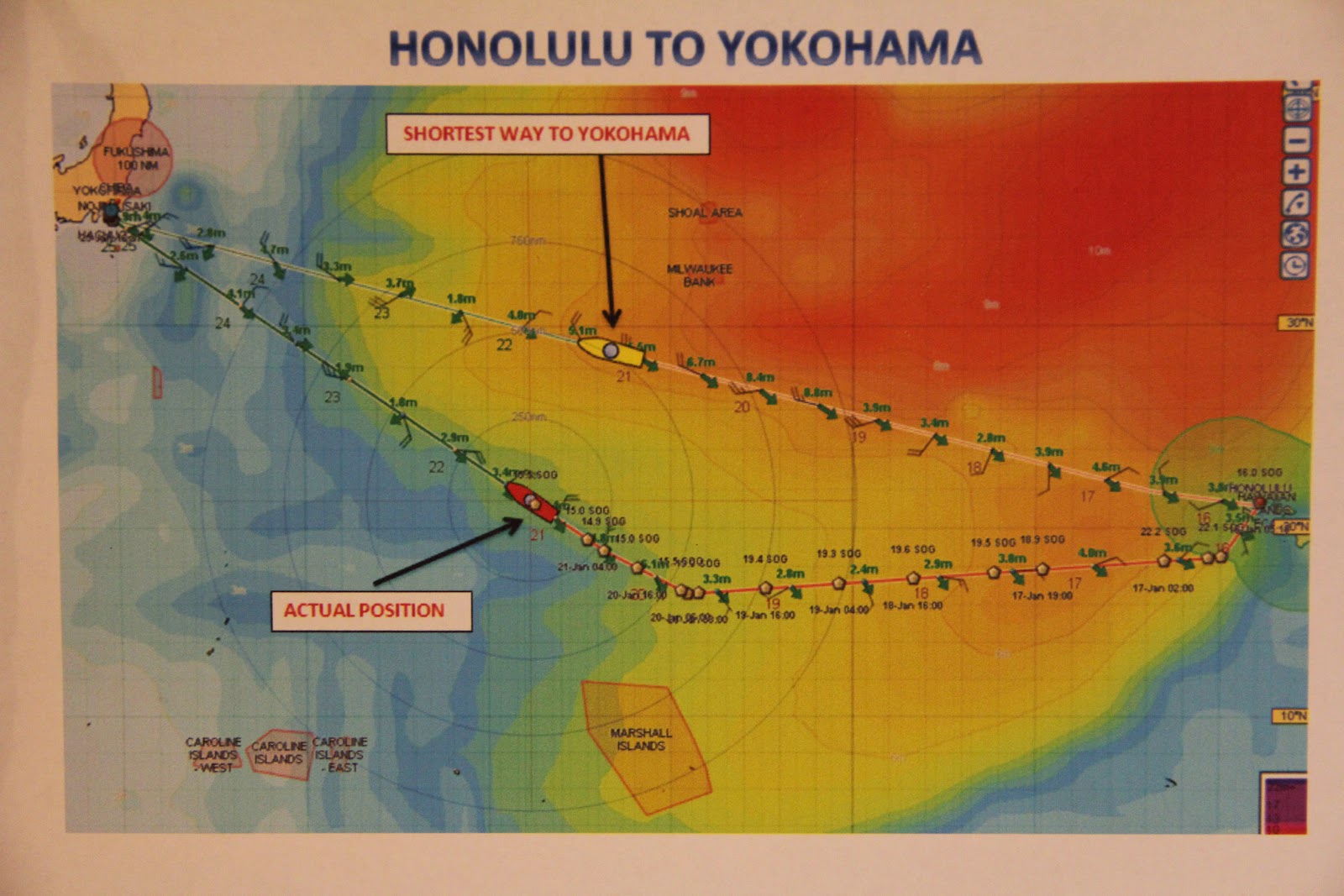 Our normal route to Japan was altered after Hawaii. A large storm compelled the captain to head due west out of Hawaii for a few days before finally turning northwestward. The more normal northwest direct route would have taken us through the storm. As it is we have skirted the edge of the storm with some pretty big swells, some occasional rain, and rough enough seas to now have our cabin window coated in dried salt. 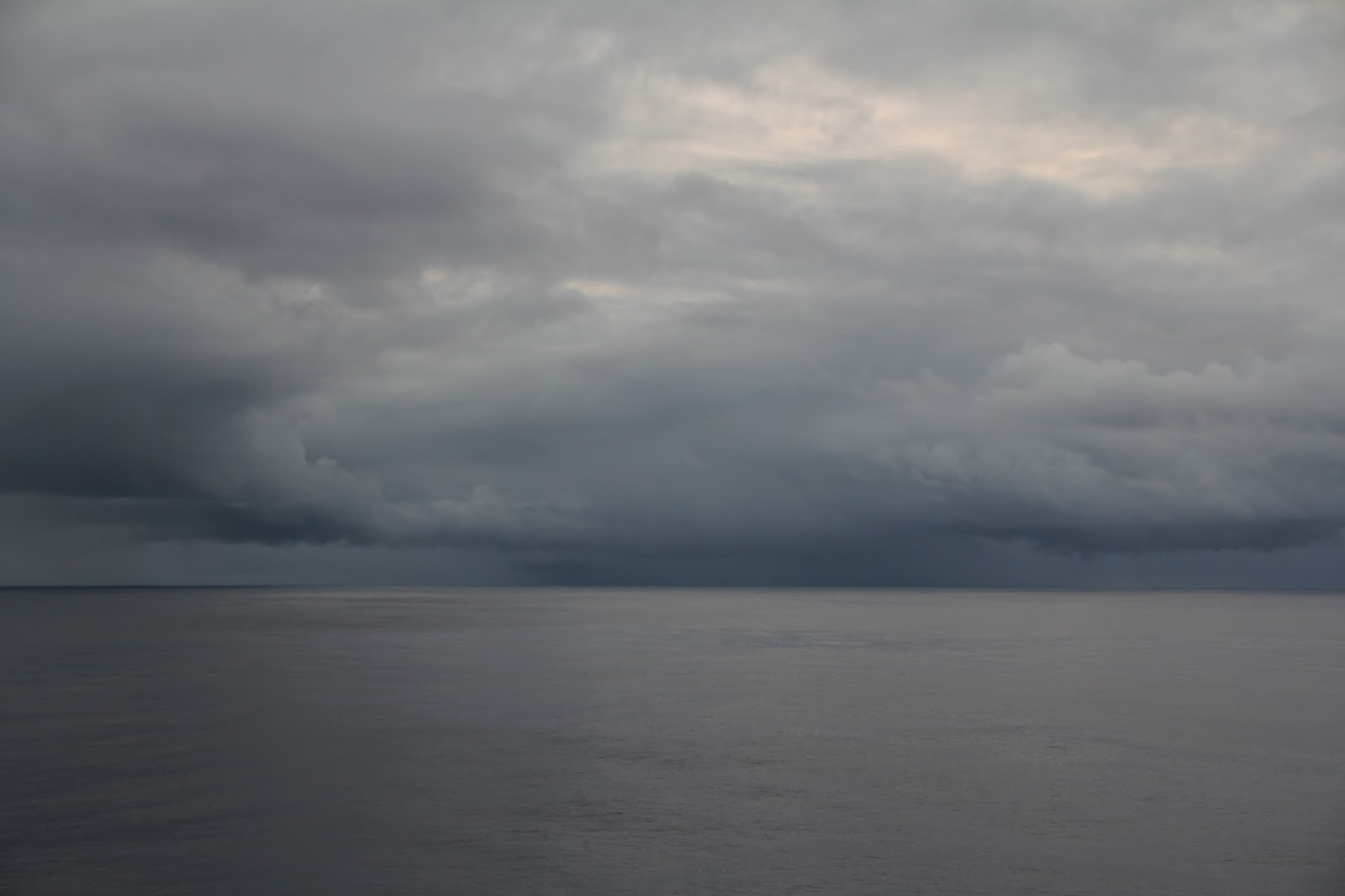 The edge of the storm 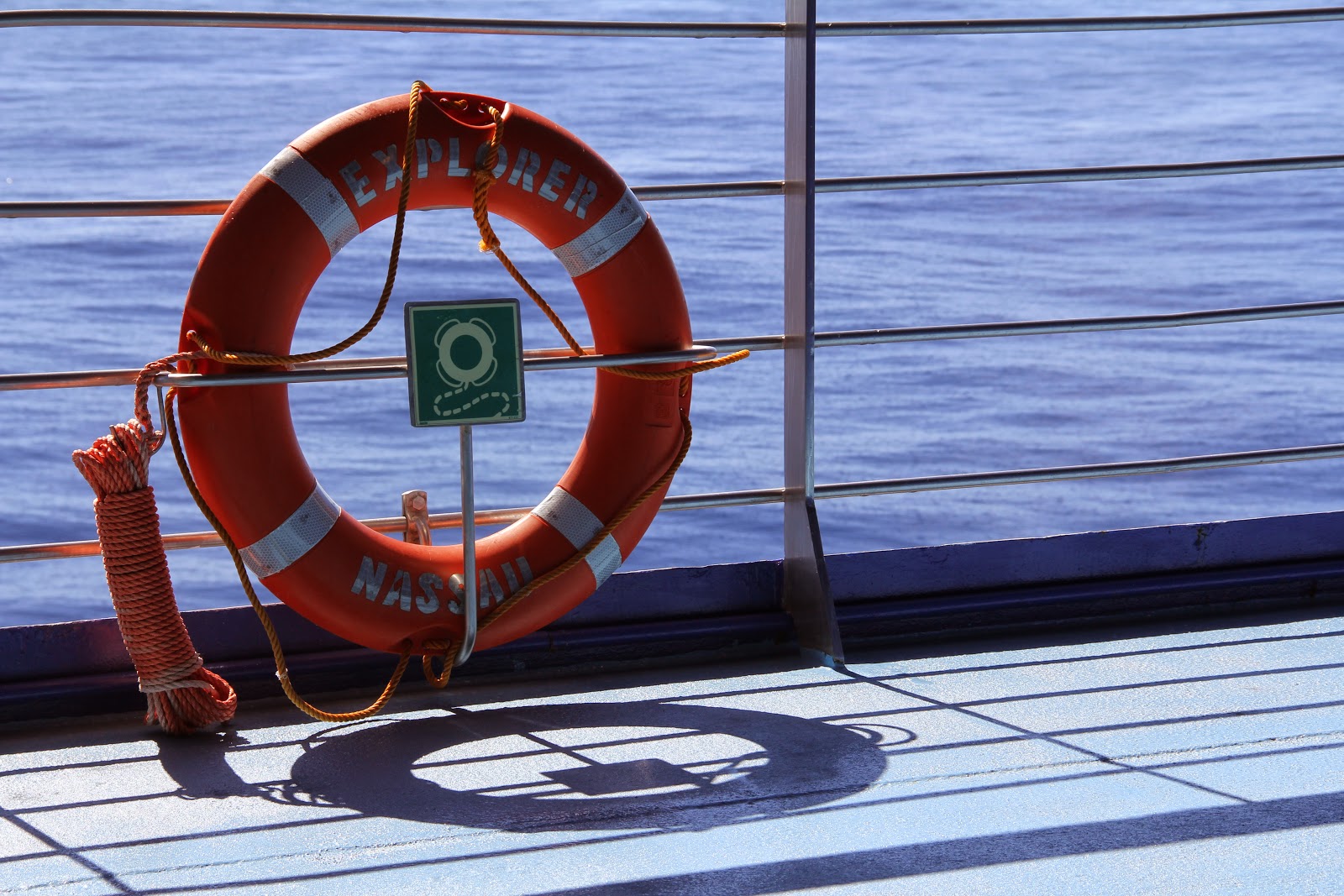 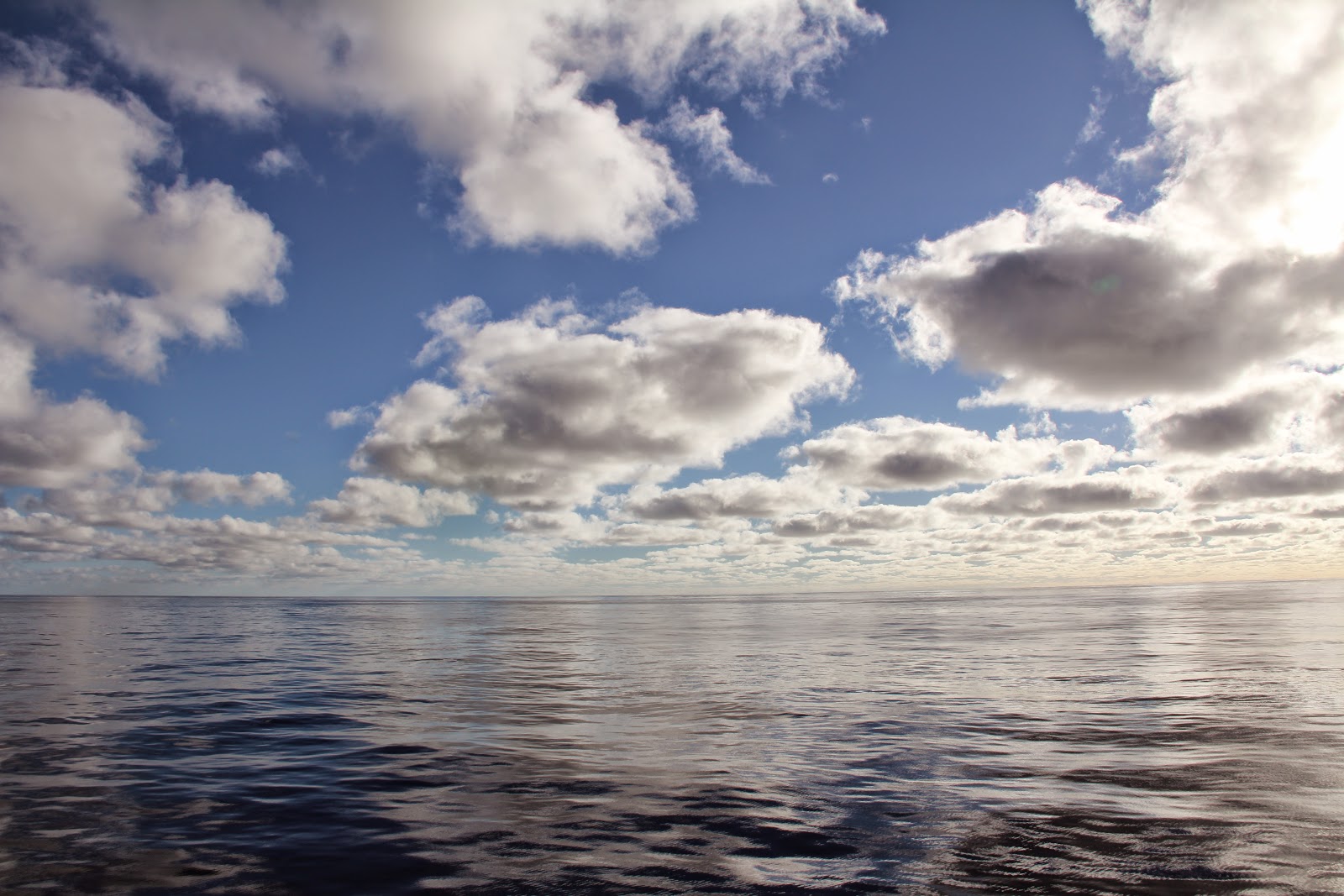 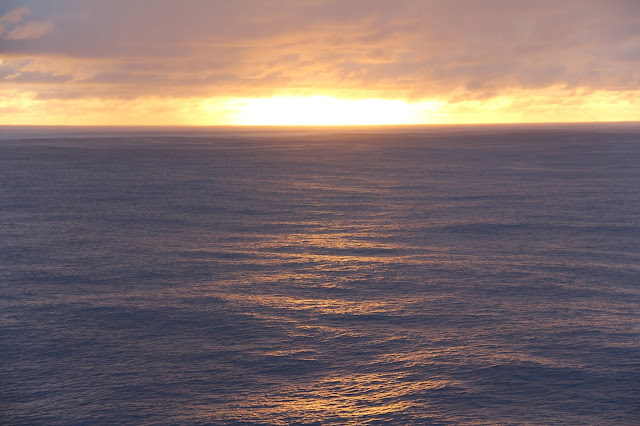 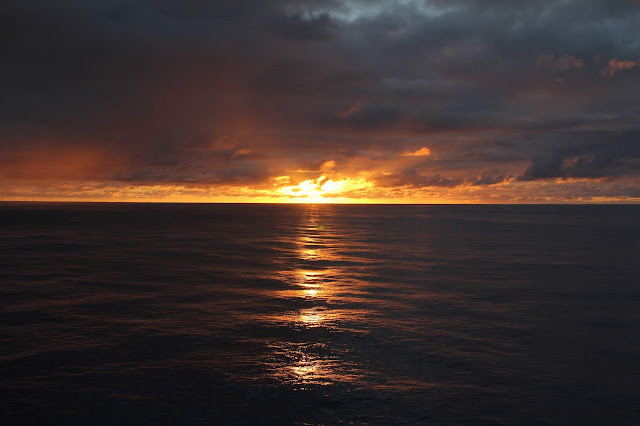 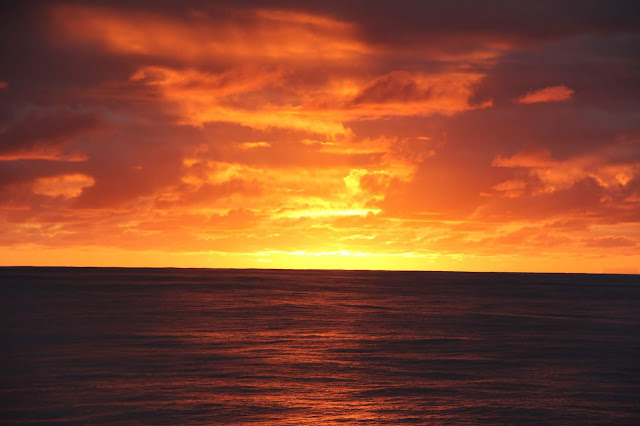 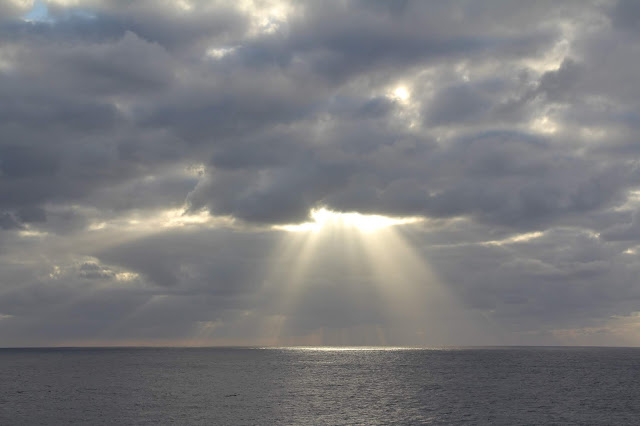