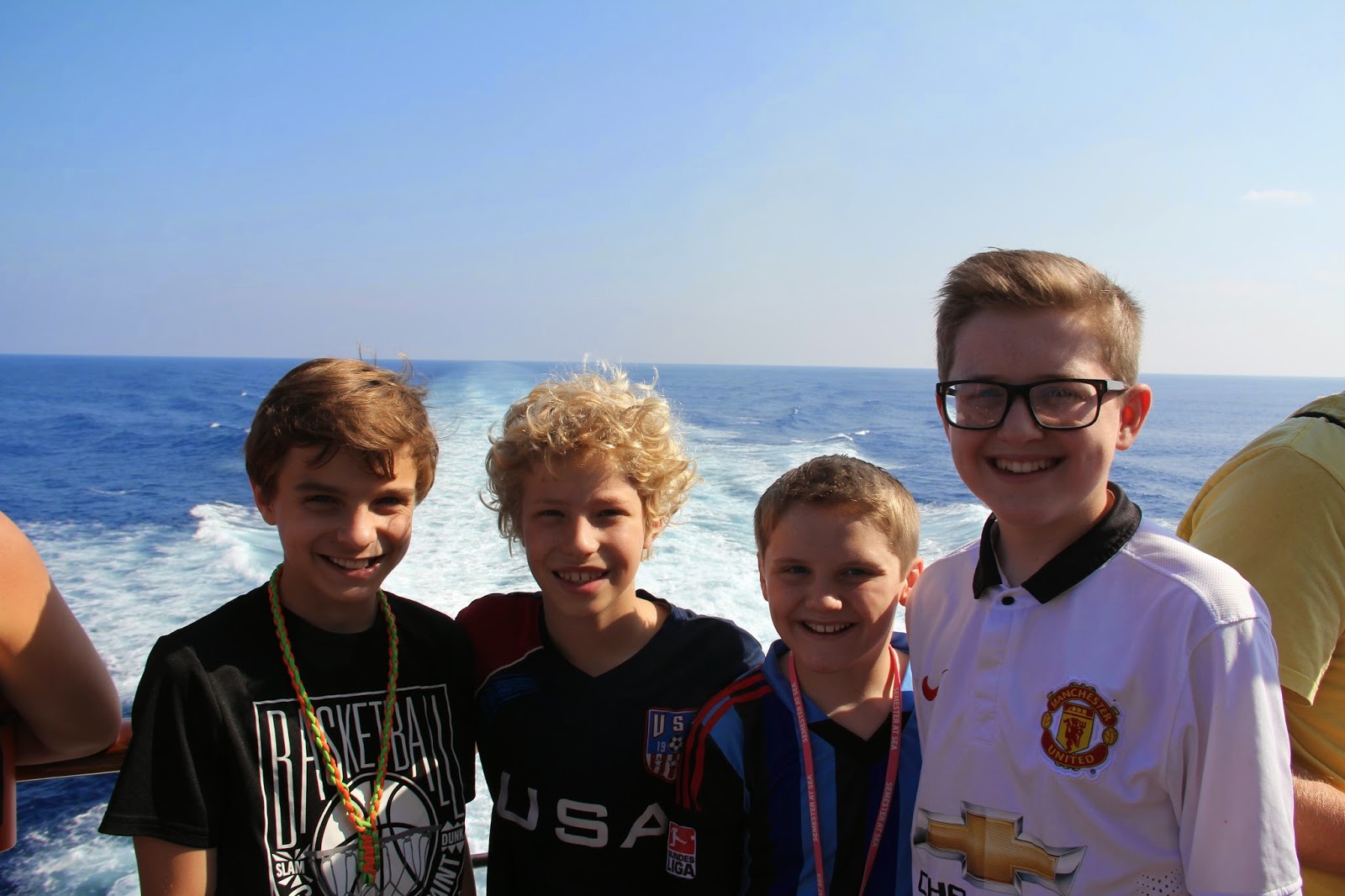 That day in the middle of the Indian Ocean when the captain fired up both engines to show us that our normal cruising speed of 13-14 knots was not as fast as a full throttle 27 knots. It was a nice recess from morning study hall. 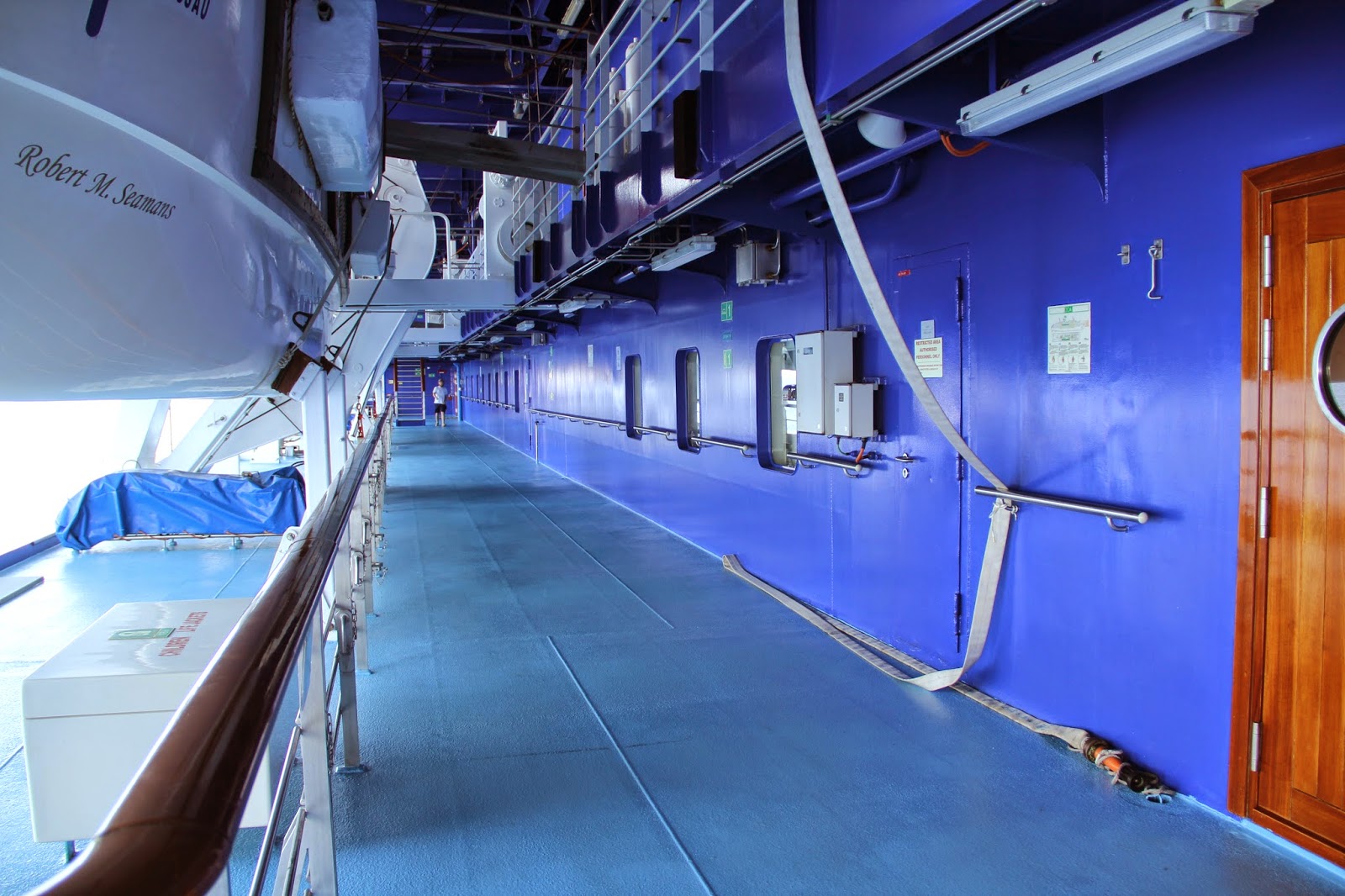 There be pirates in the Indian Ocean. Our ship can out run them, but just in case, hoses were ready to blast them away. This is the fifth deck where I like to jump rope and walk for my evening exercise. Neptune day in which pollywogs become shell backs in honor of having crossed the equator into the southern hemisphere. This is an old naval tradition. It involves being doused in green water (instead of slime and entrails used in some rituals), jumping in a pool, kissing a fish, kissing Neptune's ring and then being pronounced a shellback with sword taps to the shoulders. 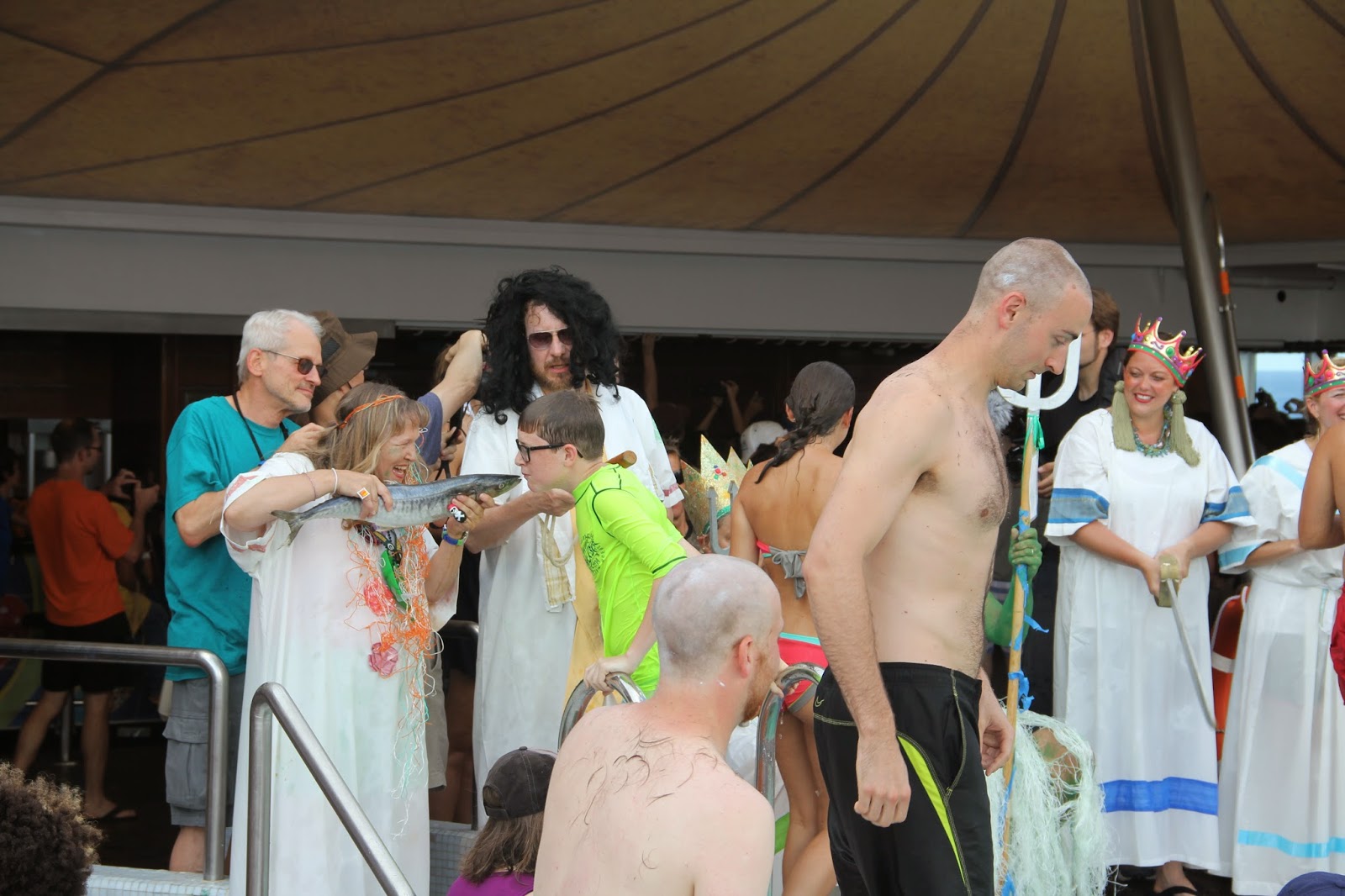 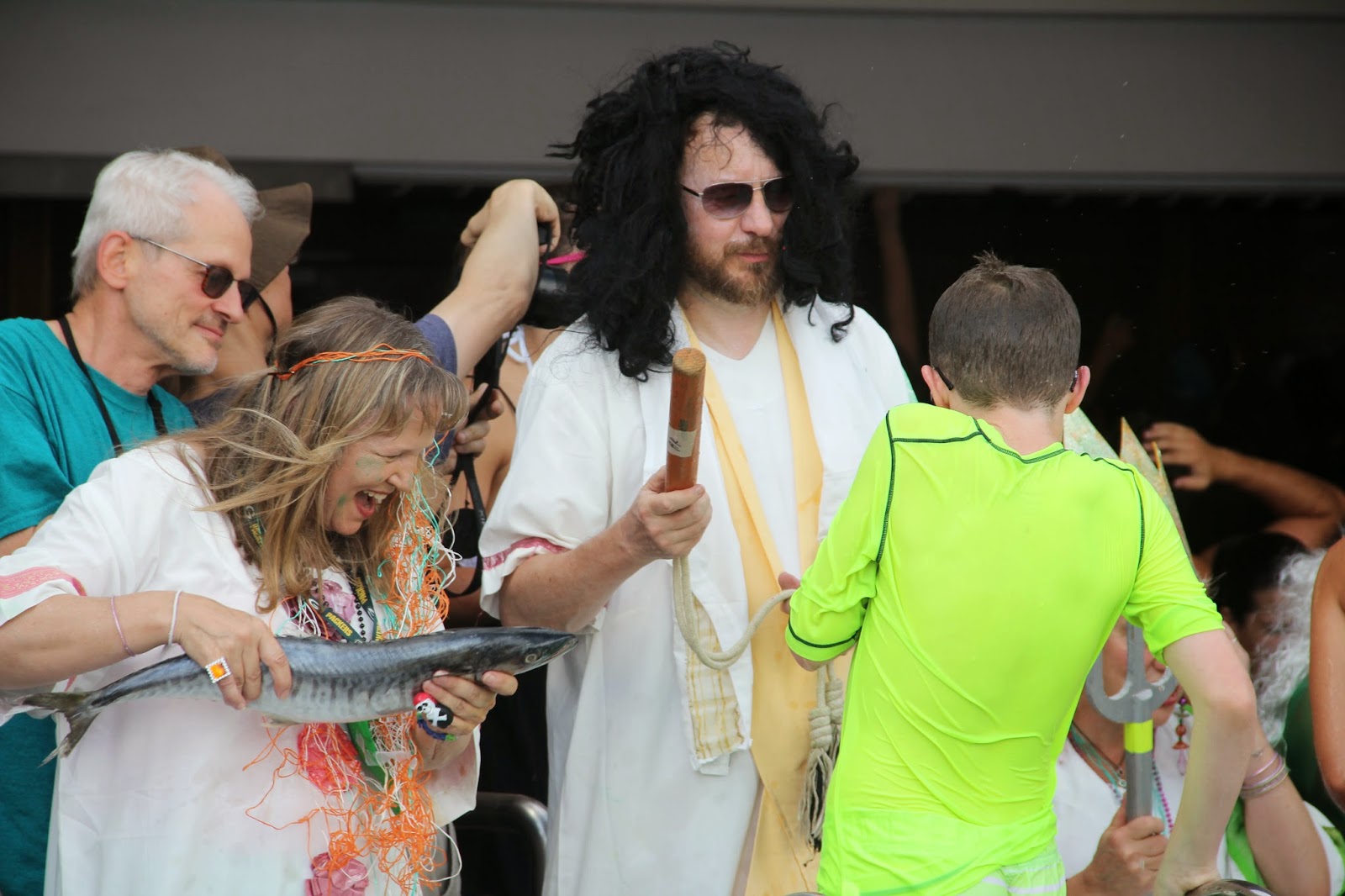 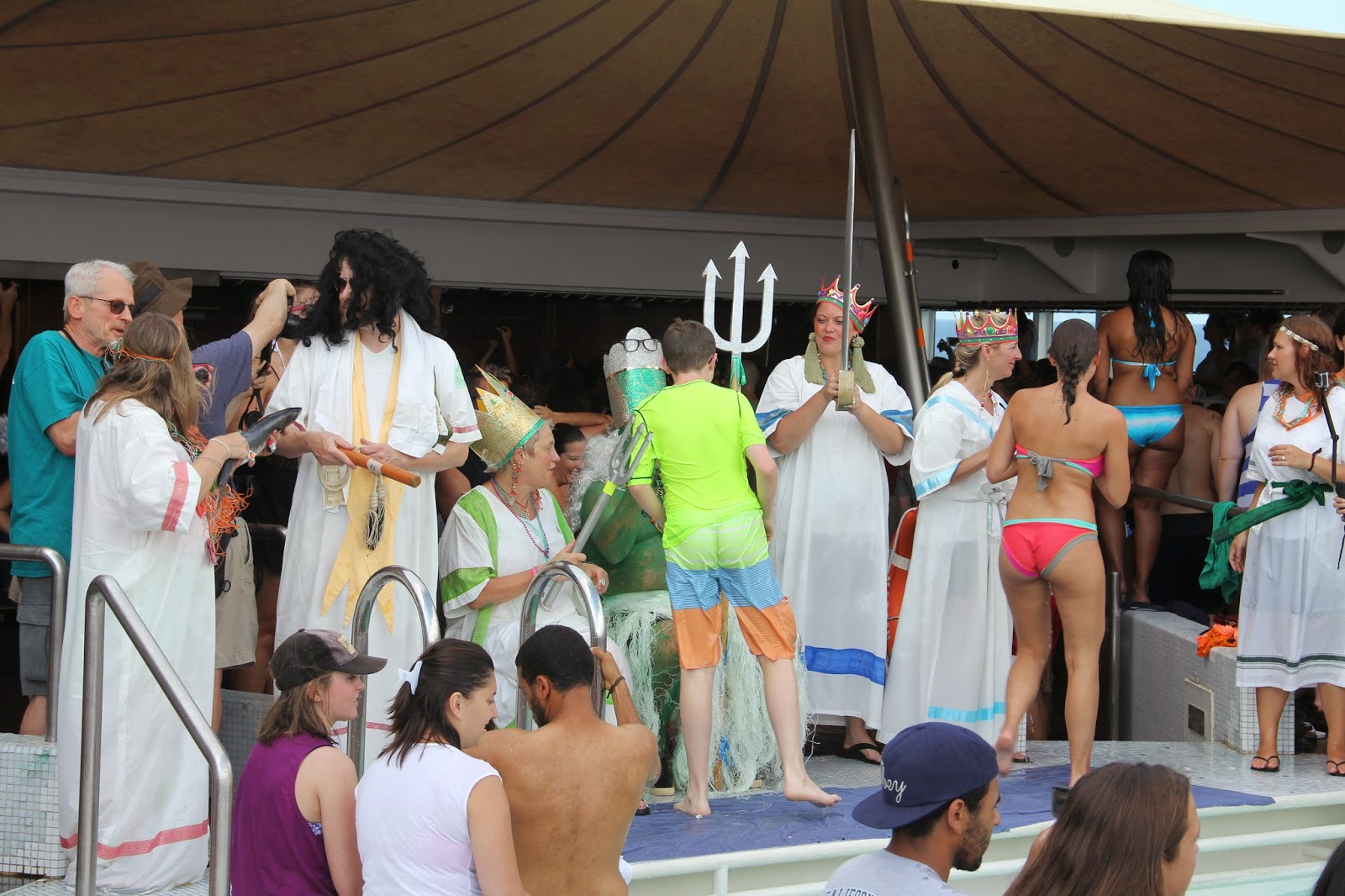 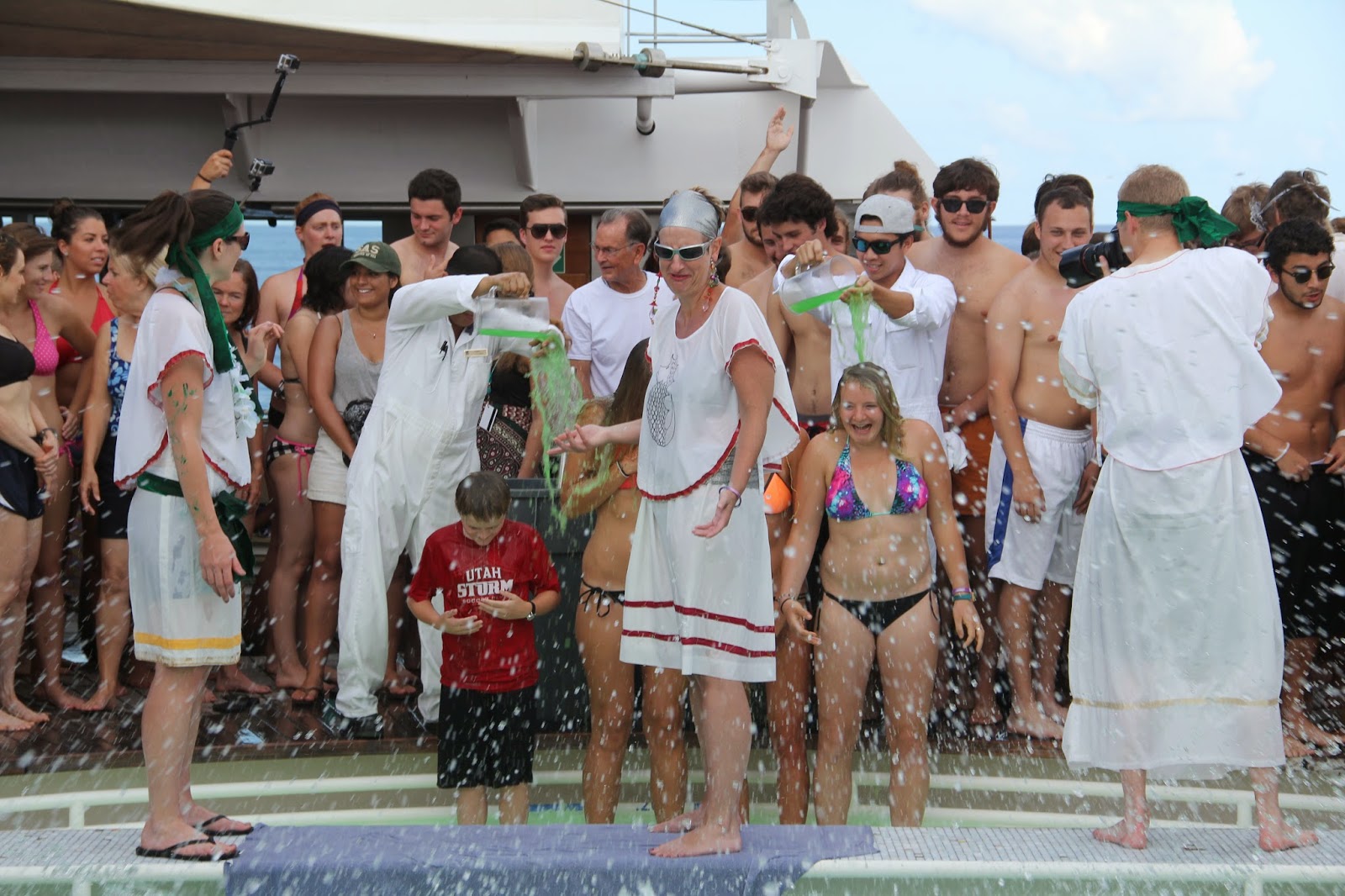 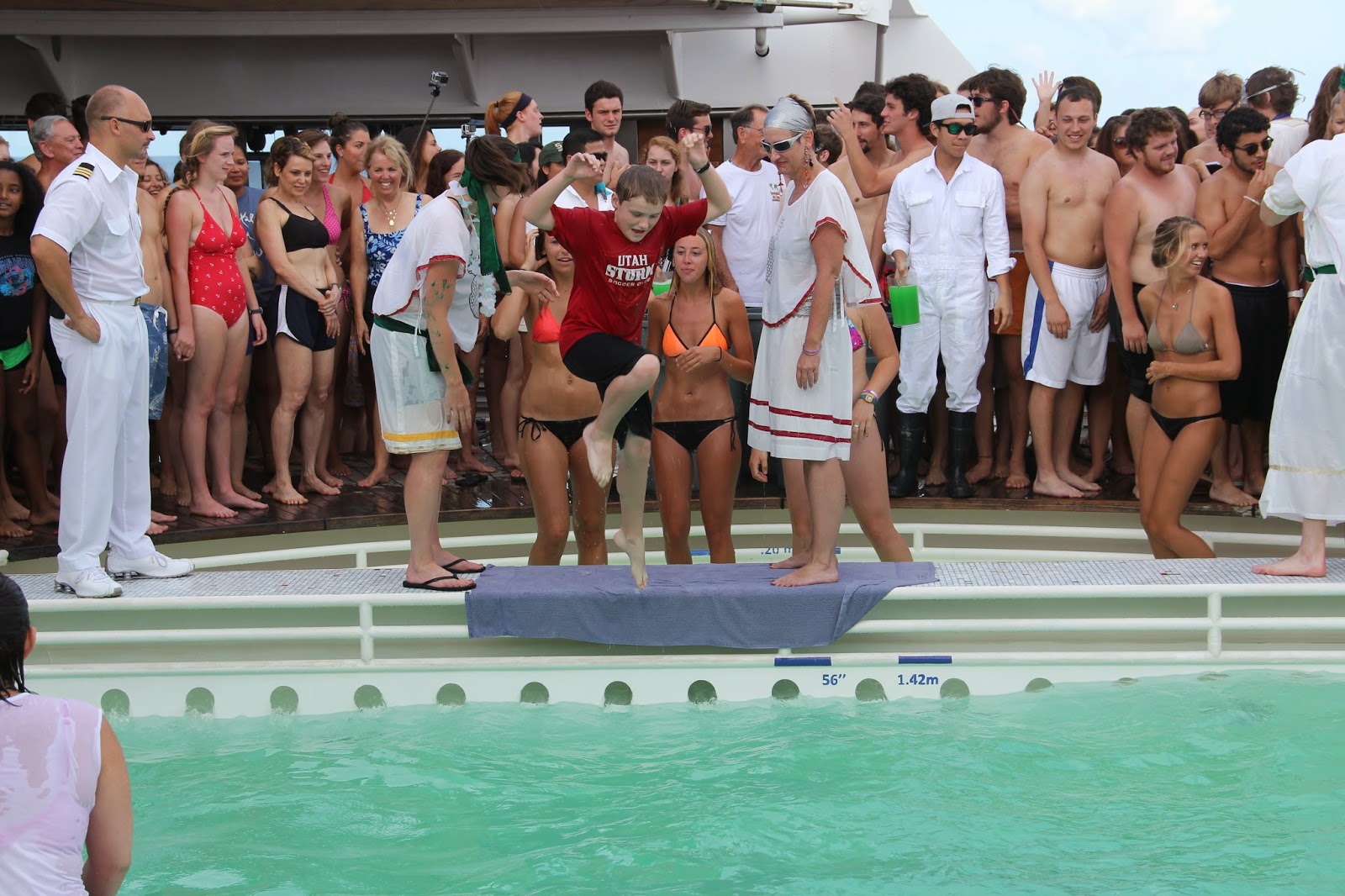 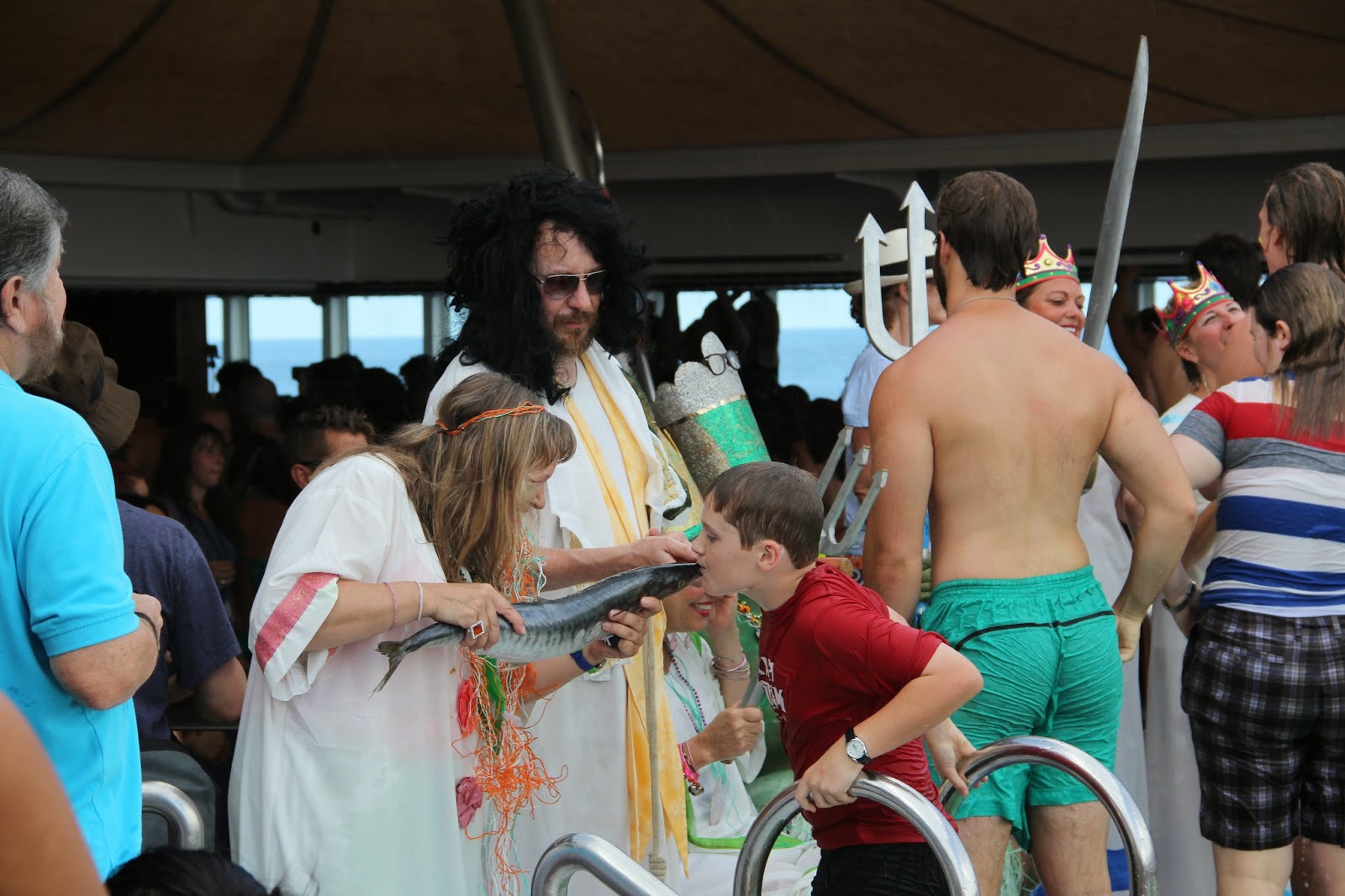 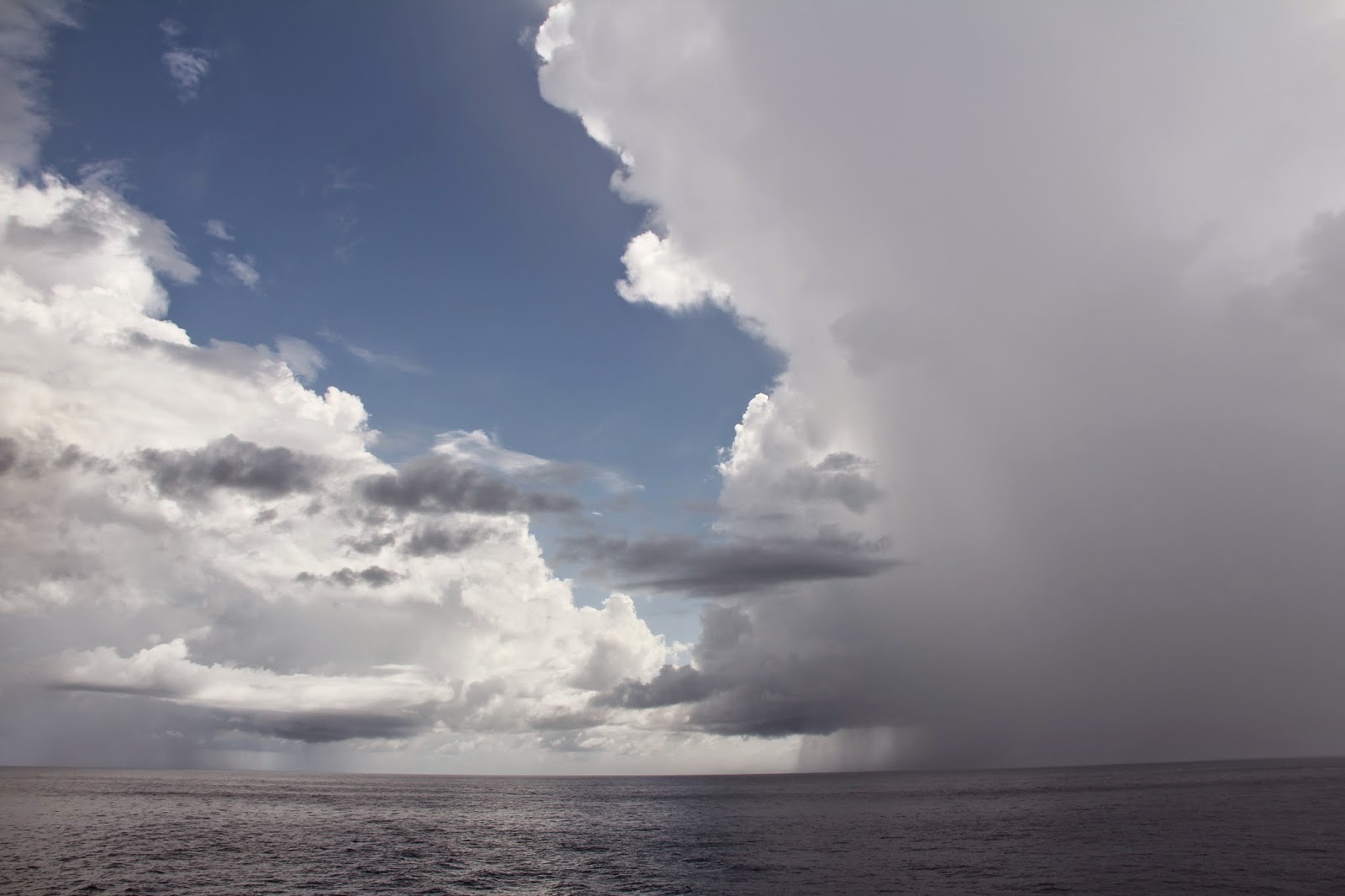 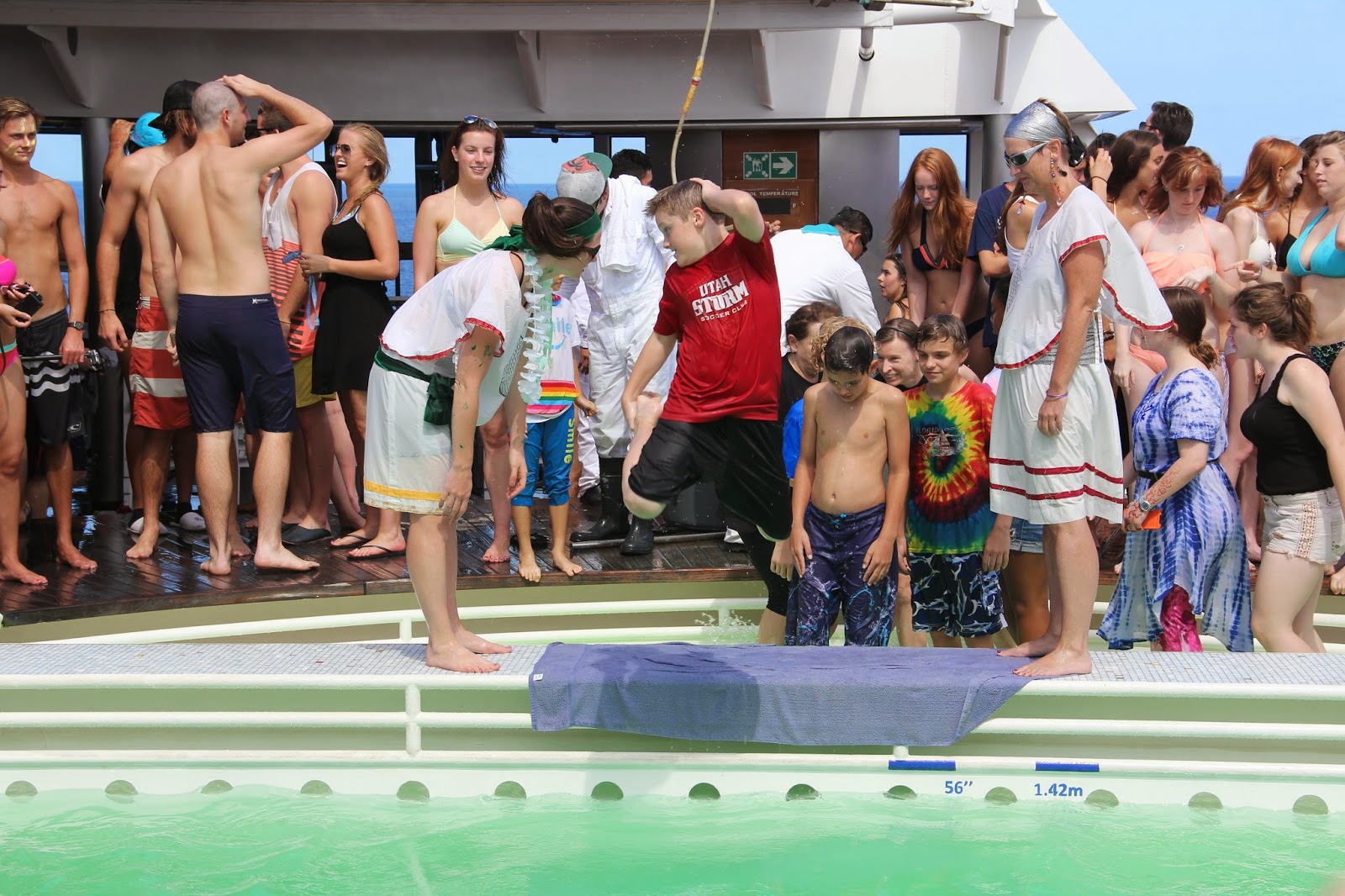 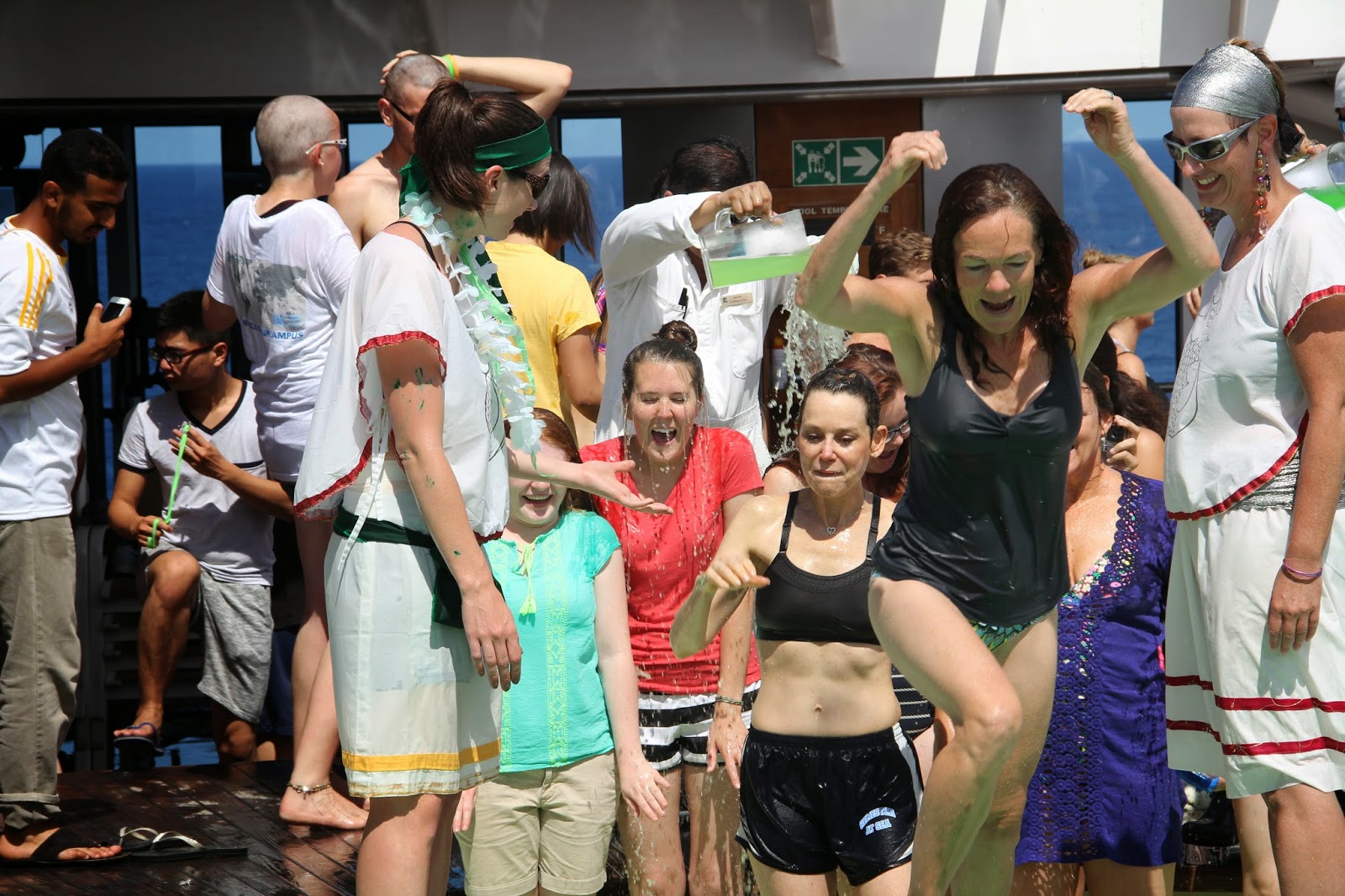 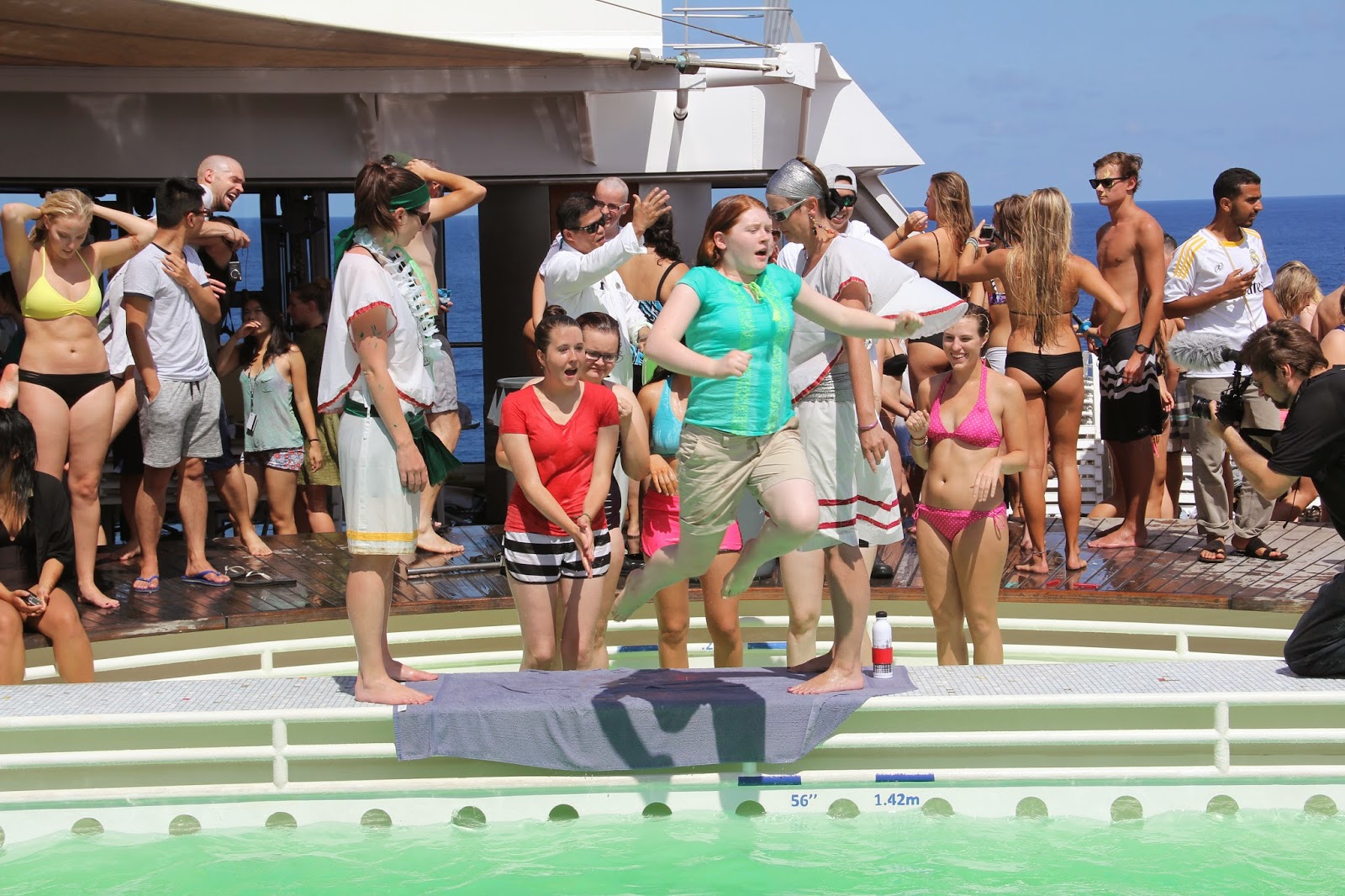 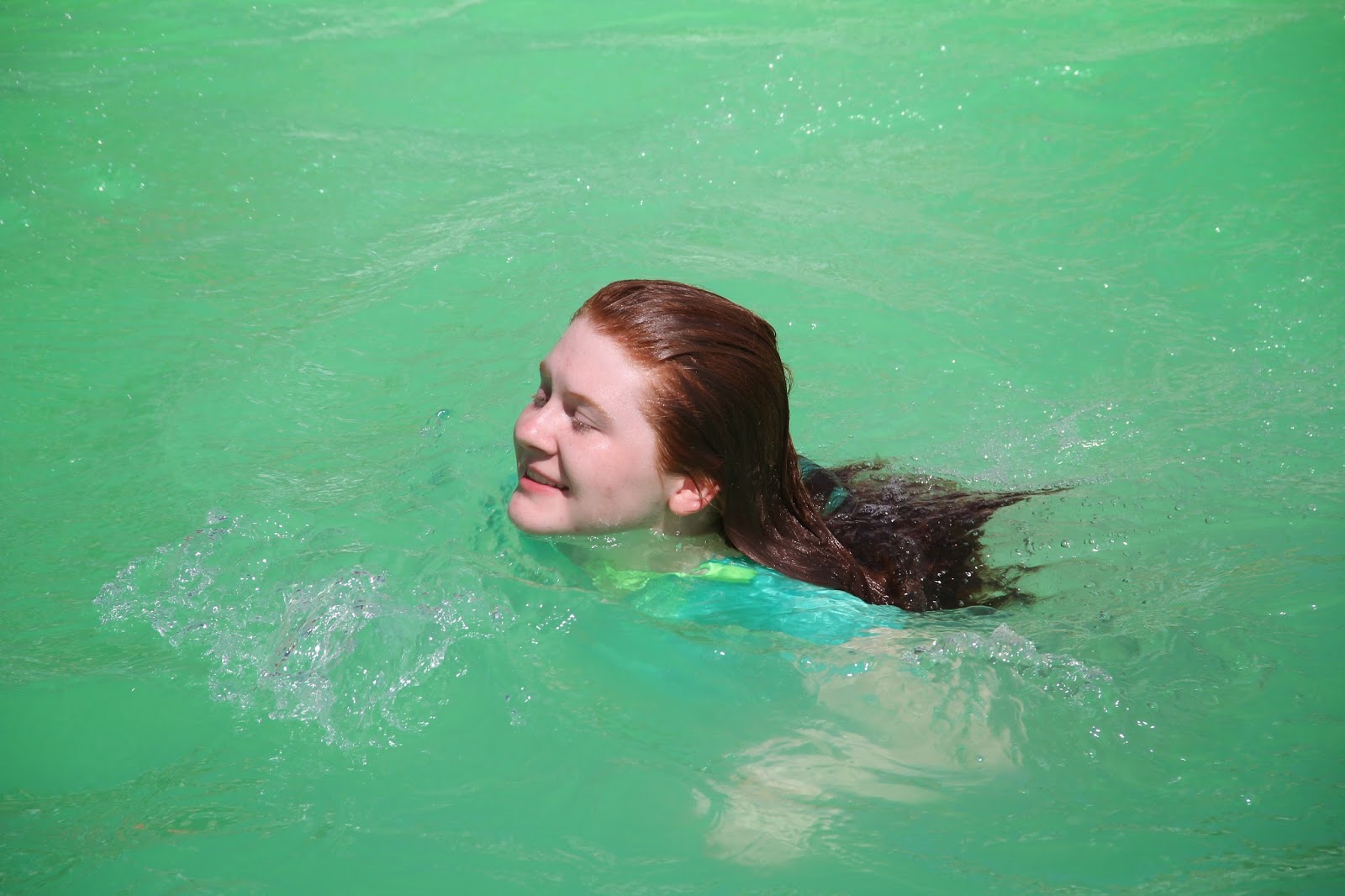 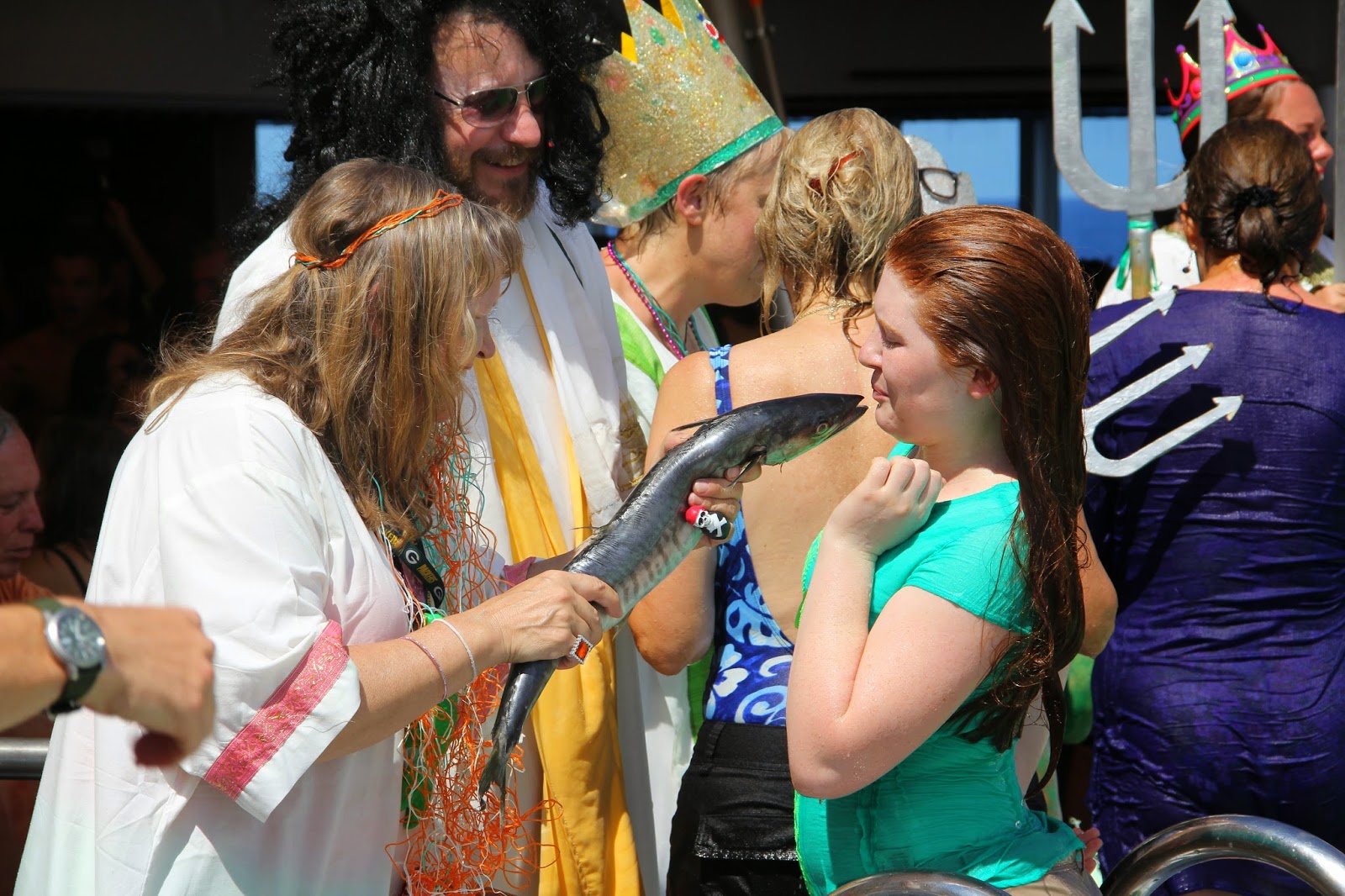 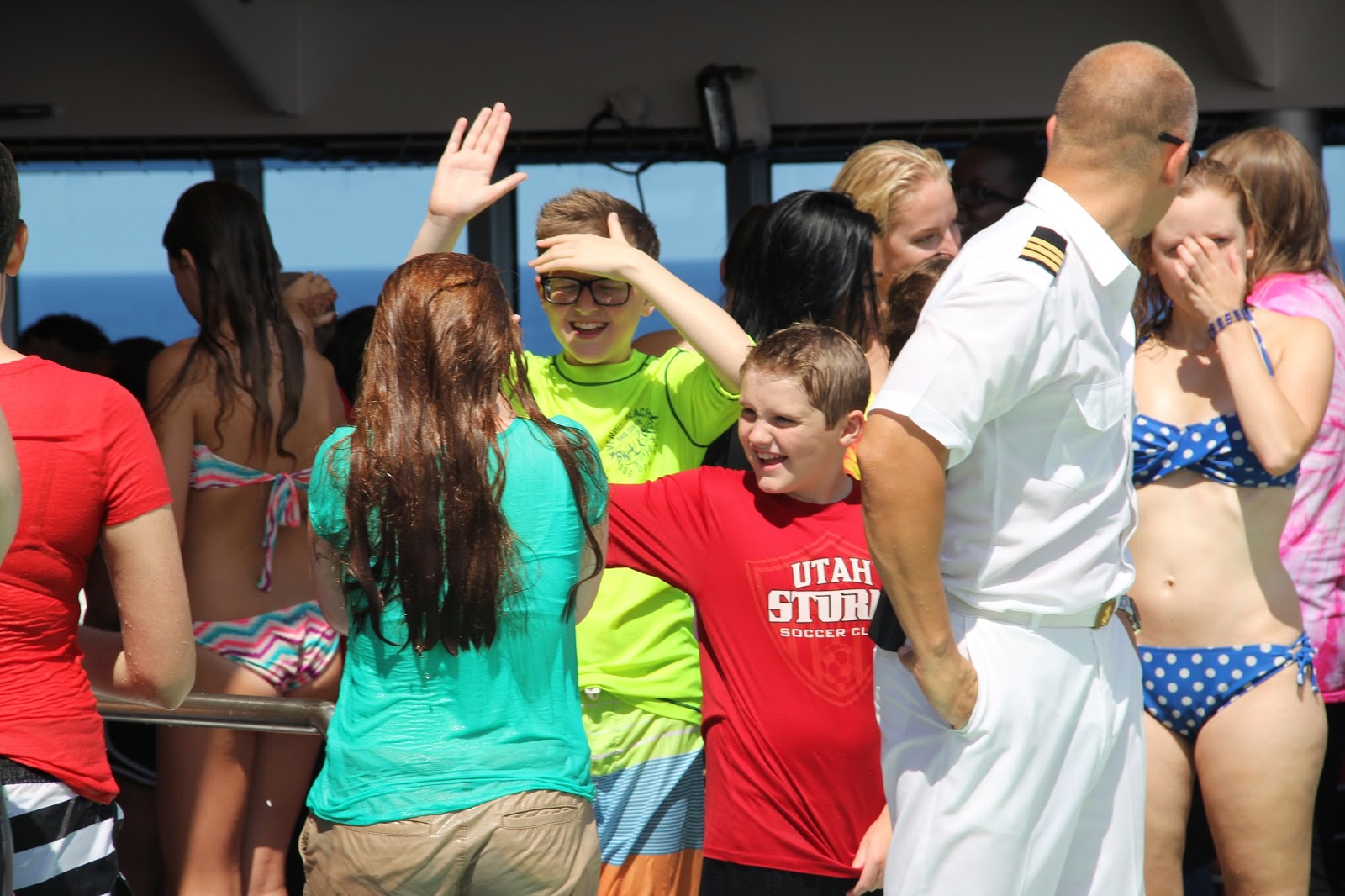 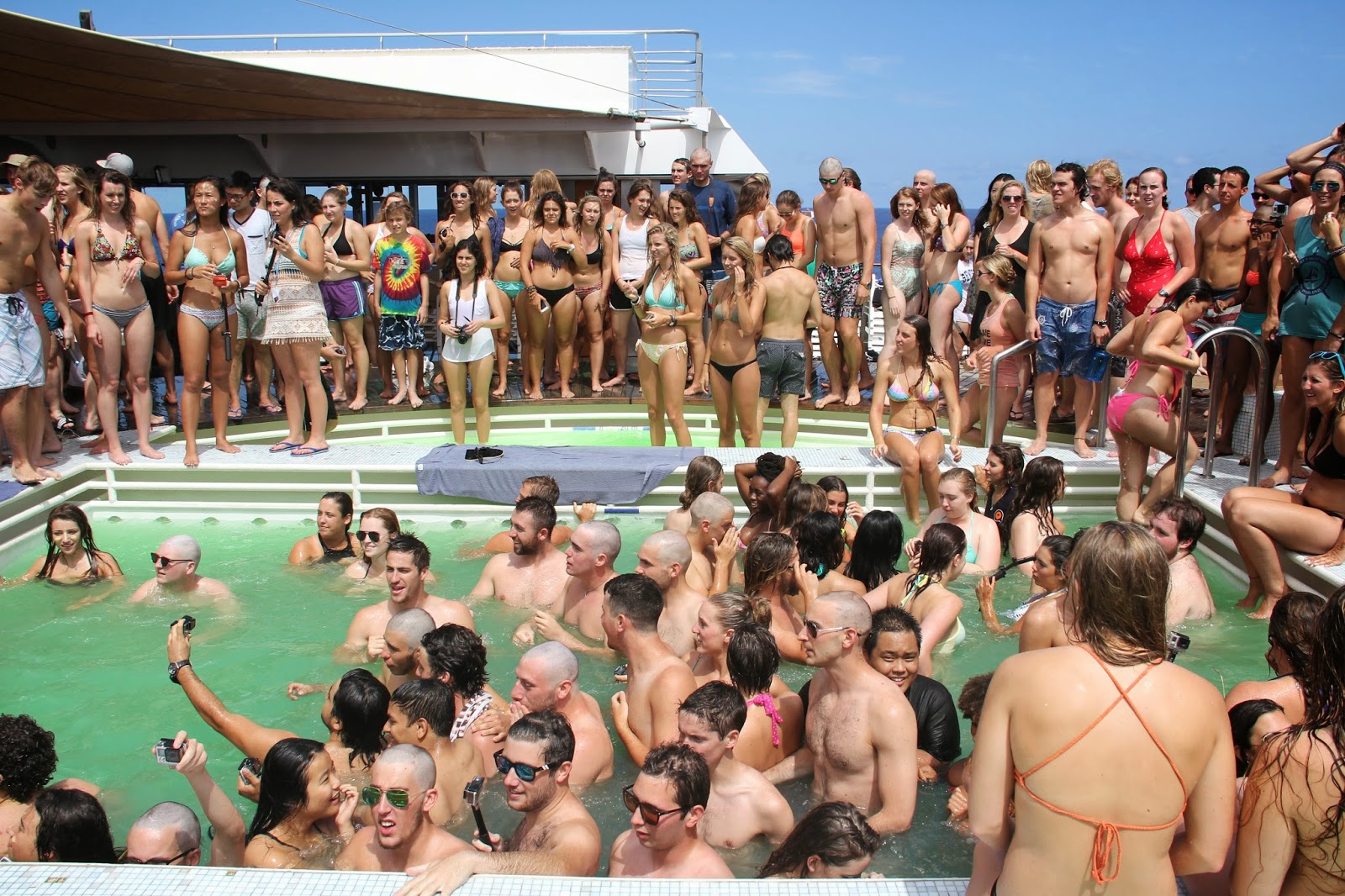 One other tradition for Neptune Day is to have your head shaved. A few women did it too. 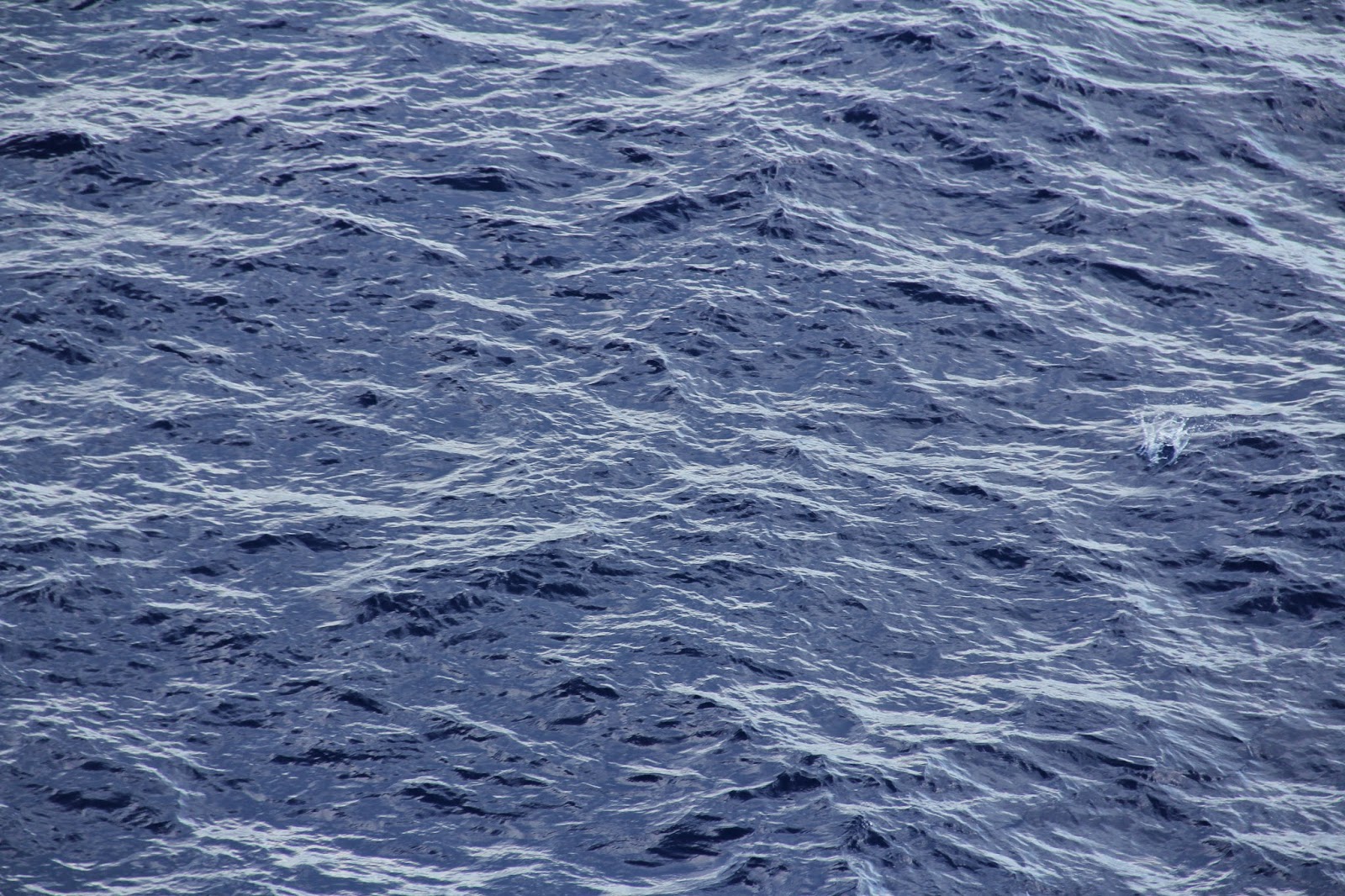 The splash from a flying fish. 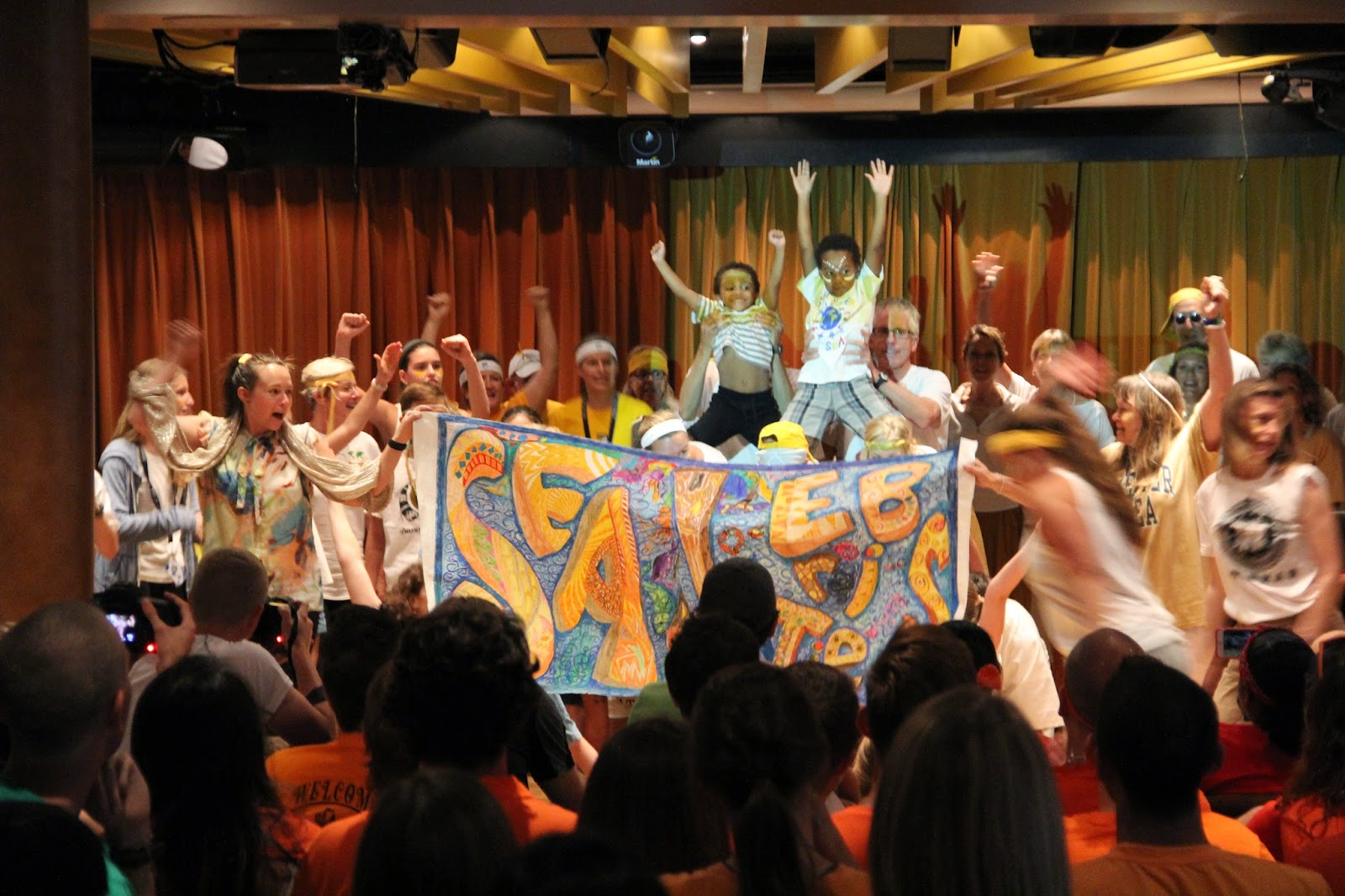 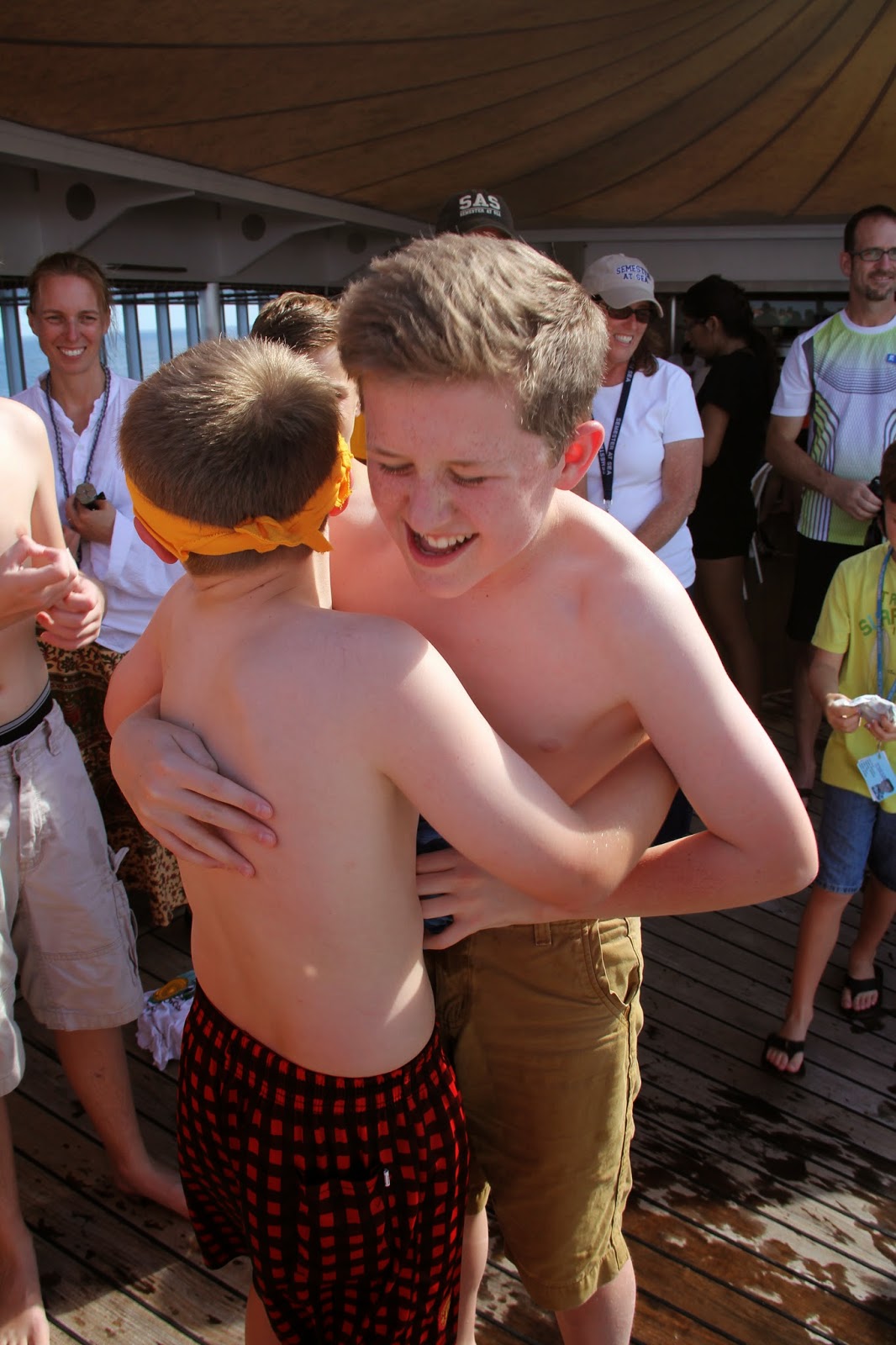 Sea Olympics day. Eight Student teams and the faculty, staff and families team compete in events like team cheer, team banner, synchronized swimming, volleyball, dodge ball, charades, chess, lip sync etc. Joel and Will competed in the frozen t-shirt contest where competitors have to thaw--by using body heat-- a solid block of water and t-shirt to the point they can then wear it. Joel also performed (he has some cool moves) with others from our team in the lip sync. 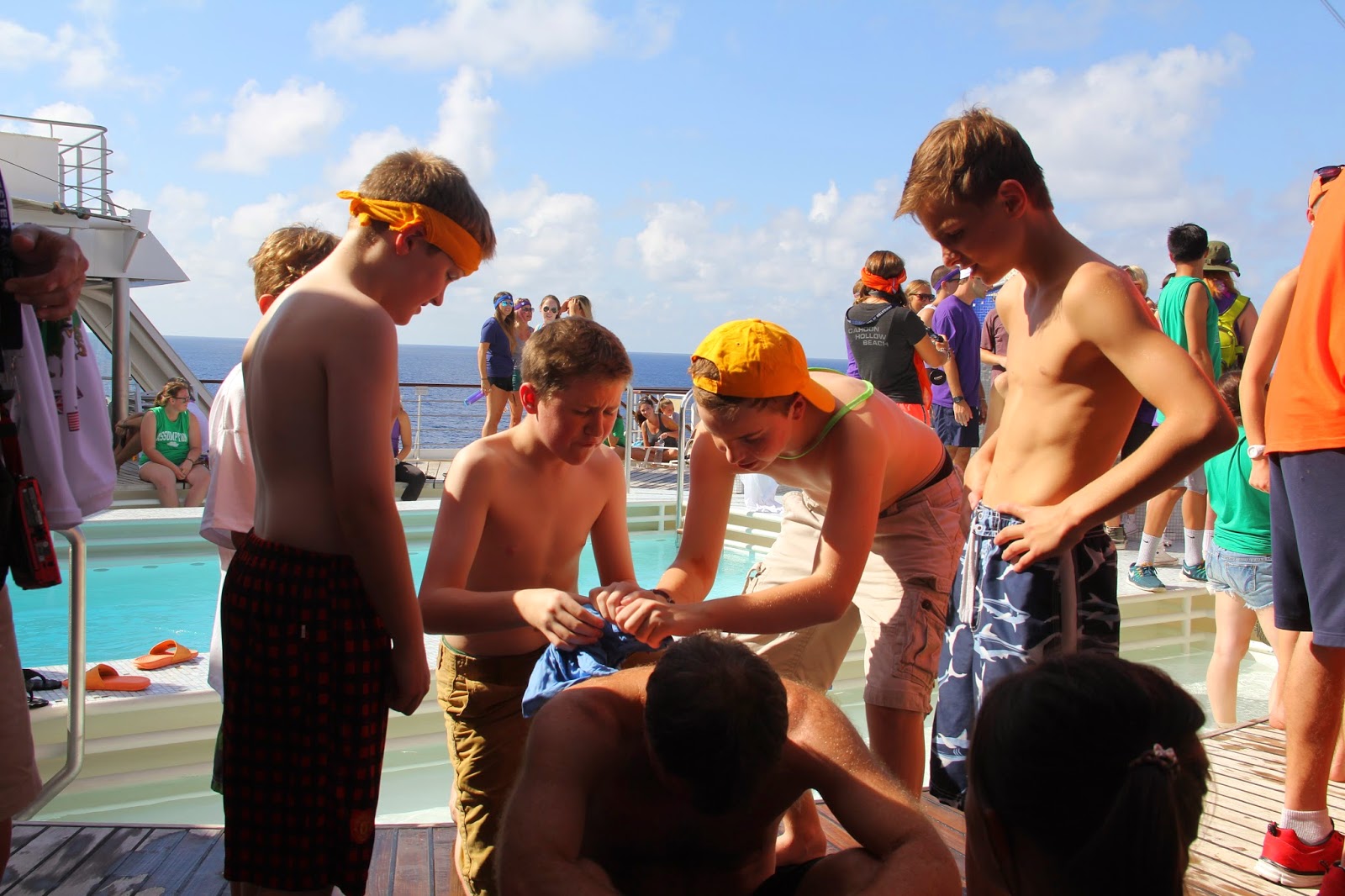 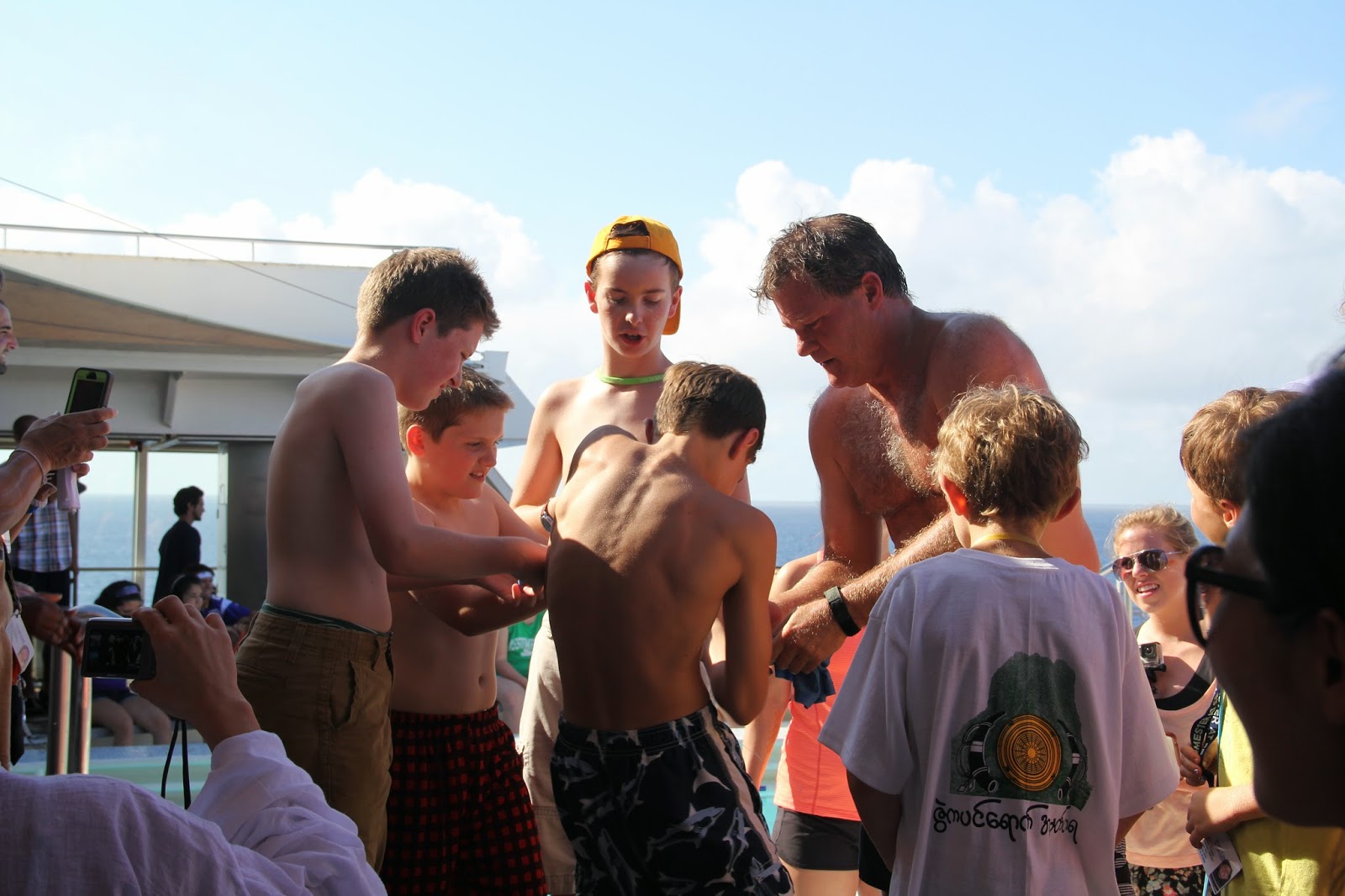 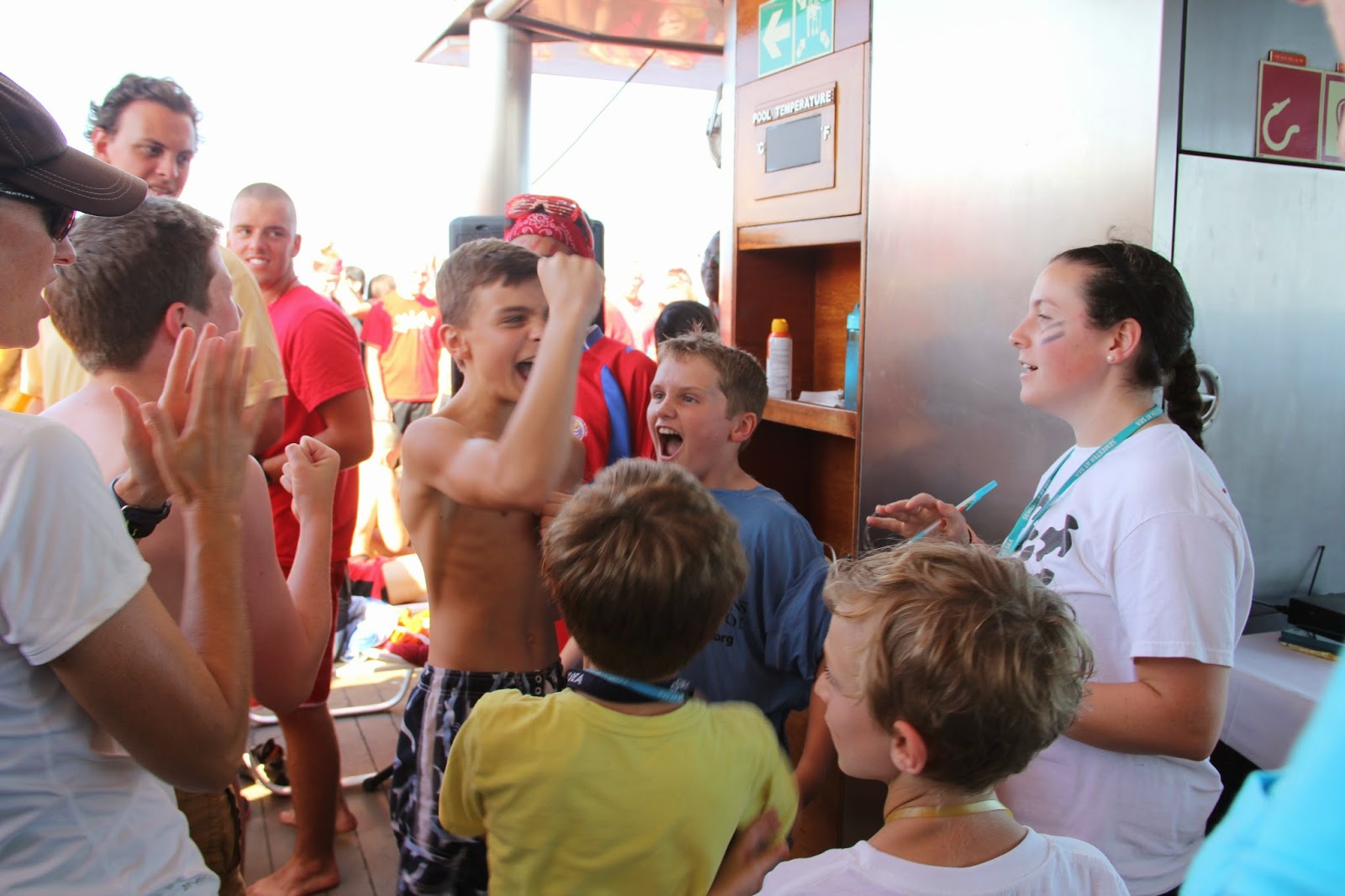 Being told that their team was first to finish. Will is wearing the once frozen t-shirt. Unfortunately our team was penalized with additional minutes because they started out the event by soaking the ice block in the wading pool (one other team did it too until both were told it was against the rules) which helped speed up the process. When asked why they chose that tactic, the boys and the one father on the team noted that the rules did not say it was against the rules to use the pool. 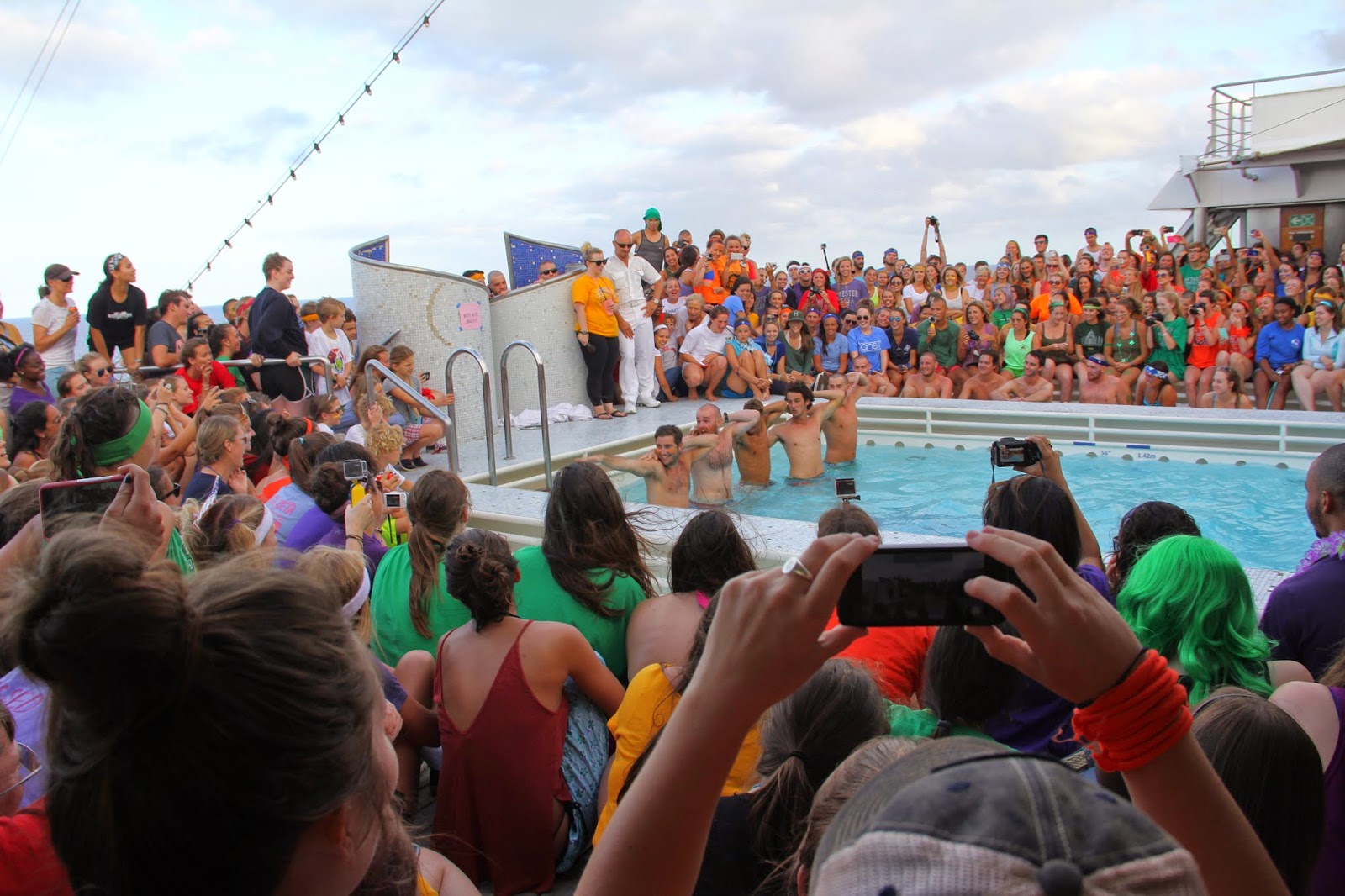