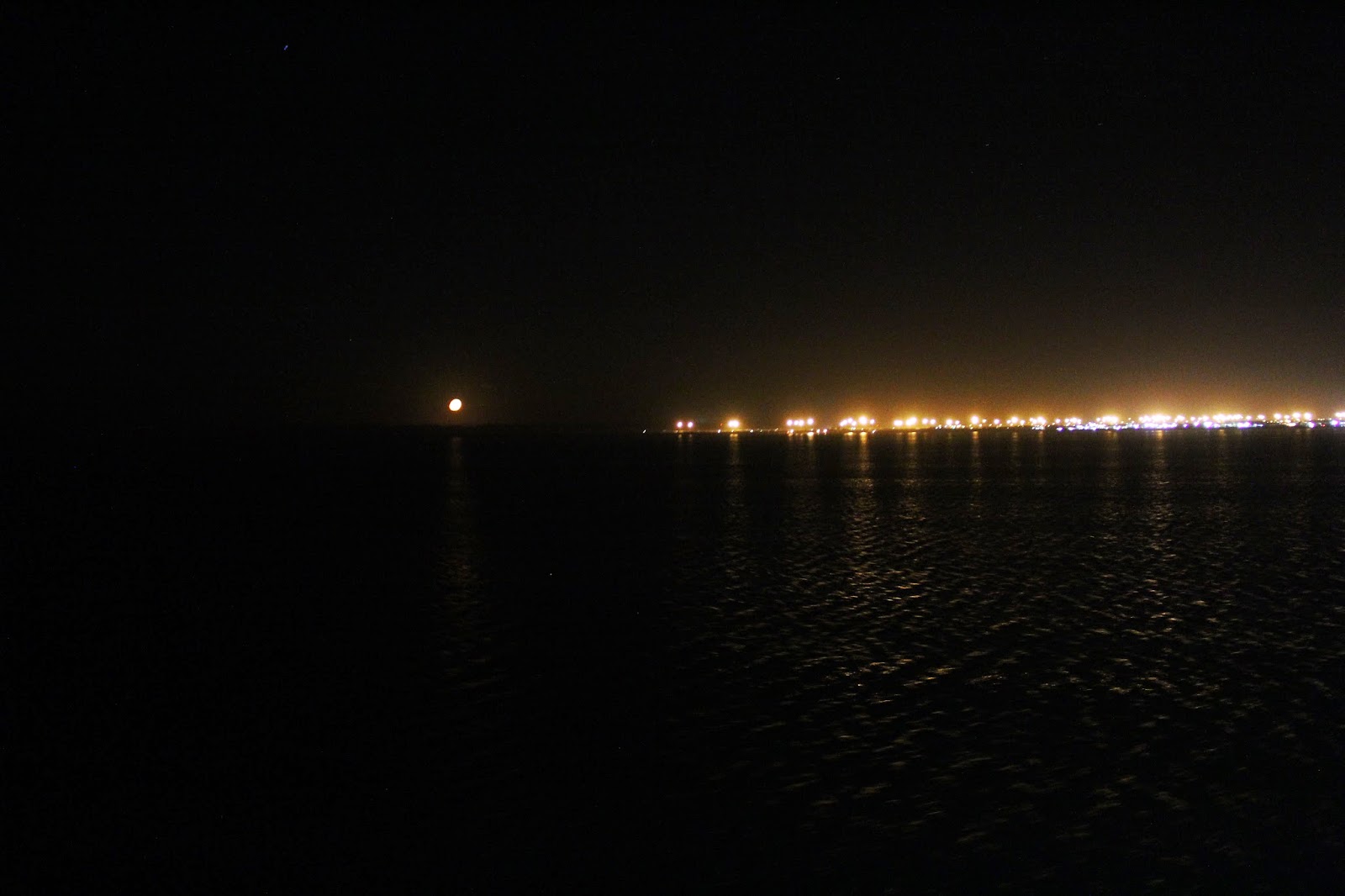 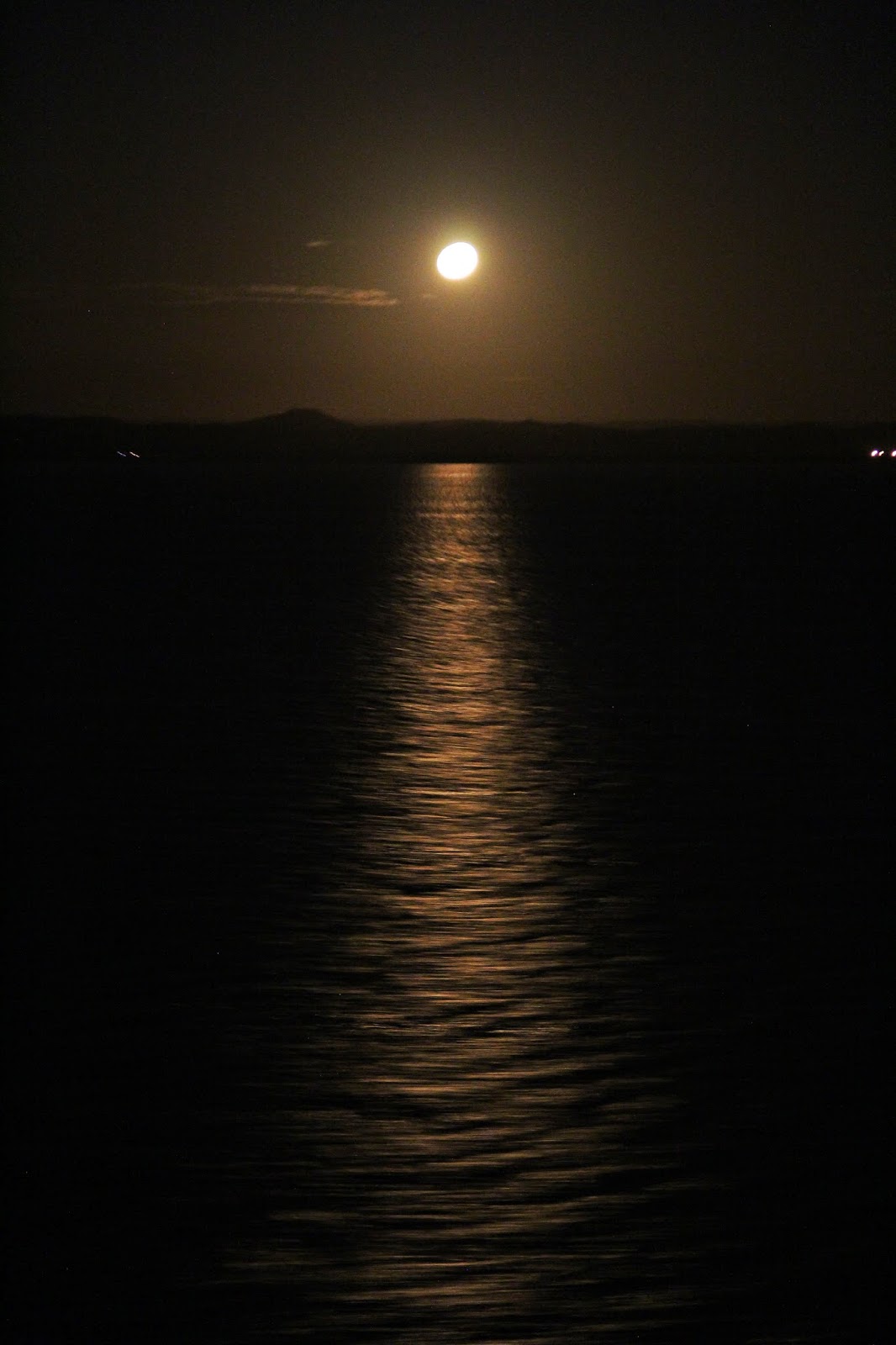 
It was a long 12 day sail from Walvis Bay to Casablanca. At some point we crossed back into the northern hemisphere. I kept busy helping Marie prepare a geography bowl for an afternoon activity for the ship kids, giving lectures to the life long learners and to a colleague’s Sacred Places class on sharing sacred space in the Holy Land, helping the Muslim students on the ship present a seminar on Muslims and Arabs, and then giving the last pre-port lecture—50 minutes about Morocco (I’ve had many positive comments from fellow sailors telling me that it really did give them a good idea about what to expect and to do in Morocco). In addition I have been wading through lots of grading and writing finals. 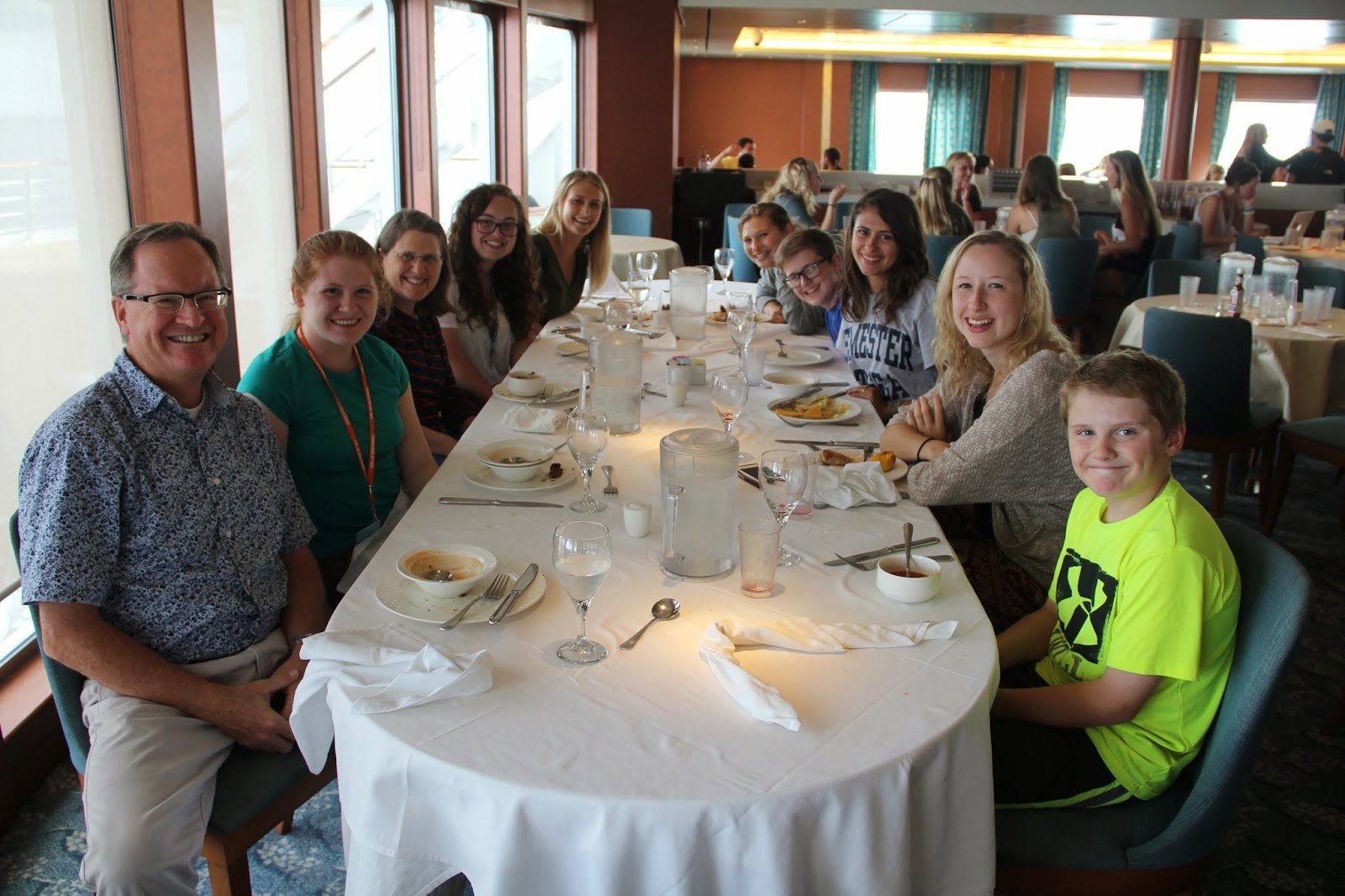 Our shipboard extended family. We gather for dinner every few weeks. For our last gathering we reserved the captain's table. Afterwards we played a way too long game of Uno. 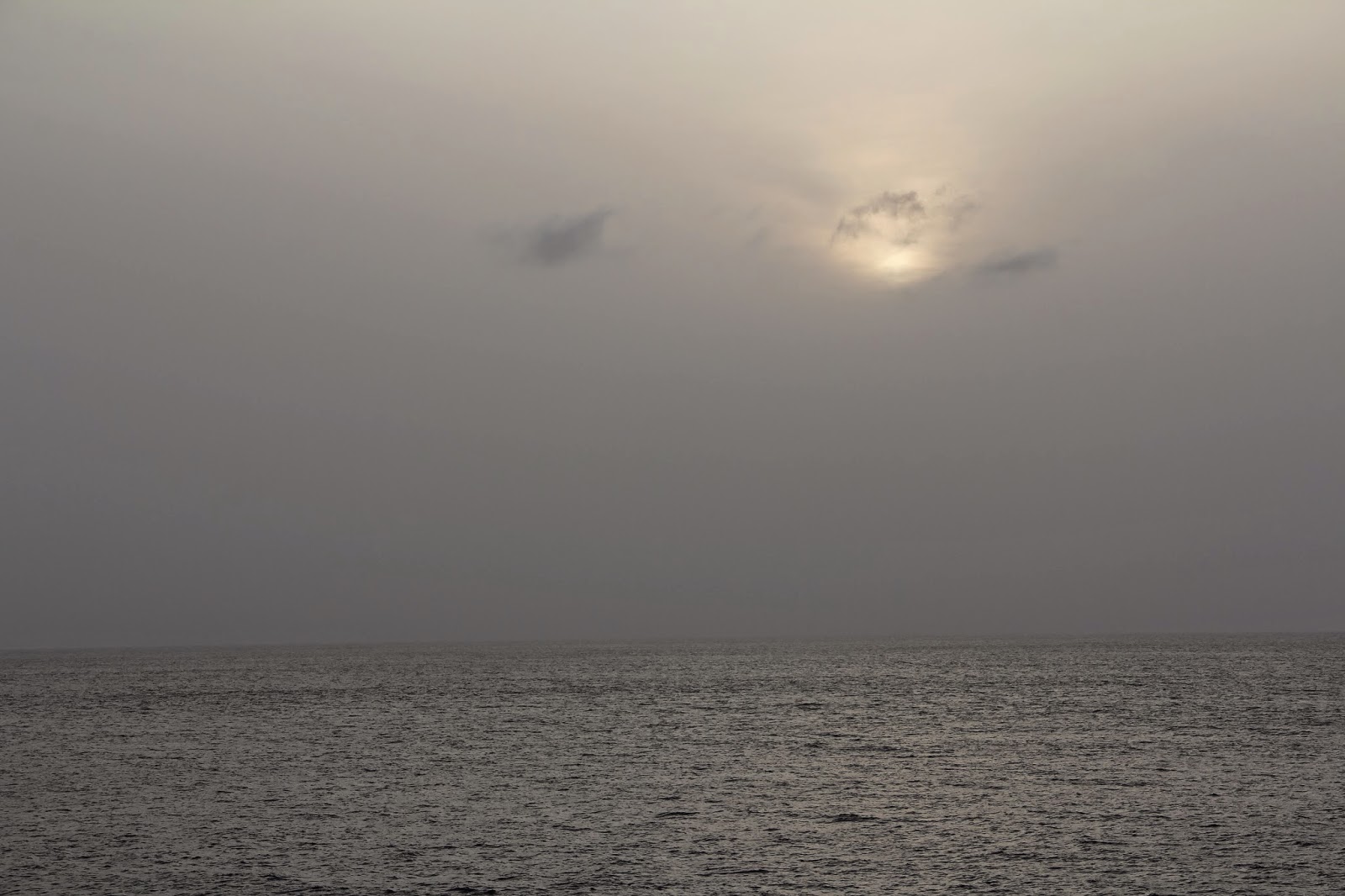 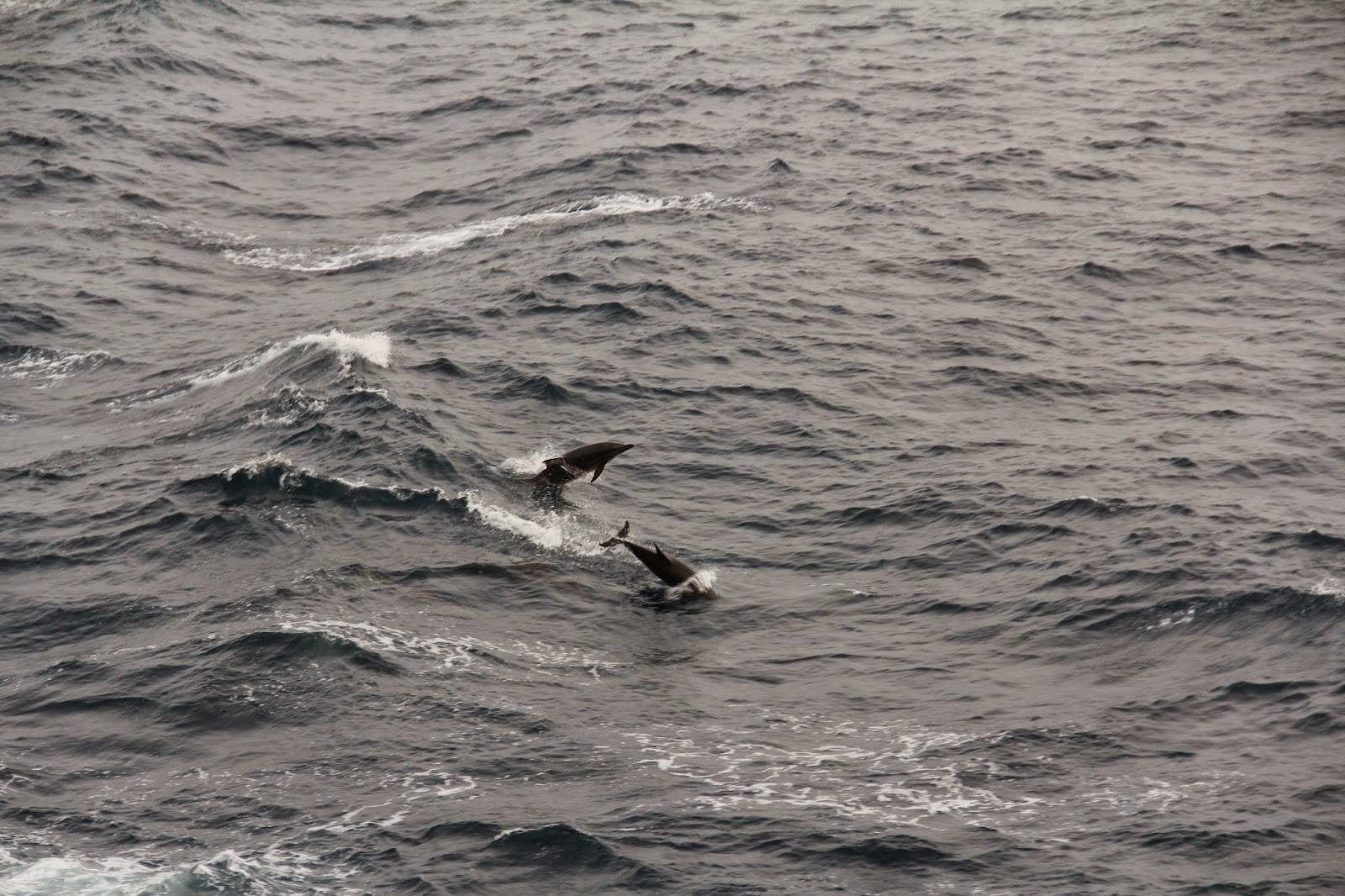 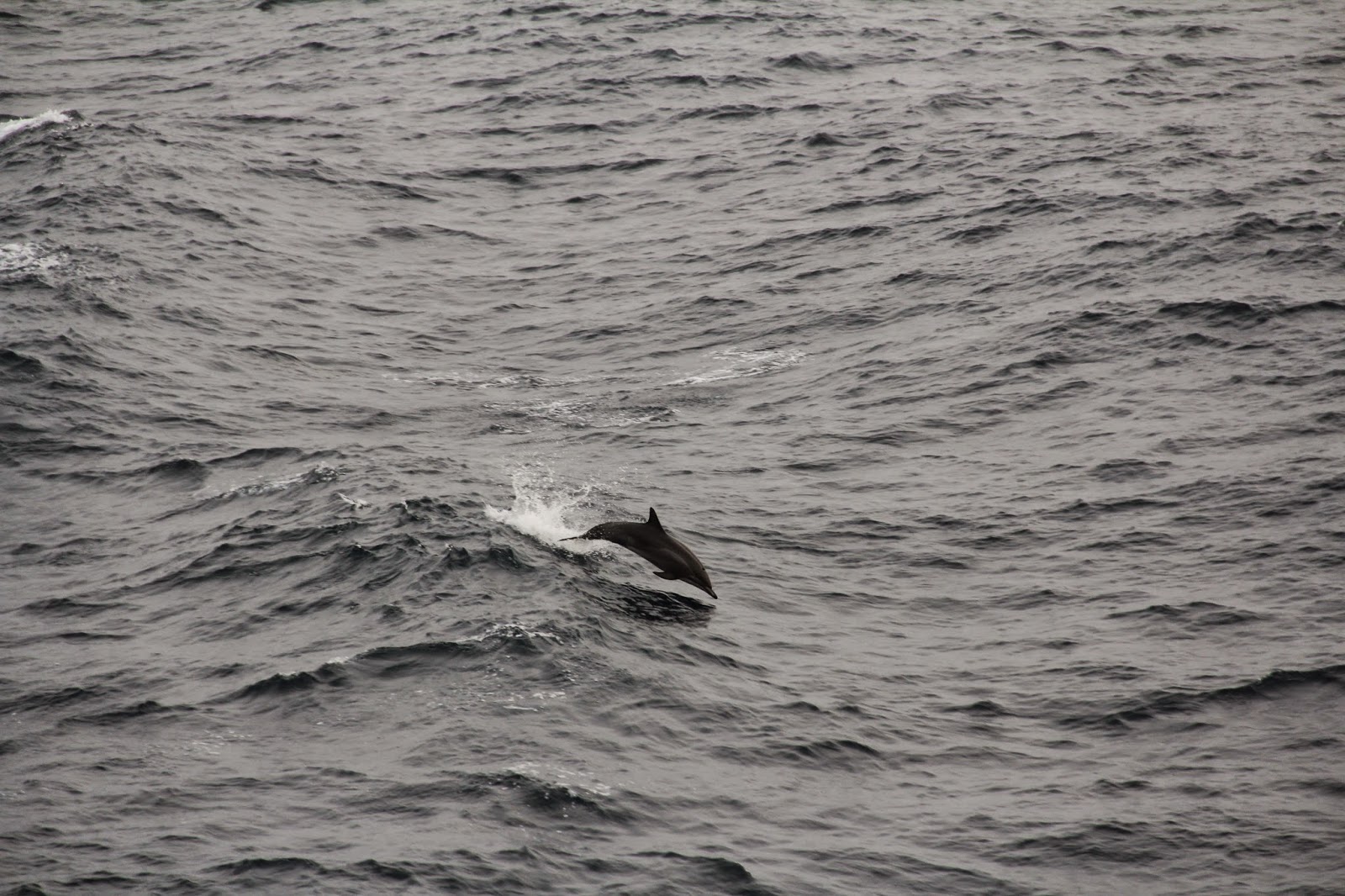 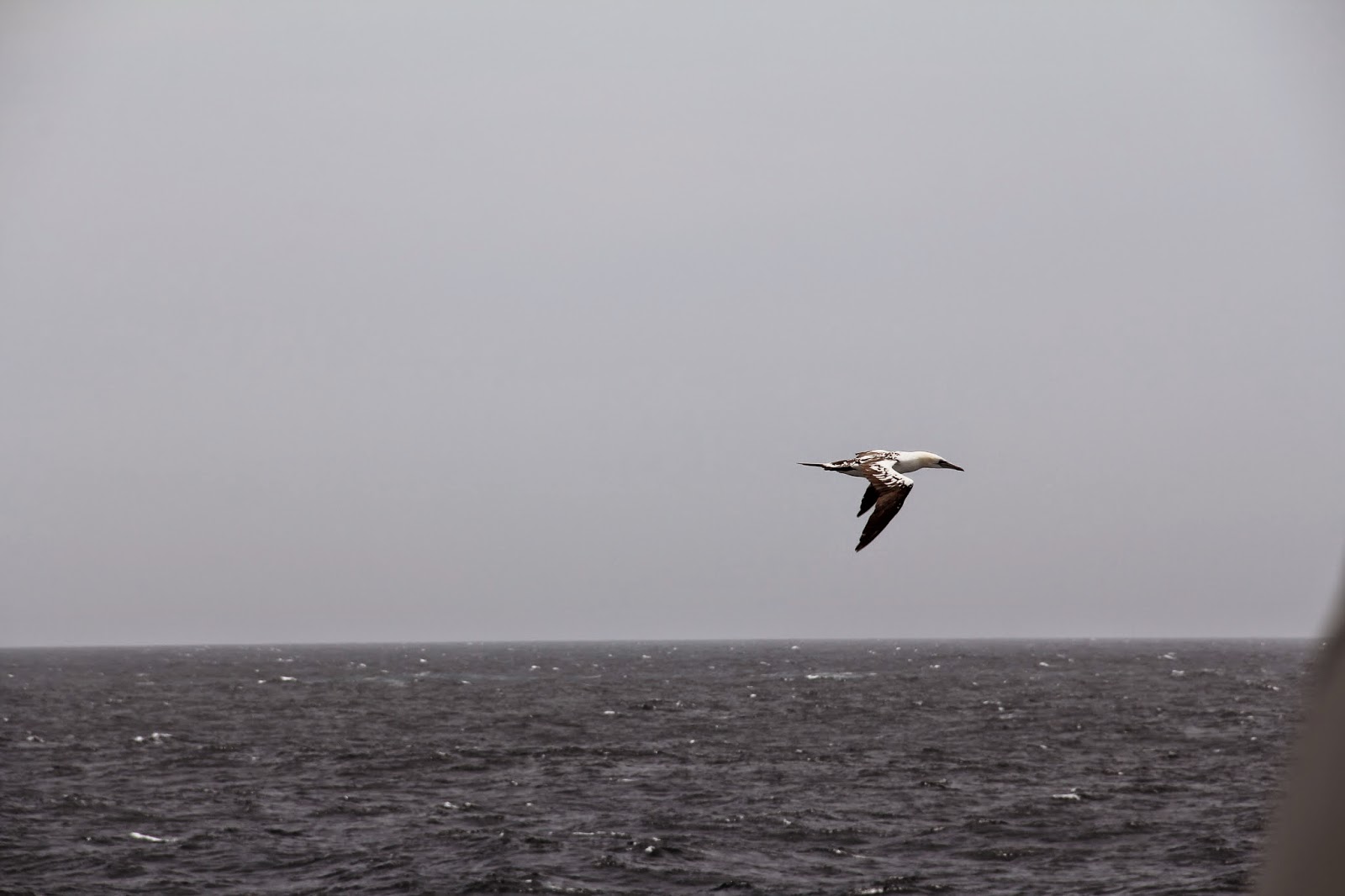 Long-flying seabirds stayed with us all one day west of Mauritania. 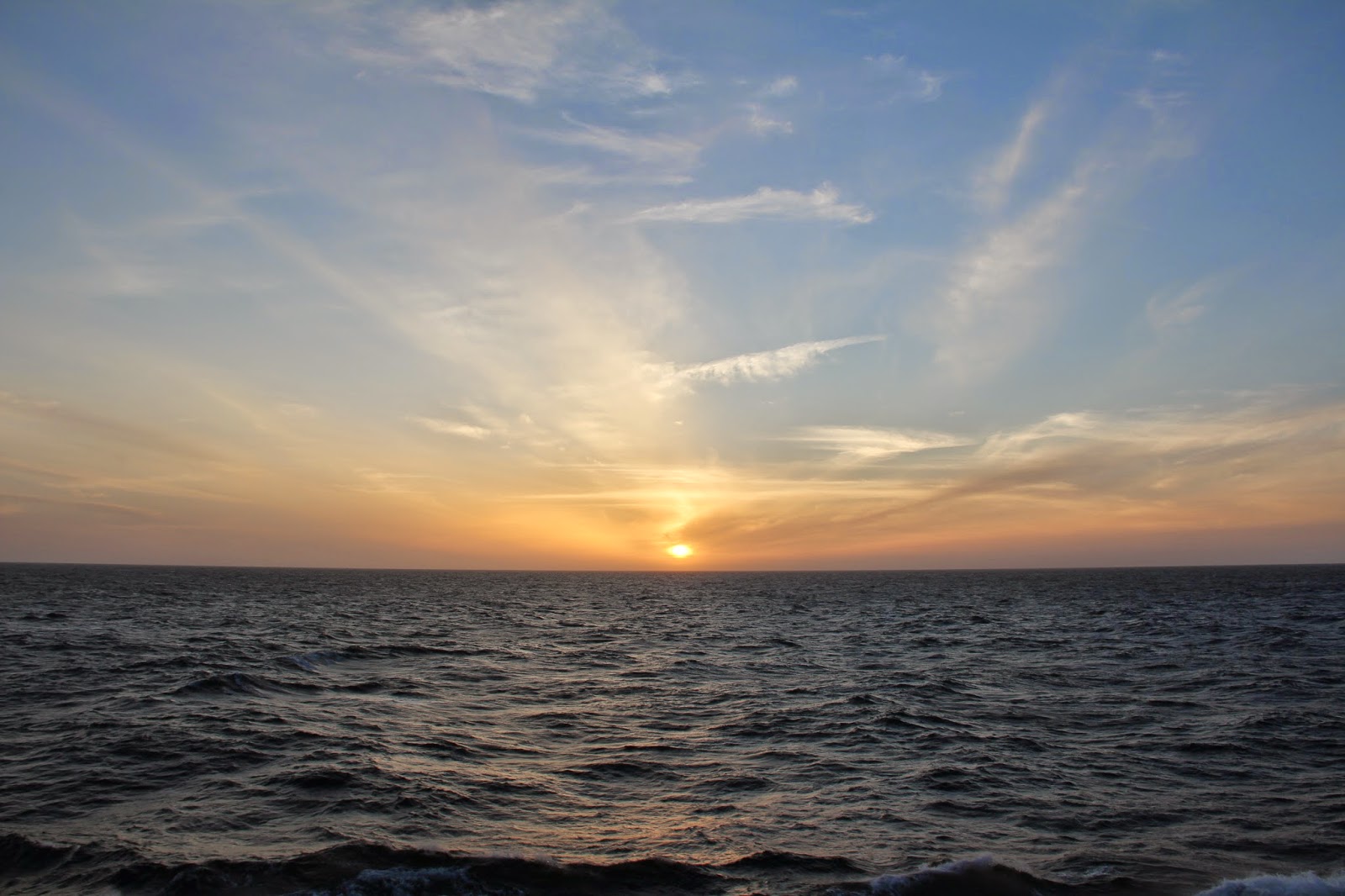 Sunset over the Atlantic 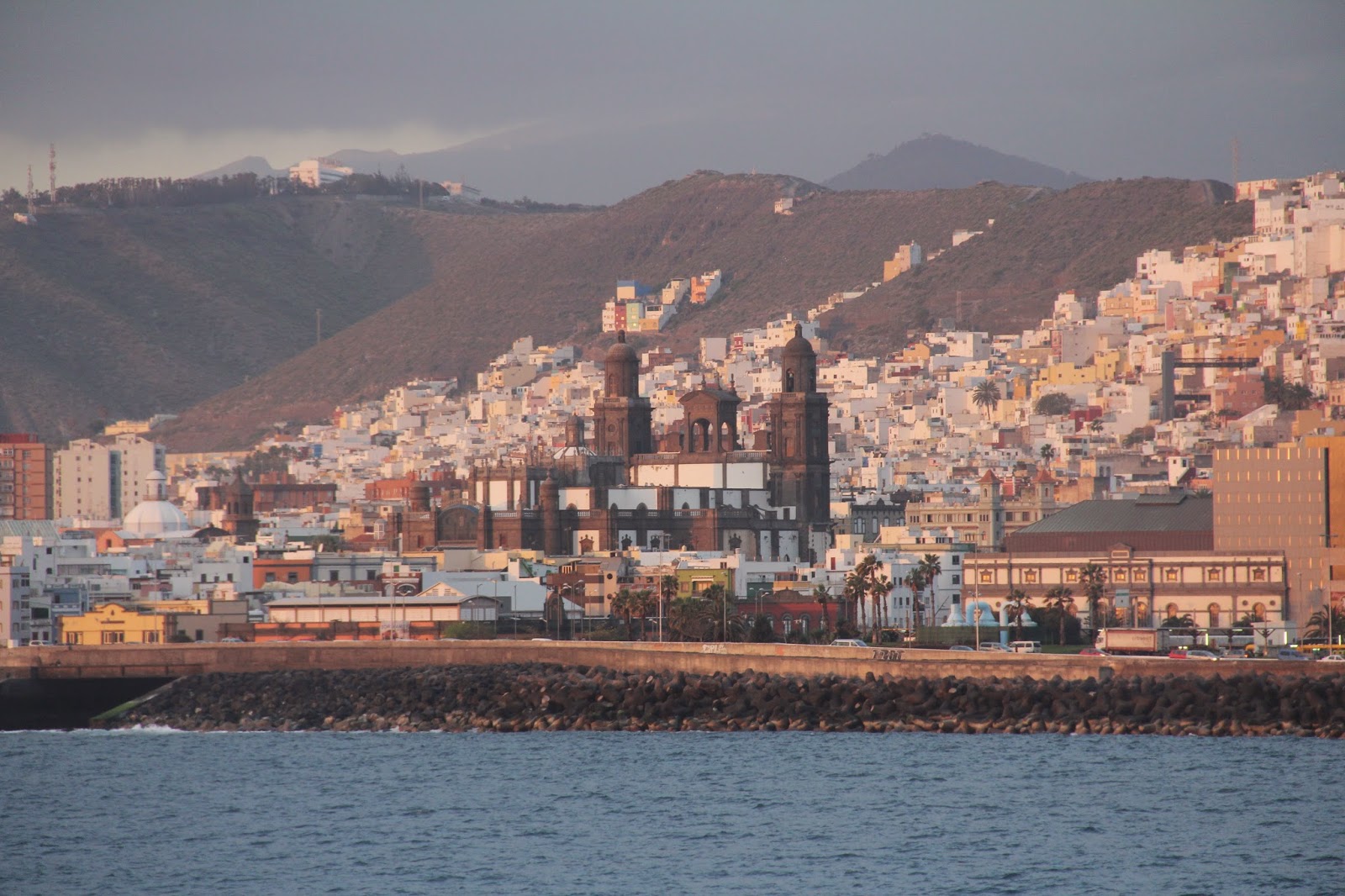 Gassing up (aka bunkering) in Las Palmas, 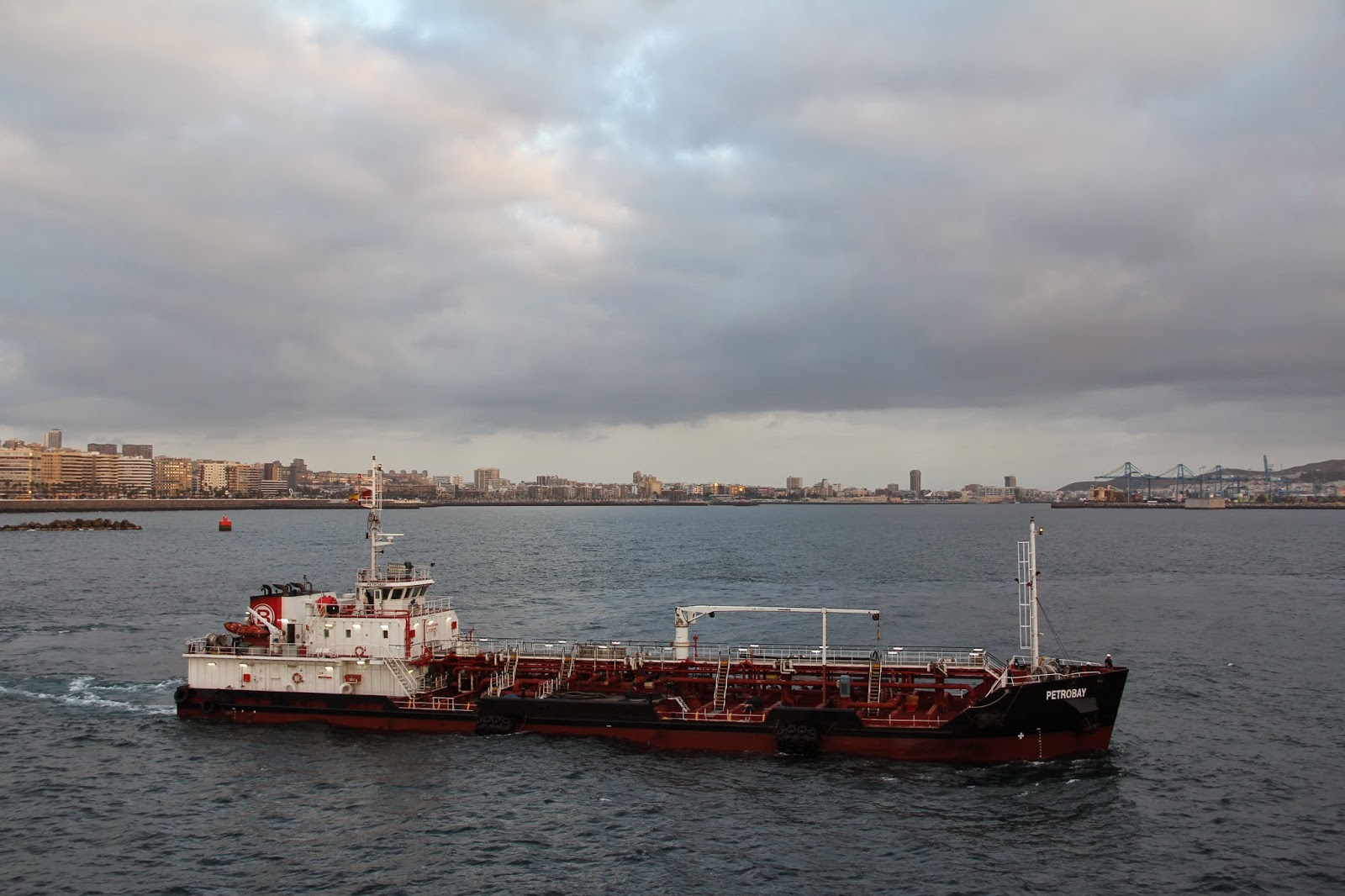 We stopped in Las Palmas, Canary Islands, Spain on the morning of April the 17th for about six hours to re-fuel. We anchored off shore and a fuel boat pulled up along side us to fill us up—all while I was teaching my two classes. We had a beautiful view of the island. It would have been great to go ashore. I have never been to Spain and I don’t know if floating in territorial waters should count as now having been there. 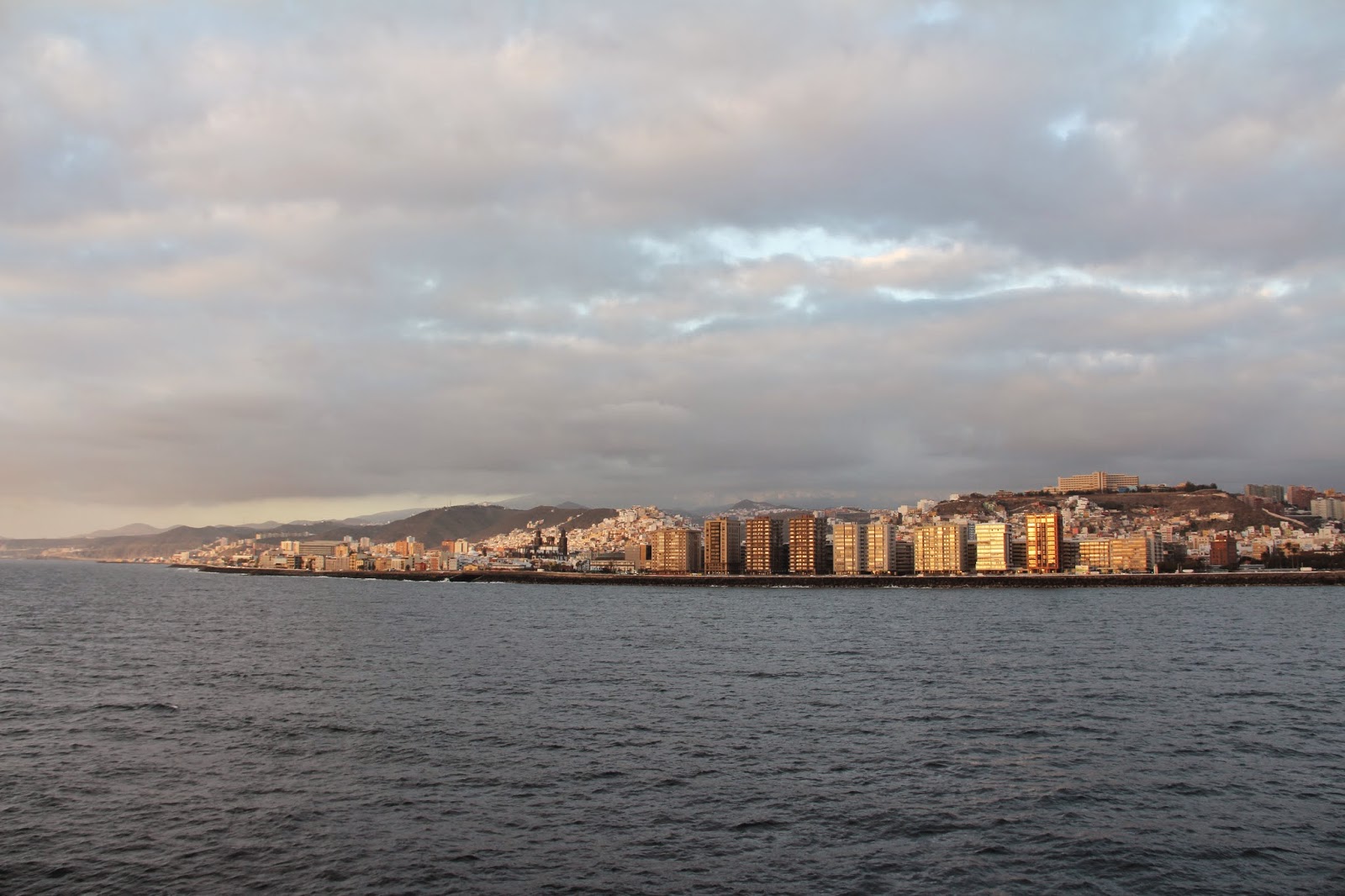 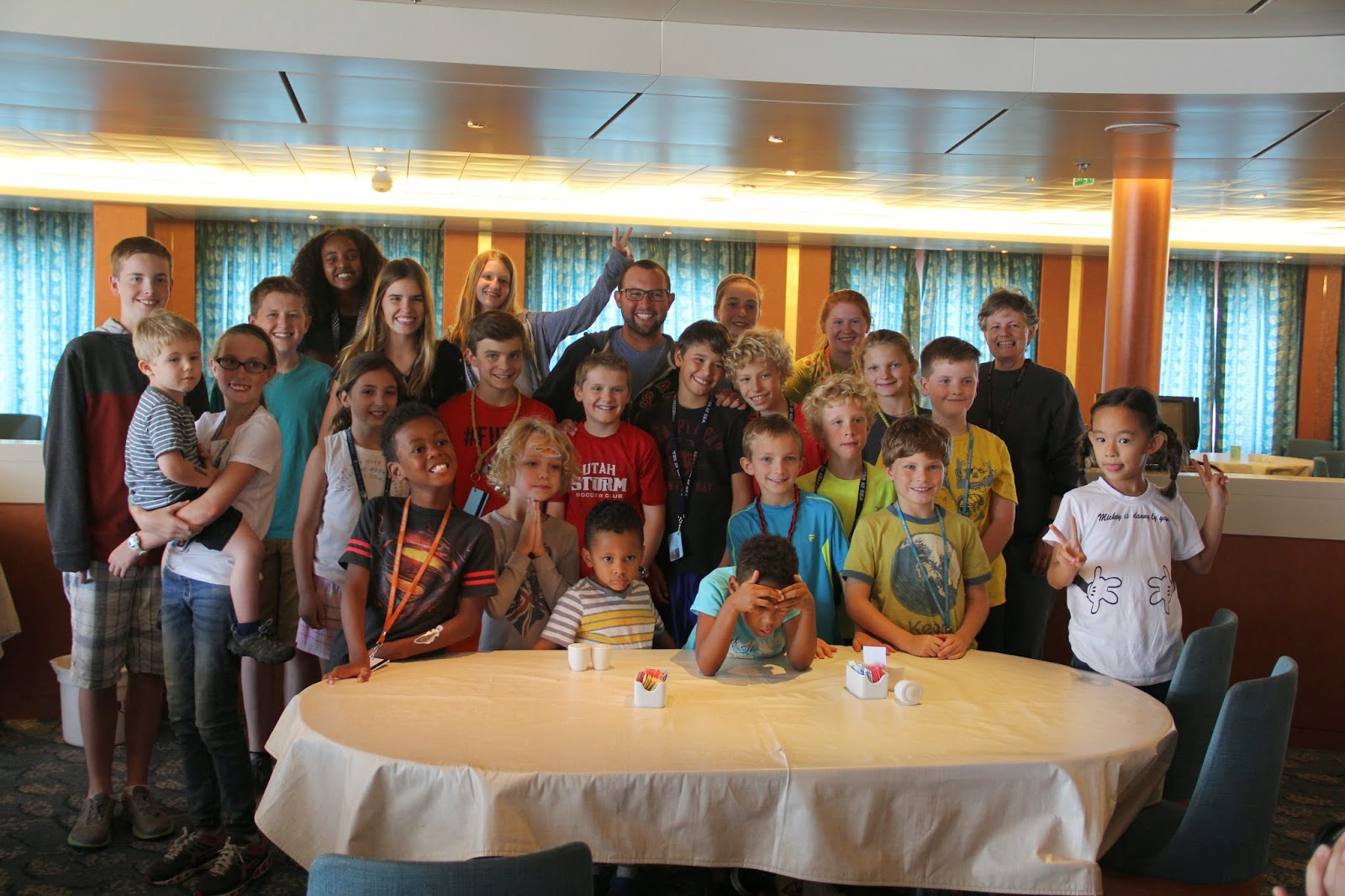 The ship kids (and coordinator Jesse). 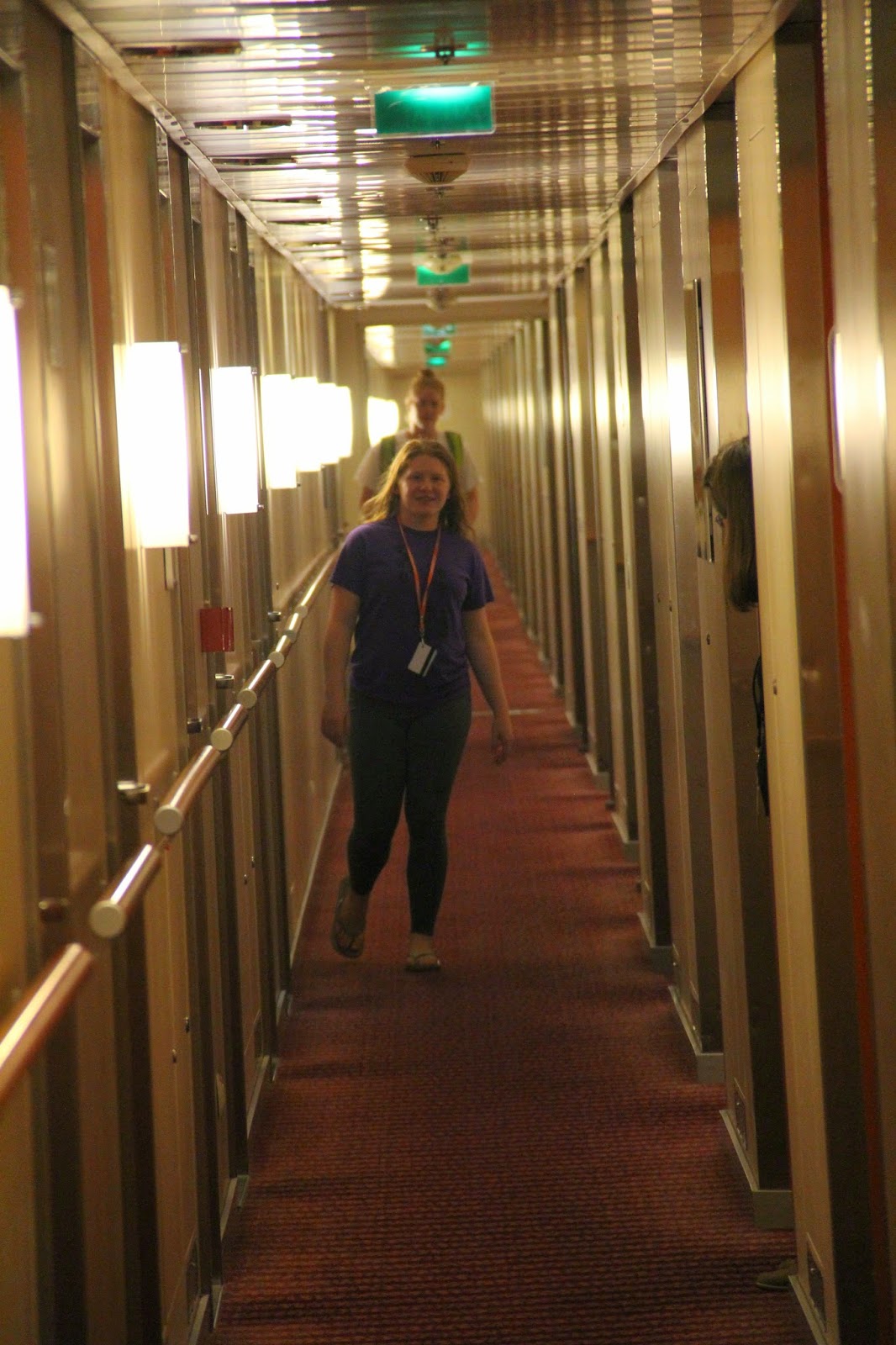 Walking at a slant along our fourth deck hallway during some big swells the night before we arrived in Casablanca.
Posted by chad at 3:57 PM