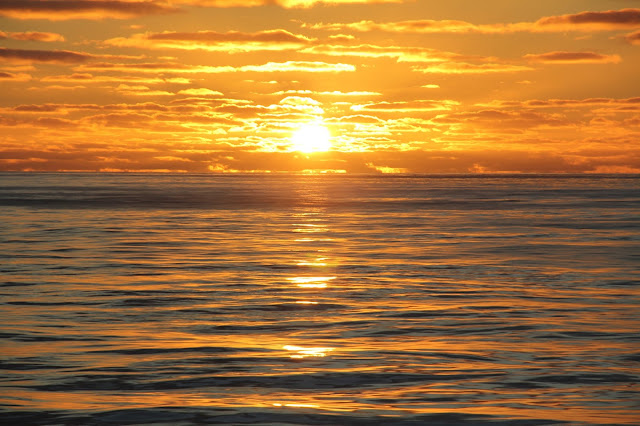 Last November Sarah and I went to the Huntsman Cancer Institute to have our blood drawn for genetic testing. She for the SDHB gene (something I learned about on two different Facebook groups associated with this disease) that causes paraganglioma and me for a familial melanoma gene. I tested negative for the melanoma gene. In January while crossing the Pacific Ocean (above) with Semester at Sea we received word that Sarah tested positive for SDHB. Given Sarah's positive test, in May we went to Huntsman for more blood drawing. We are now petitioning and waiting for our insurance company (DMBA) to approve running the genetic tests for Joel, Will and Marie (who is the more likely parent to have the gene given that her brother has had a paraganglioma). Once we know if they have the gene or not we will then know what signs of tumors we should look for.

Since Sarah has already had three tumors removed and then tested positive for the gene, one of our first tasks after returning from Semester at Sea was for Sarah to have a MRI. That scan of her body turned up nothing, but blood work at the time indicated that her catecholamine (which include norepinephrine that causes a rise in blood pressure) numbers were up a little. That was enough to warrant a follow up PET scan. Last Friday Marie took Sarah up to Huntsman for her PET scan. We were told that they would call us with the results on Monday. When it didn't come we started to worry.

The call came on Tuesday afternoon (August 4). I was on my way home from a meeting at BYU (another sad story for another day) so Marie got the news. The scan showed no regular tumors, but it did show activity in bone areas which was a pretty good sign that Sarah had paragangliomas growing in her bones and that she most likely had Metastatic Paraganglioma (a unique and rare kind of cancer). The name alone does not sound nice. The call came from our genetic counselor (who knew we were anxious) so she could not give us many details. She told us that they had already scheduled an appointment with a pediatric oncologist (Dr. Jennifer Wright) for Sarah the next morning at 8:30. When appointments are that quick in coming you know that there is probably cause for concern. It was a worrisome evening and night.

At the appointment we were able to see the scan image. The berry flavored radioactive material that Sarah drank on Friday migrates to sugar consuming areas in the body like the brain, the heart and the liver and light them up. It also migrates to paragangliomas. Last time around the PET image clearly showed two of the three tumors. This time, what was shown were bright spots on her upper breast bone, two on her spine and two in her pelvis area. Given Sarah's history, the doctor told us that there was no dilemma about what was wrong. A bone biopsy could verify, but was not necessary. The metastatic part of the diagnosis indicates that these growths in the bone are not in the usual place (the adrenal system) for paraganglioma.

The next step is to start taking an expensive drug used mainly for advanced osteoporosis which will strengthen her bones. If the tumors grow then eventually they can fracture the bones. Then we will meet with her pediatric nephrologist (kidney specialist) to get going on medication to help keep Sarah's blood pressure from too many ups and downs. Then in 6-8 weeks Sarah will have a follow up PET scan. If that scan shows no growth in the five tumors and no new tumors and there are no other symptoms like bone pain then we will wait and see and count our blessings. If the tumor size has grown then several different options will be considered including oral chemo pills, traditional chemotherapy (hair loss and nausea), spot radiation and other IV medications that are designed to kill things that are growing. The doctor described treatment as being like the whack-a-mole game. They will see what pops up and then start to whack at it with whatever seems to be the best weapon. There is no real cure for the tumors. The best hope is that they just sit quietly and do nothing.

One encouraging comment by the doctor is that given the fast pace of cancer research, there will certainly be other treatments over the next few years which could offer more hope. When I asked about whether or not Sarah should plan on trying our for the musical this fall and skiing this winter, she said by all means. When asked about life expectancy, she said it was too early to tell. The only thing she could verify was that it will have an impact. The other encouraging thing about all of this is that without the genetic testing and the scan, we would have had no way of knowing about the tumors. Sarah had noticed a few heart palpitations and had a sense that something was off, but there were no clear signs. It we had to wait until high blood pressure or bone pain forced us to see a doctor, then who knows how far along the cancer would have been at that point and it may have taken lots of doctors and lots of time to even try to figure out what was causing the bone pain. One of the challenges of paraganglioma and pheochromocytoma is that most doctors don't readily associate the symptoms (high blood pressure, bone pain, etc) with these diseases, they always look for the obvious first which means many false starts and wrong paths.

Sarah is full of faith, good humor and quite matter-of-fact that this is something she has to deal with and so she will chose to do it without a lot of angst and fear. In many ways she reminds me of how her grandpa Emmett faced all of his medical challenges. Here is what Marie wrote in her e-mail to the Tueller clan: "In the meantime, we will wait and pray that 1) the tumors are very slow growing and 2) no new ones develop."

For new-comers to this saga, here are links to earlier posts: 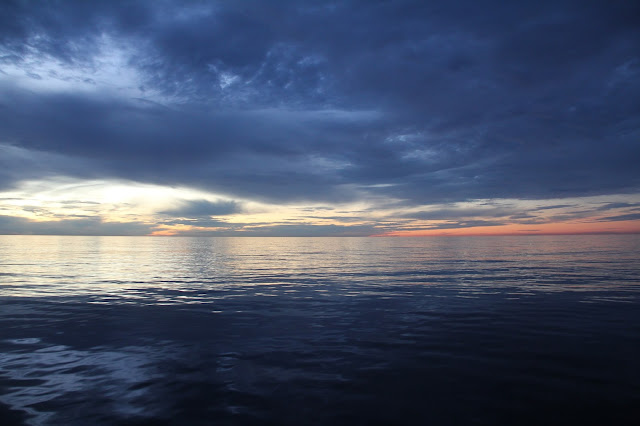 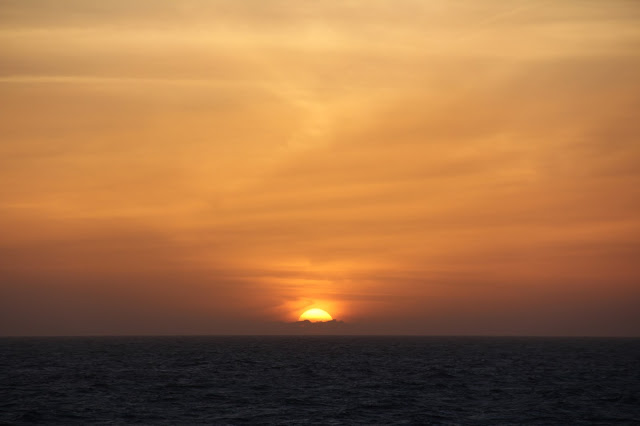 Atlantic
Posted by chad at 4:02 PM