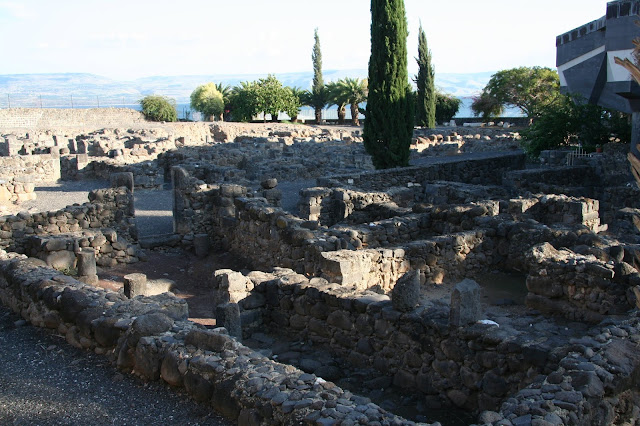 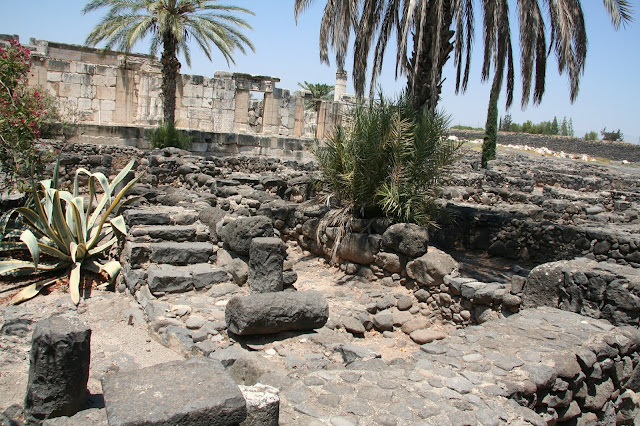 White walls of the synagogue. 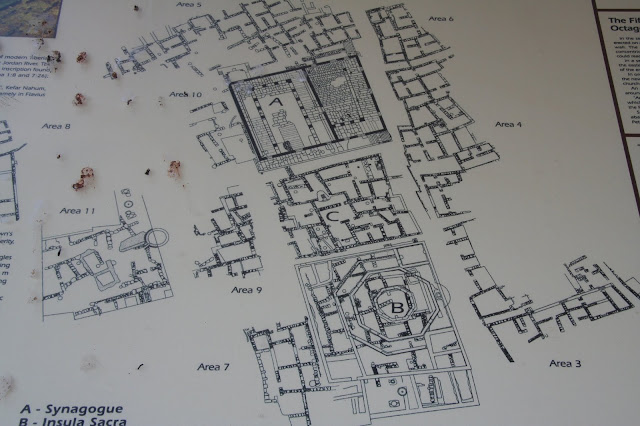 Map of excavations at Capernaum-- Synagogue at the top (A) and Peter's house (B) at the bottom. 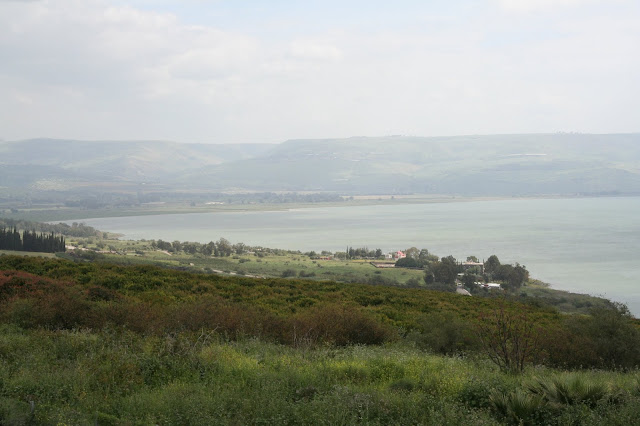 Capernaum from the Mt of the Beatitudes. 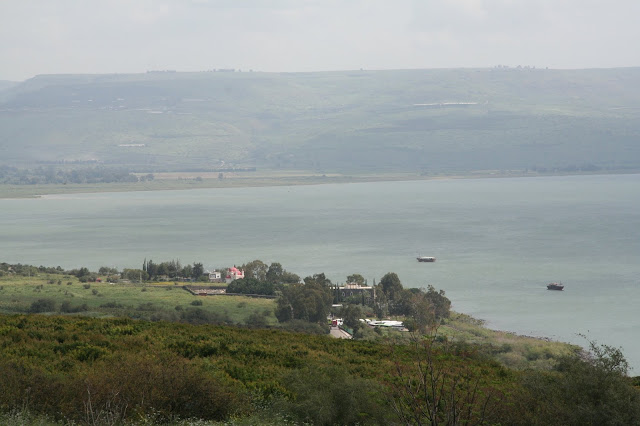 The only modern structures at the site of the ancient city are a Greek Orthodox Church (with red domes) a Franciscan Moanstery (black basalt walls) and the modernist Church of St. Peter built over the ruins of his mother-in-law's house. 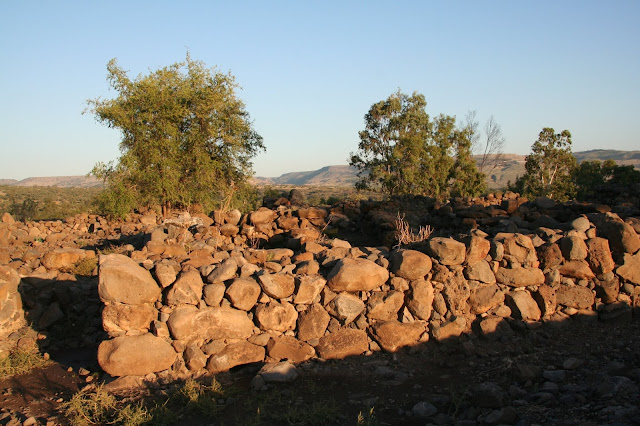 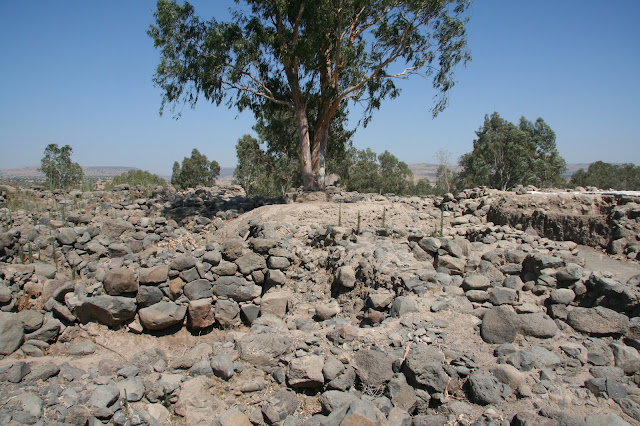 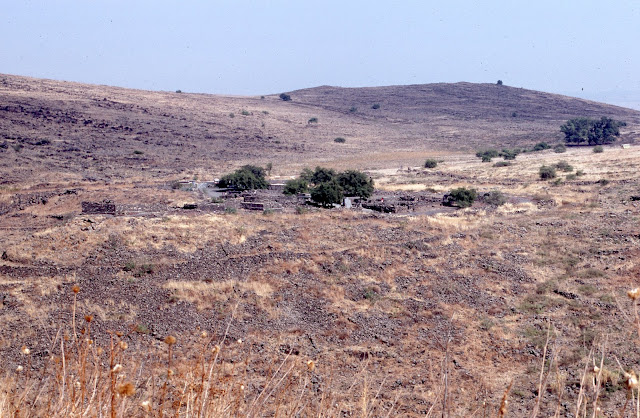 Ruins at Chorazin (1982). Unlike other cities from New Testament times, these three cities did not continue to grow and flourish. 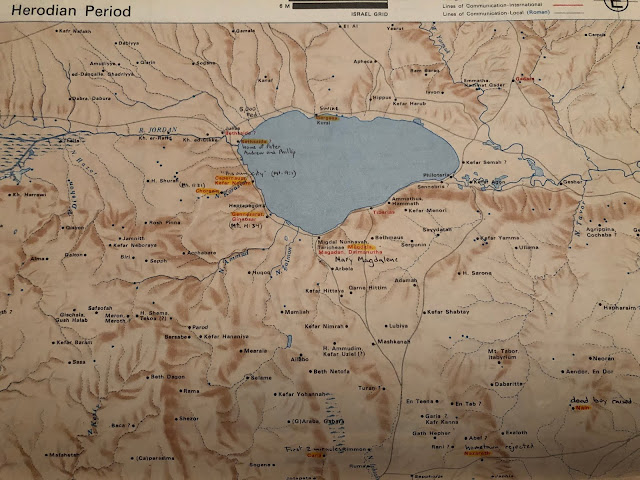 Part of our course work for the 1982 Study abroad was to mark up our individual copies of Student Map Manual: Historical Geography of the Bible Lands . On this map we marked places like Kursi, the three cursed cities, and the village of Nain.

28 ¶ Come unto me, all ye that labour and are heavy laden, and I will give you rest.
29 Take my yoke upon you, and learn of me; for I am meek and lowly in heart: and ye shall find rest unto your souls.
30 For my yoke is easy, and my burden is light.

A few years ago I was asked by my BYU friend and colleague Camille Fronk Olsen if I had any photos of someone using a one person yolk. I dug one up from my mission photos and she used it in her book. I really like Camille's insight into additional ways of looking at this scripture and about yolks. 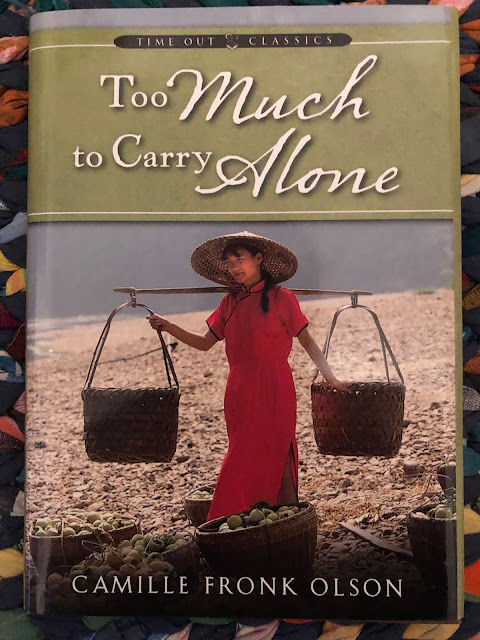 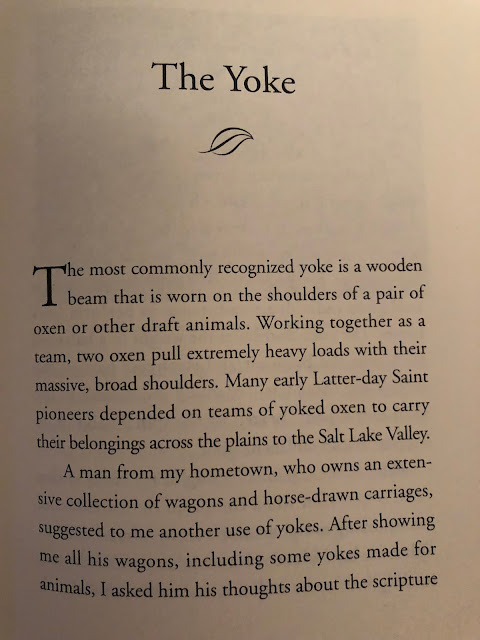 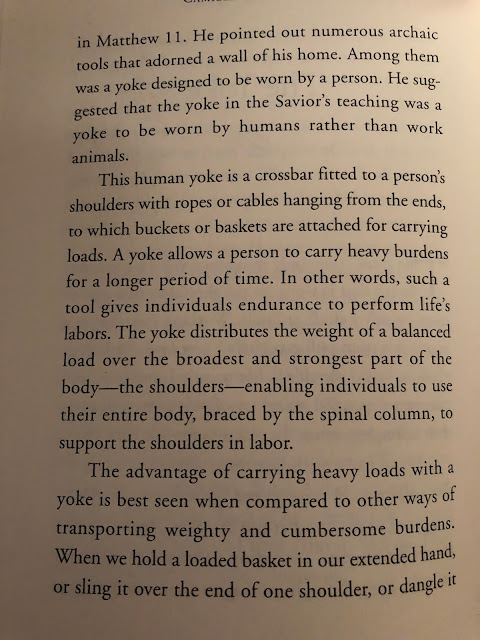 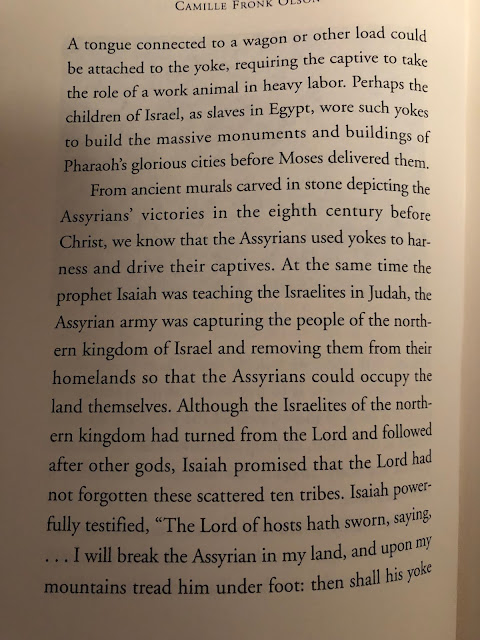 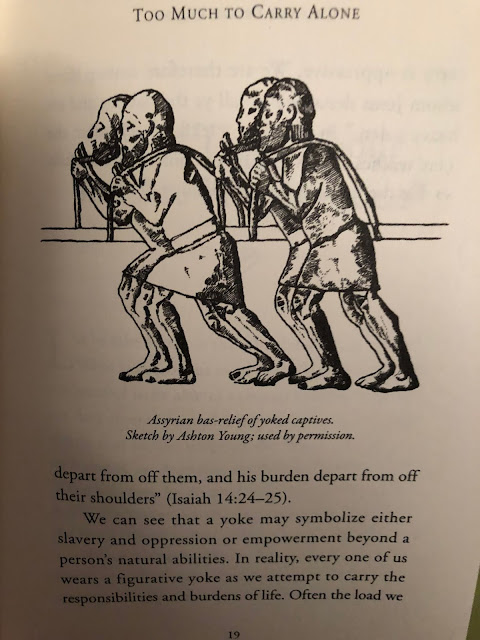 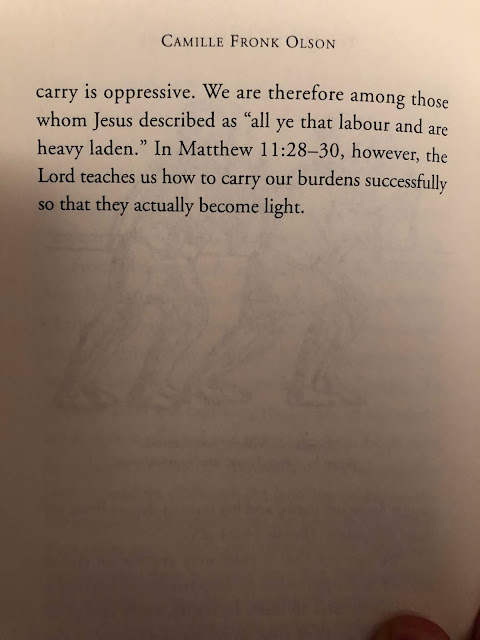 Matthew 12:
39 But he answered and said unto them, An evil and adulterous generation seeketh after a sign; and there shall no sign be given to it, but the sign of the prophet Jonas:
40 For as Jonas was three days and three nights in the whale’s belly; so shall the Son of man be three days and three nights in the heart of the earth.
41 The men of Nineveh shall rise in judgment with this generation, and shall condemn it: because they repented at the preaching of Jonas; and, behold, a greater than Jonas is here. 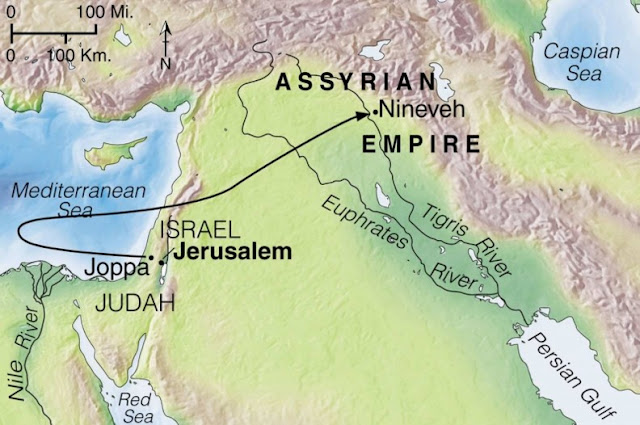 Associated with the sign of Jonah was his departure from the port of Joppa. 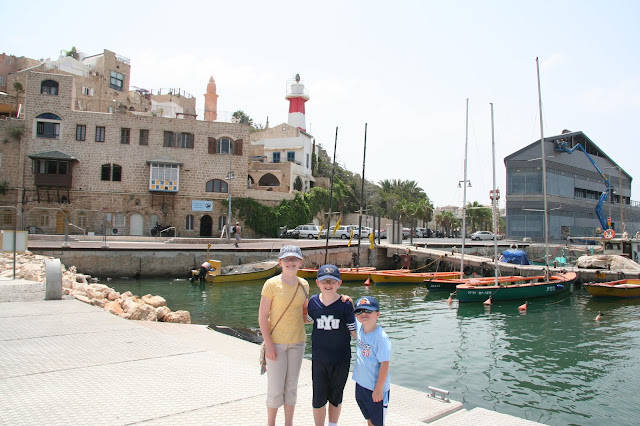 The port of Joppa (Jaffa). 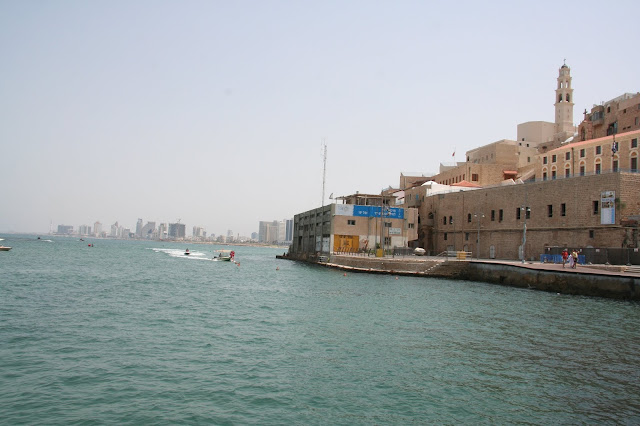 Joppa with high rises of Tel Aviv to the north. 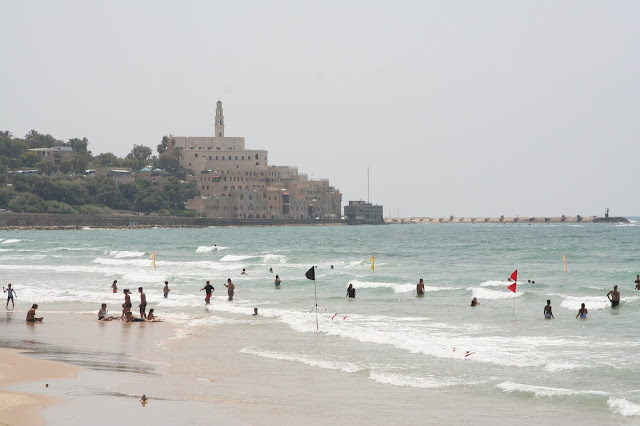 Joppa from the beaches of Tel Aviv. 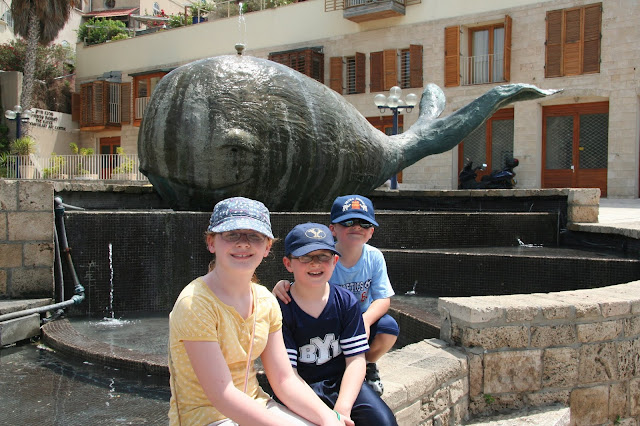 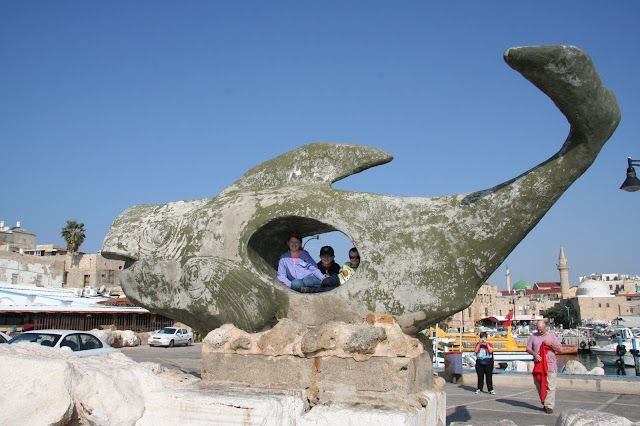 I'm not sure why this whale was placed in Akko, but it makes for a good photo op of being in the belly of a whale for three days.

Luke 7:
11 ¶ And it came to pass the day after, that he went into a city called Nain; and many of his disciples went with him, and much people.
12 Now when he came nigh to the gate of the city, behold, there was a dead man carried out, the only son of his mother, and she was a widow: and much people of the city was with her.
13 And when the Lord saw her, he had compassion on her, and said unto her, Weep not.
14 And he came and touched the bier: and they that bare him stood still. And he said, Young man, I say unto thee, Arise.
15 And he that was dead sat up, and began to speak. And he delivered him to his mother.

Nain sits on the northern slopes of Mt Moreh and Shunem on the south slopes. Both towns are known for miracles of raising the dead--Elisha raising a boy from the dead in Shunem and Jesus raising a son in Nain. 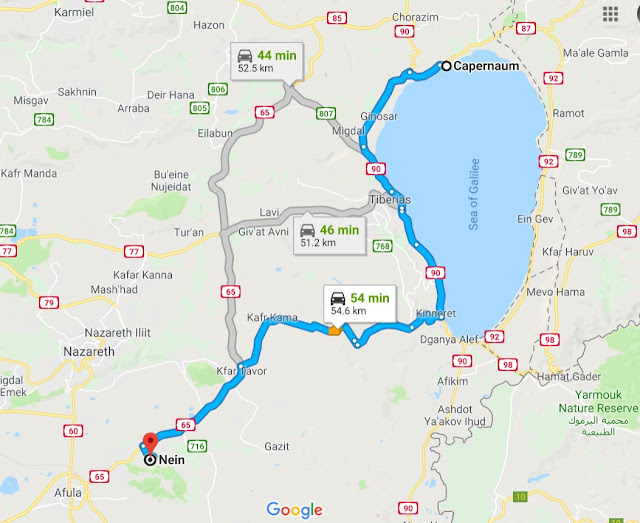 Jesus came to Nain the day after he was in Capernaum. It is assumed that he walked during the night to get to Nain in time for the funeral. A distance of 30 miles on modern day highways is not the most direct walking route. The walk would have been around 25 miles or so. 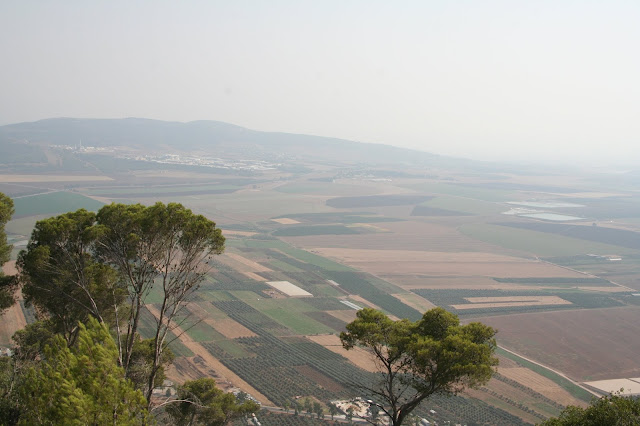 From Mt. Tabor looking across the Jezreel Valley to Mount Moreh. The modern day village of Nain sits on the lower slope of the hill just beyond the white, built up industrial park. 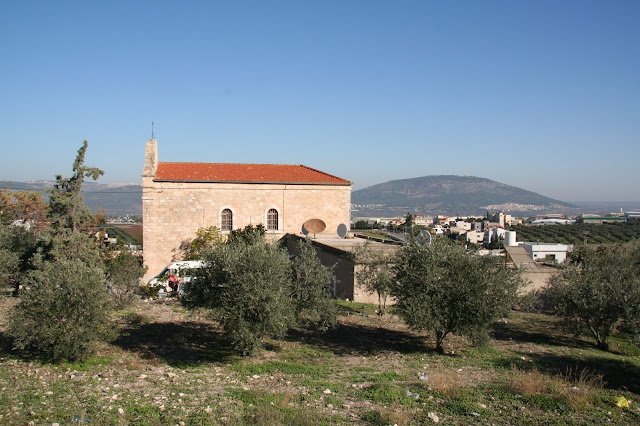 Modern Day Nain is a Muslim Arab city in Israel. Mt. Tabor (possible site of the transfiguration) is in the distance. The Church lacks a local Arab Christian congregation. The caretakers of the church are a Muslim family who live in a home adjacent to the church and unlock the doors when Christian pilgrims come to visit. 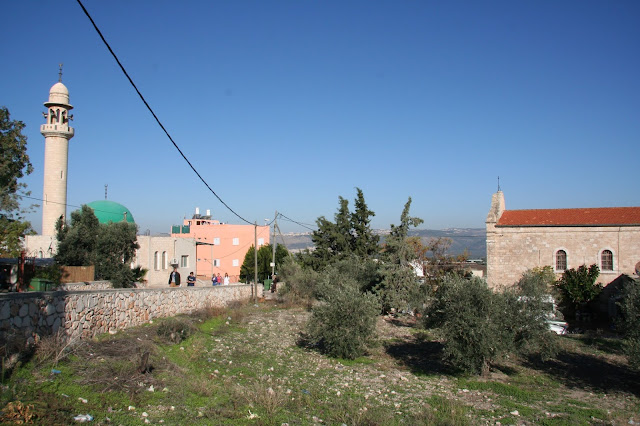 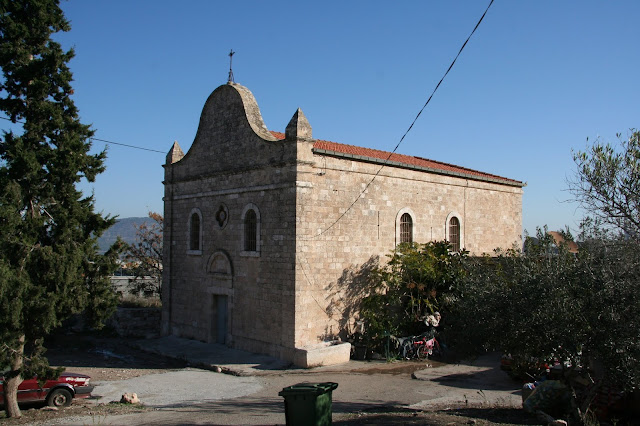 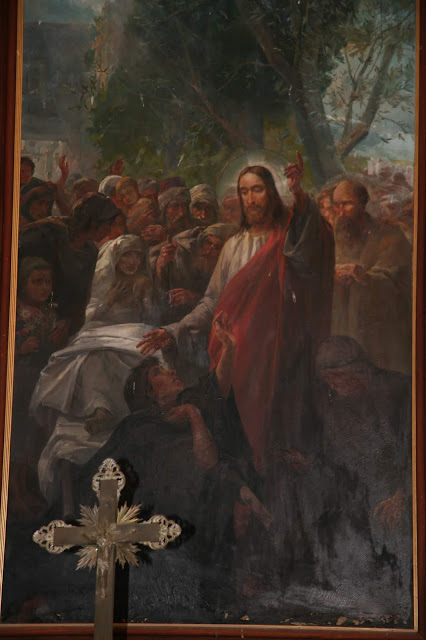 Painting of the miracle from inside the church. 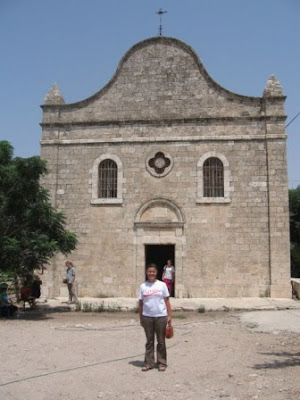 Sabrina Huyett in front of the Church at Nain. Sabrina was a student in my New Testament class during summer semester 2010. She blogged about her experience in the church and gave me permission to share it here.

"This is me in front of the church at Nain that commemorates the miracle of Jesus raising the widow's son from the dead. I didn't expect it to be a way cool experience, but it ended up being amazing. Our teacher [Brother Emmett] talked about how Nain is 25 miles away from Capernaum, where Jesus was the previous day, which means that Jesus would have had to walk through the night to get there in time to raise the widow's son from the dead while the funeral procession was going out. I learned what a desperate situation this was for the widow. Property goes from father to son, so since her husband had already died, if her only son died too, all their property would be returned to her husband's family. She in turn would only be given her dowry back, which was probably a humble one. Then she would be at the mercy of her family members for subsistence. And Jesus knew her. He knew her situation and he had compassion. This was one of the few miracles that he just did. He wasn't asked to do it, there was no preamble before performing it, he just walked up and did it. Absolutely magnificent. It was one of three times that he raised someone from the dead (see Lazarus and Jairus' 12 year old daughter), yet we never talk about it. My religion teacher said that he thinks the single mothers of today are like the widows of Jesus' day. They are in similar destitute situations. It made me think of my parents' example in taking care of the single mothers in our congregation. My dad has been amazing at showing compassion and anticipating needs of these women, serving them even when it wasn't convenient. I feel in awe at his example, and I am grateful to have been born to parents who are so Christlike and service-oriented." 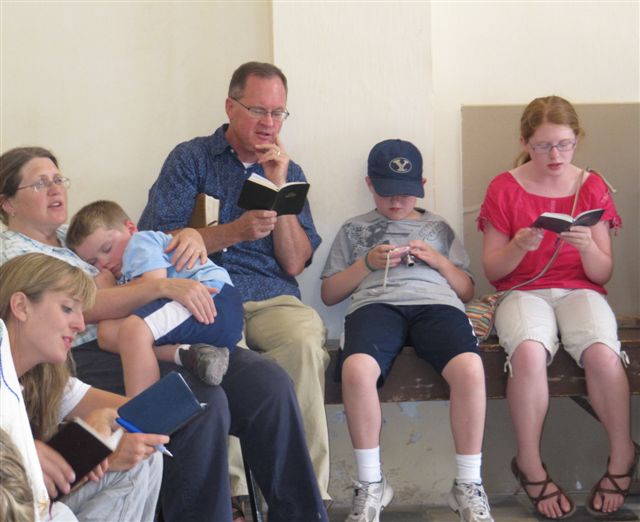 My thoughts at Nain were very much influenced by my experiences of being a Bishop which helped me to better understand the needs of single mothers. Thanks to master teacher and Luke expert Kent Brown who introduced me to the idea of walking through the night. Here is what I wrote about that day in my blog.

"Gayle Brown (the wife of associate director Kent Brown) always takes photos on the field trips and then e-mails them to appreciative faculty and students. Here is a photo she took of us in the simple church at Nain that commemorates the raising of the widow's son. Will was wiped out from many long days of touring and swimming. We are all singing "Praise to the Lord". In the church of Nain we discuss about how Jesus walked through the night from Capernaum to get to Nain in time to raise the dead son. By doing so he showed great compassion for the mother--who without a husband and now without her only child would be doomed to a life of poverty [a result of inheritance laws under the Law of Moses where women were always provided for by fathers, husbands or sons--none of which the woman now had]. I then suggest that in today's world the title of "widow" should be applied to reaching out and {helping any woman who is vulnerable and without sufficient help to provide for herself or her children. One group in particular that I think is deserving of such care are single mothers with young children--especially if ex-husbands are not paying their child support."