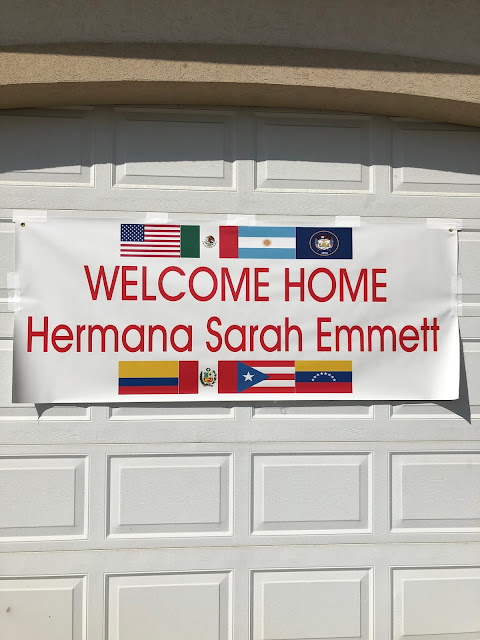 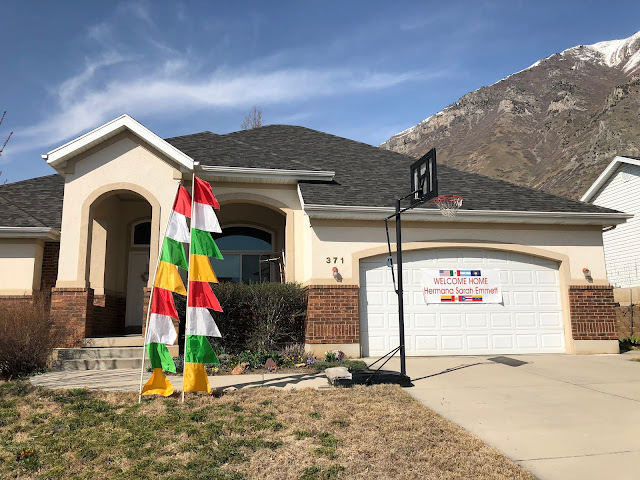 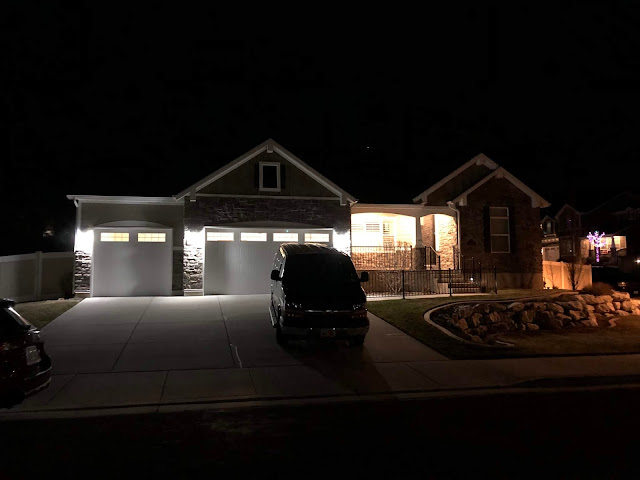 Today was the day. Sarah completed her 19 months of service in the Utah Ogden Mission and the Utah Layton Mission. We were told that we could pick her up at 9:30 pm at the mission home in Fruit Heights. 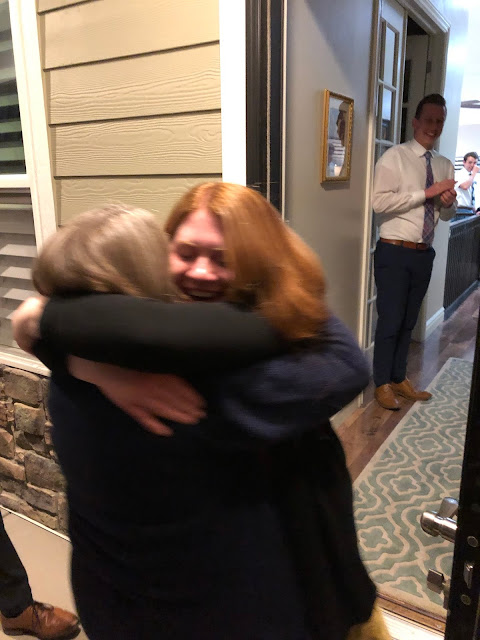 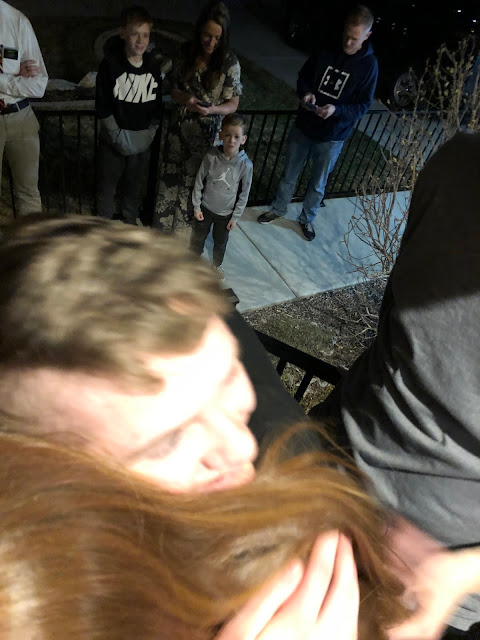 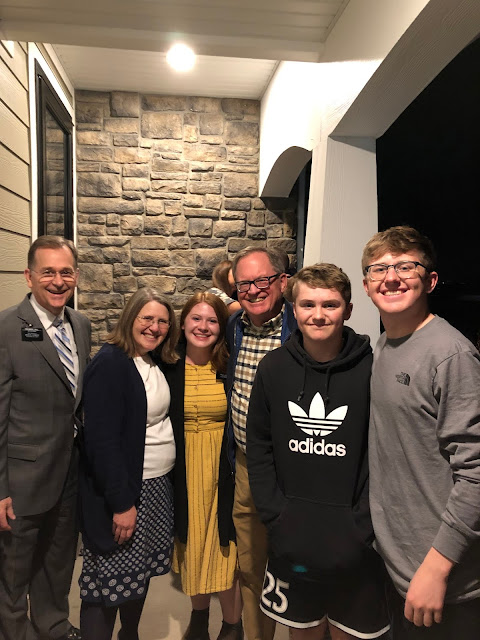 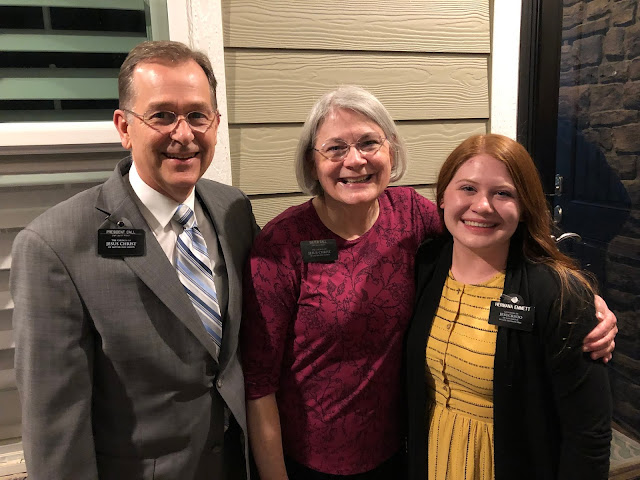 President and Sister Call opened up the newly organized Layton Mission in July. Sarah was transferred into this mission from the Ogden mission. 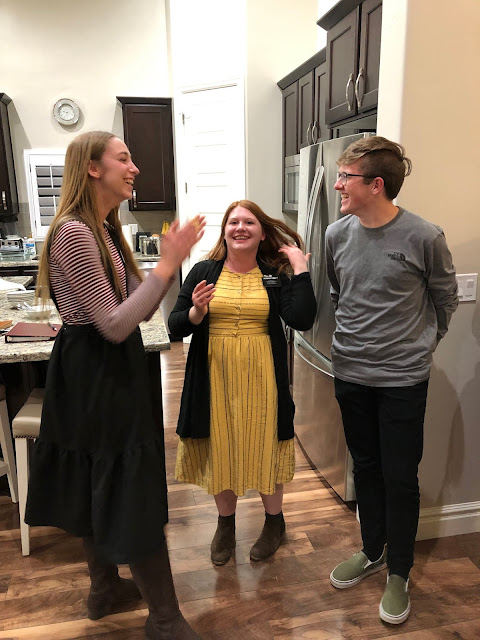 Also going home (she flies home to Bakersfield, California tomorrow) is Sister Lamb. She and Sarah served together in Kaysville for six months. 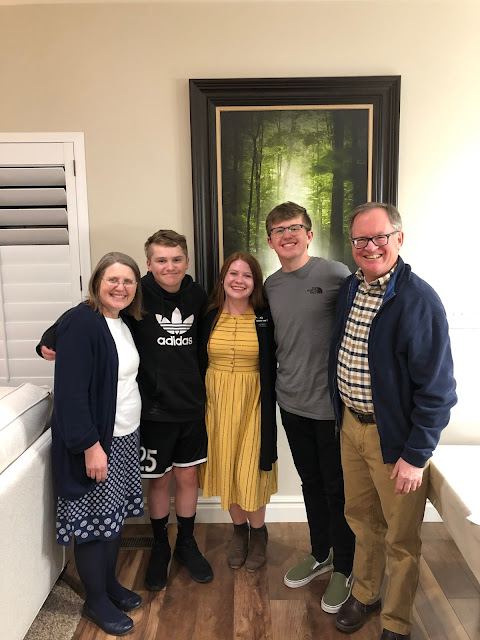 We enjoyed ice cream with the other departing missionaries and one other family from Washington who drove down to pick up their daughter. We then had a grand tour of Sarah's latest mission area by driving through two trailer parks and an apartment complex where most of the Francis Peak Ward (Spanish speaking) members live and where Sarah spent most of her time serving and teaching. As we drove through the trailer parks Sarah had something to tell about almost every trailer.  They're Adventist, they're Catholic, they're Polynesian, that's the guy that I invited to Church and he came, that's where sister so-and-so lives, that's where the little boy climbed a ladder up on the roof, that's were the woman we baptized lives..... There was joy in her voice as she remembered all the people, interested and not, that she interacted with over her eight months in Kaysville. 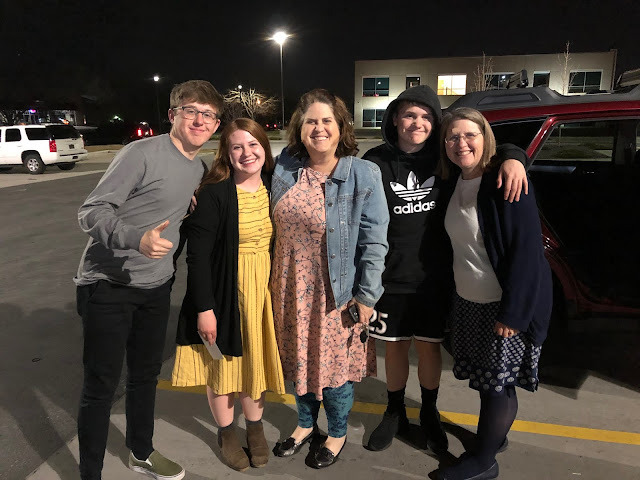 Half way home we stopped at a Maverick gas station on 90th south for Aunt Rachel to give Sarah a big hug. 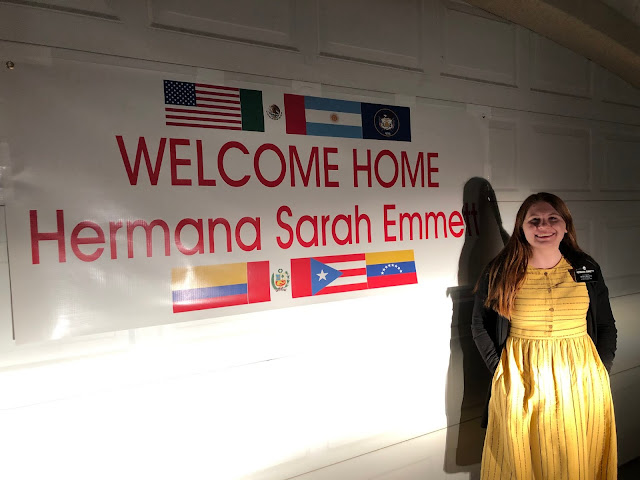 So happy to have her home.

FYI flags from top left: USA, Mexico, Argentina, Utah. bottom from left: Colombia, Peru, Puerto Rico and Venezuela. The flags from Latin America represent some of the countries where people she taught, served and worship with come from.
Posted by chad at 12:34 AM