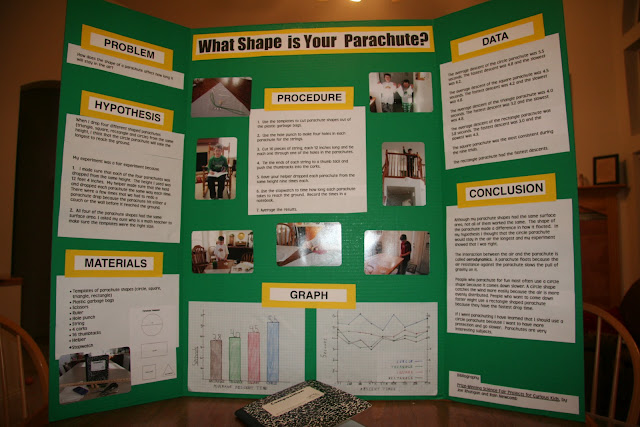 Yesterday Joel spent the day at BYU's Harmon Center at the regional science fair. His project-What Shape is Your Parachute--was selected to move up  the ladder of competition at both Brookside Elementary and then at the district competition in Spanish Fork. He had to explain his project to several different judges. One of the judges told Joel he was from Dubai and that people like to parachute there. He then told Joel that he probably didn't know where Dubai was and Joel told him that his dad had shown him photos of Dubai (He should have told him I skied there too). Joel then told him that he had lived in Jerusalem. I don't know how impressed the judge was with the science project, but I bet he was impressed to meet a boy who knew something about the Middle East. Later that day, Joel and Marie went on line and found out that Joel would be getting an award that night. I went with Joel to Timp VIew High School for the awards ceremony. Marie stayed home with Will who was home from school for the second day with a fever. Sarah was ice skating with the Young Women. 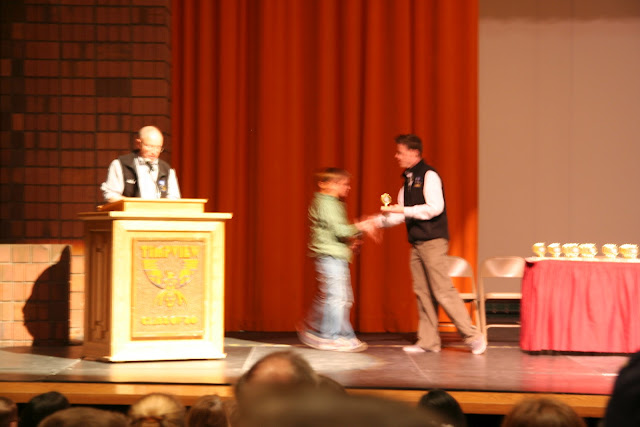 After a few special awards they started calling out the name, school and project title for the twenty or so fourth place winners. Joel's was the first name called. 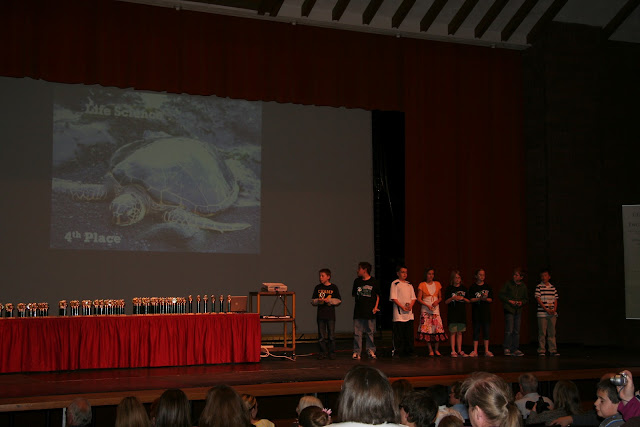 It took about an hour to get through all of the trophies on the table. Joel is second from the right. 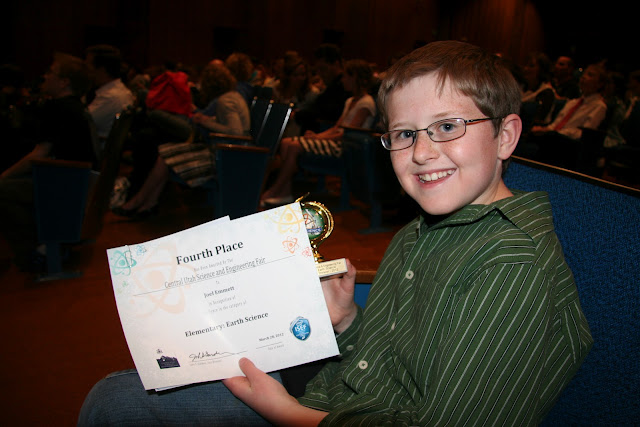 In addition to the trophy he got a certificate and a $15 check. 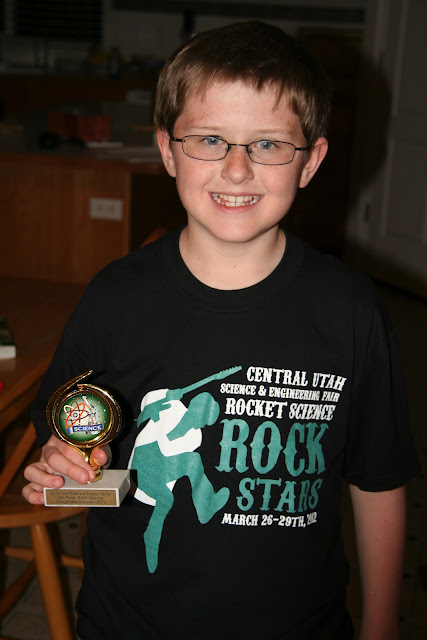 He also got this Rock Star t-shirt for participating. 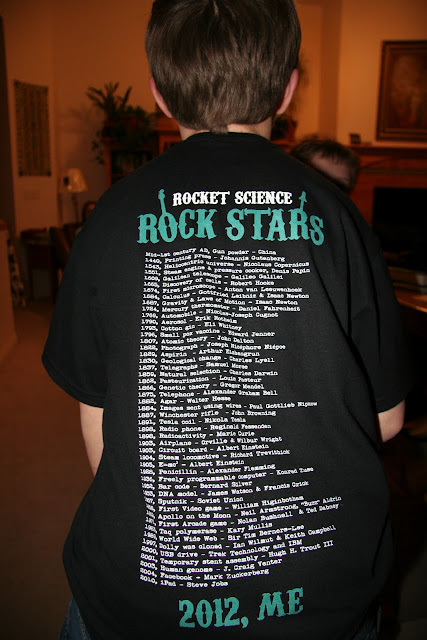 This list of other rock star scientists is quite impressive.
Posted by chad at 9:36 PM