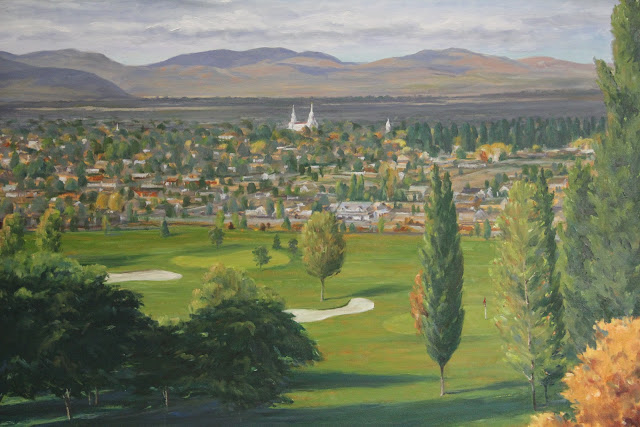 Yesterday we took the kids out of school early and headed north to Brigham City for the open house of the new Brigham City LDS temple. Our guest of honor was my mother Norda Agnes Fife Emmett who grew up just two blocks west of the temple and who attended Central Elementary School on the very block where the temple is now located. She drove over from Logan with two granddaughters--Sam and Jamie. We brought a third granddaughter, Erin, up from Provo. Marie's parents also joined us. This is a painting of Brigham City that was in the reception room set up in the basement parking garage of the temple. It shows the single steeple of the pioneer tabernacle and the  double spires of the new temple. 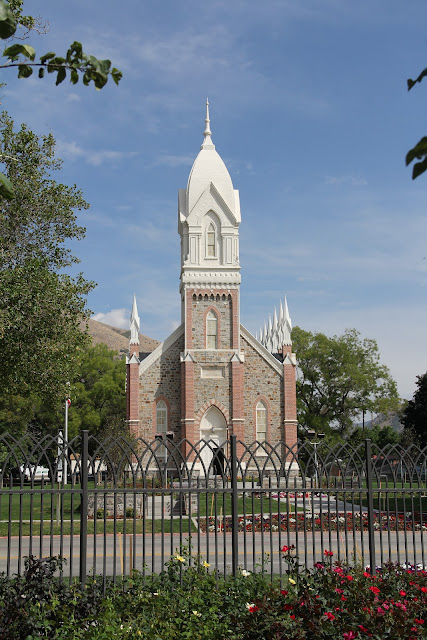 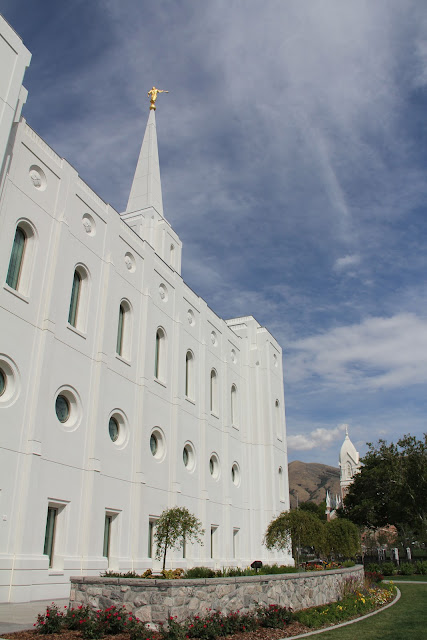 Temple-- used during the week for special ceremonies and ordinances including weddings for eternity and baptisms for deceased ancestors. 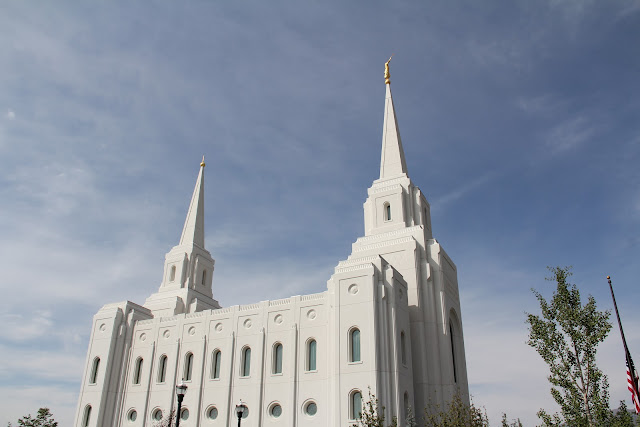 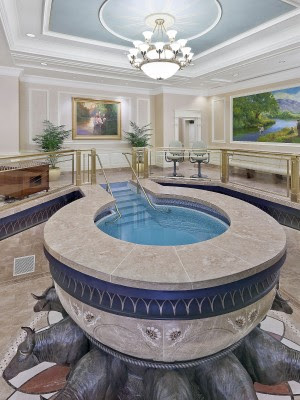 Prior to the tour we were shown a video about temples and about Brigham City. We then walked quietly on a silent tour of the temple. Photography was not allowed inside so I downloaded these photos from the LDS Church web site. This beautiful baptismal font on the backs of twelve oxen is located in the lowest level of the temple. One painting is of John the Baptist baptizing Jesus in the Jordan River. The other is of a pioneer baptism in a near by creek.The art work throughout the temple was wonderful. There were old familiar paintings of Jesus and His life combined with original art of local landscapes. One original painting showed local Washiki Indians being confirmed members of the church by pioneers. Descendants of these early converts posed for the painting. Two other paintings showed pioneers harvesting local fruit. 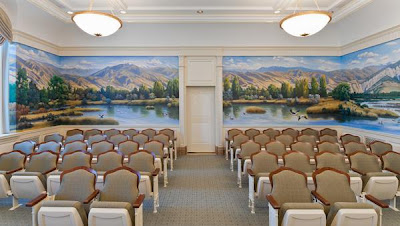 The murals in the instruction room where worthy Latter-day Saints learn about the purpose of life and the plan of salvation are of the local mountains and marshes. 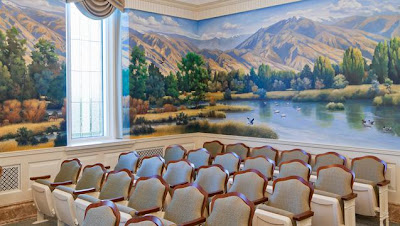 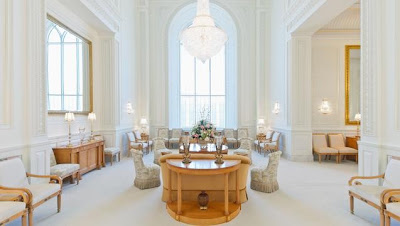 The celestial room on the top floor is symbolic of our eventual reunion with our heavenly parents and our earthly families.More photos of this and other temples can be found here:
http://mormontemples.org/eng/brighamcity/interior-photos 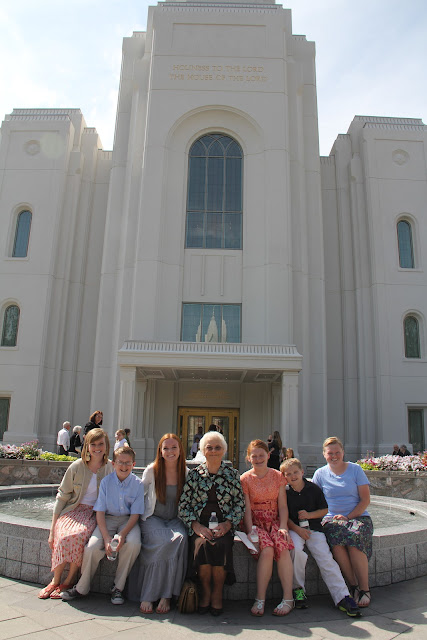 Grandma Emmett with six of her grandchildren: (l to r) Erin, Joel, Jamie, Sarah, Will and Sam. 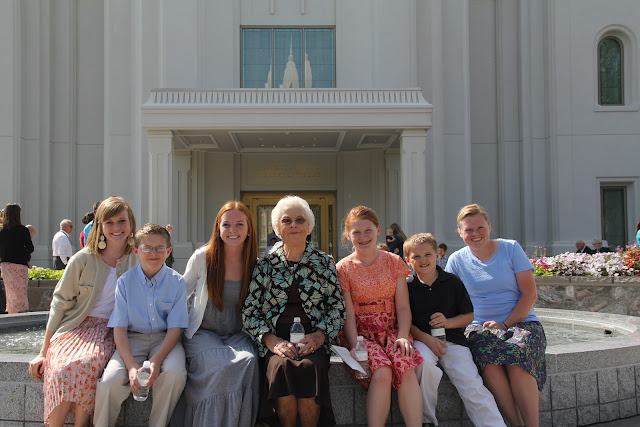 Erin, Jamie and Sam are all the same age and are all in their second year of college. 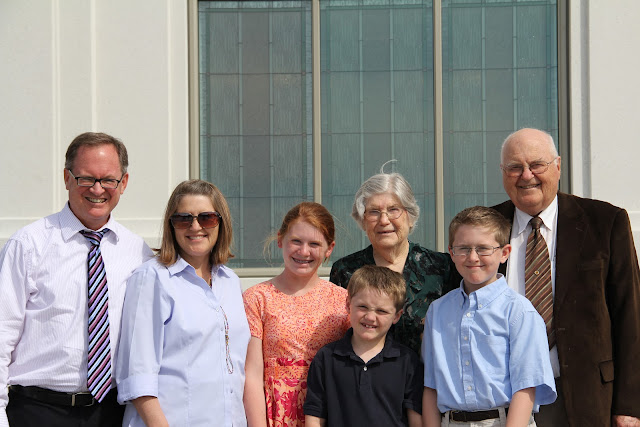 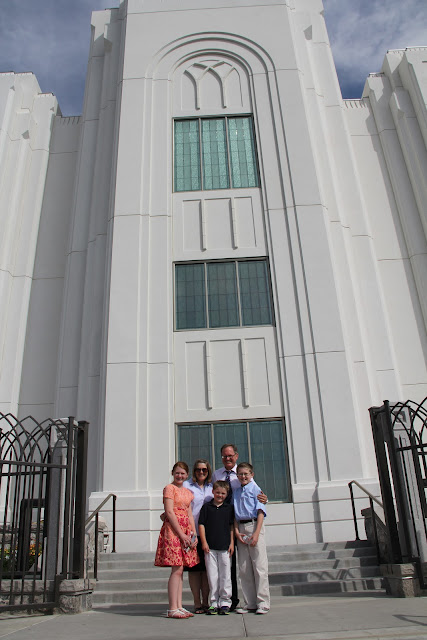 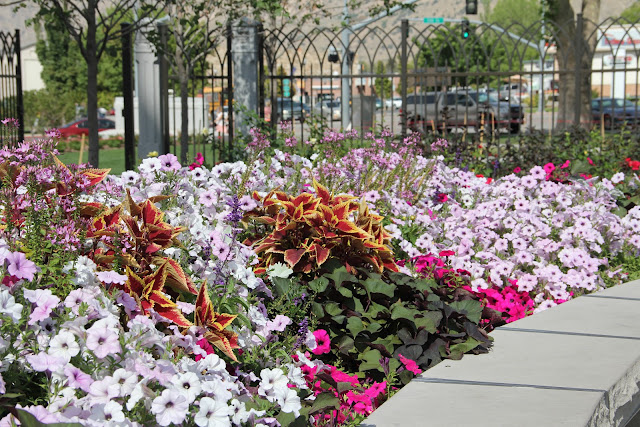 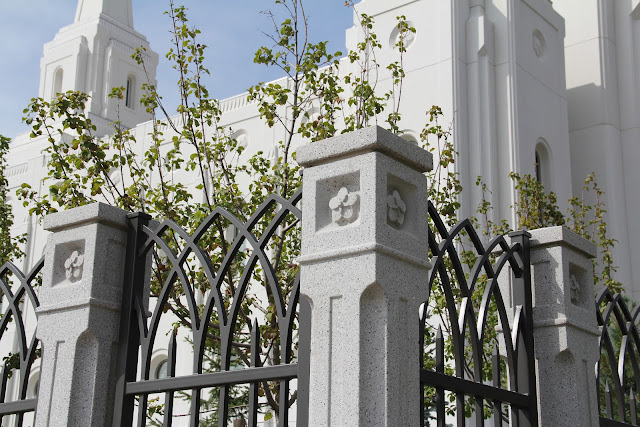 I have fond childhood memories of regular trips to Brigham to visit grandma and grandpa Fife. One of the annual trips was for the September Peach Days festivities. Nothing beats Brigham City peaches. Peach blossom motives were found both inside and outside the temple. 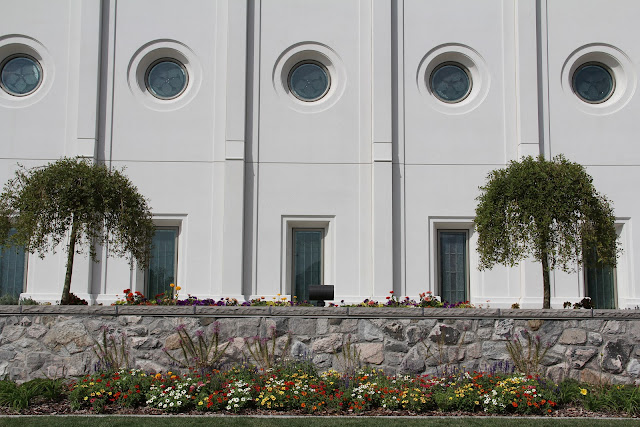 The round stained glass windows are of peach blossoms. 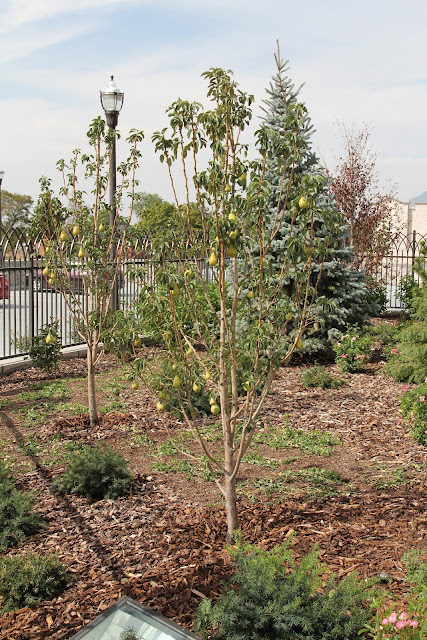 The temple grounds include 18 fruit bearing trees--we saw pear, apricot and apple trees. A nice touch given the many fruit orchards that are still found in Box Elder county. 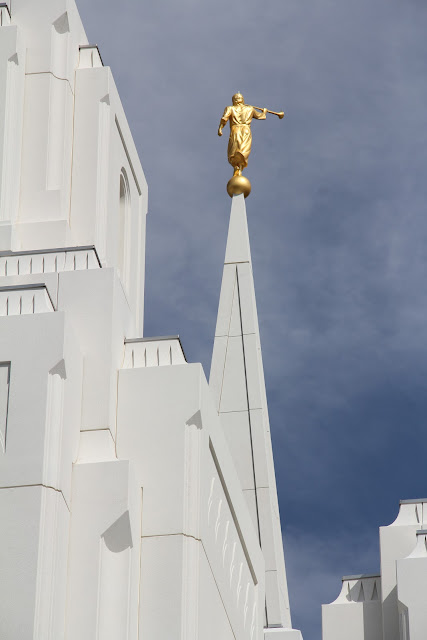 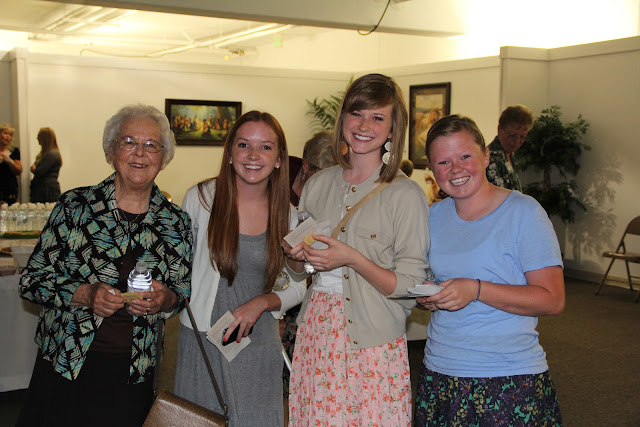 After the tour everyone enjoyed fresh cookies and bottled water in the parking garage temporarily turned visitor center. 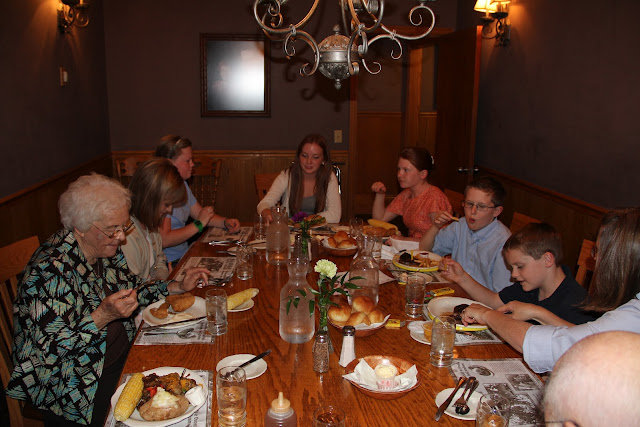 We ended the pilgrimage with a stop at Maddox Restaurant. It is famous for its fried chicken and steaks. When my brothers Bill and Bob returned from their missions the family  tradition was to stop here on the way home from the airport for a family dinner. I was offered the same, but after two years of limited meat in Indonesia the thought of a big steak at Maddox seemed too much for my rice trained stomach. I opted instead to go to G & G Fife's for some fresh peaches and milk and rolls with freezer raspberry jam. Yum. For this early dinner, Joel and Will chose steaks--something they never get at home. I tried ground bison/buffalo meat covered with sauteed mushrooms and onions. Perhaps the best part of the meal were the fresh rolls with raspberry butter and the fresh peach pie for desert. Double Yum.