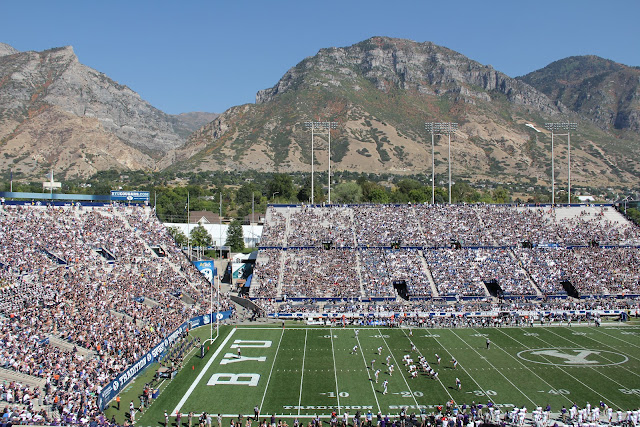 Last Saturday we all went to the BYU-Weber State football game at 1:00 in LaVell Edwards Stadium.We all enjoyed watching second cousin Riley Nelson (son of Marie's cousin Joni Tueller Nelson) play at quarterback (but sadly for only the first half). 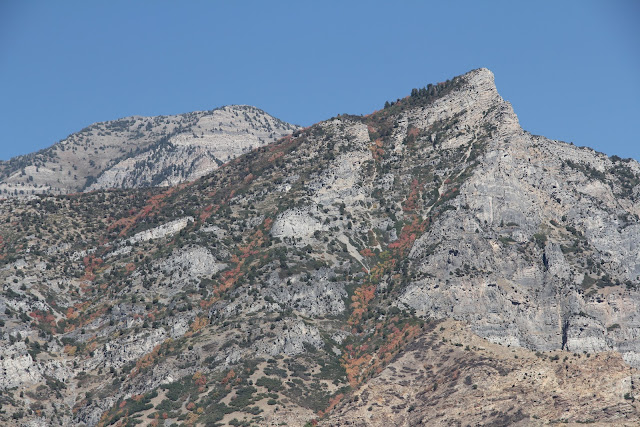 The maples on Squaw Peak were already in full color--earlier than most seasons. 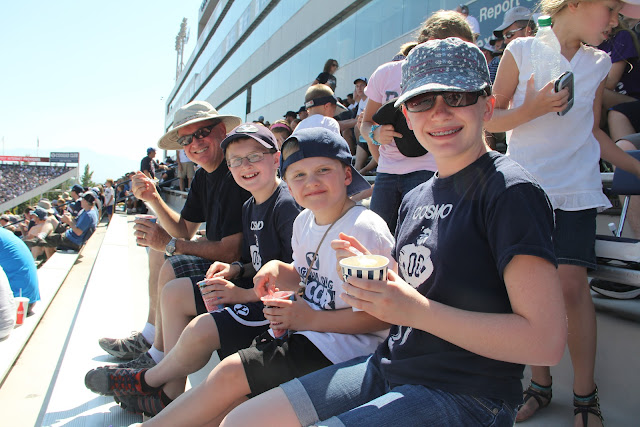 I intentionally selected seats on the west side so that at least part of the game would be in the shade of the press box (who knew that our seats would also be right next to the Weber marching band--we moved) The much welcomed shade finally arrived at half time soon after we all finished our frozen lemonade and ice cream. 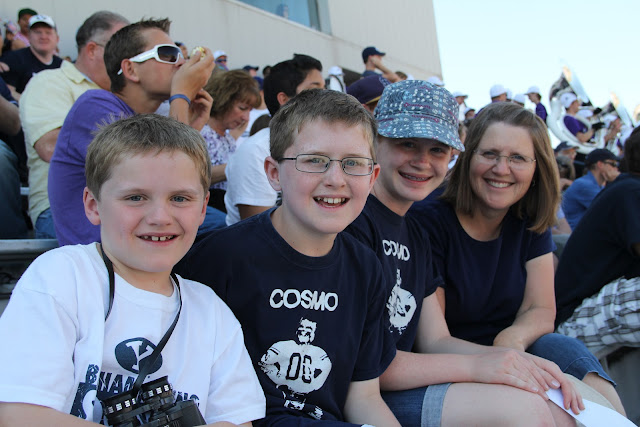 Most of the seats around us were not sold, but they gradually filled up with other smart folks seeking shade (it's the Middle Eastern thing to do). Notice the tubas in the distance. 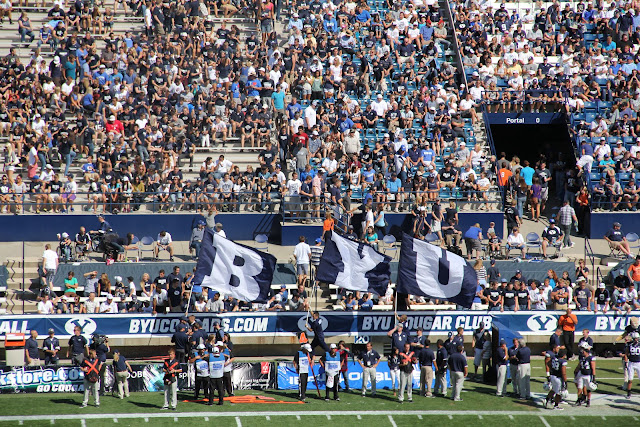 On of my students, Jordan Mitchell, who in two of my classes this semester, is part of the cheer squad. He is the carrier of the U banner for the celebratory run around the field after each touchdown. These three runners are met half way by the second part of the relay team. On one run (BYU celebrated 7 touchdowns) the tag man for the U banner did not show up so Jordan had to run the whole way without relief. He worked hard but could not keep up with the fresh legs running in front of him. 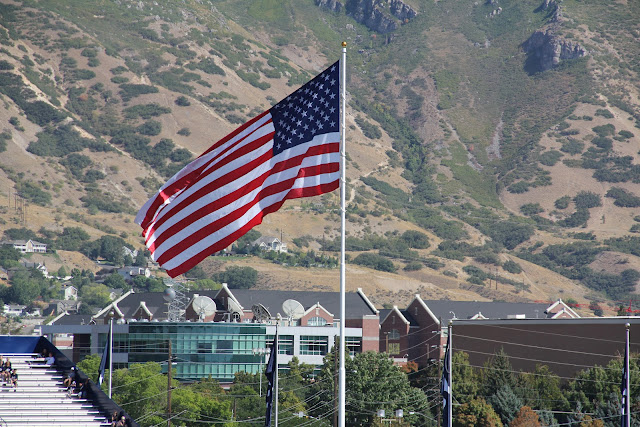 From our seats you could see the green windows of BYU's new broadcasting building (yet to receive a prophet's name) and the gables behind it of the new Heritage Halls that have replaced Deseret Towers. 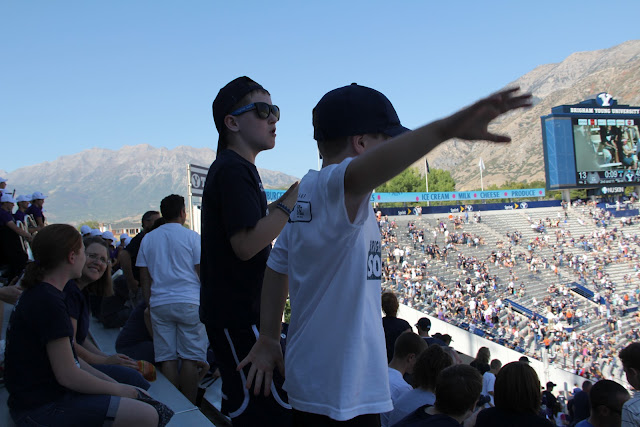 Joel and Will doing a celebratory dance after the big win (45-13). 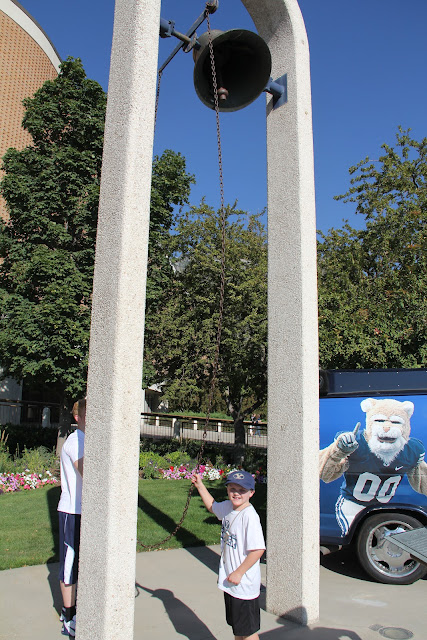 Walking back to the car the kids all had a turn at ringing the BYU bell.