Soccer in the Holy Land 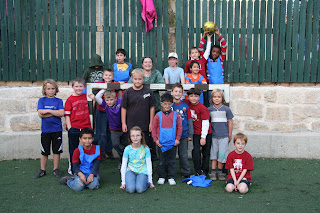 The Anglican International School of Jerusalem sponsors after school clubs for its students. Last Wednesday was the last day for fall soccer club. Parents came to watch the 1st-4th graders play. 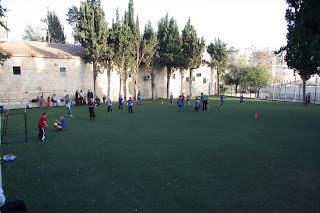 They play on artificial turf in a square shaped field. 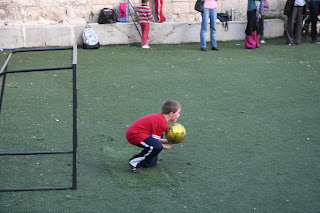 Earlier in the game Joel's glasses were knocked off, stepped on and broken. He played the rest of the game without glasses (we stopped at a optical shop on the Mt of Olives afterwards and Bilal put in a new screw for free). Not being able to see clearly did not stop Joel from stopping a half dozen or so goals. 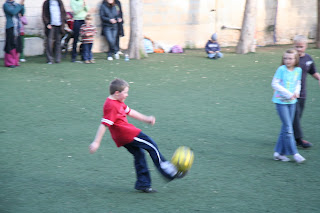 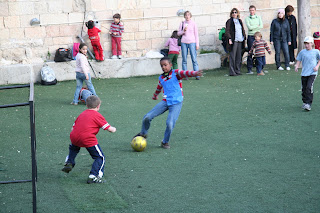 Here is Joel successfully defending a goal attempt by a student from Ethiopia. He is the tallest kid and one of the best players. Since Joel is one of the other best players these two usually are chosen by the supervising teacher to be on opposite teams. He was the one who accidentally stepped on Joel's glasses. 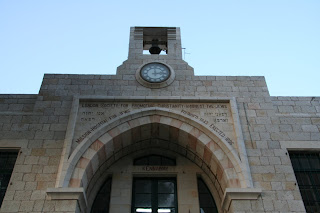 The AISJ is housed in five buildings that once was an Anglican Hospital for Jews. 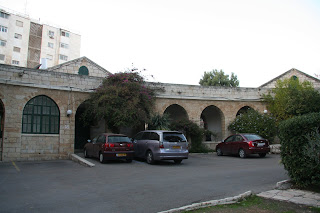 The elementary grades meet in these two wings. 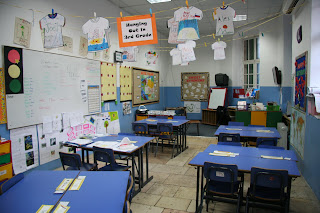 Joel's third grade classroom--there are 14 kids in his class. 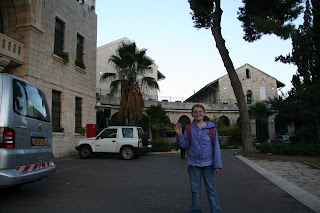 Sarah standing in front of the three secondary wings (6-12th grades) where she enjoys studying drama, Arabic, and humanities and tolerates subjects like math and science. The AISJ library keeps us stocked with bed time reading books for Will.
Posted by chad at 5:22 AM