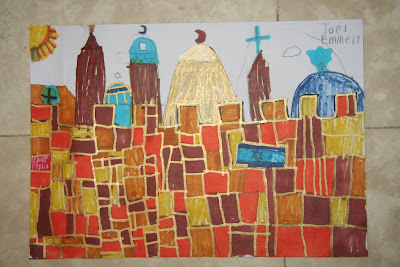 This is the last week of school for Joel and Sarah at the Anglican International School of Jerusalem. Joel has become quite the artist. 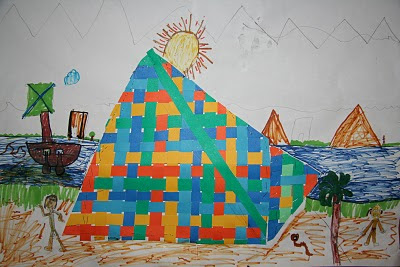 The pyramid is woven strips of paper. 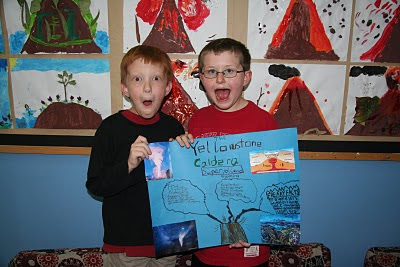 Friday we all went to Joel's third grade exit point in which they demonstrated what they have been learning in their volcano unit. Joel and his good friend Daniel did a report on the Yellowstone super volcano. What they learned freaked both of them out. His teacher even e-mailed us to make sure that we could help Joel not worry. I don't know if Joel will ever dare to visit Yellowstone again for fear that it will all erupt.

All of the students got awards at the exit point. Joel got an award for "Prodigious Poetry". 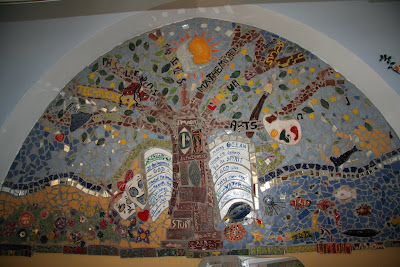 The secondary (6-12) art students all joined efforts to create this ceramic mural that now hangs in the office of the school administrative secretary. Many of the halls and offices of AISJ are decorated with ceramic murals from past years. It is a nice touch. The mural is about the creation and the tree of knowledge. 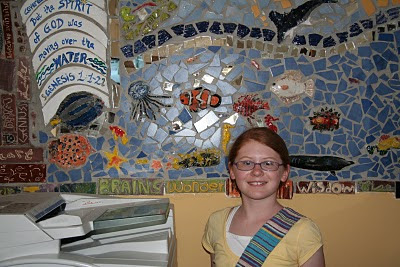 The thirteen sixth graders helped primarily with the waters of the sea portion. Sarah's contribution was the squid, the word "wonder" with its nice yellow curvy script and several of the small fish near the white fish. 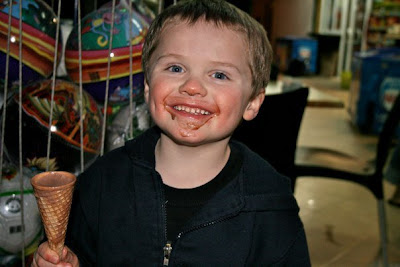 This photo of Will outside an ice cream store in Tiberias last March was posted on Facebook by one of the students. It is a great photo. I'm not sure if chocolate ice cream face painting counts as artistic talent.
Posted by chad at 12:27 PM