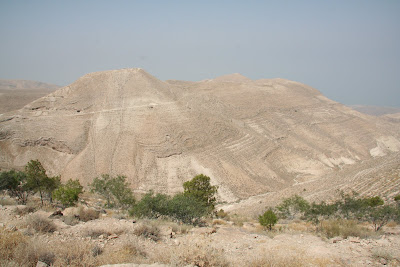 Our Sunday June 14th day trip to Jordan was delightful. We drove in a car with diplomatic plates. A much quicker and easier process of border crossings that with the usual group of 82 students. Our destination was Machaerus the hill top palace/fortress of Herod the Great and then his son Herod Antipas--who ruled Galilee and Perea. It reminds me of the Herodian southeast of Bethlehem and Masada. 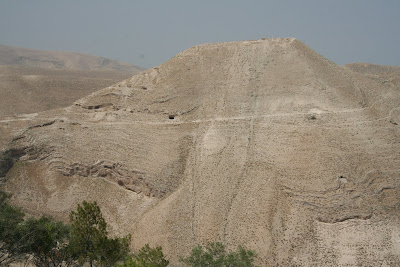 We walked around the north side of the mountain along the white trail over to the start of a siege ramp on the west side. We then climb to the top and then back down the east side. 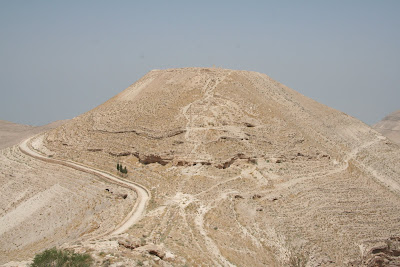 Looking west. Notice the caves along the base. A aqueduct once ran across the spur leading to the mt.and then half way up the mountain to cisterns. Humans or donkeys then carried the water to the top. 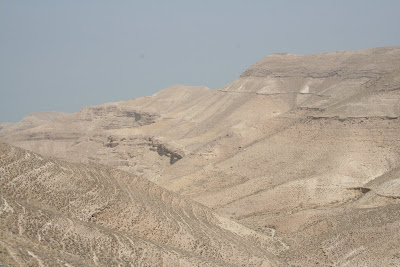 The Dead Sea is in the haze in the distance. One of the Roman siege camps was located on the lower hilltop on the skyline in the middle of the photo. 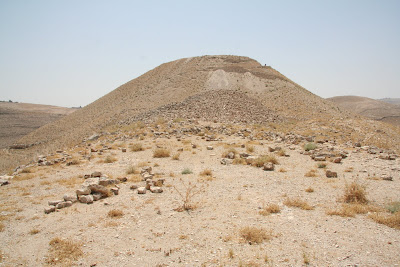 The start of the siege ramp--similar to the one at Masada--only this one was never completed. 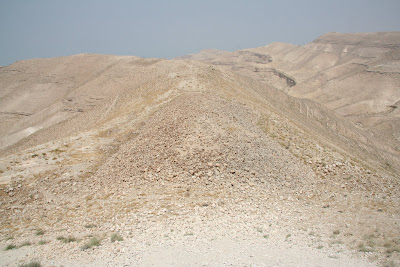 From the summit looking down at the siege ramp. The leader of the zealots was captured and when the Romans threatened to crucify him on the siege ramp in full sight of the zealots and refugees in the fortress, he begged for mercy and then surrendered after negotiating safe passage for the zealots, but not the others. 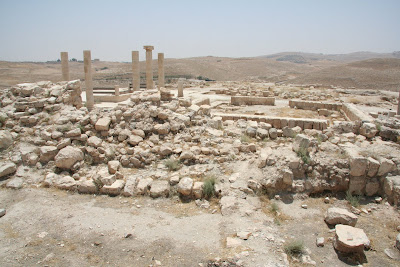 The hill top fortress and palace complex. Somewhere in this complex is where John the Baptist was imprisoned for over a year. It is from here that he sent his disciples with questions for the Christ that they might begin to follow him. And it was here that the daughter of Herodias danced for Herod and when offered anything she wanted she fulfilled her mother's request and asked for the head of John (Matthew 14). 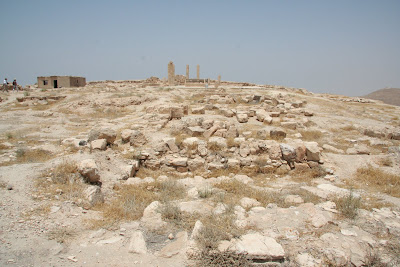 From the east end looking west. 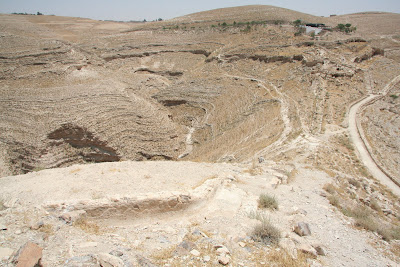 Looking east from the summit. The path (parallel straight lines) of the aqueduct across the spur is visible. A mikva (ritual bath) half way down the east side. Might John still have baptized people here? 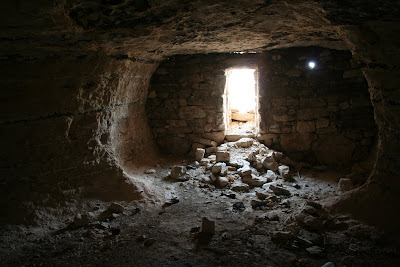 One of the cisterns on the southeast side. These may also have been prison cells, but I imagine John being held up on top. 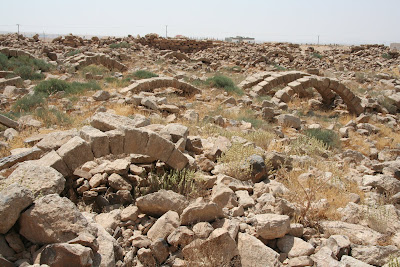 Our next stop was the expansive ruins of Um al-Rasas. It was a large Byzantine Christian city. I was amazed at all of the arches that still remain standing after 1,500 or more years. 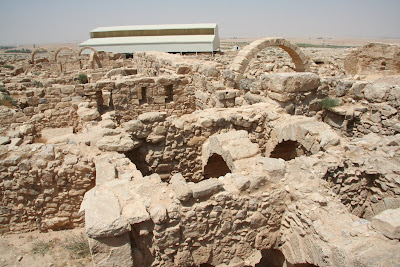 The large white building protects the mosaic floor of one of the Byzantine churches. 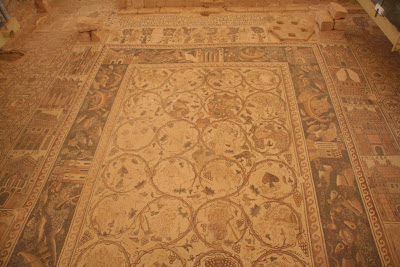 One of the nicest mosaics I have seen. On each side are mosaics of all of the Christian churches in the holy land at the time. This is a nice compliment to the Madaba map of the holy land. 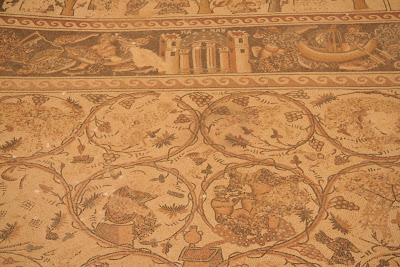 At some point all human faces and animal forms were disfigured. Muslims are known to have done this, but they usually just destroyed the blasphemous mosaics. These mosaics were not destroyed, but rather all of the mosaic pieces were pulled out scrambled and then put back into place in random order so that the images were not recognizable. This intentional act of literally defacing the mosaics, may have been done by iconoclast Christians who sought to remove all human images lest they be worshiped in some idolatrous, no-other-gods-before-me way. 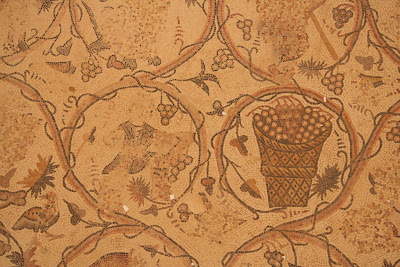 Notice the faceless man on the left and the scrambled animals at the top. Only the basket remains undefaced. 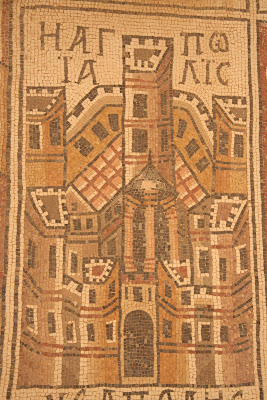 The Holy City of Jerusalem. 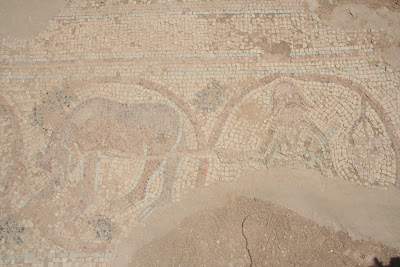 This mosaic was in another section of the church complex. This man's face was spared, perhaps because it had been covered over by sand or something else. To me it looks like he is wearing John Lennon type glasses or dark glasses for the blind. Is he leading the donkey or is the donkey leading him. Is this evidence that the Byzantines used seeing-eye donkeys? :)

We had a late lunch in Madaba and then crossed back across the Jordan. It was a fun day visiting two out of the way sites I had never seen before.
Posted by chad at 9:25 AM