In Will's second grade class the students all get to mail Flat Stanley (based on a favorite children's book series) to some distant place. Will chose to send Stanley to Chennai (Madras India) where his Aunt Diane lives. Other possible destinations for Stanley included Kathmandu to visit Aunt Betsey and family, Uncle Matt and family in Kuwait, Aunt Jan and family in Caracas, Cousin Andrew and family in Taipei, or Cousin Nadia and family in Hyderbad. Aunt Diane, who was in Utah recently to see her son before beginning his LDS missionary service in New England, went all out and made sure Stanley had a great time in Chennai. Here are her photos and commentary on Stanley's visit: 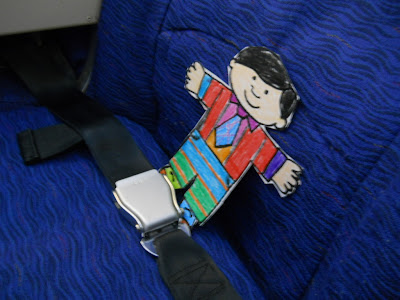 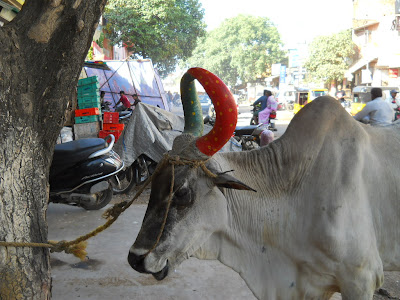 Flat Stanley had a busy day.  He began the day by spotting a decorated cow.  I tried to get a picture of him with the cow but I was alone couldn't find a way to hold Stanley and then take the picture.  Let's just say Stanley took the picture himself. 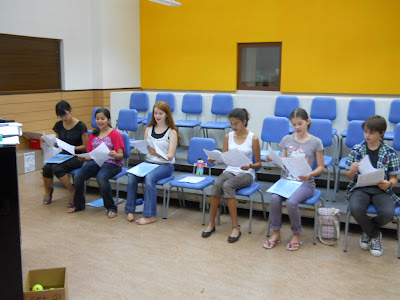 The third picture is Stanley doing sight reading exercises with my 7 grade choir class at the American International School of Chennai.  He was a very good choral student. 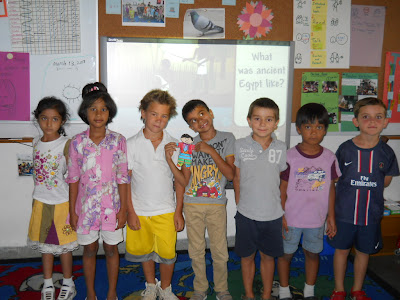 After a morning spent with the music classes, Flat Stanley visited a second grade classroom.  The students were watching a video about Ancient Egypt as part of the Ancient Egypt/Where in the World is Carmen San Diego unit.  Their teacher promised she would read the Flat Stanley book to them tomorrow. 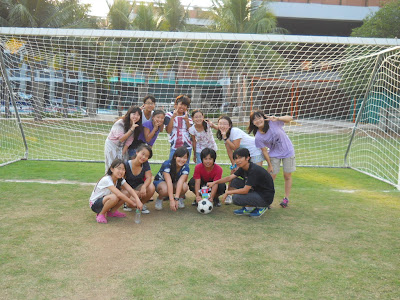 After school was over Stanley played some soccer with a group of Japanese students at school. 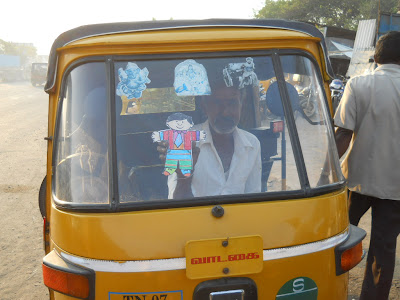 He took a ride home in an auto-rickshaw also known as a three=wheeler.  Motorcycles and three wheelers are the most common form of transportation in Chennai. 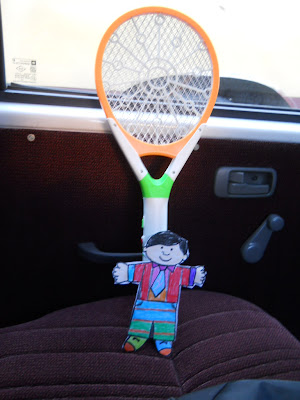 Mosquitoes are a real problem in Chennai right now.  Flat Stanley helped Aunt Diane zap mosquitoes with the mosquito zapper in the car on his way home from school.  He zapped 5 mosquitoes, not bad for a beginner. 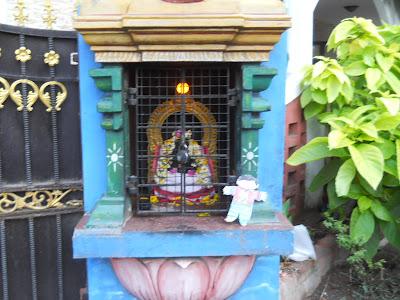 Flat Stanley stopped at a small household shrine built to Ganesh.  Ganesh is the elephant god.  He is believed to bring good fortune and business to a family. 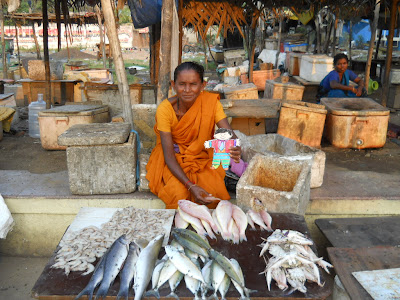 After paying a tribute to Ganesh, Flat Stanley went to the beach front to hang out with the fish sellers.  If you look closely at this picture on the lower left you will see one of those fish is not a fish at all but is in fact a small shark.  Stanley did not buy the shark cause he doesn't know how to cook it 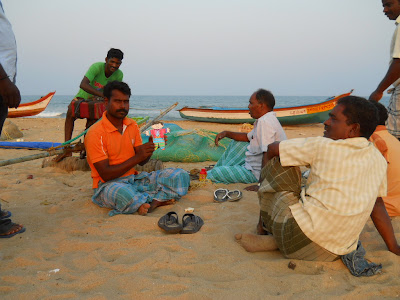 While at the beach front, Stanley took some time to hang out with the fishermen who fished the shark from the ocean.  They go out to fish in the middle of night and bring the catch in just as the sun is rising.  They hand the catch over to their wives who sell the fish while they go to sleep.  In the late afternoon, they hang around the boats fixing their nets and engines until it is dark and they go out again. 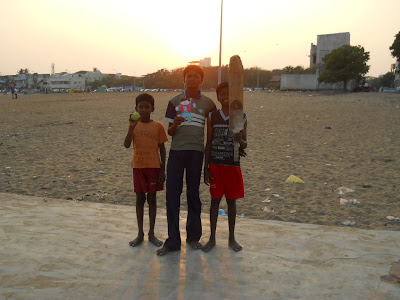 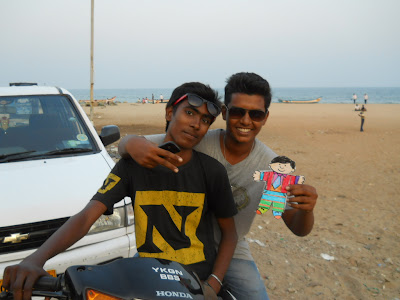 After taking pictures at the beach, these very cool boys wanted their picture taken with Stanley too. They thought he was very cool.

Here are some details about Chennai, India. 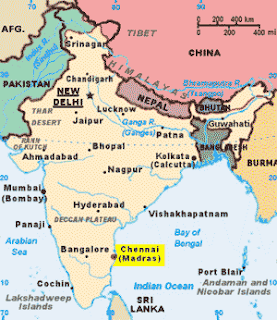 Chennai is city on the East coast of India on the Bay of Bengal.  It has a population of nearly 5 million people.   It is the state capital of the Indian state of Tamil Nadu.  The main language here is called Tamil.  The word for hello in Chennai is "vanakam."  "Nantri" means thank you.  Most of the people are Hindus which is a religion that worships many different gods.  People from Chennai are very nice and friendly. 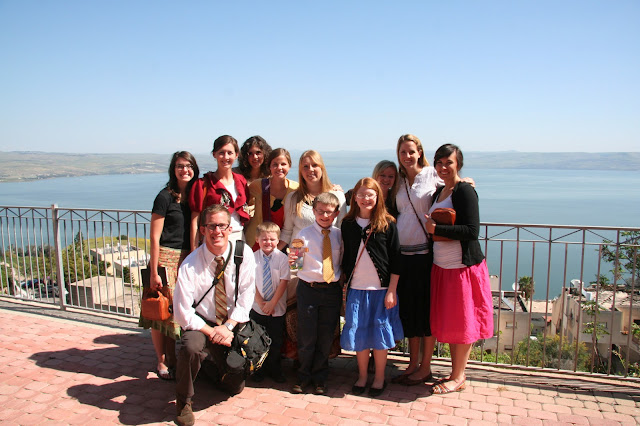 In this photo from 2010 Joel is holding Flat Stanley (sent to him by one of his Springville friends) when he visited our family in Jerusalem and the Galilee.
Posted by chad at 2:28 PM