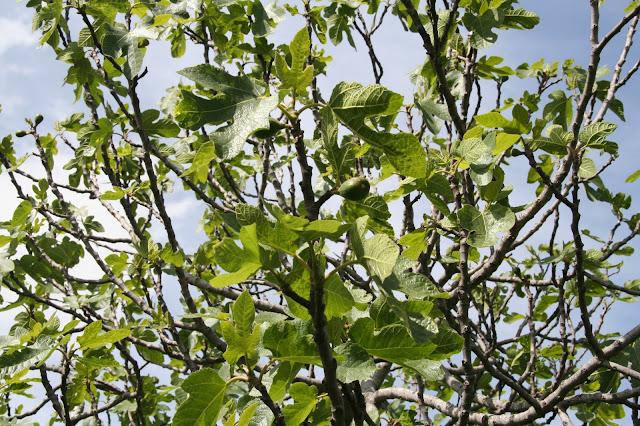 12 And on the morrow, when they were come from Bethany, he was hungry:
13 And seeing a fig tree afar off having leaves, he came, if haply he might find any thing thereon: and when he came to it, he found nothing but leaves; for the time of figs was not yet.
14 And Jesus answered and said unto it, No man eat fruit of thee hereafter for ever. And his disciples heard it. 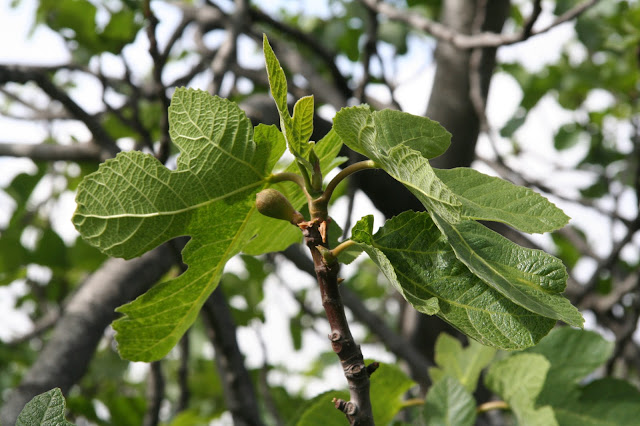 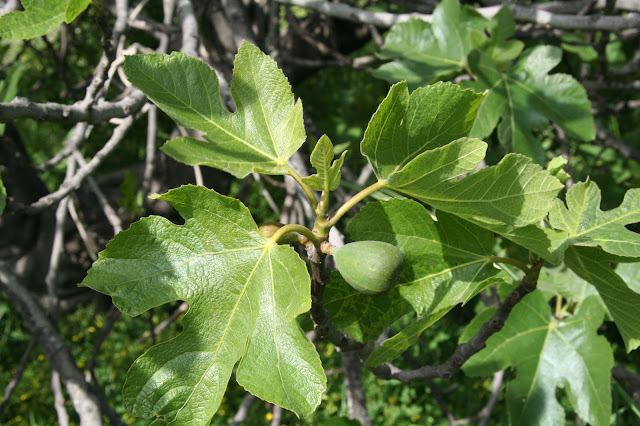 Figs (not ripe until summer) from the day after Palm Sunday in Jerusalem. These trees would not have been cursed. 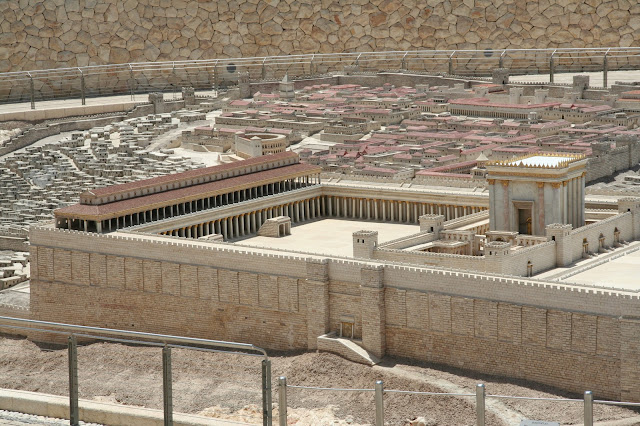 Jesus spent the day on Monday teaching in the temple. 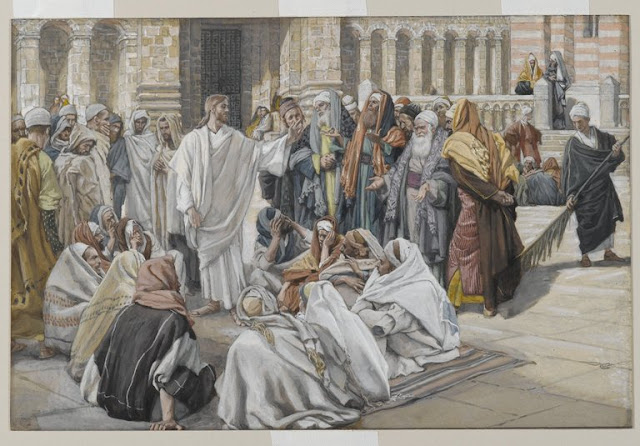 Matthew 21
23 And when he was come into the temple, the chief priests and the elders of the people came unto him as he was teaching, and said, By what authority doest thou these things? and who gave thee this authority?
24 And Jesus answered and said unto them, I also will ask you one thing, which if ye tell me, I in like wise will tell you by what authority I do these things.
25 The baptism of John, whence was it? from heaven, or of men? And they reasoned with themselves, saying, If we shall say, From heaven; he will say unto us, Why did ye not then believe him?
26 But if we shall say, Of men; we fear the people; for all hold John as a prophet.
27 And they answered Jesus, and said, We cannot tell. And he said unto them, Neither tell I you by what authority I do these things. 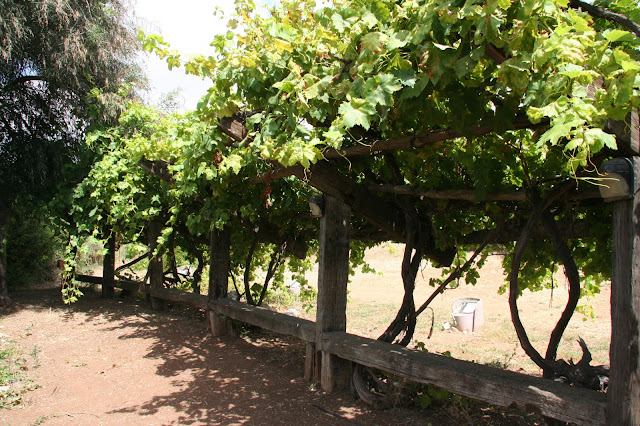 Matthew 21
28 But what think ye? A certain man had two sons; and he came to the first, and said, Son, go work to day in my vineyard.

29 He answered and said, I will not: but afterward he repented, and went.
30 And he came to the second, and said likewise. And he answered and said, I go, sir: and went not.
31 Whether of them twain did the will of his father? They say unto him, The first. Jesus saith unto them, Verily I say unto you, That the publicans and the harlots go into the kingdom of God before you.
32 For John came unto you in the way of righteousness, and ye believed him not: but the publicans and the harlots believed him: and ye, when ye had seen it, repented not afterward, that ye might believe him. 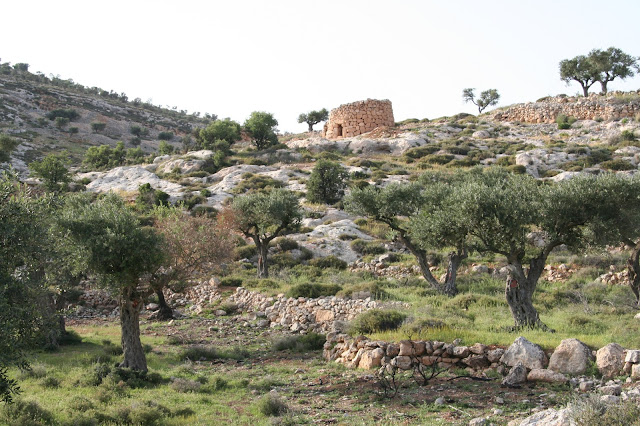 A watch tower over looking agricultural land in the valley between Jerusalem and Bethlehem.

33 ¶Hear another parable: There was a certain householder, which planted a vineyard, and hedged it round about, and digged a winepress in it, and built a tower, and let it out to husbandmen, and went into a far country:
34 And when the time of the fruit drew near, he sent his servants to the husbandmen, that they might receive the fruits of it.
35 And the husbandmen took his servants, and beat one, and killed another, and stoned another.
36 Again, he sent other servants more than the first: and they did unto them likewise.
37 But last of all he sent unto them his son, saying, They will reverence my son.
38 But when the husbandmen saw the son, they said among themselves, This is the heir; come, let us kill him, and let us seize on his inheritance.
39 And they caught him, and cast him out of the vineyard, and slew him.
40 When the lord therefore of the vineyard cometh, what will he do unto those husbandmen?
41 They say unto him, He will miserably destroy those wicked men, and will let out his vineyard unto other husbandmen, which shall render him the fruits in their seasons.
42 Jesus saith unto them, Did ye never read in the scriptures, The stone which the builders rejected, the same is become the head of the corner: this is the Lord’s doing, and it is marvellous in our eyes?
43 Therefore say I unto you, The kingdom of God shall be taken from you, and given to a nation bringing forth the fruits thereof.
44 And whosoever shall fall on this stone shall be broken: but on whomsoever it shall fall, it will grind him to powder.
45 And when the chief priests and Pharisees had heard his parables, they perceived that he spake of them.
46 But when they sought to lay hands on him, they feared the multitude, because they took him for a prophet. 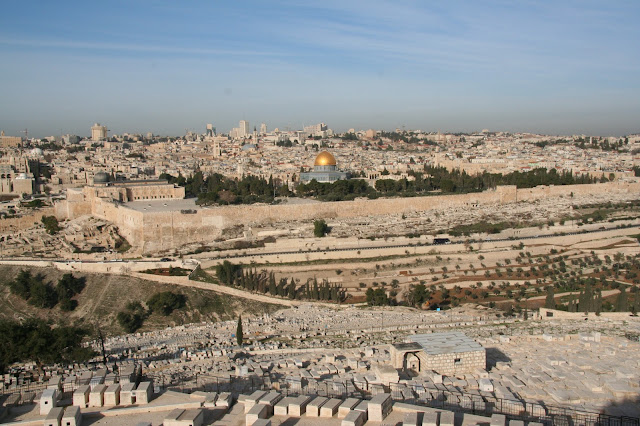 The Temple Mount today. Also known to Muslims as the Haram al-Sharif (Nobel Sanctuary) with its two mosques. 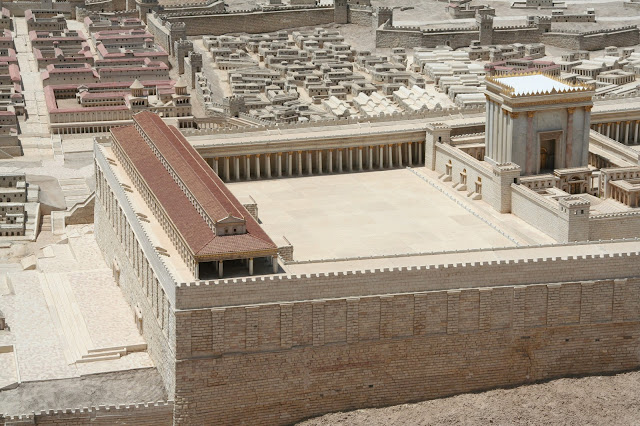 The southern portion of the temple is the court of the gentiles. 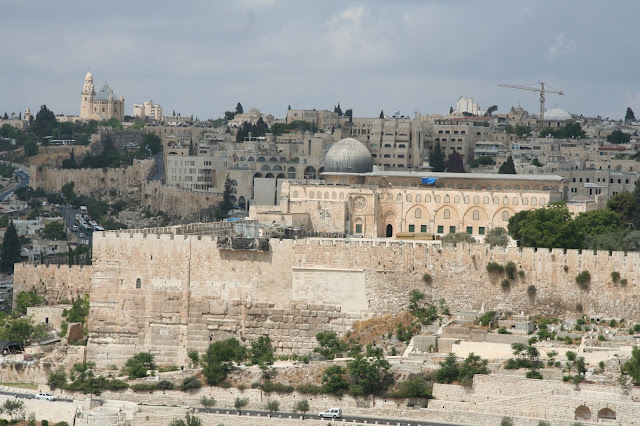 The al-Aqsa (the farthest) mosque is now located there. 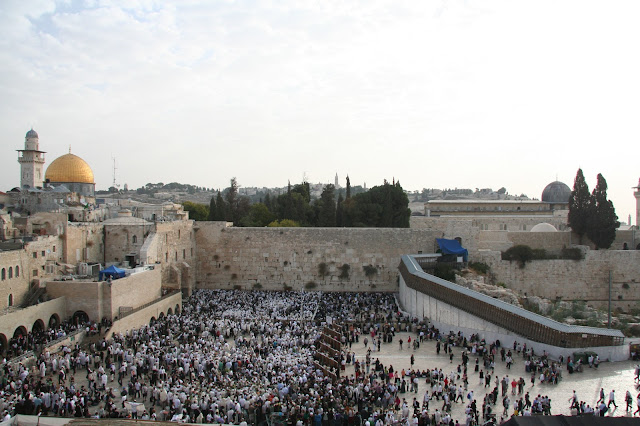 The temple complex and all of Jerusalem would have been crowded with Jewish pilgrims and worshipers. Here modern day Jews gather at the Western Wall (a remnant of the retaining wall that held up the platform of Herod's expanded Temple Mount) for morning prayers during the Feast of Succot. 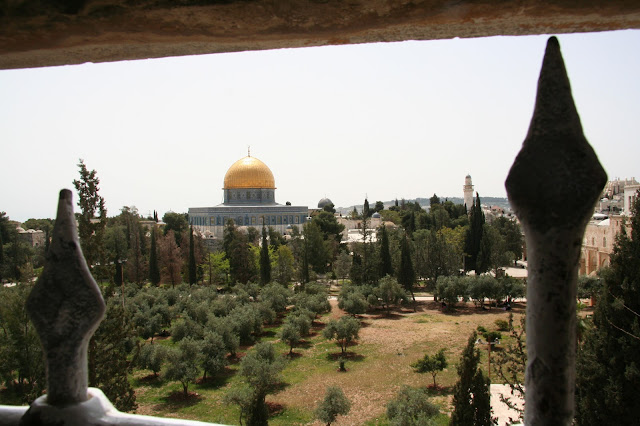 The Romans and Herod were always concerned that the large crowds of Jews in Jerusalem for the feast days might turn to revolt.This view southward from the northwest corner of the Temple Mount is where the Antonia Fortress was located (an Arab high school is now located here) and from where ruling authorities could keep an eye on restive Jews gathered on the Temple Mount. 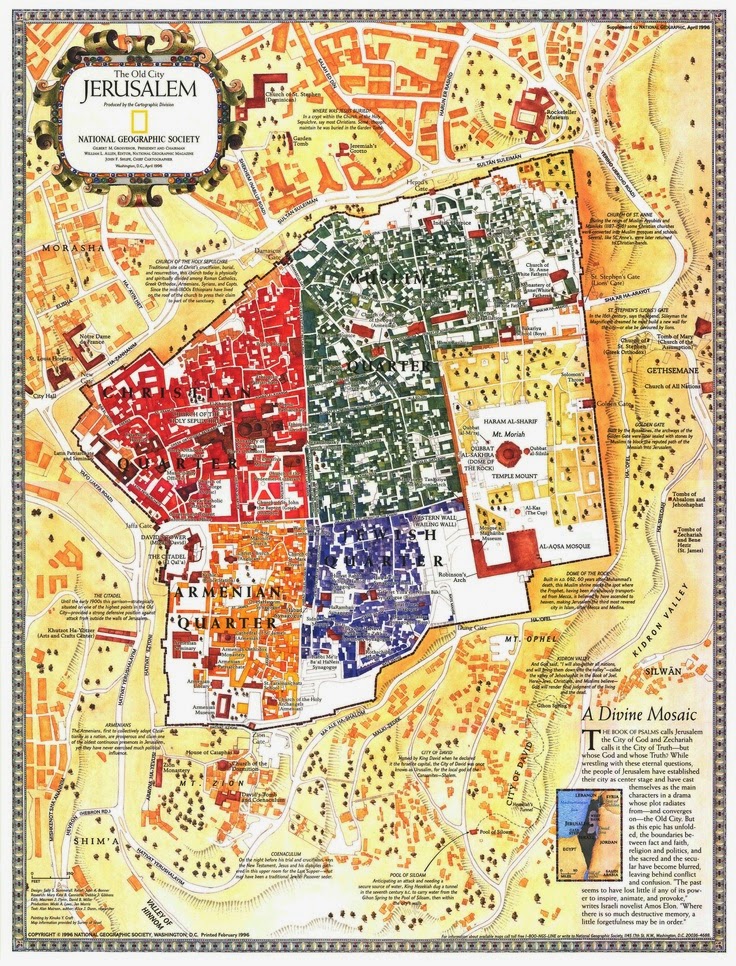 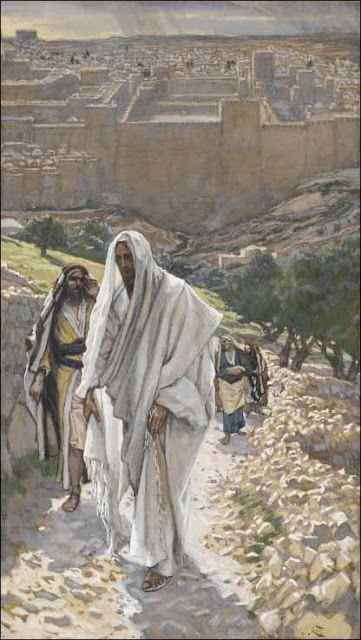 Jesus Goes in the Evening to Bethany by James Tissot
Posted by chad at 8:57 PM