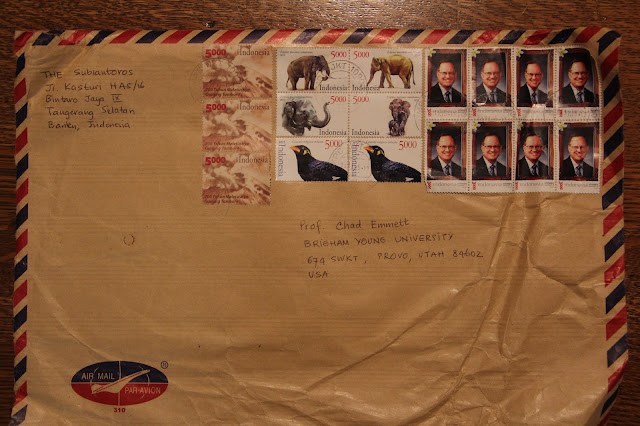 Last Wednesday at work I was happily surprised to find a large envelope from Indonesia in my mailbox. At first glance I was delighted that the sender had done what this former stamp collector always does--apply as many and as varied of stamps as possible. Then at second glance I was shocked to see my face on some of the stamps. How could this be? I climbed the stairs to my 6th floor office with a big smile on my face thinking "what in the world is this all about?"

It was an early Christmas gift from the Subiantoro family in Jakarta. I don't know how I happened to be on their Christmas giving list this year, but for whatever the reason it was a welcome boost to my Christmas cheer. They are a wonderful family and I am glad our paths continue to cross. I first met Linda Tandiman Subiantoro in 1976 when I was a missionary in Jakarta and she was a teenager in the LDS branch. We reconnected about 10 years ago when I was interviewing her parents for my book on the history of the LDS Church in Indonesia. Her husband Djarot Subiantoro is serving as the first Stake President of the Jakarta Stake. I met him in 2012 when I interviewed him for my book. At that time I joined with their family and other members as we delivered relief supplies to a Jakarta neighborhood destroyed by a fire. 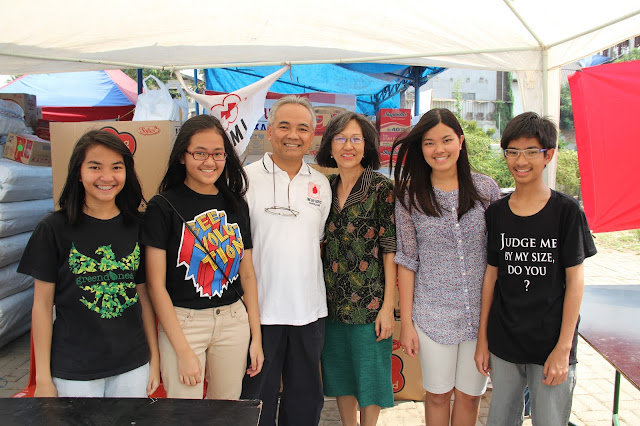 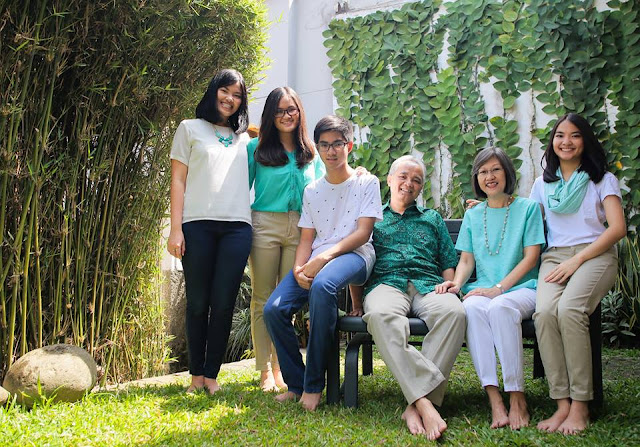 Additionally their oldest daughter Kinantia (left) worked as my TA in 2011 when I taught Indonesian Literature--FLANG 340. It was her freshman year at BYU and she really did an impressive job of helping out in the class. She has since graduated and now works in Jakarta. For the past year and a half, third daughter Astrinia (right) has been diligently and efficiently working as the chief transcriber and translator of my many interviews. She is a sophomore majoring in statistics. Second daughter Taradita (2nd from left) is now back at BYU after serving a Mandarin speaking mission in Oakland. 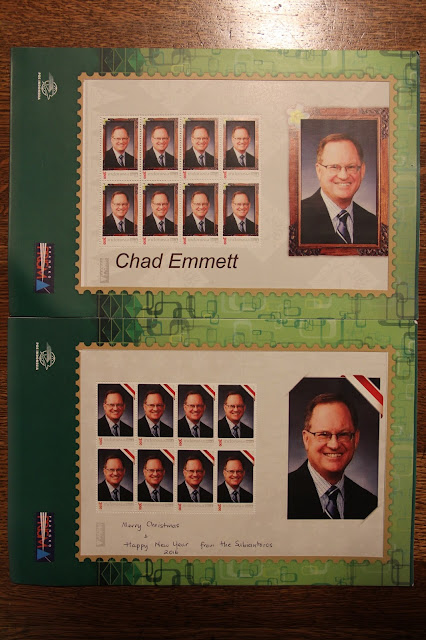 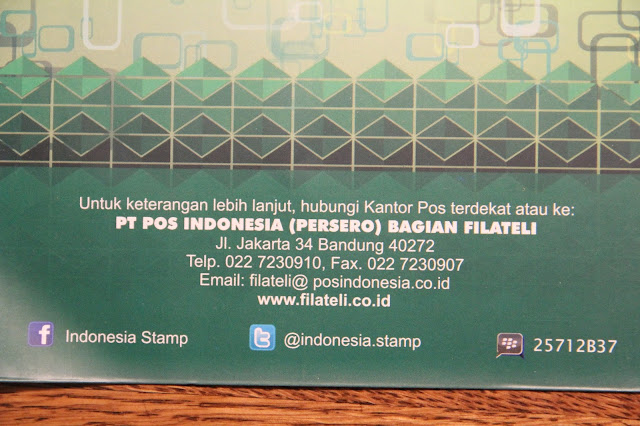 Here's how to order:

So the Postal Service of Indonesia has come up with the clever idea of vanity stamps (aka individualized stamps--perangko pribadi). Send them a photo and shazam that person will become legal tender for mailing letters and they get to join the ranks of many other "famous" people honored across the globe on stamps. It looks like three sheets of my mug shot were ordered. Two were included in the envelope and one used as part of the cost of postage. Each stamp costs 3,000 rupiah. What a fun and unique Christmas gift. Sarah wanted to use the stamps to send out Christmas cards, but I reminded her that the stamps are only good for items mailed from Indonesia (plus we are very negligent in sending out cards). 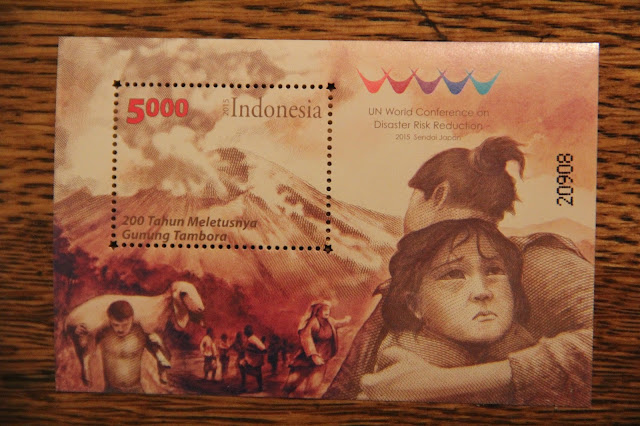 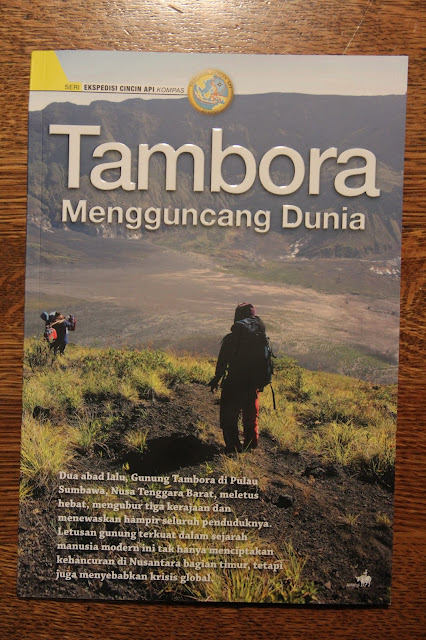 The giving didn't stop there. Also included in the envelope were two commemorative stamps marking the 200th anniversary of the eruption of Tambora (of great interest to this geographer)--which caused the "Year without a summer" that compelled the Joseph Smith family to move from Norwich, Vermont to Palmyra, New York, which is the first story I tell in my book (read and see more about it at this post: http://beitemmett.blogspot.com/2014/06/road-trip-new-hampshire-and-vermont.html) Also inside was an impressive book all about Tambora with maps and diagrams and historic photos.

Terima kasih Subiantoros for being so kind and thoughtful. Thanks also for bringing a smile to my face. I hope you have a Merry Christmas too.
Posted by chad at 11:55 PM