Monastery of the Cross 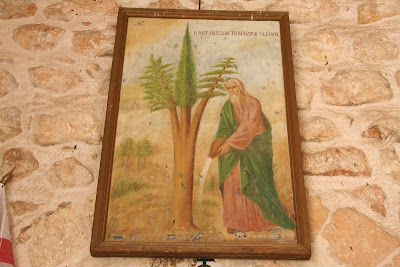 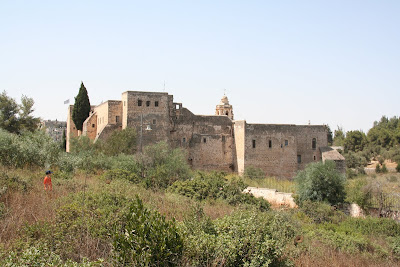 The Monastery of the Cross is located in West Jerusalem near the Knesset and Israel Museum. Once upon a time it was far from the city of Jerusalem and its protective walls so it necessarily is very fortress like. Its claim to fame is the site where the tree was cut for the cross of Christ. The monastery was at first Byzantine (destroyed by the Persians) and then Georgian (as in the Caucasus Mountains not SE USA) but as the Georgian Christians lost power and influence the Greeks then took over control. 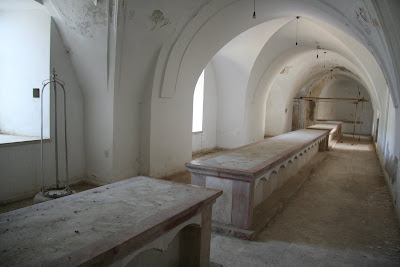 It was once bustling with many more monks than the few who inhabit it today as evidenced by this once-used large dinning hall. 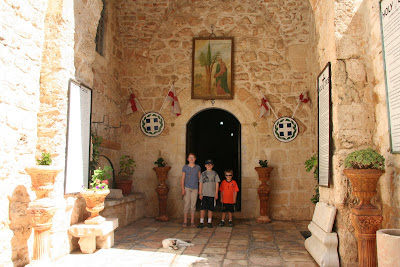 The entrance to the church within the monastery. 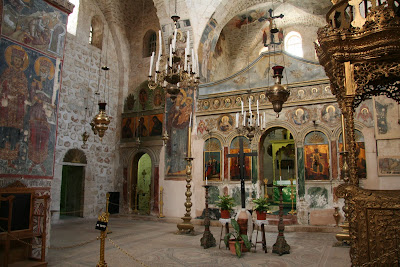 The open doorway to the left of the iconostasis leads to a tiny chapel. 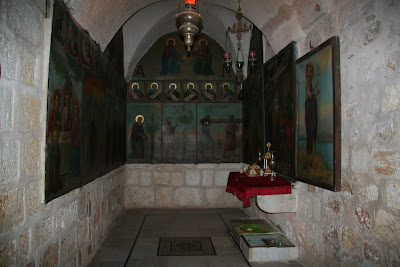 It is on this location that the tree grew. The commemorative murals tell an interesting story. 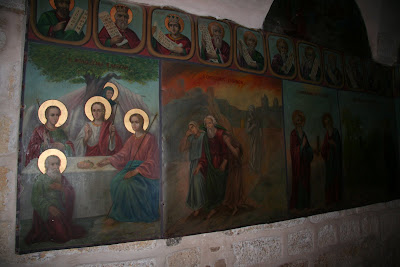 When the three heavenly visitors came with good tidings for Abraham and Sarah (hiding behind the tree) they left their three staffs. Abraham then gave the three staffs to a fleeing Lot (with two daughters) with the command that if he wanted to find favor with God he should take the three holy staffs to Jerusalem and plant them. 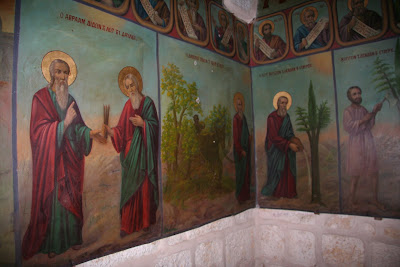 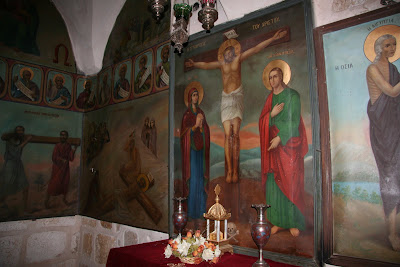 That tree became the cross. Believe it or not.
Posted by chad at 9:56 PM